Ridley Scott’s Alien is one of the most influential and successful horror films in history.  Not coincidentally, it’s also one of the most terrifying, and the eponymous extraterrestrial... 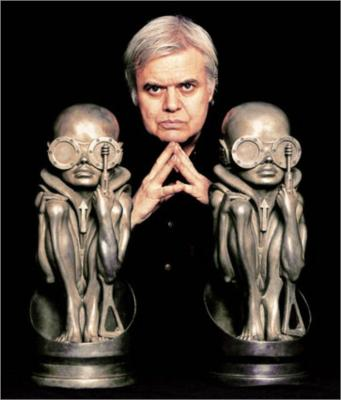 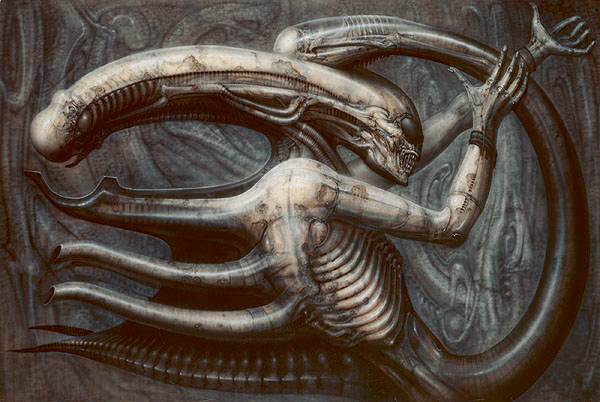 Ridley Scott’s Alien is one of the most influential and successful horror films in history.  Not coincidentally, it’s also one of the most terrifying, and the eponymous extraterrestrial monster continues to fuel nightmares for even the most hardened movie viewers.

For that, we have surrealist artist HR Giger to thank.

Giger coined the term “biomechanical” to describe the style of his work, which combined mechanical and human elements in unsettling, monochrome tableaus of human faces and twisting flesh entwined with jutting scaffolding and gears, always centered around motifs of birth, sex, and death. 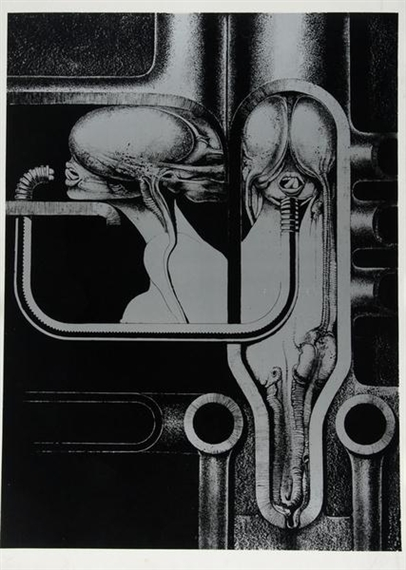 Giger’s involvement with Alien came when the film’s producer, Dan O’Bannon, showed Scott a book of Giger’s paintings called Necronomicon. A painting title Necronom IV, pictured at the top of this article, immediately caught Scott’s attention. The image became the basis for the alien creature, the original mock-up of which, created by Giger and designer Carlo Ramaldi, included pieces of a human skull to make up the creature’s face.

Once on board, Giger went on to design all of the alien aspects of the film, including the “space jockey” and the cavernous interiors of the aliens’ planetoid ship, all of which he airbrushed entirely by hand. Giger also designed the alien eggs and “face hugger”, as well as a version of the infamous “chest burster” that was later refined and altered for the final film. 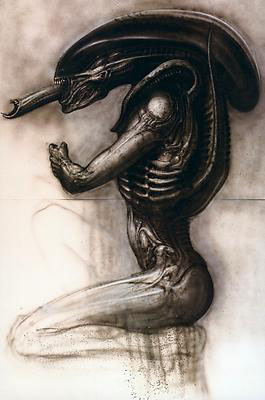 The film went on to be a massive, terrifying success and won a number of awards, including a Visual Effects Oscar for Giger and Rambaldi, and pushed Giger into a degree of popularity and fame that was unprecedented in the art world at the time.

In May of 2014, shortly before the 35th anniversary of Alien’s US release, Giger suffered a fall and died in the hospital as a result of his injuries. Now, two theme bars, personally designed by Giger, and an installation of his works at the Château Gruyères showcase his unique and influential images, including a full-scale model of the alien monster that continues to haunt film fans today.