Jaws is the smartest movie ever made in the way that it's disguised as a character drama. But underneath the surface, it is very much a horror film.

Water is essential to human life. It’s in our bones; 31% of our skeletal system is composed of it. The sound of it alone fills many with a sense of tranquility. It is clean. It is pure. And thanks to Peter Benchley’s 1974 novel Jaws, it has since become a source of absolute terror for many.

Here’s how you make a successful horror movie: take something innocent and turn it horrific. Better yet, take something essential, something unavoidable, and twist it into something so terrible that you’d want to avoid it at all costs. In Jaws, a renegade shark wreaks having upon a relatively peaceful town. A typical day at the beach turns to bloodshed, and in its wake, weeks of horror for the people of this town ensue.

So, here’s the thing. There are many who will be confused at the statement that Steven Spielberg’s adaptation of the novel is a horror movie. But it is. It undoubtedly is. The film is rooted in terror – the visual depictions rivaled only by the foreboding score (thank you, John Williams). It’s one of the scariest movies ever made, but the really terrifying thing is not what’s happening in the movie. Instead, it’s how it affects you afterward.

There is not one person that I have met who has not, at least for a split second, thought about the possibility of Jaws becoming a reality for them. It’s wormed into our collective brain so deeply that it follows us not only to the beach but into ridiculous places as well – a pool, for example, at night. You know there won’t be a shark in it; there can’t be. But fear rises above logic, and it sneaks itself into the most benign situations.

A lurking terror beneath the surface awaits us all. Or at least that’s the way that Jaws wants you to think. The film is nothing short of a masterpiece. It’s filled with drama and believable, unforgettable characters. Yet the thing most remembered from the movie is the way it tricks us – though some may be so frightened that they would argue about the use of the word “trick” – into being scared of something that is both crucial and abundant. It’s water, for Christ’s sake. What’s so scary about water?

It doesn’t just stop there, though. What about rivers? Streams? There aren’t any sharks in there. But what if there was something else? What if something we don’t even know about is waiting for an unsuspecting vacationer?

And then, of course, it brings about the true anxieties of the deep. Waves. Storms. Undercurrents. Though these aren’t things that are present in the film, fear is a slippery slope. Simply put, Jaws has been able to ruin nearly every aspect of water besides Poland Spring for the foreseeable future. 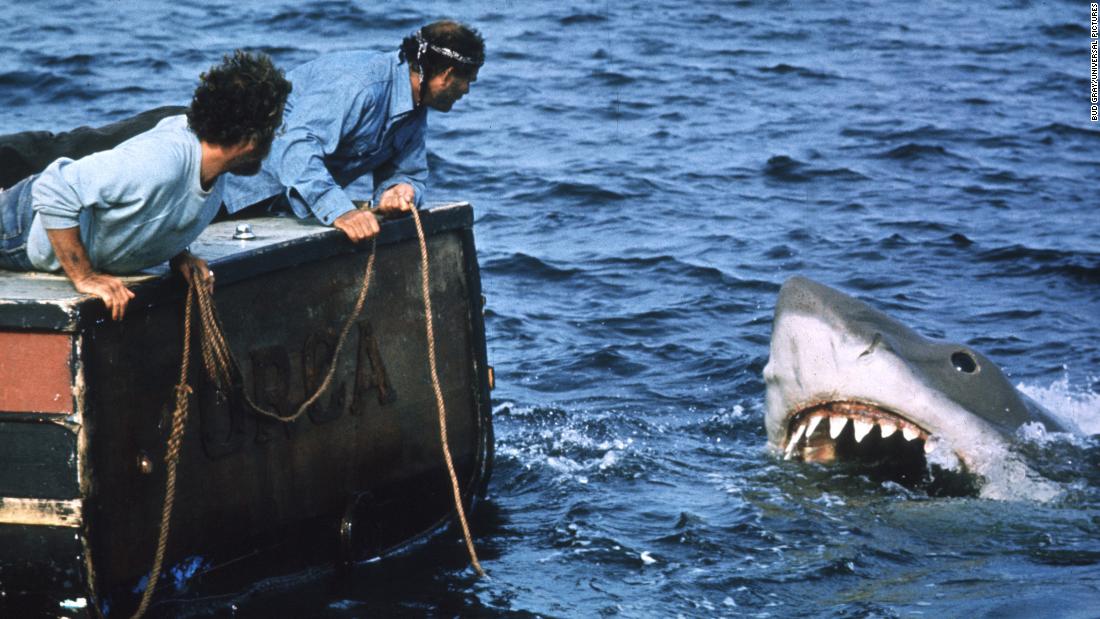 With this in mind, it begs the question of why exactly the film isn’t seen as being a full horror movie. Maybe it’s not obvious, but it’s there. Certain tropes, for the most part, are missing. The violence happens in the middle of the day. There’s no dark ambiance to let you know that something’s about to happen besides that haunting chromatic piano riff. It’s not gory and doesn’t rely on scenes of decapitation of violent dismemberment. It’s more of a psychological thing; the shark attacks during the daytime in a crowded environment where everything’s supposed to be safe. And with so many other people there, what are the real odds of you being the victim? If anyone is going to be attacked, it’s going to be someone else. It’s always someone else.

Just keep in mind that you are the someone else as well.

Horror has become something of a bad word in the realm of respectable cinema. Some will argue that Psycho is more of a thriller and Silence of the Lambs is a drama. Yet, the core element of both of those films, as well as Jaws, is the primal fear that it is able to invoke in all of us. With that said, Jaws may be the smartest horror movie ever made. It is timeless.