Alien 3 was released theatrically in 1992 and was recut for the Assembly Cut in 2003, which I take a look at for the first time. 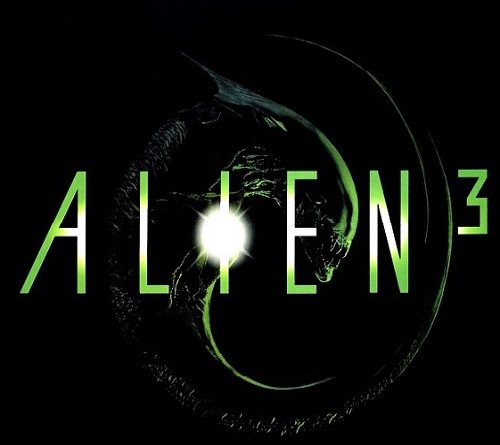 I’ve only heard bad things about Alien 3. From problems with the script to a rushed production to shoddy effects – it’s all been pretty bad. Because of this, I’ve avoided it for a number of years. I’ve heard enough details to be knowledgeable about a substantial amount of the plot, and none of it seemed too appealing.

Still, for Alien day, I figured I should finally give it a go. After all, I’ve always prided myself on being as unbiased as possible when it comes to my opinion on movies, and it’s really not hard to please me when it comes to film. I enjoy movies. I love every part about watching them. It’s very hard for me to find something that I really hate. (This is not to say that I haven’t, as you may know from previous reviews.)

My first impression was of understanding. From the opening sequence of Alien 3, I could absolutely understand why so many found the film to just be unnecessarily mean. Ripley crashes on a nearly desolate prison planet, Fiorina “Fury” 161, and everyone else in her escape pod is dead. The end. Goodbye. Everything that was so important about the ending and Ripley’s struggle in Aliens is just negated offscreen.

This sets up an incredibly dreary atmosphere for the rest of the film. On a planet consisting of a little over two dozen convicts, Ripley is alone. She is an outsider. She is subjected to sexism and even attempted rape. Oh, and on top of that, she now has a xenomorph growing inside of her. I would truly hate to be Ripley in this film.

Alien 3 seems to meander around, taking up space and wasting time without much plot development. From what I understand, the Assembly Cut, released in 2003, had a significant amount of changes to the original film. Much of this adds a level character development. It ends up really feeling as if nothing is happening and the film is existing just to exist. Two and a half hours makes for a very long movie – a very long movie where the plot shifts only a handful of times until the final forty-five minutes.

It really is a shame because the film has such a strong cast. Sigourney Weaver is incredible as usual. Joining her are Charles Dance and Charles S. Dutton, while also featuring a small amount of screentime by Lance Henriksen. Even the smaller players in the film give it their all and deliver a convincing performance. It would appear that everyone in the film is trying their absolute best to make a bad situation better – ultimately, the results are lackluster at best.

The biggest problem, in my opinion, would be the xenomorph itself. There are more than a few sequences in which the alien just looks bad. It’s added in by CGI and just does not look convincing. It’s really a bummer.

I would have loved to enjoy this film. I mean, who goes into a film hoping to dislike it? It’s not the worst I’ve ever seen – there have been far, far worse – but the feeling I was left with after the credits rolled was that “This movie was unnecessary.”

Upon deeper introspection, it could be argued that this was the only logical step for Ripley’s story. At this point, she is cursed. She and the xenomorph have a relationship that seems to be haunting her, and will for the rest of her life. It could be argued that the first three films, put together, work as an epically long tragedy. Would it have been better for her to once again defeat her enemy and walk away in one piece? Her sacrifice is heroic, this is true, but would it have made for a substantially more satisfying ending if she was able to live?

Actually, yeah. I think I would have liked that a lot better. Oh well!