Halo Wars 2 Review By Richard Lynch   When the first Halo Wars launched in 2009, nobody really expected to see a sequel despite a devoted fan base and...
by Richard Lynch February 27, 2017 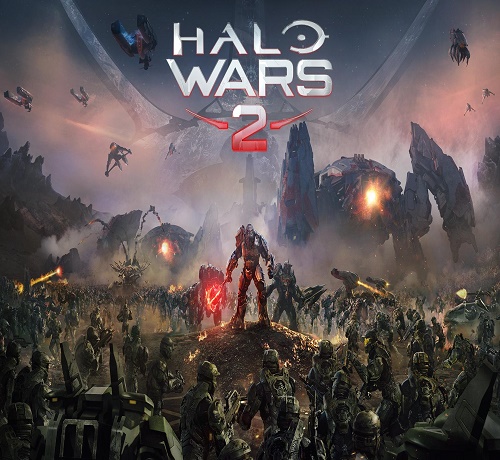 When the first Halo Wars launched in 2009, nobody really expected to see a sequel despite a devoted fan base and a cliffhanger ending. The console RTS had always been thought of as an unachievable fantasy and while Halo Wars made massive strides toward mapping complex strategy controls to a controller, it never quite reached the heights of games like Starcraft or Age of Empires. Improbably, a sequel has arrived this time developed by veteran developer Creative Assembly who takes the reins from Ensemble Studios. Like the first game, it’s a great Halo game wrapped inside of an average RTS. 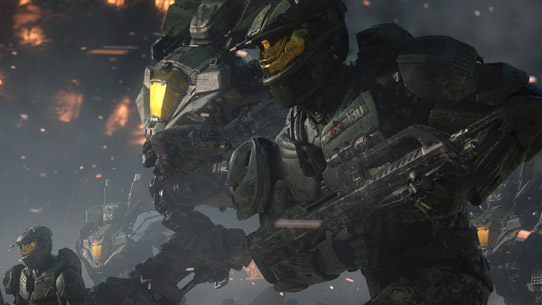 For those who missed the first game, Halo Wars 2 is a real-time strategy game set within the Halo universe. It follows a basic rock-paper-scissors structure where vehicles are strong against infantry; air units chew up ground vehicles and infantry take down air units. There are a small number of upgrades that make it easier for units to defeat their opposites. Base building is limited to a select number if predesignated spots that allow for the construction of unit production facilities and factories that indefinitely produce one of the game’s two resources. 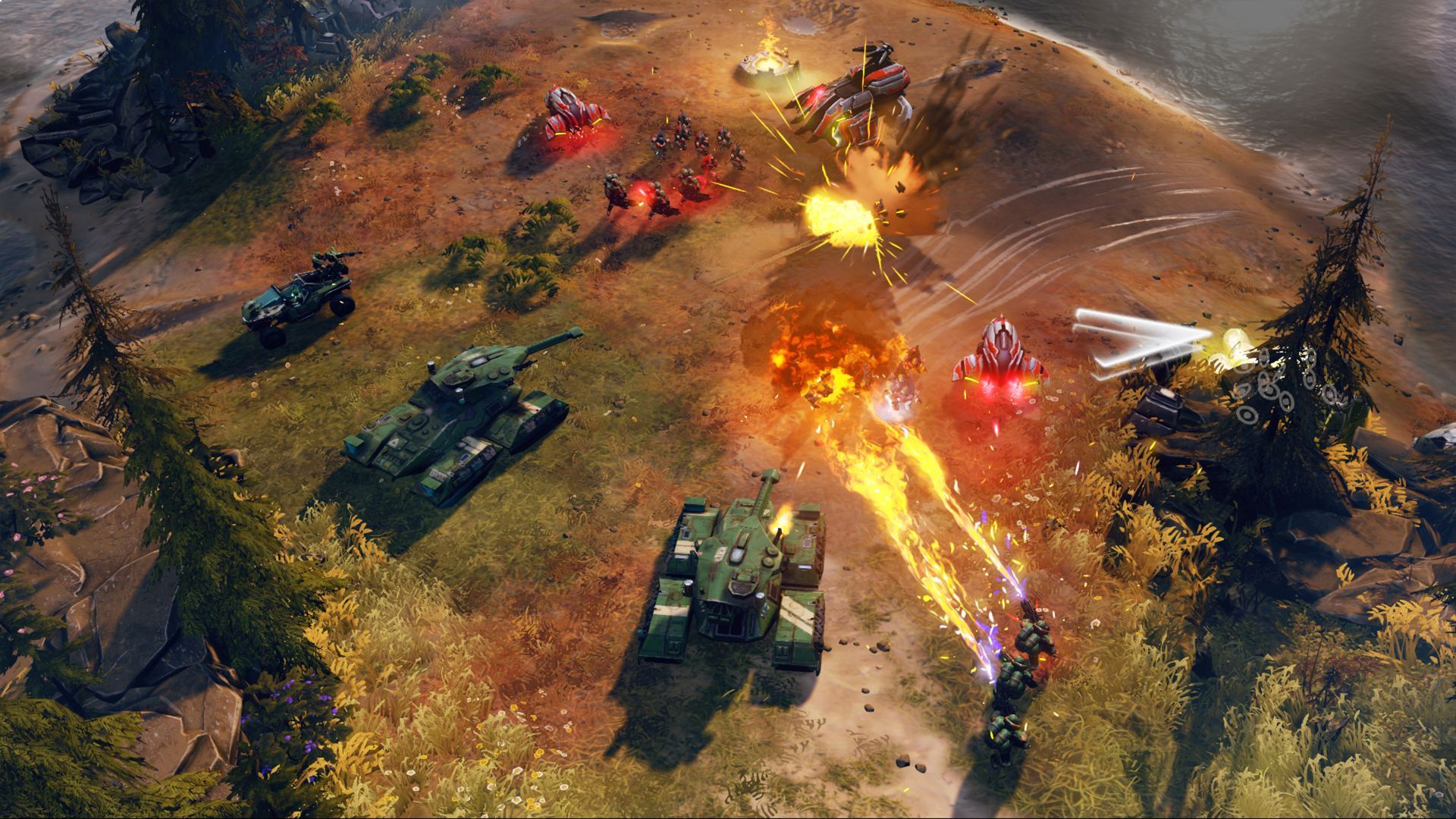 Simple base building means that players can spend most of their time focusing on their units. The addition of control groups offers this sequel an added layer of control over troops on the battlefield, but I found that the choice of selecting all units on screen or my entire army to be more than enough for most situations.

Versions of almost every unit from the original Halo Wars make a return on the UNSC side with the new Banished faction being comprised of a mix of redesigned classic Covenant vehicles and completely original Brute-themed vehicles that are functionally identical to their UNSC counterparts. Every single unit is heavily detailed and well animated which adds personality to the various marines and brutes running around the battlefield. 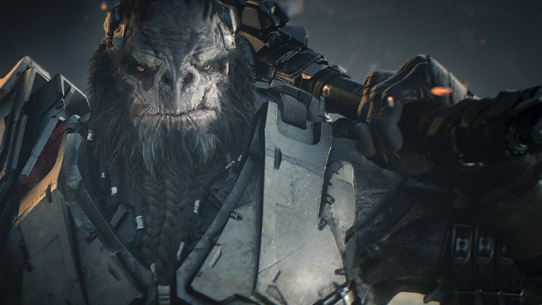 The strongest aspect of Halo Wars 2 is the story which takes its cues from the earliest Halo games. Taking place decades after the original game and shortly after the events of Halo 5, we rejoin the crew of the Spirit of Fire when they are suddenly awoken from cryo-sleep over the Ark, which players may recognize from Halo 3. Captain Cutter, Professor Anders, and Spartan Red team return to narrate gameplay and appear in a limited number of beautifully rendered cut scenes created once again by Blur. This time they are joined by Isabel, a personality packed Logistics A.I. who makes a welcome addition to the Halo series cast. They are challenged by Atriox, a brute chieftain he fought head to head with the Covenant for years leading up to their eventual downfall. He has a terrifying presence but is hardly ever seen in the game. Over the course of 12 missions, players will lead Cutter’s troops across the arc in a series of strikes against the forces of Atriox. The story is brief but engaging and leaves the potential for even more exciting stories in the future.

A basic suite of multiplayer modes is included that focus on fast escalating action, but the premier mode is Blitz which forgoes base building for cards that spawn units. It’s an exciting fast paced mode with a short time frame for console player, but I’m not sure if this mode has legs in part due to the inclusion of microtransactions that allow players to purchase additional cards rather than earn them through play. There is also a cooperative version of Blitz called firefight that allows players to work together against ever increasing hordes of enemies. 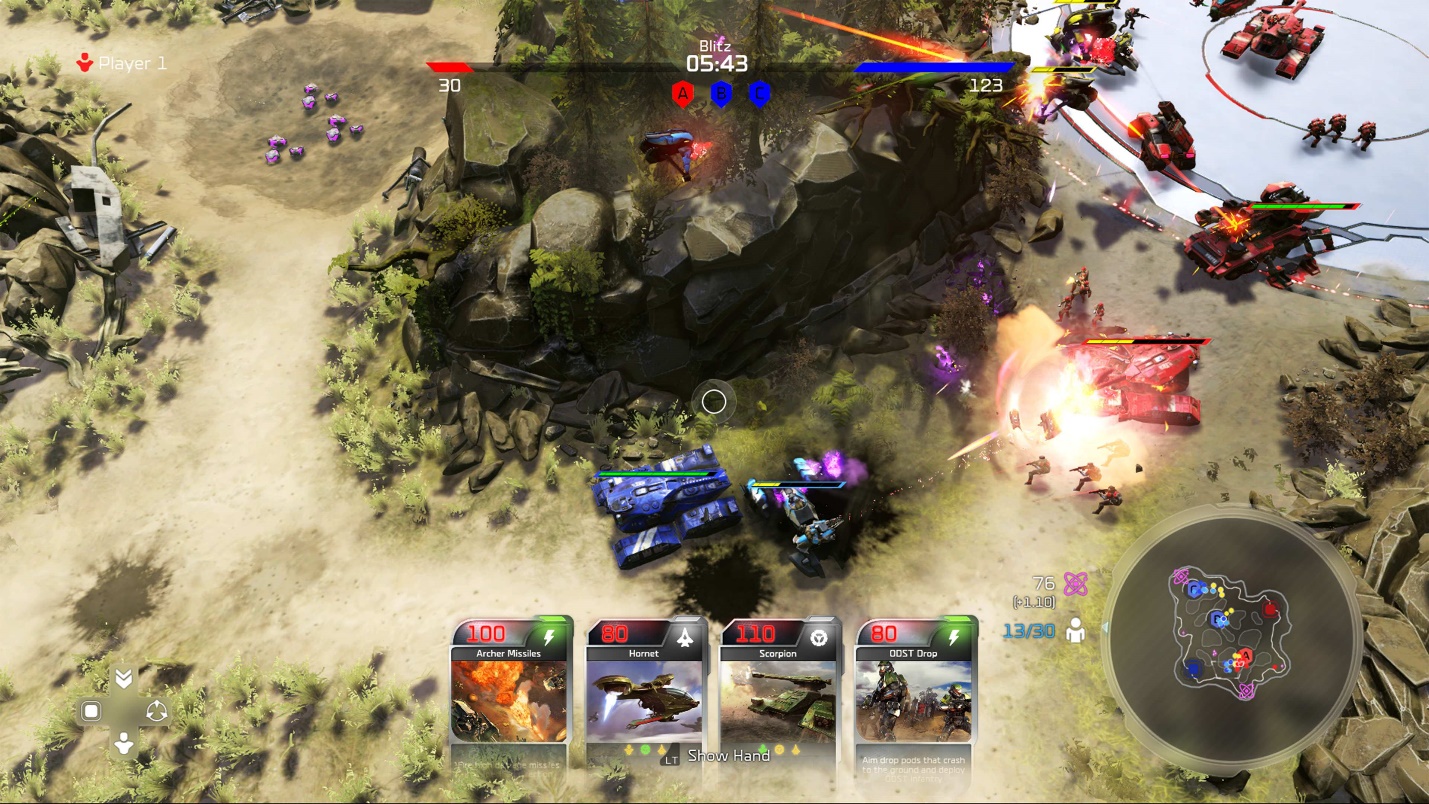 Who is Halo Wars 2 for? It’s not really meant for serious RTS fans, and it may be too different for the average Halo fan. Fans of the original Halo Wars will enjoy a continuation of what is essentially more of the same, but it’s difficult to recommend this to anyone but the most hardcore Halo fans. I’m happy to see Halo Wars get another chance after so long but if 343 Industries wants to do this again, they’ll need to find better ways to reinvent the formula.