Halloween Resurrection: 15 Years Later By John Saavedra   Despite existing in a timeline where most of the original Halloween movies didn’t happen, there is no timeline in which...
by Guest July 12, 2017 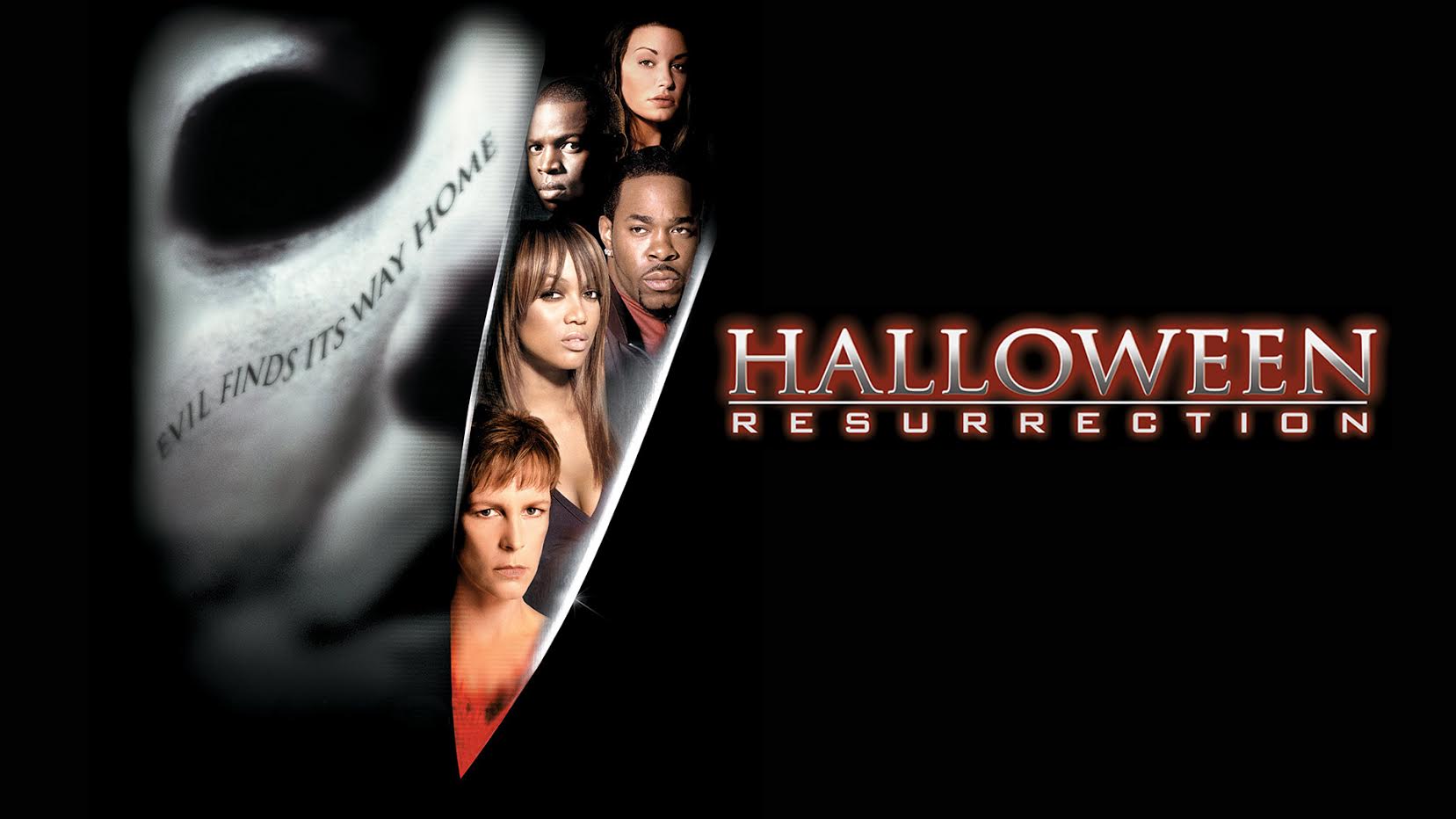 Despite existing in a timeline where most of the original Halloween movies didn’t happen, there is no timeline in which Halloween: Resurrection is a good movie. In fact, it fails as a horror movie, or even as gory schlock, in almost every way. It lacks scares, a strong lead character, and even the imposing Michael Myers is relegated to mindless slasher by the story. So why bother writing about it? 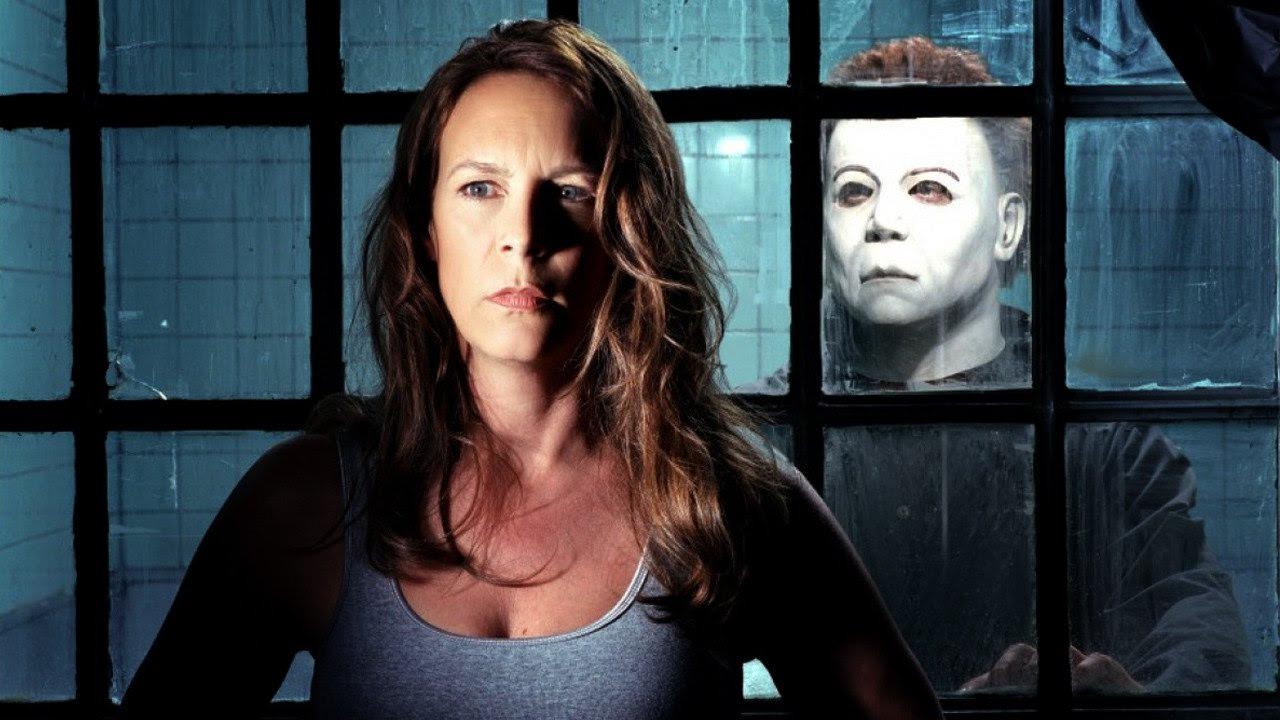 Because the premise is kind of brilliant. Arriving around the same time as the seriously underrated paranormal investigation reality series MTV’s Fear, Halloween: Resurrection introduces Michael Myers to the internet age. A production company called Dangertainment, run by Freddie Harris (Busta Rhymes) and Nora Winston (Tyra Banks), selects six college students to enter the dilapidated Myers house in order to investigate the source of the killer’s madness. Equipped with cameras and mics, their investigation is transmitted over the internet over multiple screens. 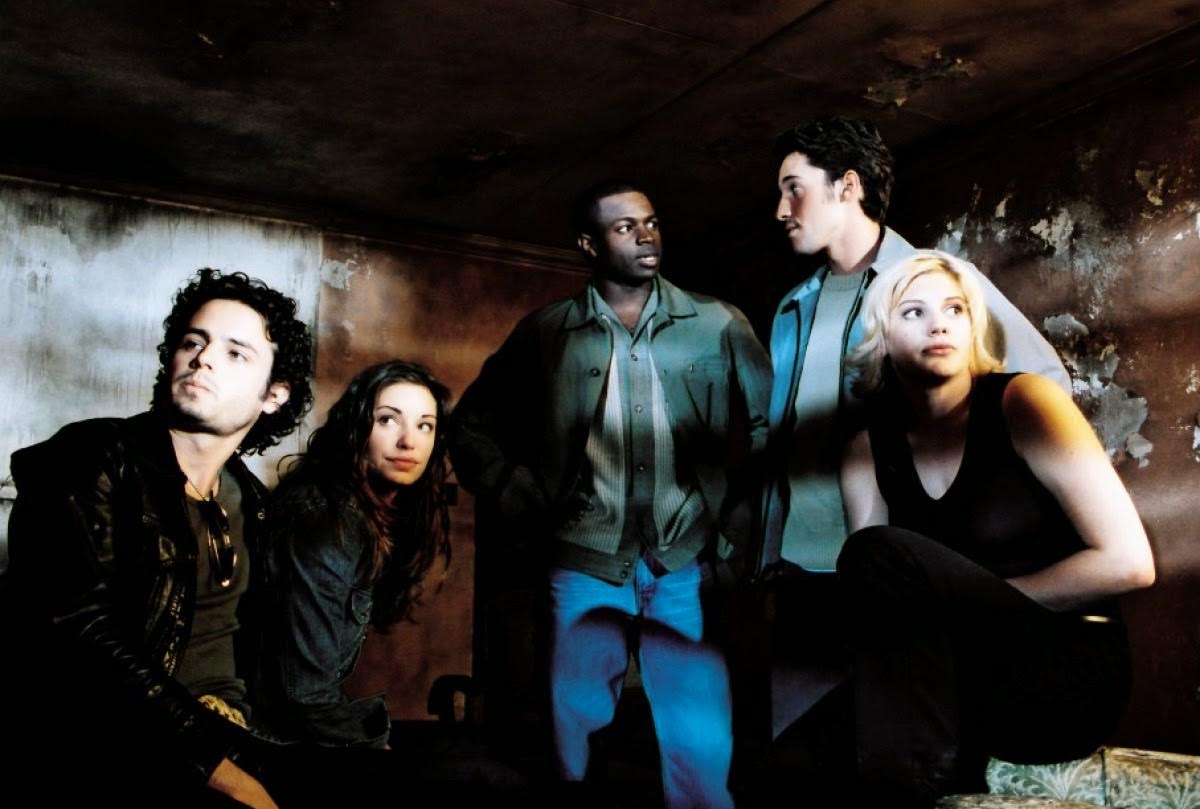 While it’s not surprising that the show is actually a publicity stunt — Dangertainment has planted a bunch of creepy stuff around the house, and at one point Busta Rhymes dresses up as Michael to scare the participants and the audience — this reality series turns out to be way more dangerous than anyone expected. As you might have guessed, Michael has returned to Haddonfield and is killing the intruders one by one.

I mean, that’s brilliant, right? Director Rick Rosenthal, who also helmed Halloween II back in 1981, and writers Sean Hood and Larry Brand bring Michael Myers to the internet age while also exploring our growing obsession with voyeuristic reality series. It’s like if a knife-wielding lunatic suddenly showed up on an episode of Big Brother. Would you really be able to look away as the participants got picked off one by one? Certainly, the filmmakers don’t think so, as they switch between what’s going on in the house and an audience of high school kids watching at a party. 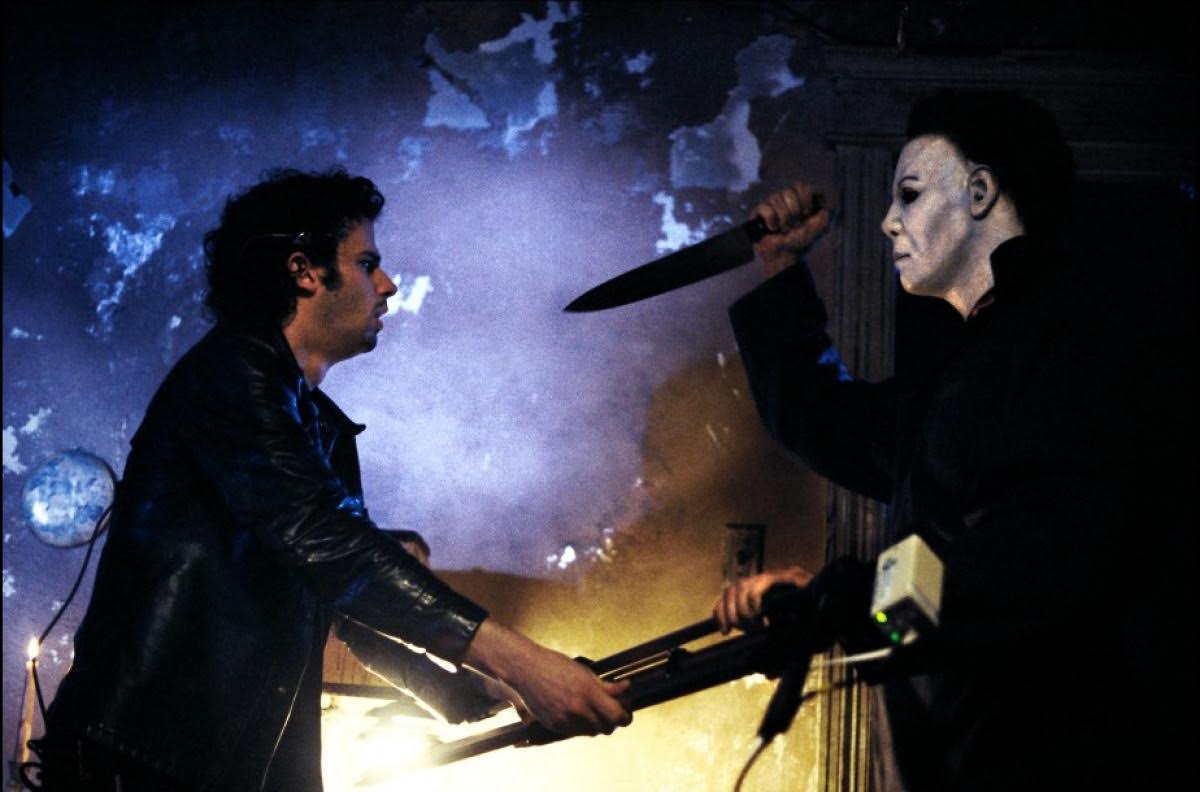 Watching the actual finished product, it definitely feels like Halloween: Resurrection is less a commentary on internet anonymity and voyeurism and more a complete mess that accidentally shows some potential. This is not a movie with a message. It’s a movie trying to please the kids hungry for blood and guts. Unfortunately, even the gore is about as fake as it gets. (In one of the most self-aware sequences in slasher movie history, two of the characters are covered in fake human limbs mid-coitus and realize that the show is fake.) 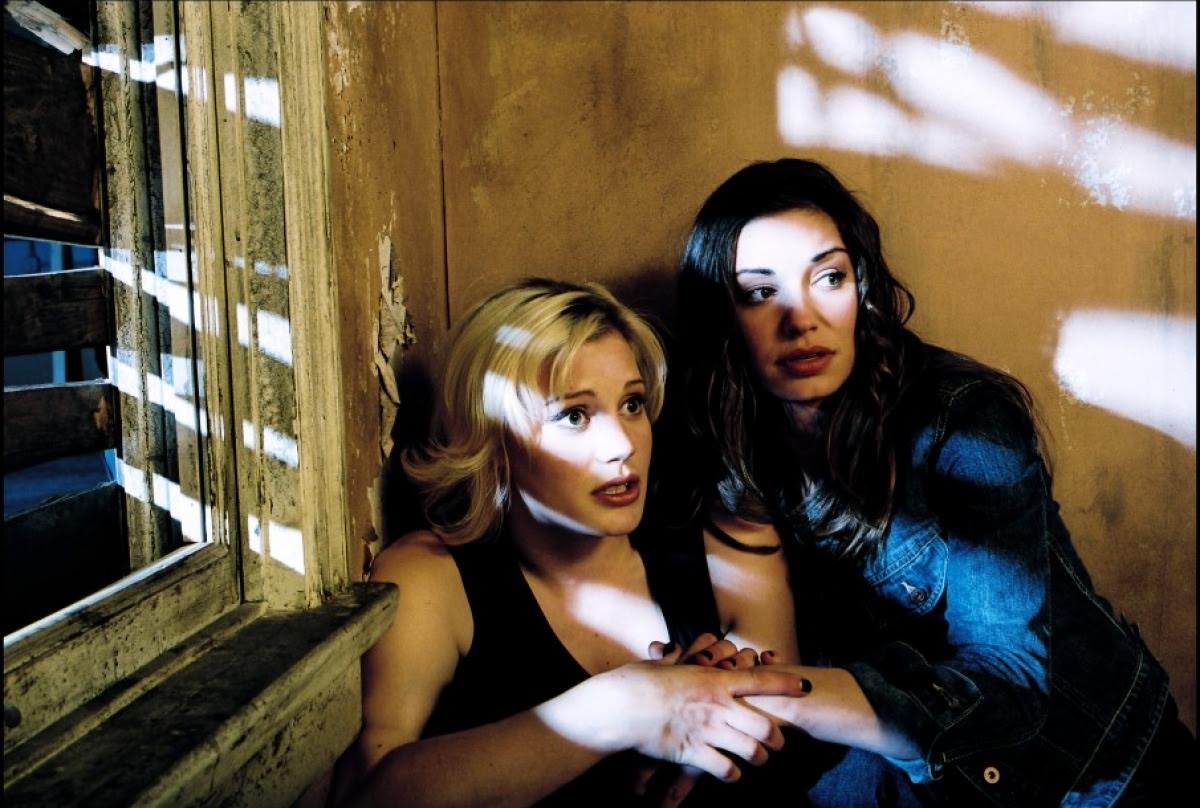 One of Resurrection’s major problems is that it feels like two different movies. On the one hand, we have the story of Laurie Strode (played in this movie by a disheveled Jamie Lee Curtis), which takes place three years after the events of 1998’s much better sequel, Halloween H20: 20 Years Later. Laurie’s been locked away in an insane asylum after accidentally chopping off a paramedic’s head in the last movie. For reasons that are too convoluted to explain here, Michael tricks Laurie into thinking the paramedic was the evil killer in order to make his escape and slash another day. Everyone thinks Laurie’s gone mad like her brother and she’s locked up. For three years, Laurie waits patiently for Michael to return so that she can finish him off once and for all. 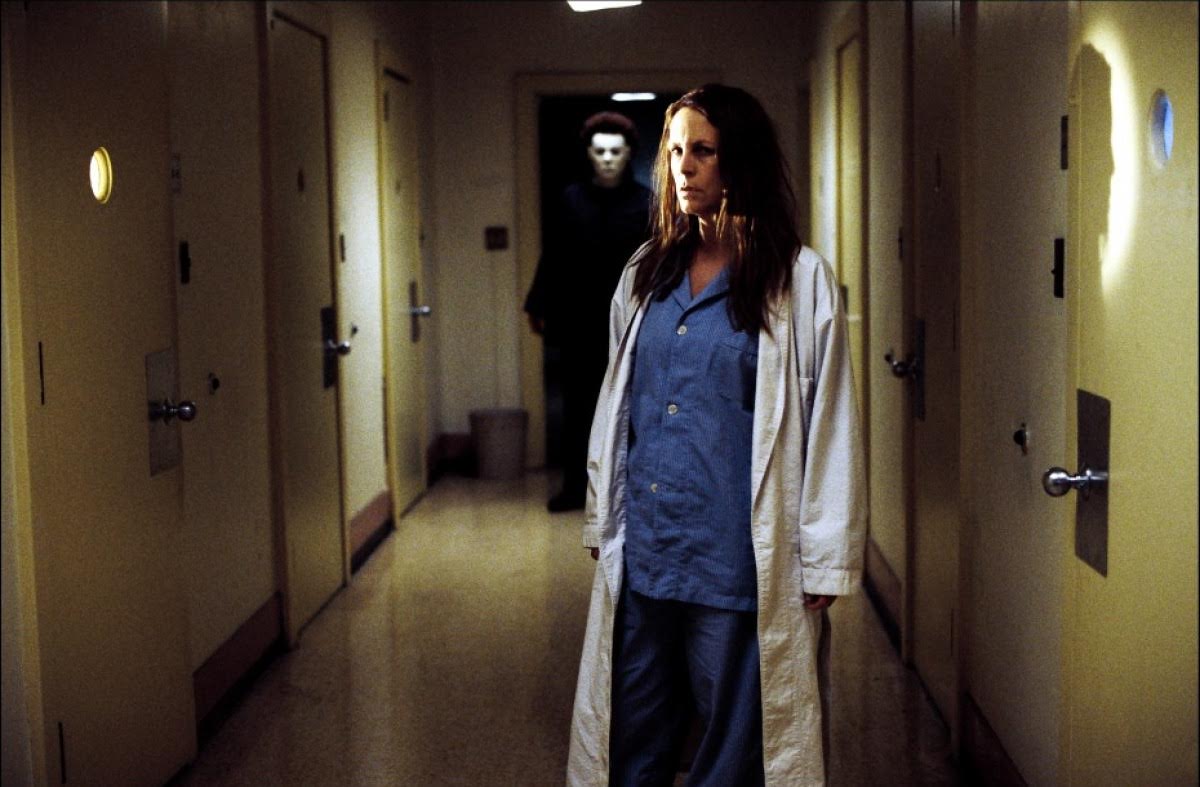 While this premise could easily fit an entire film, a cat and mouse game akin to the excellent You’re Next, Resurrection deals with this storyline in the first fifteen minutes, killing off Laurie in a really dumb way and effectively ending Michael’s mission to kill every last member of his family. So basically, the rest of the movie is about a retired Michael murdering college kids for the simple fact that they’re there.

Until Resurrection, what had always made Michael Myers more terrifying than any of the other slashers was his sense of purpose. He was driven by his mission to kill all of his remaining family members and would stop at nothing until he succeeded. A fire, electrocution, being blown up, or shot a hundred times — none of that could halt this force of nature. Not until he was done. Since Michael’s mission comes to an abrupt end by the 15-minute mark, there’s really no reason to keep watching this dude smash through doors to impale teens. The rest of this movie is a paint by the numbers slasher: victims become separated from the rest of the group and get murdered in increasingly gruesome ways. (Actually, I might call Resurrection tame in terms of the gore.)

A couple of other notable things about this ill-fated sequel, which effectively brought about the end of the original series of films and sparked the need for an even worse reboot: a young Katee Sackhoff co-stars in this film as Jen Danzig, who plays the role of naughty and impulsive victim who must absolutely die somewhere in the middle of the movie. Sackhoff became slasher fodder only a year before appearing in her most famous role as Starbuck in Battlestar Galactica. What a difference a year can make.

None of the characters in Resurrection are all that likable. Even main character Sara Moyer (played by Bianca Bianca Kajlich, who is best known for her role in the sitcom Rules of Engagement) leaves something to be desired. She’s a bit stale as a scream queen. Actually, fun fact: Kajlich couldn’t effectively scream during the shoot, so she had to be dubbed in post-production. If your leading lady in a slasher film can’t deliver a hearty scream, you have a bit of a problem on your hands.

By far, the stars of the movie are Jamie Lee Curtis, who suffers a very unjust end to her tenure as the series’ original scream queen, and the kung fu-obsessed Busta Rhymes, who is more cartoonish in this movie than should be allowed. Busta plays the movie like it’s a comedy and even develops a hell of a catchphrase that he delivers with relish several times towards the end. 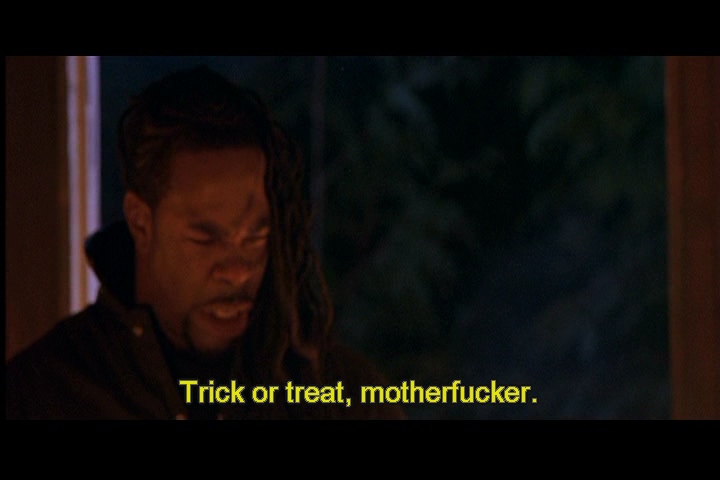 Unfortunately, none of the good things make up for a neutered Michael Myers, who is relegated too much less than he deserves. The characters treat him like a legend, but the story turns him into nothing more than a shell of his former self.