Horror comes in many names, but few have ever had such an impact on the genre as a whole than H.P. Lovecraft. His tales contain horror in its most... 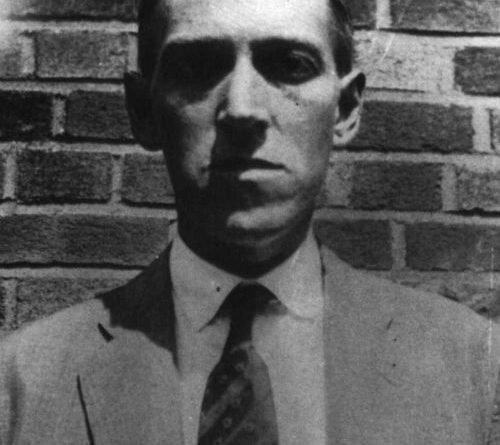 Horror comes in many names, but few have ever had such an impact on the genre as a whole than H.P. Lovecraft. His tales contain horror in its most undiluted form, sharing with us the indescribable and unknowable to create something unspeakably chilling. Insanity, the enormity of space, and unspeakable beings of pure terror run rampant throughout Lovecraft’s works, inspiring countless other artists, and even spawning a genre of his own.

“Lovecraftian” horror refers to a genre steeped in enigma. In fact, much of the stories that fall under this category do so because the horror comes from vagueness. Words are heard by characters that the human tongue can never reproduce. Shapes and forms of beings are so strange – so inextricably foreign – that even the most intelligent of minds can scarcely comprehend. More often than not, when faced with these strange terrors the result is either pure insanity…or worse.

The horrors are unspeakable indeed, and yet they are able to spark debate and conversation close to a full decade after the man’s death. Although he would never enjoy monetary success of grand fame in his life, the legacy of his writings are more prevalent today than they have ever been. Howard Phillips Lovecraft, born in Providence, Rhode Island in 1890, would spend his life writing for pulp magazines such as Weird Tales. He would die in the same city in which he was born relatively unknown outside of his close inner circle of writers who would take a keen interest in his work. And yet, how poetic is it that a man who wrote mostly of misery and terror would never know the impact of his work throughout his life? Lovecraft was an outspoken racist and misanthropist, openly fearing and hating that which he could not comprehend. This undoubtedly would play a big role in his work, as much of it contains a strong xenophobia from otherworldly beings. Make no mistake: E.T. is a film that Lovecraft would most likely reject and revile.

For one thing, the titular character in the film simply has too much shape. It is too easily translated into a format of motion picture. Instead, Lovecraft would prefer to depict his creations as gelatinous, oozing, tentacled masses – the simple act of gazing upon them alone could drive one irreversibly mad. Take, for example, the Mi-go, a creature that could be described as a mix of a fungus, a crustacean, and a bat. But don’t think it stops there, either. It would be foolish to go ahead and try and visualize what its head would look like. The bodily formations of beings such as this would contain faces that look more like anemones or something else completely foreign and bizarre. This particular creature would appear in what some would consider his finest work, a novella titled “The Whisperer in the Darkness“, published in 1931.

His most recognizable creation would come in the form of something many of you have undoubtedly seen (but hopefully, not driven insane by). Cthulhu, a hulking beast from the the darkest regions of the cosmos, now dwells at the bottom of the sea. Worshiped by legions of his “Cthulhu Cult”, this cephalopod-dragon-humanoid beast has caught the imagination of so many authors and artists that he spawned what is now known as the “Cthulhu Mythos”, a series of tales involving Lovecraft’s Great Old Ones, beings of unspeakable nature from areas of space that man may never be able to reach.

Cthulhu made his first appearance in 1928 in the short story “The Call of Cthulhu”. This is, undoubtedly, the most popular of all of his works, though I personally do not find it to be his bests. I believe the reason for Cthulhu’s popularity to be based solely on the imagery alone; the creation was one of Lovecraft’s more accessible works. In fact, this is one of the creatures that is actually able to be depicted, period. Take, for example, Azathoth, in which Lovecraft only vaguely describes, for he is far too hideous:

Outside the ordered universe is that amorphous blight of nethermost confusion which blasphemes and bubbles at the center of all infinity—the boundless daemon sultan Azathoth, whose name no lips dare speak aloud, and who gnaws hungrily in inconceivable, unlighted chambers beyond time and space amidst the muffled, maddening beating of vile drums and the thin monotonous whine of accursed flutes.

– H.P. Lovecraft, The Dream-Quest of Unknown Kadath (published posthumously by Arkham House in 1943)

On the other hand, the character that may be most easily described besides Cthulhu would be Brown Jenkin, a small rat-like creature with a human face. Interesting as it may be, the power of a little rat man could never even hold a candle to the enormity that is Cthulhu. An early sketch of Chthulhu by Lovecraft.

But to read Lovecraft for the monstrous depictions (or lack thereof) would be to miss the point entirely. It’s not all about gelatinous, amorphic masses, but the inability of the human mind to comprehend them. Insanity runs rampant in his tales – most who even gaze upon these creatures are driven to suicide. It is therefore a very psychological type of horror. Most of those unfortunate to come across these secrets of the cosmos are only able to do so through knowledge of black, forbidden books or scientific discoveries gone horribly wrong, as is the case in “From Beyond”, published in 1934. The exploits of man in search of a deeper understanding of life and the universe often yield terrible discoveries for the seeker, too grotesque and severe to allow the retainment of a normal, stable mind.

Another example of this would be “At the Mountains of Madness”, in which a group of arctic explorers discover a city beyond anything they could have ever imagined. Below is an example of the creatures found in this story, with early notes on the tale by the author. Though attempts have been made to turn this story into film, most notably by famed director Guillermo Del Toro, none have come to fruition so far. However, there have been numerous successful adaptations. Probably the most well-known would be 1985’s Re-Animator, directed by Stuart Gordon and starring Jeffrey Combs. The two would make numerous other Lovecraft

stories come to life, but none have been as highly-regarded as this particular one. In it, a medical student attempts to bring back the dead – and succeeds – but with disastrous consequence. Once again, the theme remains constant.

So what is the statement to be made here? Is it that man isn’t supposed to know all that he is searching for? Or is it simply that Lovecraft understood that the conventional “monster” could only be stretched so far? How feeble The Wolfman must have seemed to a reader of Lovecraft upon the film’s release in 1941. With such deep, personal horror, what real harm could a wolf walking upright do to one’s mind?

To the newer reader of Lovecraft, I would recommend to simply pick up an anthology and read everything. There are numerous ones out there, and some are even legally free in eBook format. Common themes that will be explored are Lovecraft’s beloved home of New England, as well as these unspeakable horrors that I have mentioned above – but that’s certainly not all there is. You will be able to find black magic, witchery, cultists, and even some stories of more conventional terror such as The Dunwich Horror. But if you decide to embark on this journey, be careful; it’s a slippery slope.

And once you start, you may never stop.