There are few movies that have left me genuinely (yet delightfully) baffled as The Greasy Strangler.

Reviewing a film like The Greasy Strangler feels like an impossible task, as everything about the film seems so surreal that it’s still hard for me to rationalize its existence. Fans of the truly absurd will delight in its disgusting madness. Those who are opposed to films that are purposely offensive and maliciously stupid are better off turning a blind eye to Jim Hosking’s greasy, manic slice of the unfiltered bizarre.

While it would be easy to call the film nothing more than an extended Tim and Eric skit, The Greasy Strangler actually has a surprising amount of emotion buried under all of that lard and processed meat residue. At its core, the film focuses on the complicated relationship between Big Ronnie (Michael St. Michaels) and his son Braydon (Sky Elobar). Their days revolve around giving disco tours and eating sausage. “I need more grease”, Big Ronnie is known to call out to his son. Ronnie’s got a fascination with grease – a killer fascination, you could say. It’s no secret to the viewer that Big Ronnie is the titular Greasy Strangler, stalking individuals at night while covered in slimy white goop and strangling people until their eyes pop out of their sockets. But Big Ronnie leaves his son out of his business of nocturnal strangulation until the two become embroiled in an extremely uncomfortable sexual competition for Braydon’s girlfriend Janet (Elizabeth De Razzo).

The Greasy Strangler is unrelentingly obnoxious, attempting to assault the viewer with a thick layer of annoyance and aggravation. A lesser film would have tried to accomplish this with only disgusting visuals, but this is not your average gross-out flick. Sure, there are revolting shots of prosthetic penis both gargantuan and microscopic, and there are a few scenes of outright gore, but Hosking’s not content with just poking you in the eye with a fork and laughing at it. He also wants to cover your ears in fat and push the lard deep into your brain.

Which brings me to what I found both funniest and most astoundingly annoying – the combination of the incredulously stupid soundtrack and astronomically idiotic dialog. “You’re a bullshit artist!” and “Hootie, tootie, disco cutie!” are repeated ad nauseum. Michael St. Michaels delivers most of his dialog while using an abrasive yell with Elobar responding in a whiny, childlike air of defeat. St. Michaels is by and far a real treat for those who enjoy nonsense. He’s acting like an idiot, sure, but he’s doing it with vigor and intensity. He plays his character perfectly. There were scenes in which I laughed so hard I nearly passed out.

For me, the only unpleasant part of the film was that my head felt like splitting open from hysterics. I would liken the experience of watching The Greasy Strangler to watching one of your best friends attempt to fit three grease-covered burritos in his mouth at the same time. They can’t fit – you know they can’t fit – but he’s going to do it anyway. And when he fails, because you know he inevitably will, he will begin to squish the burrito across his face and scream with intensity, never laughing once throughout the whole ordeal. All the while, he is naked. A strange analogy indeed, but it’s one that is so obscenely bizarre that you can’t believe it’s happening. But it is.

Just when you feel like the movie can’t possibly go on for any longer, it does. It just keeps going. It keeps getting more and more insane, and it’s just not stopping. The story is basically nonexistent. It’s more of an exercise in pushing the limits of aggressive stupidity – yet towards the end of the film, there’s a moment of vulnerability and kindness between father and son. Impossibly enough, it resolves itself with extreme heartburn complimented by hints of heart warm. 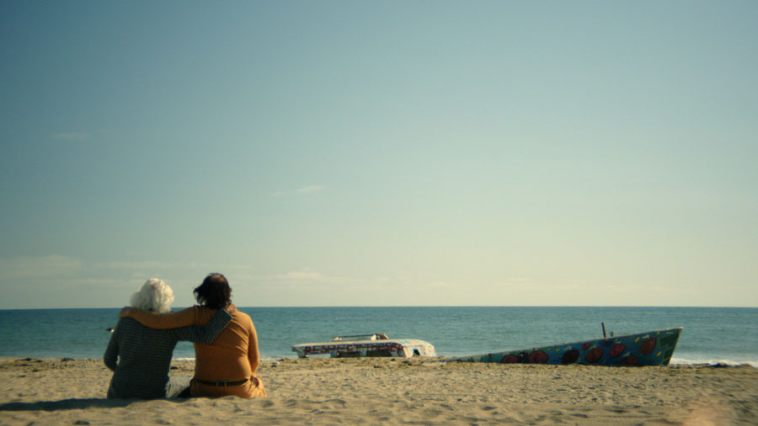 There will undoubtedly be those who think I’m full of it. I know for a fact that many – probably most – will watch this film and think it is nothing more than a steaming pile of crap on a hot summer day. I’d be surprised if most could even stomach the entire thing. But if you find humor in sheer absurdity like me, you’re going to love this film.

How does a film like this exist? How was something like this able to be written, cast, directed, acted, filmed, and released? I truly don’t know, but I’m happy it was. The world will forever be a stranger place thanks to its release.

The Franchise Files – A NIGHTMARE ON ELM STREET 4: The Dream Master (1988)