Gotta catch ‘em all: ‘Pokémon GO’ celebrates 1-year anniversary By Brittany Cruz The game that took the world by storm and let everyone fulfill their childhood dreams of becoming...
by Brittany Cruz July 6, 2017

The game that took the world by storm and let everyone fulfill their childhood dreams of becoming a Pokémon Master is celebrating its one-year anniversary. “Pokémon GO,” the augmented reality mobile game developed by Niantic and Nintendo, gives users the opportunity to catch Pokémon roaming around the real world.

In many ways, the collaborative project is a testament to the successful origins of the franchise, which started out as Game Boy role-playing games and sparked the popular anime series that became ingrained in the hearts of ‘90s kids across the world.

The love for Pikachu and his buddies is still going strong 21 years later, in no small part thanks to “Pokémon GO” and its whopping 750 million downloads to date.

The novelty of stepping into the shoes of Ash Ketchum — or Satoshi, as he is known in Japan — reignited the dormant interest of the 20-somethings who grew up playing the original video games and watching the antics of second-rate villains Jessie, James and Meowth, aka Team Rocket.

Being a free-to-play app, with the option of in-game purchases, makes it easily accessible and a good selling point for people who are unwilling to pay but curious to know what all the fuss is about. This gives “Pokémon GO” an advantage over other mobile game competitors and contributes to its overall appeal, but that is not to say it hasn’t gone through some rough patches.

After all, the early excitement surrounding the game’s launch was bound to wear off eventually. The app took a hard hit when interest dipped, reportedly losing 79 percent of its paying U.S. userbase just two months after its release. Despite the setback, “Pokémon GO” continued to bring in substantial revenue and claimed 28 percent of mobile game profits during the same period of decline.

Safety concerns also arose with the growing popularity of the game, which sometimes found players walking in the middle of busy roads and being led to sensitive locations like gravesites or private property where Pokémon were located. In extreme cases, game-related injuries and deaths were reported. 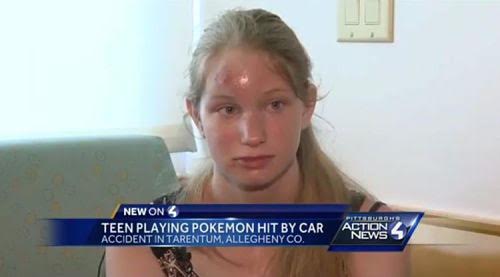 Incidents of fights breaking out, players being robbed or involved in car accidents while playing became increasingly prevalent. Updates to the app quickly followed these events, implementing warnings for players to stay aware of their surroundings and refrain from trespassing. Speed limit restrictions also got added in an effort to keep users from driving and playing simultaneously.

Although it has received its fair share of criticism, “Pokémon GO” has continuously been praised for its interactive play structure. The game is essentially a glorified exercise app that requires users to walk around in order to catch Pokémon, hatch eggs and earn other in-game reward perks. Promoting physical health may have been unintentional on the part of the creators, but it is still effective in getting people off the couch and moving.

Another positive impact is the sense of community that has formed around “Pokémon GO.”

PokéStops have become public hangouts where trainers can replenish their items bag and use lure modules to attract Pokémon. As players stand around collecting items and adding new entries into their Pokédex, polite conversation often turns into in-depth discussions about games and other media, making it seem like complete strangers have known each other for years. 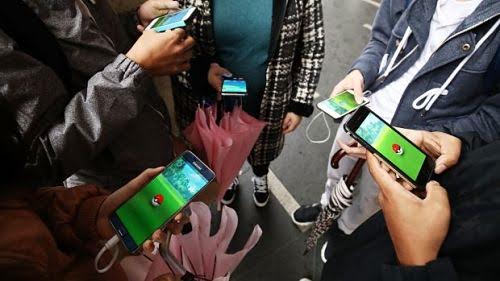 Players all around the world enthusiastically share their experiences and participate in fan meetups, which Niantic is looking to capitalize on with its first official live event.

In celebration of the app’s one-year anniversary, the company is hosting the Pokémon GO Fest, which will take place in Chicago’s Grant Park on July 22. Tickets sold out within minutes of going up online, with an estimated 20,000 people expected to show up for the inaugural event.

The app has undergone some major changes leading up to the festival. Earlier this year, more than 80 Pokémon from the Johto region got released into the wild, and a few shiny Pokémon variants were made available. New customizable avatar features were also added, including the ever-popular Magikarp hat.

A recent update in June introduced a Raid Battle feature that allows Level 5 trainers and above to team up against powerful Pokémon in a “cooperative gameplay experience.” The multiplayer function encourages groups of friends or nearby players to form teams and enter gym raids to win special items. 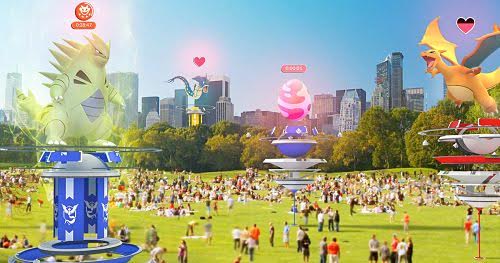 It has now been a full year of “Pokémon GO” madness, and though the craze has quieted down, there are still plenty of dedicated followers ready to continue the journey. The developers have big plans for the game’s future, including the arrival of legendary Pokémon and localized trading features, as they continue to find new ways to enhance the gameplay experience for fans.

In the end, having fun is what this is all about. Getting to take on the world, or at least earn a gym badge or two, and meet new friends along the way to becoming a Pokémon Master is something everyone’s inner child can enjoy.

What is your favorite “Pokémon GO” adventure that you have been on so far? Share your stories with us!