You may have guessed this from reading my older reviews, but I like diving into a comic halfway through it’s run for the first time and seeing how...
by Former Writers August 16, 2017

You may have guessed this from reading my older reviews, but I like diving into a comic halfway through it’s run for the first time and seeing how much I can figure out. Growing up reading comics in the 90s, I’m somewhat accustomed to having to figure out what’s going on month to month, as there just weren’t the resources we have today. Mind you, this isn’t me bragging or saying things are worse – I think it’s pretty great that you can easily find out what happened over the past 50 years of comics thanks to the massive online comics community, but it’s still fun to see how well the stories hold up to readers who aren’t familiar with the book. 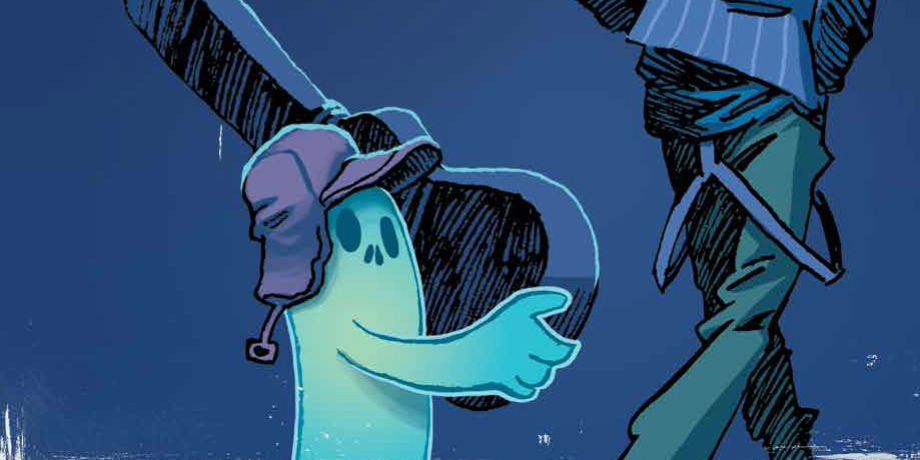 I mention this because I walked in completely cold to Boom! Studio’s Godshaper #5. Like too many other books, it just completely slipped through my fingers, but I jumped into this one and found I was able to figure things out…mostly. Godshaper is a pretty far out concept though, so I can’t feel too bad about it. Written by Simon Spurrier (Lobster Random, X-Men: Legacy) and illustrated by new talent Jonas Goonface, Godshaper is set in a world where every human is born with a God and every God is given a human. But there are a few exceptions: Enney is a Godshaper, a human born without a God who can manipulate and shape other Gods to his own whim. Ennay finds himself paired with Bud, a God who doesn’t have a human, and the two travel together.

This is a weird analogy, but did you ever see Six-String Samurai? It’s a 1998 post-apocalyptic comedy of sorts, with a martial arts spin. The whole gist of it is a traveling musician making his way to a Lost Vegas to try and win the title of King of Rock ‘n’ Roll. Regarding tone and style, Godshaper makes me think of Six-String Samurai based off this issue. The world looks like it’s gone to hell. The story’s primary antagonists, a gang called The Demonstrators, have a certain rock ‘n’ roll vibe to them, but they’re just as mysterious and strange as Enney and Bud are. 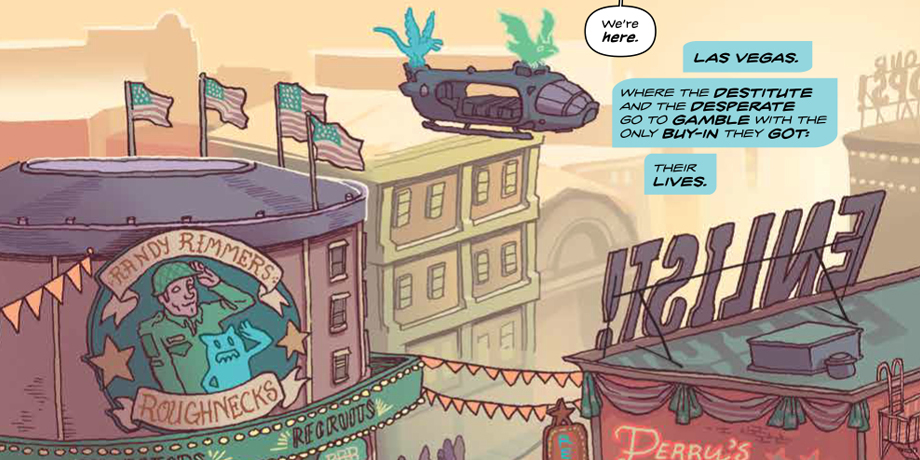 This is a strange title, but a quirky one, and one that I enjoyed. Spurrier’s creation is an interesting world, one that readers will want to know more about. But as is evident, there are plenty of surprises to be found in the world of Godshaper, from a woman with the ability to bind Gods to the mysterious Benotti and the reveal of his own God. New artist Jonas Goonface brings the world to life with a crisp, stylized design and a brilliant color palette. The Gods themselves have unique and interesting designs and make me think back to the ghost designs from The Real Ghostbusters. 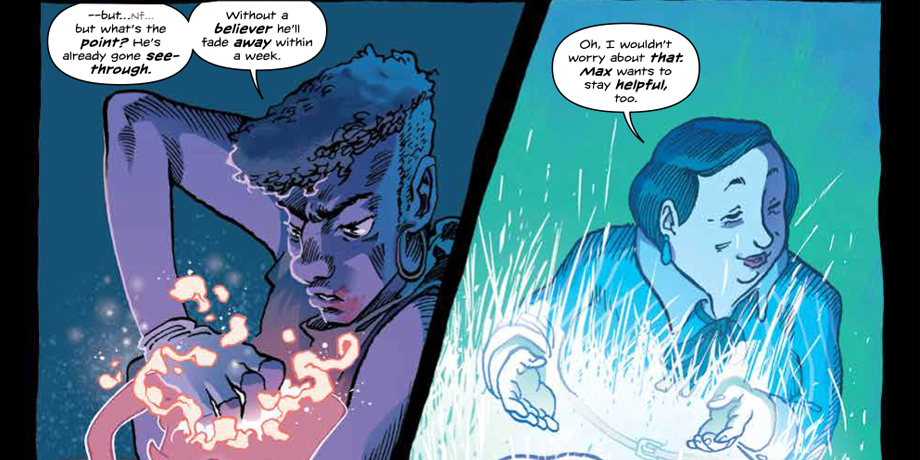 Perhaps in that is the biggest appeal of Godshaper: how much it reminds me of other works I’ve enjoyed, while still remaining wholly its own product. The book is genuinely a blast to read, and a title I’m hoping to keep up with in the future. If you’re like me and you’ve fallen behind, you can always catch up digitally on Comixology.