Following the success of Boom’s first Mighty Morphin’ Power Rangers ongoing, as well as its limited series side story Mighty Morphin Power Rangers: Pink, it should come as no surprise that we’d get a second ongoing series. While it’s predecessor is set during the first year of the Green Ranger on the team, Go Go Power Rangers is set just a few days after the very first episode of the original series.

Right off the bat, the tone of Go Go Power Rangers is a significant change over the main ongoing series. The focus is on the team adjusting to their day to day life and the fallout of their first outing as Power Rangers. There’s a sense of realism that’s presented here that hasn’t been seen in previous outings with the Rangers, as the new mystery team is hounded by both the military and reporters, and the city of Angel Grove has suffered catastrophic damage in the wake of the Megazord’s fight with Goldar.  It really brings the story down to Earth, making for an engaging read as you relate to what these characters are going through.

The tone in this one is closer to the modern iterations of Archie than that of Power Rangers, with the story focusing on the Rangers coping in their human forms with the weight of their new lives. The drama is palpable, slowly getting to know each of them as people rather than superheroes, something that isn’t done fairly often in Power Rangers stories. The result is a much smaller, much more human story. Ryan Parrott has crafted something extraordinary here, nailing the tone of the Rangers as teenagers and their interactions. 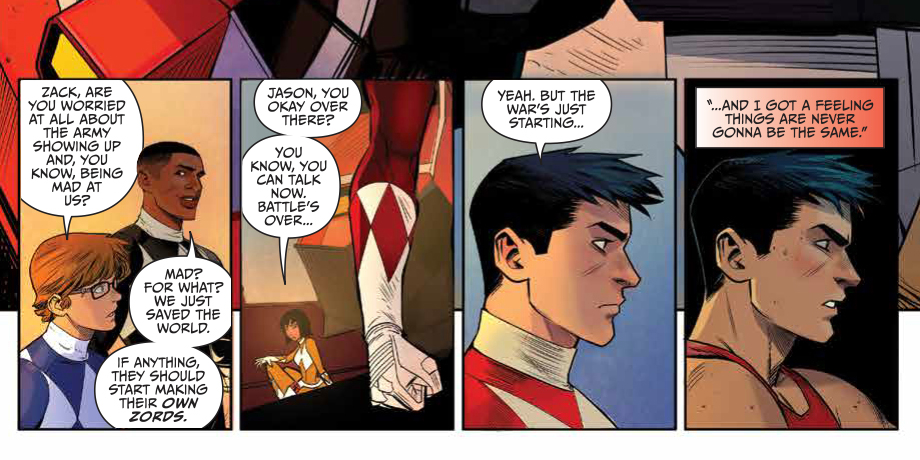 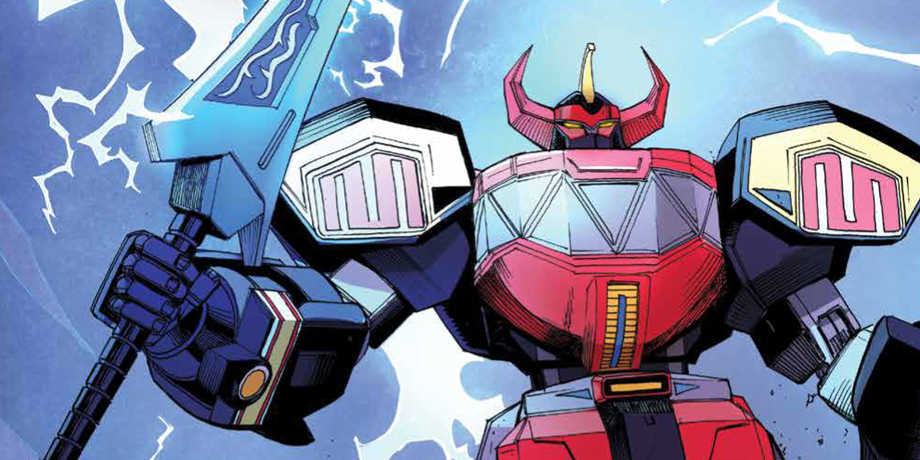 Boom!’s ongoing Power Rangers dynasty is really proving lucrative for the company. Titles like Mighty Morphin’ Power Rangers and the several WWE comics they’ve been publishing have brought a lot of mainstream attention to this small press company. It’s great to see such big name titles still published alongside Boom!’s smaller press roots, and there’s a lot of fun stuff here. Whether you’re a Power Ranger fan old or new, it’s definitely worth your while to give Go Go Power Rangers #1 a read, and then maybe pick up an issue of Mouse Guard or something. You’ll definitely find it worth your while.