Andrew Garfield was much better as Peter Parker than many give him credit for. 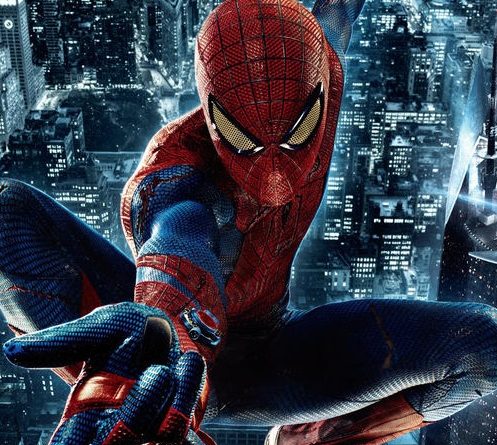 Nostalgia sure is a tricky thing. Do you remember when Sam Raimi’s Spider-Man came out in 2002? Probably not very well. I was eleven, and there’s a good chance you were around the same age as well. This was the first time we were seeing Spidey on the big screen, and it really didn’t matter whether or not Tobey Maguire did a good job or not, because, hey, we were young. It was Spider-Man. Who cares about who is playing him?

Watching the film revealed some things for me years later with slightly more adult eyes. Maguire was a good superhero – but it’s not like he was made for the role of Spider-Man. In fact, it is my opinion that Andrew Garfield was a much better Web Slinger, though he only got to do it twice.

It’s a sticky situation, though. Do I think Andrew Garfield was a better Peter Parker? Absolutely. But do I think The Amazing Spider-Man was better than the 2002 film? Absolutely not!

This is a predicament, really, and Garfield got totally screwed because of it. He was simply late to the whole party. Those of us born in 1990 and later will remember being nothing short of dazzled by the 2002 film. Its release was a huge deal – Spider-Man merchandise permeated just about every aspect of our pre-teen lives. Remember the Playstation 2 game? How awesome was that?

Andrew Garfield’s film came about when we were much older, and unfortunately, it was geared more towards who we were when we were eleven and twelve. This really sucks. I loved Garfield’s attitude as Peter Parker. He was sarcastic, obnoxious, and really funny. Maguire was just a little too shy and meek. It didn’t quite work as well with the source material, in my opinion.

But the film itself could not compare to the 2002 interpretation, and Andrew Garfield’s fate was sealed when the sequel to The Amazing Spider-Man tanked. This spelled doom for the actor, and his right to don the suit was taken from him much too early. Bummer, man.

So that was it. Back to the drawing board. A new Spidey was chosen, and now he have Tom Holland, a younger, smaller Spidey. I haven’t seen the new film yet – I will this weekend – but I can already tell you that in physique alone Holland does not fit as well as Garfield did. And neither did Maguire. Garfield was tall, wiry, and nimble. Almost like *gasp* a spider! Who would have thought?

I lament over the fact that we never got to see Andrew Garfield in a really great Spider-Man movie. I stand by my statement that he was the definitive Spidey. His attitude and appearance said as much. If only he could have been in a better movie.

Well, there’s no sense in complaining, I suppose. If Homecoming is a success, many will completely forget that Garfield was ever Spider-Man. Many kids will grow up seeing Holland as their first Spider-Man and buy lunchboxes and get toys in happy meals and Tobey Maguire will be forgotten for them, as well. That’s just the way that the world works.

This week, we’ve covered all of the actors who have played Spider-Man, but we may have neglected to include a very special one…

If you’re interested in the most insane depiction of the Web Slinger ever imagined, look no further than 3 Dev Adam, which we covered way back when on the This Ain’t Right Podcast!