How to Get Into Board Games By: Lane Martin   I started playing board games as a hobby regularly a few years ago, and in those years, I have...
by Former Writers March 15, 2017 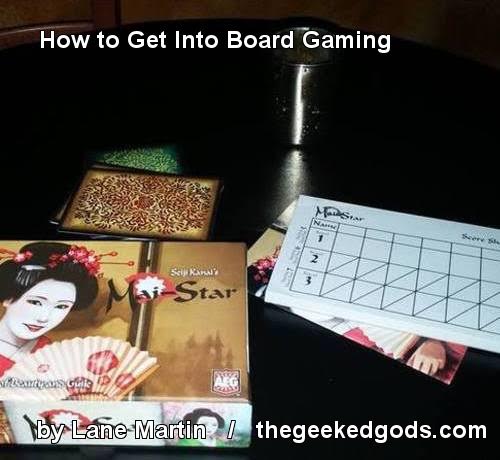 I started playing board games as a hobby regularly a few years ago, and in those years, I have made great friends, played a lot of deeply interesting games, and had a good time the whole way. The hobby has turned into something I really enjoy and I highly encourage anyone with the inclination to give it a go. Unfortunately, wetting one’s toes in the wide world of dice and meeples can seem pretty intimidating, but rest assured that once you find like-minded people, there are plenty of games perfect for potential new players looking to get into the hobby that aren’t Monopoly. Please don’t play Monopoly.

In fact, finding people is really the hardest part of the whole endeavor. Researching local businesses is your best bet and you’ll likely find a board game meet up nearby. This has the added bonus of usually having a communal collection of games to choose from, allowing you to choose from a diverse collection of possible games. If you can’t find a business hosting a local game night, I would strongly suggest you take to internet forums or even your own circle of friends to find board gamers, we’re out there. Never be nervous about approaching gamers about wanting to try out the hobby, we’re usually open to new comers, and another potential player can make all the difference when we want to try out something new and all of the usual players are busy with life. 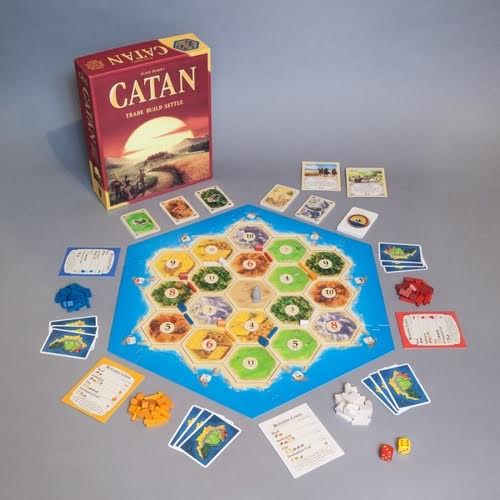 Settlers of Catan, easily found, easily played, a solid game to start out with.

Now as for what game you should play first all depends on the kind of experience you want to have. A popular first choice is Settlers of Catan. It’s got enough meat in it to be interesting for experienced players, but the rules are simple enough for people who have never played a game in their lives. The trading mechanics encourage player interaction and the dice mechanics keep everyone on an even playfield no matter what their experience might be. Having a strategy may pay out for you in the long run, but the randomness of the die rolls may make that plan into a fool’s errand. It happens to us all. 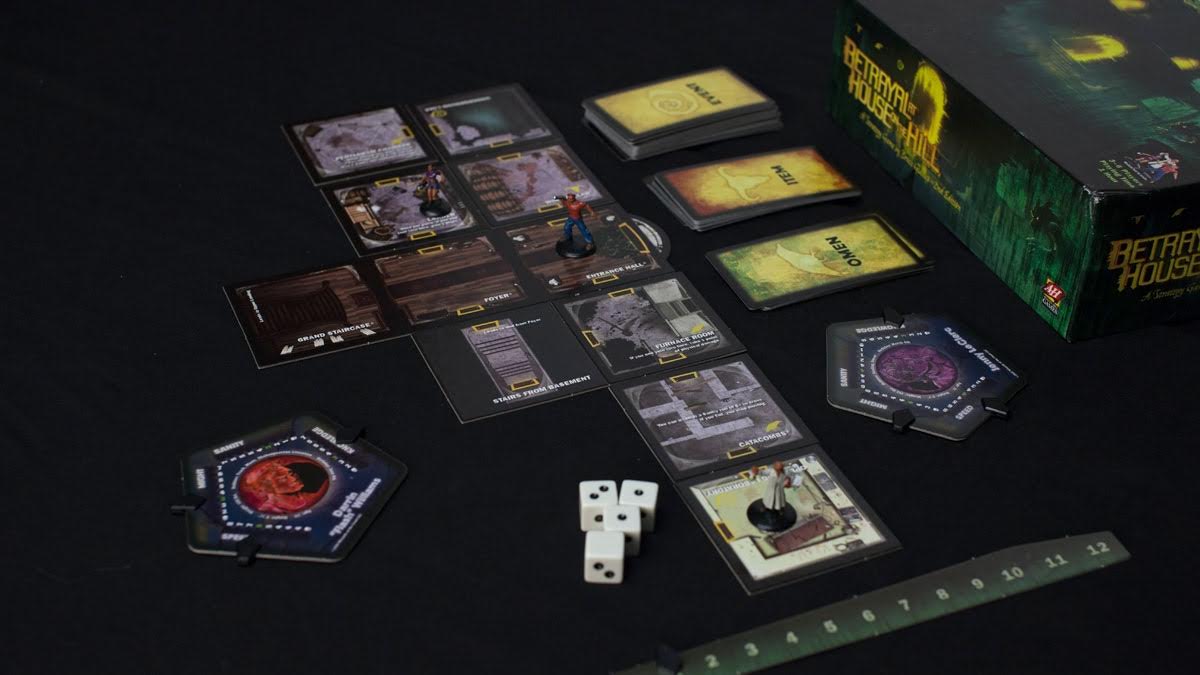 Betrayal at House on the Hill was one of the first games I played and I still love it years later. 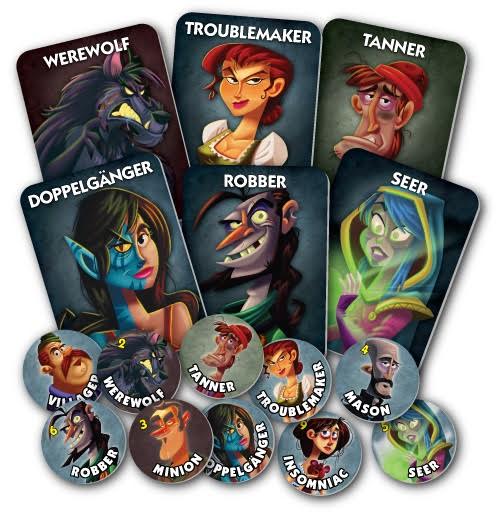 When all else fail, One Night Ultimate Werewolf is never a bad call

Now, let’s say you couldn’t find any local board gamers with which to pursue your gaming dreams. The only thing left to do is to bring in people that might not know that they’ll enjoy such a hobby yet. Luckily, there’s One Night Ultimate Werewolf, a game that takes 10 minutes to play, is an excellent party game, and has rules as simple as having a conversation. You and your friends are all secretly given roles. Those roles may have powers associated with them, such as swapping another player’s roles during the night phase (When everyone has their eyes closed), some of the players may just be werewolves. By having a conversation, the players are tasked with sussing out who among them is a werewolf within the 10-minute time limit. If the wolf is successfully found, the villagers win, if not the werewolves win. Simple, elegant, and fun.

There’s a whole world of games out there to discover, once you’ve found your way into the hobby, and everyone’s tastes are different. You might find that you like the frantic action of a game like Roarasaurus, or the methodical planning of Caverna. In the end, none of the choices are wrong so long as you’re having fun playing it, even if it happens to be Monopoly.