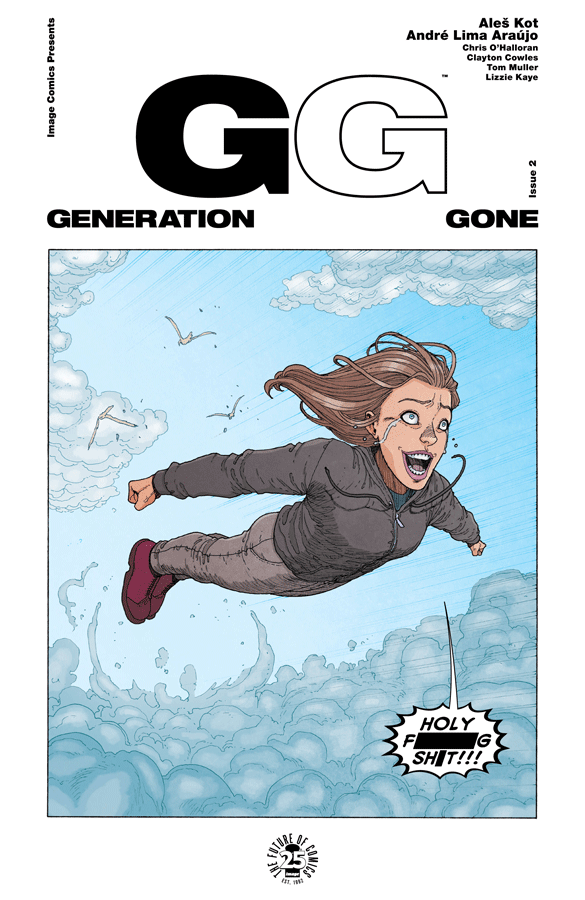 A tale of three hackers who gain superpowers from a secret military code continues in Generation Gone #2. Elena is enjoying her new ability to fly, Nick is still miserable, and the optimistic Baldwin hasn’t figured out his power yet — undoubtedly a sign that his is the greatest power of all. Ales Kot and Andre Lima Araujo tackle a world in turmoil in this second issue, while all of the different players figure out their next moves. For Elena, Nick, and Baldwin, who are now being sought out by the military, there might be no other move but to run for their lives. 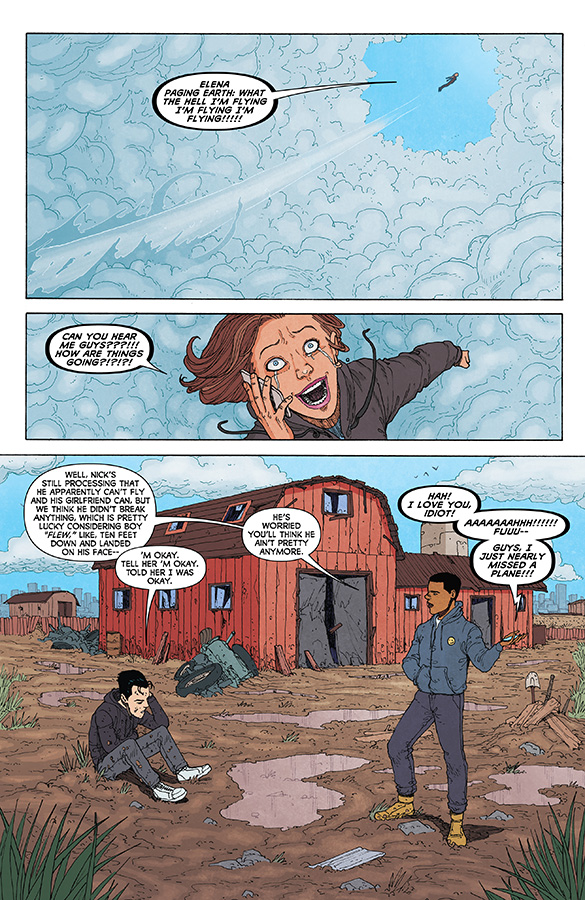 Nick remains my least favorite character in the book, a wallower who makes everyone else carry around his emotional baggage. While Baldwin makes light of Nick’s cliche man brooding, Elena constantly has to reassure him that she loves him and that he’s great and to not be sad and… Kot is obviously saying something here. Nick and Elena’s toxic relationship was at the forefront of the first issue, and it gets a little bit of time in the second but not quite as much as I’d like. We’ll hopefully learn why Nick is such a shit in another issue down the line. That said, he doesn’t deserve the kind Elena.

Mr. Akio, on the other hand, is quickly becoming my favorite character in Generation Gone. Kot explores more of his backstory in #2, shedding light on the tragic past that inspired his current experiments. Both Akio and the General share some really interesting moments, as we get a glimpse into both of their lives outside of the secret government facility. The General, who seemed poised to be a bad guy in the first issue, gets a tender moment with his daughter that feels like a huge juxtaposition to the man in charge of top secret weapons development and research. 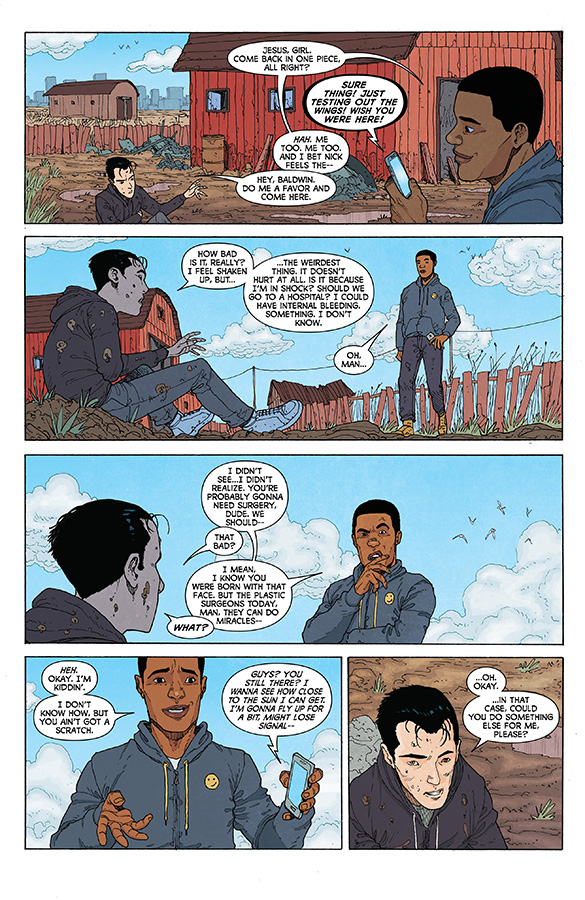 There’s a bit of upheaval in the second half of the issue that feels a bit sudden, but again touches on the book’s anti-establishment message, which is familiar territory for Kot. Elena, Nick, and Baldwin were already doing their part to mess with the government, although that had more to do with making a fortune than actual activism. The second issue ends with them taking their first steps to actually resisting what seems like an oppressive government and military.

Not enough nice words can be said about Araujo and Chris O’Halloran’s work on this book. I love Araujo’s manga-inspired art style, the detail with which he draws the settings and machinery. This is a tech-heavy book and Araujo certainly has fun drawing helicopters of the future and the like. There’s one set of panels in the beginning of the book, as Elena soars through the sky, that seriously wowed me. There’s one particular page that really makes this book. It’s absolutely gorgeous.

O’Halloran’s colors are as bright and pronounced as ever. I absolutely love the stark purples and blues and yellows of the second half of the book, as the conflict intensifies between the main characters and the government. This is one good looking book, and a fun read to boot. 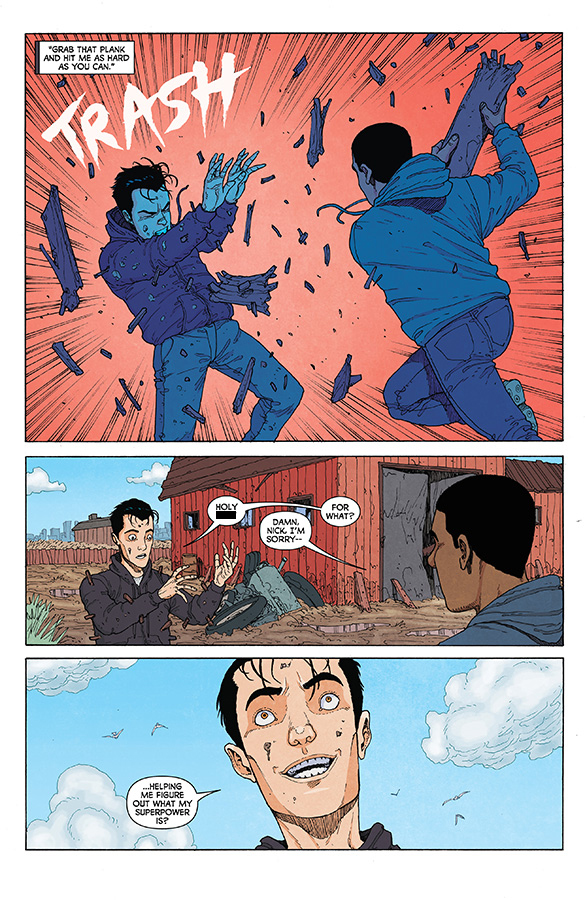 Generation Gone #2 continues this captivating little story about big issues. The timing is just right and the message seems clear: the people are no longer powerless.