By Alexandra Wilson @Alexknowswords We’re living in the Golden Age of Geeky TV. Everywhere you look, there’s a Doctor, a superhero, or a supernatural being saving the world. Yet... 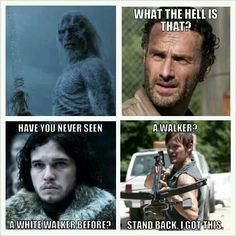 We’re living in the Golden Age of Geeky TV. Everywhere you look, there’s a Doctor, a superhero, or a supernatural being saving the world. Yet not all shows are created equal. In today’s era, you can’t just be “good” to be noticed – you have to be great.  Here are geeky TV shows with amazing first seasons. They’re guaranteed to catch your attention and to make you want to keep watching. 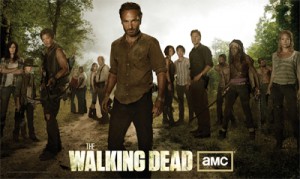 Even though we’re nearing TWD’s sixth season, the first season is important because it’s the spark that started the phenomenon. Consisting of only six episodes, the first season of The Walking Dead introduced us to Rick Grimes, our hero and eventual anti-hero, as well as his family and a band of outsiders turned post-apocalyptic family. The first season ended with the note that there is no hope for the human race in this world, but you get so attached to the characters that you don’t care – you need to know where the story goes.  TWD throws back to details of the first season throughout the series run, making it a must-watch for latecomers to the show.

We are the Walking Dead 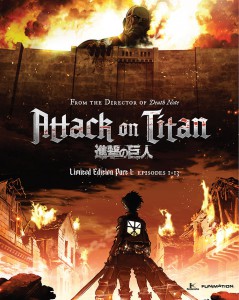 Yes, this list entry is very different from the others, but once you start watching the Attack on Titan anime adaptation, you just can’t stop! This series is very faithful to the manga – it leaves the tone and mysteries of the show intact – and does an amazing job of bringing the action sequences to life.  (If you’ve ever wanted to see what normal people would look like using machines that gave them Spider-Man-like powers, this show is for you!)  Attack on Titan combines mystical elements with great character development, making the premiere season both deeply moving and really entertaining.

Attack on Titan season 1 in 2 Minutes 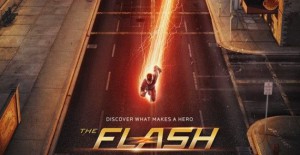 Silly? Yes, but it’s so much fun to watch! The Flash premiered in 2014 as a companion series to The CW’s Arrow, but it quickly grew into its own thanks to its witty tone and charm.  Grant Gustin portrays Barry Allen excellently, making him a much more relatable superhero than what we’ve seen on TV thus far. (Sometimes it gets tricky to relate to super wealthy socialites, you know?) The supporting cast of The Flash helps alleviate some of the series’ more confusing or serious moments, making the show consistently enjoyable. Based on what we’ve seen so far, we can’t wait for Season 2.

Fans have been begging for female superhero-fronted project for years now, and fans finally got what they wished for with Agent Carter. Even though it technically spins off from Captain America: The First Avenger, this eight-episode season stands on its own with Hayley Atwell as its amazing leading lady and an equally talented cast to accompany her. Simultaneously fulfilling its role in the Marvel Cinematic Universe and adding to the MCU’s mythos along the way, Agent Carter is a series worth binge-watching on a weekend (or “sick day”). 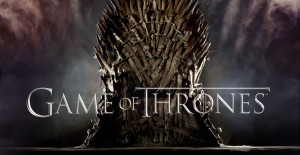 Winter is coming. Sure, you can say that phrase towards the end of autumn, but for those who tuned in for the first GoT season – those words never had as potent a meaning.  Today, Game of Thrones is considered one of the most popular and most successful on-air shows but a fraction of today’s viewership tuned in for the first season.  Eventually, the rest of the world figured they should tune in, and why not? The majority of the first season is spent world and character building, but the story arcs (headed by Ned Stark – no pun intended) are still incredibly compelling and make you want to watch the next episode immediately. Plus, any show that features a character like Tyrion Lannister is an immediate must-see.