Geeky News: What you need to know for the week ending March 10th

It’s finally Friday, but not just any Friday… Die hard geeks already know that today is the 20 year anniversary of cult classic Buffy the Vampire Slayer. Happy 20th birthday, Buffyverse! The endless amount of wit, humor, and geekiness is worth celebrating. So, aside from your upcoming Buffy binge birthday celebration, here’s what should be on your radar this weekend. 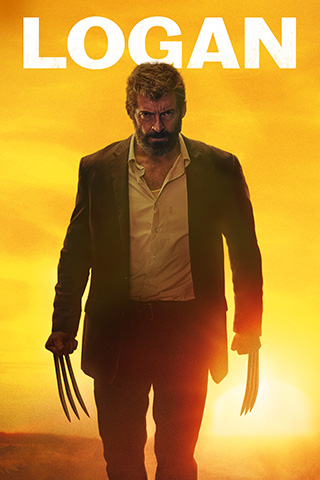 Logan: Aside from being the best Wolverine film yet, Logan is on its way to making box office history. For those paying attention, yes – it’s very similar to how Deadpool broke records last winter. Both are R-rated movies, proving that there is definitely an appetite for bloody, overly violent super hero movies. Including ones where the super hero isn’t such a hero.

Avatar: Walt Disney World gave audiences a sneak peek of its upcoming Avatar-themed parts of Animal Kingdom and it looks… pretty amazing. The imagineers have done an amazing job of bringing the film’s planet, Pandora, to life. Yes, I know that I don’t really post about non-film or TV related things in this column, but this was just too good not to include. Check out the full Good Morning America segment to see the world for yourself.

Iron Fist: Netflix and Marvel have ramped up marketing for their final Defenders­­-focused series and the reviews are… utterly brutal. Aside from the issues of whitewashing and cultural appropriation, reviewers from every major publication have called the series poorly written, laughable, and “deadly” in “all the wrong ways.” Looks like you just saved yourself 13 hours of binge watching, folks!

Game of Thrones:  We had our first season seven teaser this week, and while it didn’t actually give us any new footage – we learned that the new season will premiere in July. Compared to the rumored June 2017 date, this is disappointing. Even having to wait a few extra weeks feels awful (even if in the long run it’s for the best).

Danny DeVito: DeVito is in talks to join the planned live-action adaptation of Dumbo. Instead of voicing an animated character (like he did in Hercules), DeVito would play a circus owner whose company gets acquired by the film’s villain.

Adam West: The actor is set to guest-star in an episode of NBC’s Powerless. Yes please.

Mandy Moore:  Coming off of her successful role in NBC’s new hit drama This is Us, Moore will be joining Amandla Stenberg-led sci-fi thriller Darkest Minds. It’s an adaptation of a YA trilogy and it certain to solidify Moore’s status as a household name.

Margot Robbie:  Harley Quinn (yes, sorry, she’s now going to be forever known as Harley Quinn) is going to star in a Robin Hood-inspired drama titled Marian. Robbie will play the title part, who will lead her people after the death/disappearance of Robin Hood.