‘Tis the season! Now that Thanksgiving is just around the corner and it’s socially acceptable to start celebrating Christmas and Chanukah, we can start breaking out our favorite geek-inspired...

‘Tis the season! Now that Thanksgiving is just around the corner and it’s socially acceptable to start celebrating Christmas and Chanukah, we can start breaking out our favorite geek-inspired holiday specials. Some of these are spinoffs of other films and comics, while some are totally unique properties with fandoms of their own, but they’ll bring you holiday cheer regardless.

The Nightmare Before Christmas 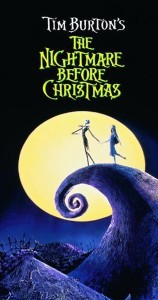 What’s this? A holiday movie that you can enjoy at any time of the year, really, but there’s something to be said for watching The Nightmare Before Christmas around Christmastime.  If you’ve ever wanted to have Jack Skellington visit your house instead of “Sandy Claws,” pop this flick in during movie night to relive your childhood dreams.

The Christmas Invasion (Doctor Who, Series 2) 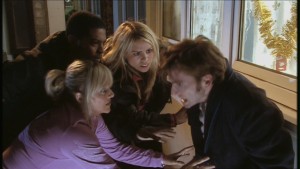 This is more of a story that takes place at Christmastime than a Christmastime episode, but it’s great to watch because it simultaneously has a lot of holiday themes (Friendship! Acceptance! Love!) and it’s the first full episode we get with David Tennant’s brilliant Tenth Doctor. Allonsy indeed! 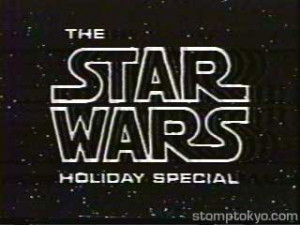 Love it or hate it – you have to admit that this is the definition of a geeky holiday special.  Yes, it definitely disrupted canon (the Star Wars theme has lyrics? What?) and it’s close to two hours long, but if you’re looking for something to complain about other than your grandmother’s fruitcake during Christmas dinner, here’s your talking point. 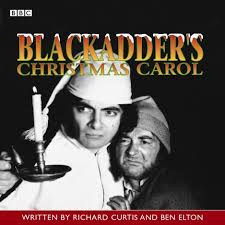 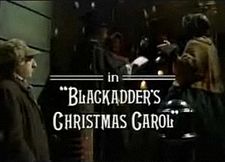 Robbie Coltrane may have been a near-perfect Rebeus Hagrid, but he also made a near-perfect Spirit of Christmas is this hilarious TV “short” (that’s actually close to 45 minutes, but that’s beside the point). Rowan Atkinson makes for a great Ebineezer (Blackadder) , and their twist on the classic Christmas tale makes it worth watching – especially compared to other riffs. 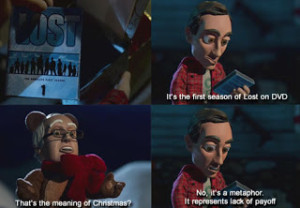 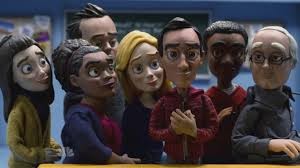 You can always watch the traditional stop-motion holiday specials, but none of them can truly match the heart and humor of Abed’s mind-trip. (They also do not feature any great references to Lost.)  “Abed’s Uncontrollable Christmas” doesn’t feel out of step for Community – it stays true to the characters perspectives, voices, and relationship. It’s great to watch at Christmas, but you can watch it any time of the year and feel great. 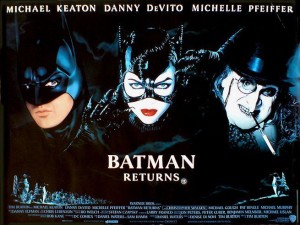 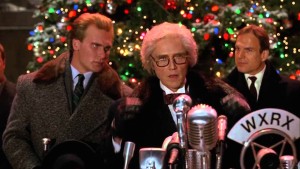 We’re stretching a little bit with this pick, but it’s totally worth it. Despite being released in June of 1992, Batman Returns takes place during the holiday season.  There’s even a winter animal as the film’s main villain? (We told you we were stretching.)  If you’re looking for something that has juuuuust a little bit of holiday influence but is mostly geeky, Tim Burton’s got you covered. Again.

Have Yourself a Morlock Little X-Mas (X-Men, Season 4) 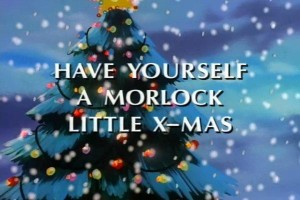 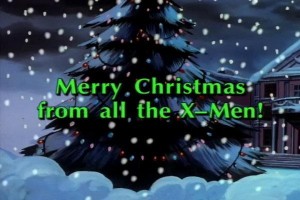 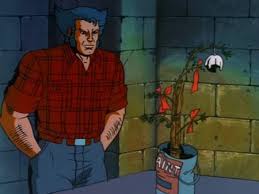 Want to see Wolverine go Christmas shopping with Storm. You know you do, and this is the special that will make that happen.