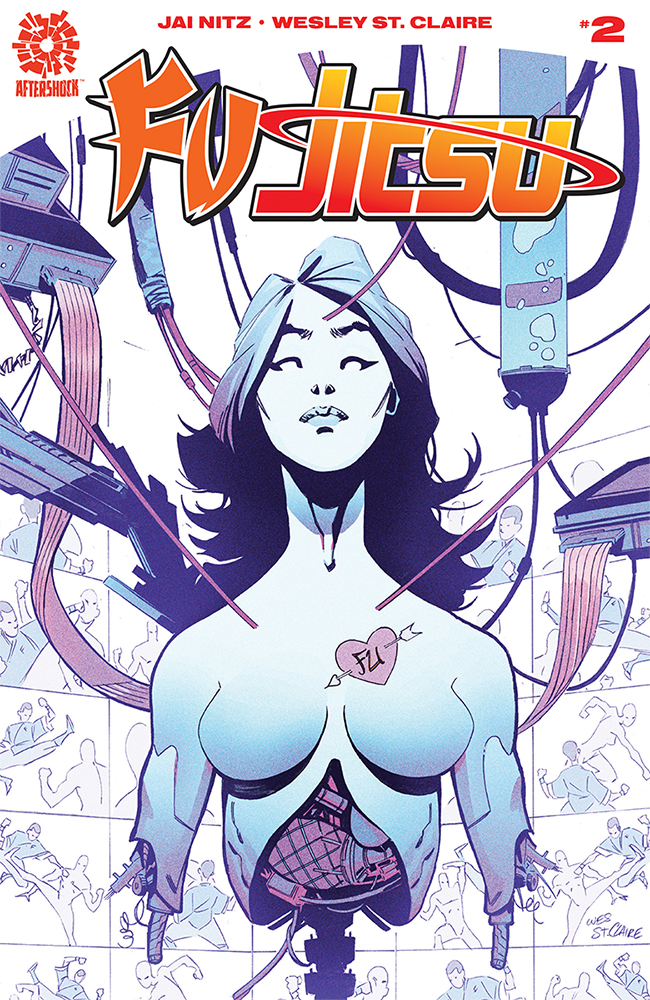 When we left Fujitsu #1 Fu Jitsu returning to the world after a breakup. Fu’s mortal enemy Robert Wadlow escaped prison got the Atomic Kitana, sent an assassin after Fu.  Fu then focuses on stopping Wadlow when an old friend appears. Check out the review of Fujitsu #1  here 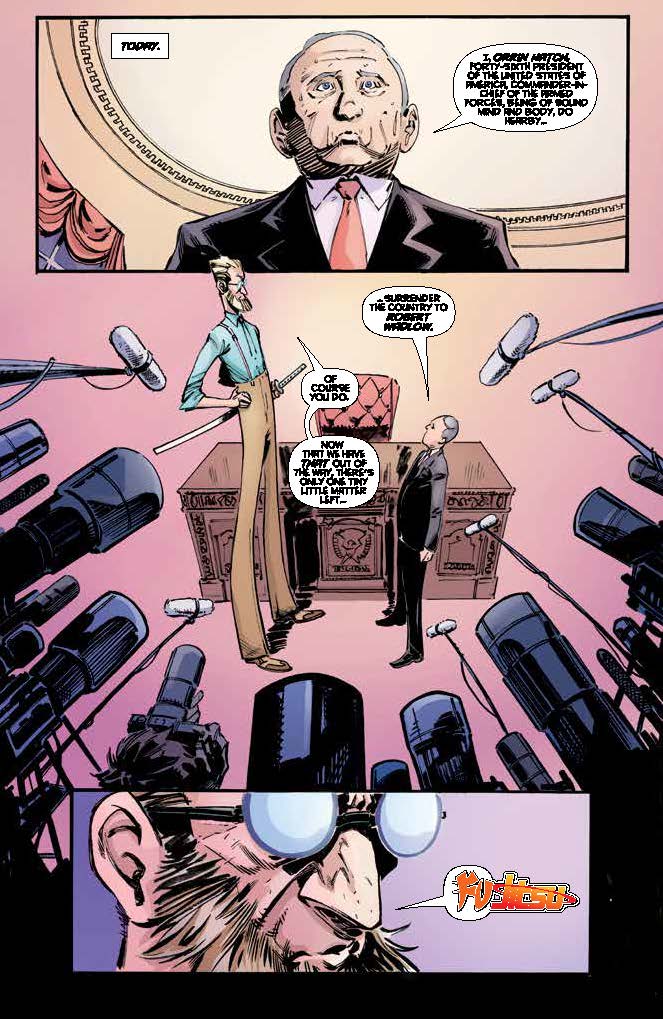 The issue kicks off with Robert Wadlow taking over the world, the governments have seceded power to him. Wadlow then turns his attention to Fu Jitsu, labeling Fu Jitsu Enemy Of The Planet. 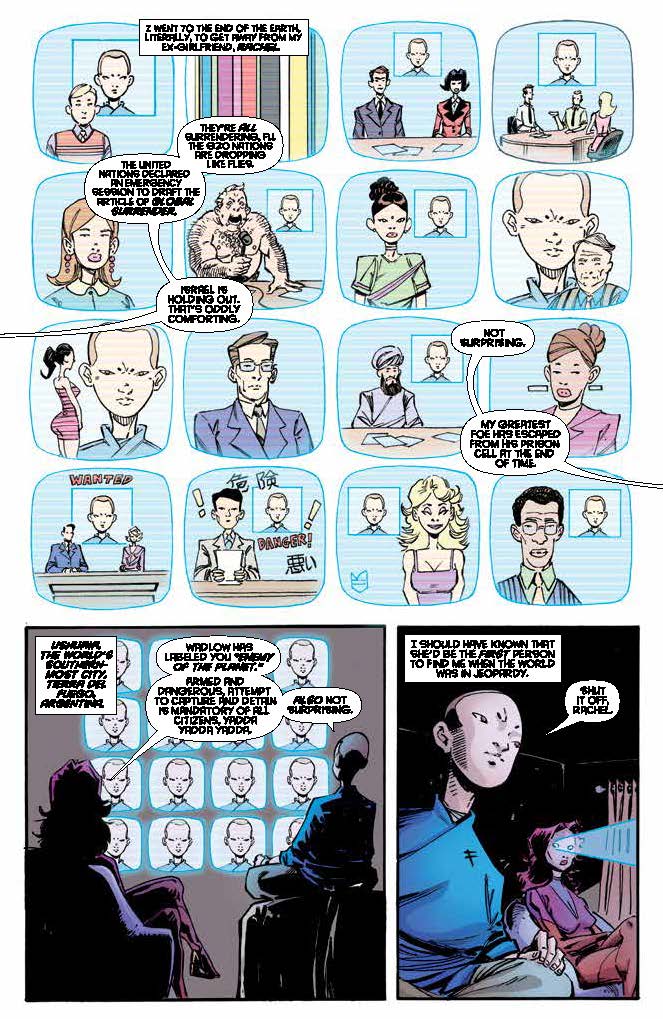 Fu Jitsu with his ex Girlfriend Rachel devises a plan to fight against Wadlow.  At the same time, Wadlow is getting impatient and task’s Fu’s enemies people fu imprisoned a rogue gallery of villains to kill Fu. 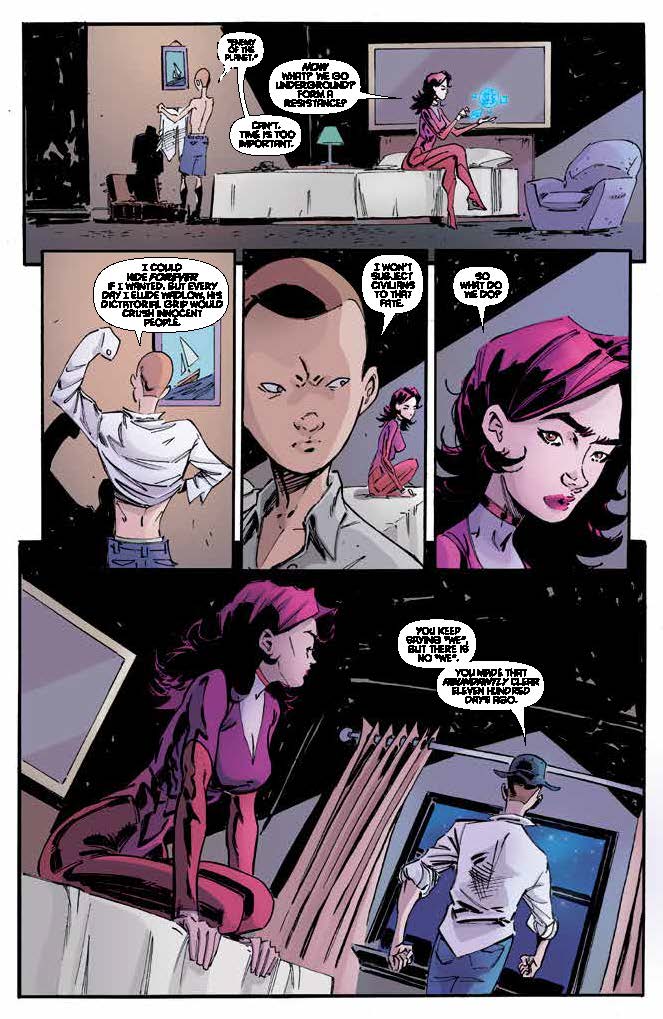 We See Fu and Rachel at the University of Tokyo Advanced Robotic’s Lab creating a weapon to take on Wadlow and the Atomic Kitana. When the rogues attack Fu. Fu activates the War-Bot’s defenses and Rachel and Fu fight the villains. 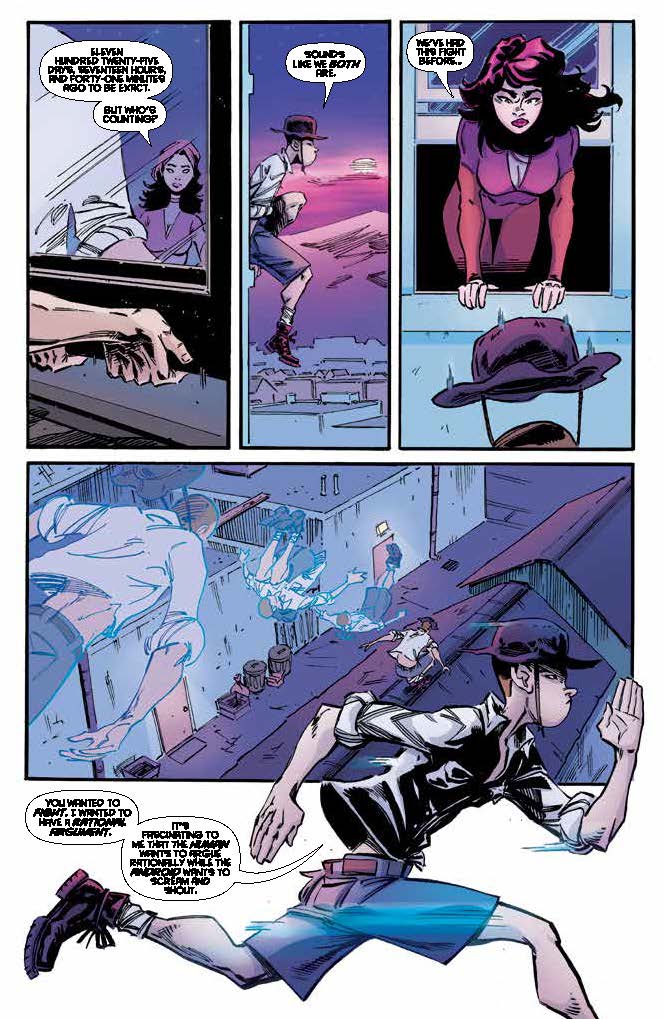 It was a battle Fu was winning until he called upon his Kung Fu Powers, which brought a doppelganger of Fu.  The two Fu’s fought while the villains got away kidnapping Rachel in the process. 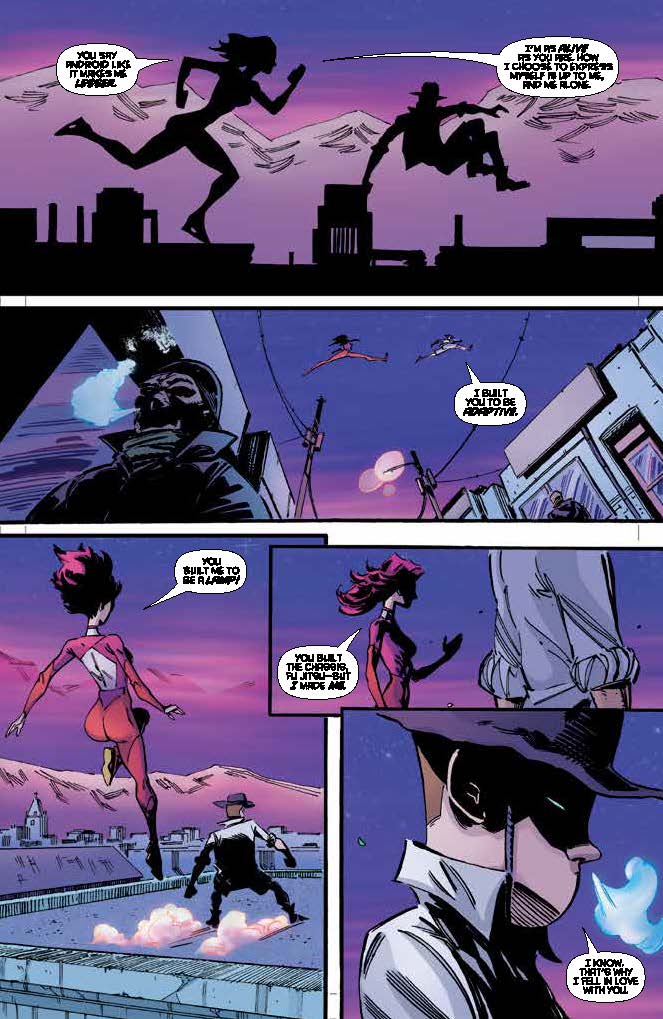 After the defeat and Rachels Kidnapping Fu enacts measures to fight the Atomic Kitana. We have to wait to see how this will play out.

Fu Jitsu Issue 2, Jai Nitz continues the strong storytelling of the first issue.  Wadlow is a great villain for Fu Jitsu as he has stacked the deck against Fu. The Issue also fills in some details like Rachel being an android, Fu’s secret weapon. The way the issue ended left me wanting to see the epic battle between Fu Jitsu and Wadlow. Again the art of Wes St. Claire is spectacular fantastic action sequences, great character design, and great backgrounds.  Fu Jitsu is new series that is becoming a must read with each issue something different than the typical superheroes of comics and a worthy addition to your pull list.