If you get revenge but it's during the course of a really bad movie, did you really even get revenge?

Freddy’s Revenge is an absolute disaster from start to finish. Let’s just get that out there. Though in recent years there have been many who have begun to defend the film, I cannot agree with their reasonings. To me, it feels more like the Freddy’s Revenge Apologists are simply trying to reassure themselves.

What it comes down to is that the film’s entire premise really just isn’t scary. Freddy is quickly able to invade the real world; going to sleep doesn’t make much of a difference. Here, he is possessing the body of a confused young man and forcing him to commit acts of violence. He’s clearly sexually repressed, and there is a statement to be made here about homosexuality – but the statement is not very clear besides the fact that, well, the guy is clearly gay. What this screams to me is simply “missed opportunity.”

I love the fact that Jesse, the main character in the film, has some very strongly repressed issues with his sexuality. I believe that a great metaphor could have been made. The film could have made something bold with this idea. Instead, it just comes off being silly. He dances like an idiot in his room, and it’s more uncomfortable than funny. It’s just strange.

A case has been made that detractors for the film need to let go of the fact that it breaks the villain’s mythology. But why? After all, that’s what made him so scary in the first place. If you fall asleep, if you take that natural plunge into sweet unconscious bliss, you will most likely be torn to shreds by a sadistic child-killing demon. Why on earth would you abandon that concept so soon? It barely had a chance at this point to develop. Why try to tarnish such an ingenious film so early into its burgeoning franchise?

I cannot tell you because I do not know. I just don’t see a point. As if my stance hasn’t been clear on this film enough, I will make it even clearer. I have watched Freddy’s Revenge twice in my life. That’s one time too many. It’s a good watch to figure out what should not be done in an Elm Street movie and to move on. A second watch is just wasting time that could have been rewatching the first film.

Mean as it may sound, another humongous issue in this film is the main character. Mark Patton plays Jesse, and he seems extremely confused about his role in the film. Due to this, his acting is just not good. He has a tendency to screech like a child during numerous sequences. It is very hard to believe that this character is carrying the story forward while he screeches like a banshee.

Instead, Kim Myers, who plays Lisa Webber, the love interest, seems to pick up his slack. It’s a shame that she wasn’t cast as the focal point of the film instead. She has all the qualities of a hero; she is resilient, smart, and determined. Without her, Jesse would not be able to make it out of this film alive.

Her aside, every actor in the film gives us a ridiculous and extremely laughable performance. Who cast this film? Better yet, who the hell wrote this dialog? (I know the answer, I’m just being impertinent.)

Okay. I’ve got it out of my system. I’m sorry, friends. I hate when I get so mean about things. I just needed to get that off my chest. There are some good things about this movie, so let’s talk about them for a bit. It won’t take a while; there aren’t many. Ugh, here I go again. I’m sorry. I guess I’m just a big meany.

Robert Englund is good here. He has some pretty cool things going on. It was very disgusting when he was crawling out of Marc’s chest. I liked when he pulled the skin off of his head to expose his brain, even though it doesn’t make much sense. There’s kind of a skull in between your skin and your brain, but whatever. I get it, it’s fantasy. 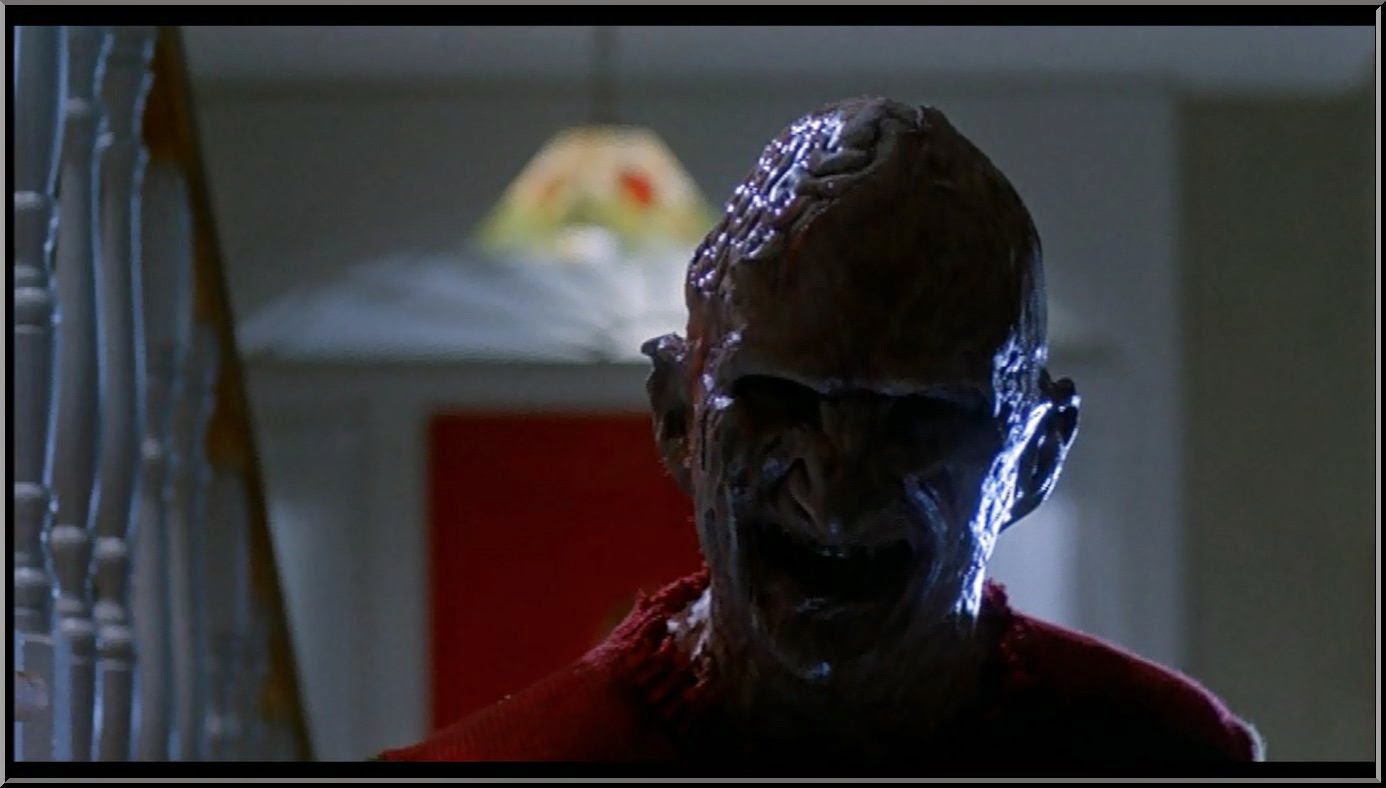 I wish there was an interesting story about why this film failed. Maybe it was an identity crisis for the creative team behind Freddy; I believe it actually to be the lack thereof for any serious creative team. Wes Craven did not want a sequel. Thus, he had nothing to do with it. The film was released very quickly to capitalize on the success of the first; the audience only had around a year to wait before Freddy’s Revenge was unfortunately thrust upon them. Maybe David Chaskin’s screenplay was rushed, (I think it was), or maybe director Jack Sholder doesn’t understand the basis of what makes the character so great in the first place (I don’t think he does). I can’t say. I don’t know what went wrong.

I suppose I really can’t talk about the good things in this film without being a huge jerk. Well, let’s end it on a positive note at least; the next film is much, much better. It’s a fan favorite and for good reason.

Just do me a favor, okay? I don’t want to talk about this movie again. It kinda just makes me sad, man. See you in two weeks. I’ll be in a better mood. Promise.

Okay, wait. I’m sorry. One more thing. Killer balls? Come on! What the actual fuck! I get the metaphor. You’re really just pushing it with that one. Come on!