New Nightmare is the most thoughtful, serious entry to the ANOES franchise. And maybe - just maybe - it's also the best.

I had always been a big fan of New Nightmare, the seventh installment of the A Nightmare on Elm Street franchise. The fact that it revamped Freddy to be dark, ominous, and scary again was a big selling point to the movie for me. However, after experiencing some of the previous entries to the franchise for the first time leading up to New Nightmare, I know appreciate this film more than ever.

Look, Freddy turned ridiculous. I understand that there are many fans who liked the silly version of Mr. Krueger, but I am not one of them. After all, the reason the original movie was so great was that it was actually horrifying. As the special effects and dream sequences got bigger and better, the quality of the plots seemed to diminish.

Who would have thought that it would take the original mastermind behind the 1984 movie to save the series? (Hint: everyone.) 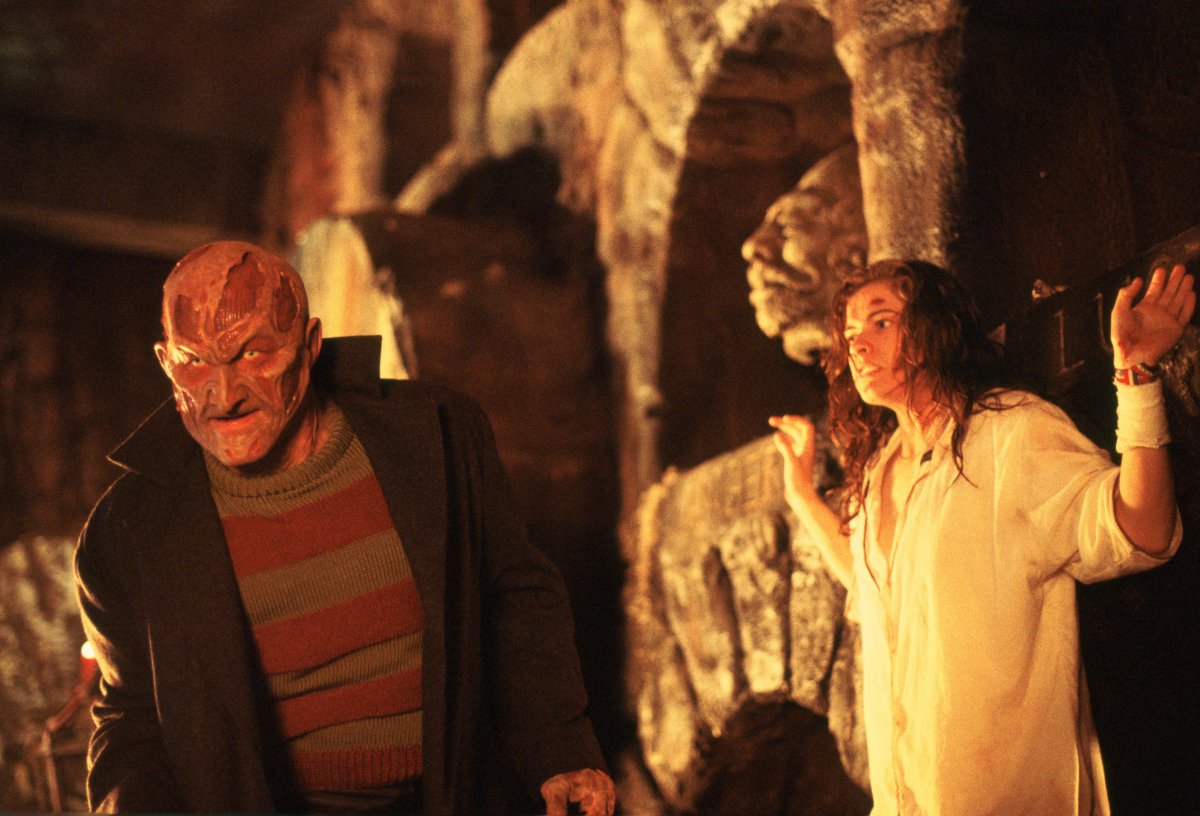 Craven returns to the world he created to make a film about the real world outside the one he created but based around the movie. That’s simply an annoying way of saying that New Nightmare is a movie about a movie; it’s self-aware. Heather Langenkamp, who played Nancy in the original, returns to play herself. Freddy, as you know, was killed in Freddy’s Dead. Now that the fictional dream demon is dead, a “real” dream demon has been released to punish those who were involved in the film series. The solution? Well, make another sequel, of course!

Langenkamp is now a young mother, reluctant to work on anymore Elm Street movies. In both a stroke of genius and fan service, Robert Shaye, Wes Craven, Lin Shaye, Robert Englund, many more notable faces appear in New Nightmare to play themselves – and to ultimately help to blend fiction and reality in this dark, intelligent entry.

“Intelligent” is really the most important word here. It describes not only the plot but the way in which the story is handled in every aspect. From the acting to the score, to the cinematography and writing, to the clever dialog and updated design of Freddy Krueger, this is a film that has been waiting to be unleashed for ten long years. As each sequel became more and more ridiculous, Freddy Krueger had been gestating and waiting, longing to be released in a serious manner once again.

It would be very hard for anyone to dislike this movie, even those who are opposed to horror films. It goes so far as to question the morals of those involved with the making of them. For instance, Langenkamp is asked in one scene if she is comfortable with Englund being around her son. He’s been the face of one of the most prolific fictional murderers for ten years at this point. Is it possible that some of his work has rubbed off on him? Are veteran horror actors able to leave all of the sick urges behind them when they remove the makeup and walk off the set?

I think so. I don’t think that people who work on horror movies actually are sickos. Still, it’s a good question to think about. And who is better suited to propose a question like that than Wes Craven?

Stick around as the ANOES Franchise Files concludes with…uh-oh…the remake.

In the meantime, Freddy returns in 2003 with Freddy Vs. Jason, which was covered during the Friday the 13th Franchise Files series. It can be viewed here.