The 2009 film would be Romero's last directorial effort. 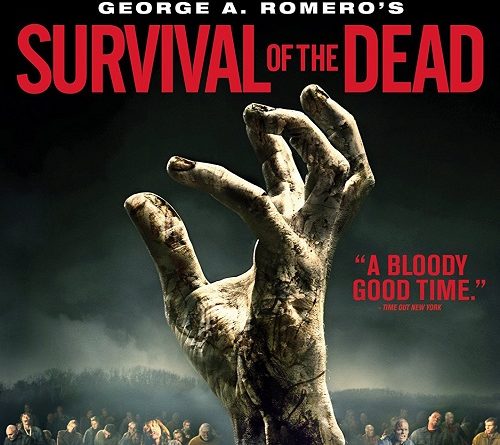 In 2009, revolutionary filmmaker George A. Romero would make his final zombie film with Survival of the Dead, a Hatfield and McCoy-type story but with zombies. And in keeping with his roots, it would be a relatively small project – certainly nothing of the scope of epicness like World War Z. Romero, until his death, never wanted anything to do with a movie like that. His films needed to have something to say; something of substance.

And though Survival of the Dead has a few pretty eyebrow-raising CGI moments, it’s the story that really keeps one invested in the film. Here, we have a small island where two families are divided on how to treat the ever-increasing zombie epidemic. Are they to be killed immediately? Or should they be corralled and kept alive until a cure is found? In the spirit of always finding a way to keep things fresh, Romero, once again, envisions the zombie outbreak like no one else could.

By now, the “rules” of the zombie world have more or less all been laid out for the viewer by now. You’ve got to shoot them in the head. All it takes is a bite. If you die, you come back as one of them. But we are not living through the zombie apocalypse, and we don’t have family and friends who are succumbing to this new and terrifying plague.

But what if we were? Would we all really be so quick to just aim for the head and pull the trigger? Would killing your sibling, child, or parent really be that easy?

The second thoughts would surely arise; after all, this is a new epidemic. Though the cards are highly stacked against this scenario, what if there was a way to reverse it? Would you even be willing to watch your child, the pride of your life, go on as a zombie just in case there was a way to fix it?

It’s easy to say no without giving it more than a second thought, but the what if aspect may forever be in the back of your mind after employing the use of your trusty twelve-gauge. This is why Survival of the Dead is such a great movie; its premise is genius.

The film is a lot of fun, too, despite being short on nightmare-level scares. Look, at this point, Romero had been making films like this for a very long time, and the director seemed to really want to try and have something to keep you up with by making you question things. The zombies, more often than not, became allegorical creatures. There was always much more to his films than just what was going on during the violence. The same cannot be said for many of his contemporaries, both new and old, who more often than not were content with just ripping out brains and eating them.

Survival of the Dead was to be the filmmaker’s last film, sadly. Though he is now gone, his legacy remains.

This concludes the Franchise Files on The Geeked Gods. We hope you’ve enjoyed looking deeply into four different long-running franchises with us. I know we did very much.

But, you never know…one day it just may rise back up from the dead! Until then, see ya!