The Star Trek film series really starts at the second film, The Wrath of Khan. It makes it all-too-easy to forget about the dissapointment of the first film.
by Paul Aloisio September 19, 2016 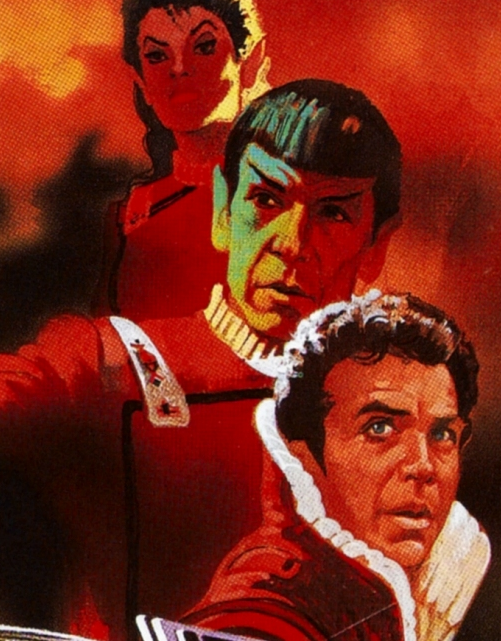 Watching The Wrath of Khan is like letting go of a deep breath you’ve been holding in for just a bit too long. As I wrote in the first installment of The Franchise Files, the original motion picture was too bloated, too big, and lacked any real characterization of these familiar and beloved characters. It relied on special effects and attempted to recreate the work of Stanley Kubrick. Though the title of the film said Star Trek, it was anything but. Thankfully, the sequel gets everything right.

Yes, I said everything. The Wrath of Khan is everything that Star Trek should be. It’s adventurous. It’s daring. It’s fun. And most of all, the characters are of real substance.

The film starts out with an aged Captain Kirk struggling with his new position as Admiral. He no longer spends his days traveling along the cosmos – that, he insists, is a game for the young. While Kirk grows older and grumpier with his current position, the USS Reliant sets out to search for a deserted planet to test out the Genesis Device, a machine capable or creating life in places once thought inhospitable. On a lonely planet, however, Commander Chekov (Walter Koenig) and Captain Terrell (Paul Winfield, a newcomer to the series) are scouting a suitable location to test the device. On the planet, however, they find more than they bargained for. Khan Noonien Singh (played wonderfully by Ricardo Montalban), a superhuman from the twentieth century, had been exiled by Kirk fifteen years earlier. (This could be seen in an episode of the original series). Khan, in a vulgar display, captures the members of Kirk’s crew by putting terrifying little aliens into their ears, controlling their thoughts and actions. Khan wants Genesis, and he is going to do anything he can to get his hands on it.

What ensues throughout the rest of the film is a battle between two old enemies. The character of Khan is one of the most interesting in all of Star Trek. He is a man so blinded by his wounded pride that he becomes nothing short of evil, doing anything in his power to bring Kirk to his knees. This time, William Shatner’s acting is much less stiff and forced. The comradery between him and his crew feels natural; it’s like coming home. Finally.

As great as both Shatner and Montalban are in the film, the real star ends up being Leonard Nimoy. The dichotomy of his Vulcan and human heritage is constantly being explored, with this time being no exception. He displays an act of selfless heroism – in which “the needs of the many outweigh the needs of the few” – and without spoiling anything, proves once and for all that being human is more than just your genetic makeup. Something that was also fixed here in The Wrath of Khan (thankfully) is the pacing. The first film’s pace was, at many times, unbearable. If anything, the first worked as a suitable cure for insomnia. Khan feels much more like an actual film than a series of juxtaposed moving sequences. The story is rich, full, and moves naturally towards its conclusion. Nicholas Meyer’s direction of the film has much to do with this, but so does Harve Bennett’s astounding story.

The budget for this film was substantially smaller than the galaxy-smashing that of the first, with The Wrath of Khan costing $11.2 million to make.

It would make $97 million at the domestic box office, making back almost ten times what the film cost to produce. So, yes, for all intents and purposes, the film was a success. Gene Roddenberry, creator of the franchise, had written a sequel, but it was not used – his story involved going back in time to prevent the assassination of John F. Kennedy. I cannot say that I wished I could have seen that film instead. He was then bumped off of the creative team and wound up being credited as “executed producer”. Here, that may have been Paramount Pictures just playing nice.

As entertaining as the movie is, the real triumph was in reestablishing interest in the franchise. I firmly believe that, had the series produced another film like the first one, we would not be talking about Star Trek in such high regard in the year 2016.

But thankfully, we are.

Tune in next time as The Franchise Files delves even further into space with Star Trek III: The Search for Spock!