In Star Trek Generation, Kirk's loyal fans get to say one final goodbye. 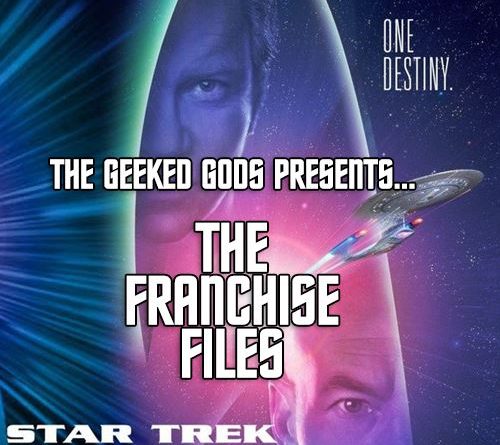 By May of 1994, Star Trek: The Next Generation had run its final episode. But if you’ve been paying attention to pop culture since the 1950’s, you’d be smart enough to figure out that Picard’s crew would return for more. What you may not have been able to tell, however, was that Kirk would be coming along too for one final performance.

Star Trek Generations is the first film to feature the cast of TNG, and much like Star Trek: The Motion Picture, their first foray into big cinema would leave something to be desired. It’s not that Generations is really as bad as some have made it out to be. It’s simply that the new cast needed to find their footing. Which is understandable – making the jump as a whole team from Television to feature film must take some getting used to. Released only a short seven months after the series ended, the film never hits its stride until almost halfway through its runtime. Only then do things start to pick up; and when they do, the movie is great. It’s just that pesky first half that nearly kills Generations.

The film starts out with an actual attack on the Enterprise, which a Star Trek film has yet to do. Kirk, Scotty, and Chekov are guests upon the USS Enterprise-B to commemorate the ship’s maiden voyage, under the supervision of Captain John Harriman (yes, that’s Cameron from Ferris Bueller!). The ship, unprepared for any type of battle, takes on a surprise rescue mission that proves to be fatal for some of the crew. Kirk, it seems, has died in order to save Starfleet.

Nearly a century later, Picard (Sir Patrick Stewart) is now the Captain of the Enterprise. The crew soon comes into contact with the El-Aurian Dr. Tolian Soran (Malcolm McDowell), who turns out to be one of the El-Aurian people who was rescued by Kirk before his demise. In that rescue, Soran was actually torn out of something called the Nexus; a realm without time, without meaning, where one can experience any type of joy they desire. Soran is obsessed with returning to this place, which is only achievable through a mysterious energy ribbon, and will do anything in his power to get there. No matter how many must die in the process.

Weaving through this admittedly interesting plot is an admittedly irritating subplot in which Data has a chip installed that allows him to experience human emotion. There’s a statement to be found in here; I didn’t care for it. Truthfully, it did not do anything for the story aside from adding some attempted humor. This humor did not pay off. It would have been a great ingredient in a standalone episode – but that’s not what Generations is. As I said before, chalk it up to growing pains.

And then there is the whole issue with the introductory hour to the film. It’s incredibly clumsy and boring; much of it could have been trimmed. The film would have done much better as a 90-minute feature as opposed to nearly 120. Picard is also upset because his nephew has perished in a fire and the Picard family line will not continue as he has no time for a family (in an attempt to draw parallels with Kirk). Once again, it’s a great idea for an episode. Not so great here. There seems to be too much going on, too many statements to be made, and not enough cohesion until the story picks up.

But when it does, it really does. As it turns out, Kirk has been in the Nexus dimension all this time. When he is finally reintroduced to the film, he is nothing but charming; every scene he was in brought a smile to this Kirk fan’s face. He’s the same Kirk that we’ve always known and loved, albeit slightly older. Kirk and Picard get some onscreen time together, and it’s great. But there should have been more! Could anyone imagine how much better, how much more monumental Generations could have been if Kirk and Picard worked together for more than ten minutes? The personality clash (or, who knows, even mesh!), the conversations we could have been witness to, the problems they could have solved! Instead, we have but a few scenes of them coexisting before talking with their fists to Soran.

It is possible that I’m asking too much and I should just be grateful that we are able to see the two greatest captains of the franchise on screen together. But I can’t help it. At the end of the film, I was legitimately emotional. One, because it was heartbreaking to see Kirk go forever, and two, because there is a substantial amount of emotional weight at the film’s conclusion. The soundtrack, the fantastic visuals, everything considered makes the second half a solid dose of science fiction cinema.

When all is said and done, the final half of the film packs so much of a punch that it is well worth sitting through the first half. Truth be told, I had attempted to watch the movie years ago and turned it off. Now, with the pressure on to finish every movie in this franchise, I had no choice but to sit through it all. What would have happened if I never had this opportunity? Would I be missing out on something?

I think so. Despite all of the movie’s shortcomings, it does the best it can. There are things to be tweaked here and there – big things, actually – but hey, that’s what sequels are for. Aren’t they?