Star Trek's 2009 reboot gives us a break from the morality plays and instead delves headfirst into the action of Kirk and company. But does it work? 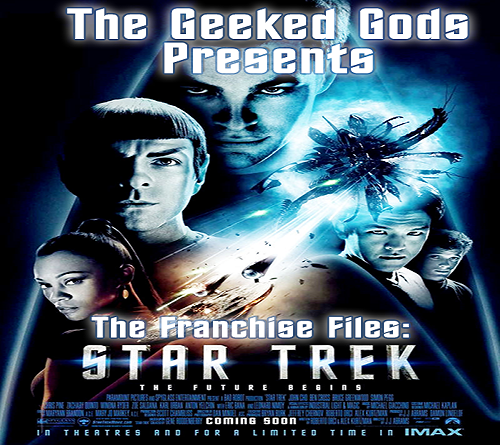 There comes a time in every franchise’s life when it must go through the reboot treatment. Sometimes it works. Sometimes it doesn’t. And although the Star Trek reboot is not without problems, it definitely hits the mark in most areas.

The 2009 Star Trek reboot, helmed by J.J. Abrams, is essentially an epic action film. Gone are the heavy moral questions that permeate most of the other films (and episodes of the franchise); instead, we have a movie that is thrilling – exhilarating, even – but devoid of the core cerebral aspects that made the original series so unique. It would be hard to blame this on anything besides the time in which it was created.

Let’s face it: before this, the films in the franchise have been extremely hit or miss. Critics seem to loath most of the movies in the series, and another film like The Voyage Home would have been impossible to create with an entirely new cast. Most of the films thus far have relied on the viewer’s attachment to such beloved characters. And with a full reboot of a cast that not only had 6 feature-length movies but three television seasons prior to that (not including animated ones) and countless books, it’s kind of hard to establish the same warm and fuzzy feeling that many have with the original cast in the timespan of only two hours.

So, with that in mind, I think that writers Roberto Orci and Alex Kurtzman made the best possible choice available in creating a straightforward action film. This is what audiences want in 2009. This is what a franchise attempting to reestablish its place in the world needs – a big, loud, fast-paced science fiction action film to reel them. It is simply the way of the world; I do not think that another film about whale conservation would have the same effect.

Who is this stylistic change hurting? No one, actually. The films had become unnecessarily clunky and tired to most viewers (besides me, but I suppose I’m a freak) and for the franchise to survive, a serious overhaul was needed. I love you, Patrick Stewart, but the critics did not take very kindly to your place in Star Trek cinema. If anything, I’ve always just viewed this reboot as a fun way to ensnare potential Trekkies in and then subsequently discover what came before the reboot.

Another reason why this reboot is so “safe” is that it does not rewrite what happened in the original series at all. The 2009 film exists in an alternate timeline – this is explicitly stated by Uhura if you pay attention – and therefore does not tarnish William Shatner’s legacy. Through the encounter of Nero and Spock with the black hole, we are able to get a glimpse into a new Star Trek timeline that works as a companion piece to the original series instead of a replacement. Once again, there’s no real harm that could come from this reboot, but instead, a lot of good.

There’s plenty of fan service in this film for the old fans, whether it’s New Spock (Zachary Quinto) delivering a quick line of “fascinating…” or the reemergence of Old Spock (Leonard Nimoy, who else?) in his final major Star Trek role. In fact, the reveal of Nimoy in the film is so well done that keeping a smile down is next to impossible. This scene is moviemaking at its finest; we all know Spock is going to appear again, and we all know when it finally is him, but for dramatic effect we are left staring at the back of his head for just long enough to ramp up the anticipation (as if it wasn’t there already). Seeing Nimoy here and having him deliver the final monolog of the film is nothing short of heartwarming; a perfect ending to his Star Trek career. In the wake of his death, it holds even more power than what was originally intended.

Nimoy would have a brief cameo in Star Trek: Into Darkness, but more on that next time. The cast play off each other exceptionally well – Kirk (Christopher Pine) and Spock feel natural together, and Pine gives the best performance in the whole movie besides Nimoy. He is outstanding in his delivery, and although he doesn’t have the same eccentric stylings of Shatner, he comes incredibly close. In fact, I would say that every single member of the cast did a great job at portraying these characters that we have come to love so much. Are they good enough to replace the originals? No. But they don’t need to be.

Pine and company have a long way to go if they are ever going to fill our hearts the way that Shatner and Nimoy have done for so many years, but if this first film is indicative of anything, it is that they are on the right track. In time I believe that many fans will gravitate this new generation of the Enterprise – and even if not, you will always have the originals. No harm, no foul.

The Reboot continues on in two weeks with Into Darkness, which features Benerdonckt Cucumber as Khan, despite JJ Abrams denying Khan’s inclusion before the film’s release. You dirty trickster, you!