The Franchise Files – A NIGHTMARE ON ELM STREET 4: The Dream Master (1988)

As the A Nightmare on Elm Street franchise rumbles along, things start getting sillier and sillier. Which, in turn, means more profits for the film, and more fun for fans of... 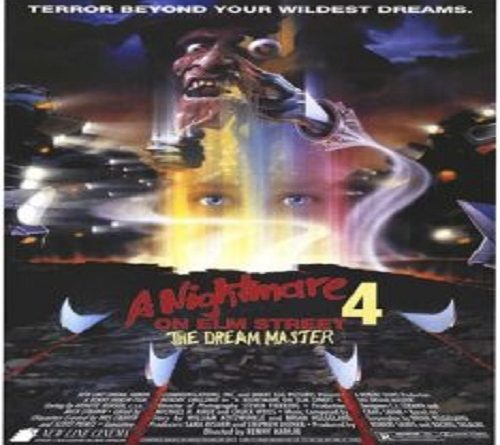 As the A Nightmare on Elm Street franchise rumbles along, things start getting sillier and sillier. Which, in turn, means more profits for the film, and more fun for fans of campy horror. The Dream Master is the most intentionally silly film in the franchise thus far and makes no attempt to hide it.

Only three children of the original Elm Street family remain, and Freddy Krueger, resurrected in a scene in which a dog urinates fire (yes, this happens), is back to destroy them once and for all. His first targets are the survivors of the previous film – of which he makes great waste with murdering. Once Kristen (played by Tuesday Knight, who replaces Patricia Arquette) is killed, her friend Alice (Lisa Wilcox) realizes she has great supernatural powers. Able to retain the souls of her slain friends, she seeks redemption for their murders by ending Krueger once and for all.

Well, at least until the fifth movie.

The Dream Master, for all of its strengths, also contains almost an equal number of weaknesses. It’s clear by now that the true star is Robert Englund, who gets top billing in the film. Some of his kills are the most disturbing and inventive seen in the franchise so far – most notably a scene in which a young girl’s arms are broken clean off while lifting weights and are disgustingly replaced by a bug’s appendages. A transformation quickly and agonizingly occurs until she is no longer human and then squished in a roach motel while Freddy looks on in laughter.

Yet the sequence that the film is most remembered by is one that rides a thin line between humor and horror. Freddy displays a pizza with various toppings. One of these ingredients is a human/meatball hybrid, screaming out in pain. The gloved killer impales one of these meatball people and eats it – it’s bizarre and campy, but the juxtaposition between comedy and death is surprisingly unsettling.

Then there’s the invisible martial arts kill, where a character fights a totally invisible Freddy in an airy, windy room covered in sheets. The martial artist kicks, punches, and dances around like a maniac “fighting” Freddy, until he is killed by a floating glove in a very unsatisfying and lazy way. I’m not exactly sure why this scene ended up this way – I wouldn’t doubt if budget restraints or reshoots had something to do with it – but this, along with numerous other kills in the film, hamper it from reaching its true potential. The Dream Master is much more uneven than the previous installment, but it still makes for an enjoyable and rewatchable ride. The effects by Screaming Mad George are phenomenal. He would go on to drive this point home in a film by Brian Yuzna the following year titled Society, where his effects are put on full display. Fans of Yuzna’s film with delight in going back and rediscovering the end sequence of The Dream Master which serves as a precursor to the gooey, slimy, flesh distortion that gave Society such notoriety.

Freddy is now getting considerably goofy. While I personally prefer a more serious Krueger, I understand the appeal for a joking, menacing bad boy. I found the beach scene where Krueger uses his claws as a sailfin in the ocean before exploding out of a sandcastle and donning glasses to be absolutely ridiculous, but I understand why others enjoy it so much. It’s just fun for the sake of being fun – however, I found it to be almost too corny to be enjoyable. 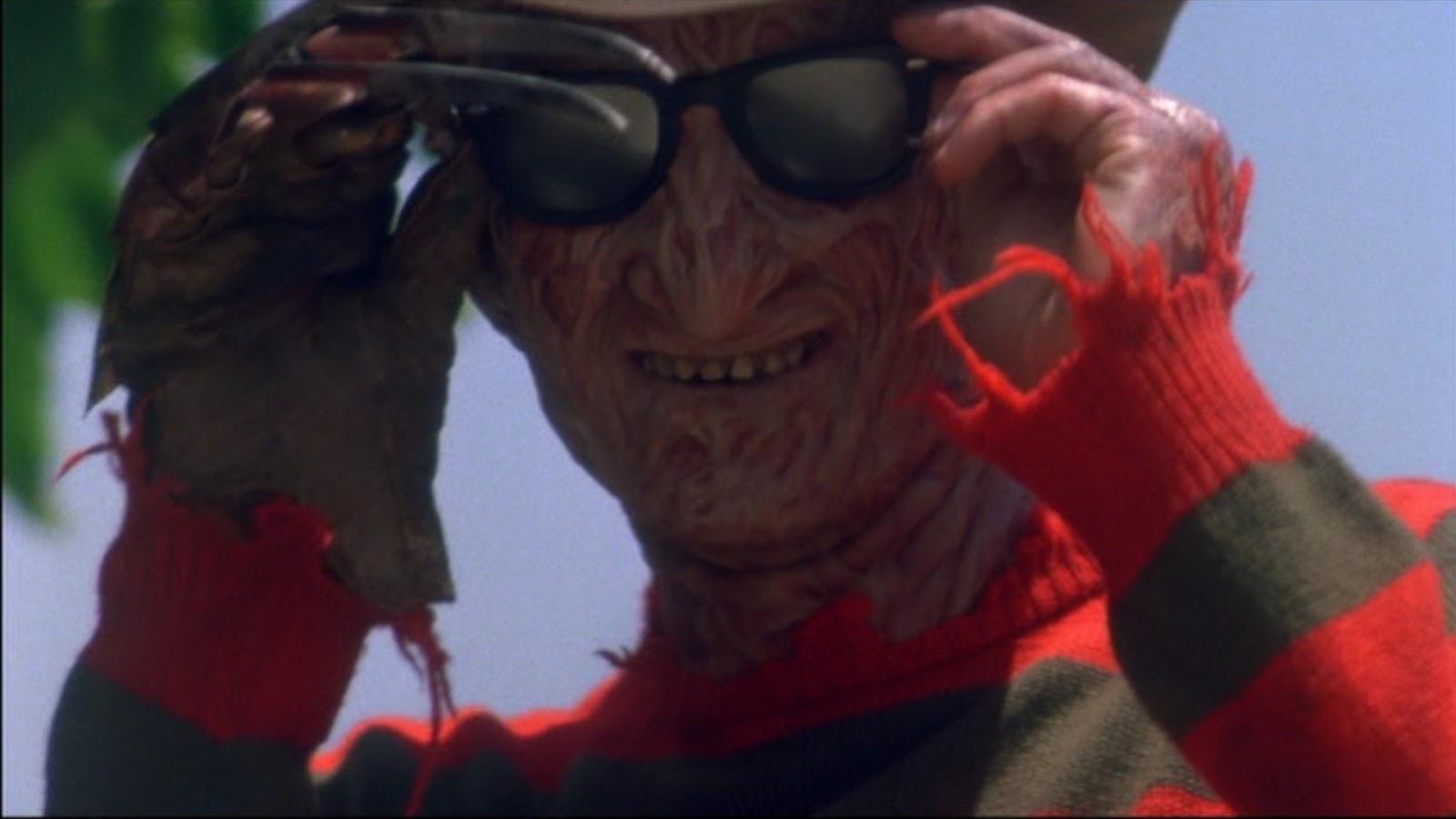 Still, the pros outweigh the cons in The Dream Master, and the end result is a solid albeit unbalanced fantasy/horror film with tinges of comedy spread throughout. The film would be a huge success, with the monetary gain not repeated until 2009 in Freddy vs Jason. Director Renny Harlin, a Finnish newcomer to Hollywood, would be praised as the hottest up and coming director in the business for a while. A series of box office bombs would get in the way of his career, however, and outside of Die Hard 2, The Dream Master remains his biggest accomplishment.

Tune in next time as we find out just what hijinks Freddy will get himself into during the fifth installment of the franchise, The Dream Child!