Without Robert Englund, Freddy is hollow and bland. 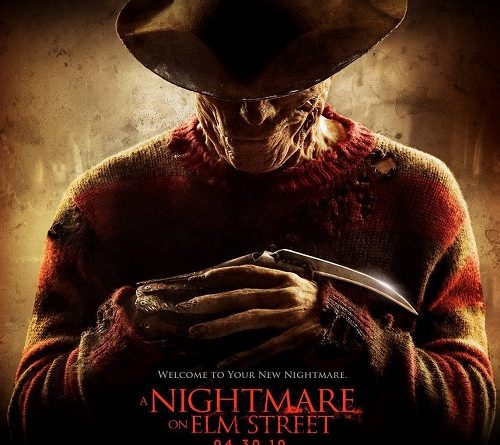 In only a few short years, Freddy Krueger went from being a horrifying monster to a comedic maniac who gleefully killed for sport, spewing one-liners and taking audiences to exotic locations. In short, Freddy just was not scary anymore, and Wes Craven’s New Nightmare, though an excellent film, could not erase all the damage that had been to the Elm Street franchise through oversaturation and a lack of ideas. The majority of filmgoers loved Freddy – how could they not? – but in order to reinvent the character as something truly terrifying once again, studio execs would need to push for something dramatic.

In 2010, the Elm Street got exactly that. The remake, starring Jackie Earle Haley instead of Robert Englund, was released by Platinum Dunes in an effort to reinvent Freddy Krueger. Two horror icons had already gotten the same treatment; Michael Bay, who would produce the new film, had already brought Freddy back in Friday the 13th a year before, and Leatherface was brought back into the fold in the Texas Chain Saw remake in 2003. Both were good films. This movie was not.

In many ways, the 2010 version of the film is a shoddy replica of the 1984 version. The story is nearly identical, save for a few key differences, but it lacks any charm or sense of originality that Wes Craven’s film had. Whereas the original was a master class in bending reality, the remake is a list of bullet points on a cheap “How to Make a Teen Slasher” pamphlet.

In an attempt to reinvent Freddy, a new actor, the aforementioned Haley, was brought in to replace Englund, an idea which Englund seemed to support. In 2010, Englund told MovieWeb in an exclusive interview that he was “More than happy to hand off the baton to Jackie”, while also adding that Haley “Has got such chops. I was a fan of his as far back as the very early ’80s in a little film called Breaking Away, about the bicycle racers in the Midwest. Jackie has a kind of wiry build to him so he’s bringing a certain energy that I’ve always thought was appropriate for Freddy, just in his own physicality. Craven was less enthused about the idea to recreate the character and was disappointed about not being asked to lend a hand to the film as he did during the 2009 remake of The Last House on the Left.

One of the key changes to Krueger in this film would be that his appearance would resemble more of an actual burn victim. And though this much is accomplished, it never quite seems to work. Haley’s appearance in the film is memorable only for the fact that it is so annoyingly hampered by CGI most of the time. Had he not spoke during the film, it possibly could have worked. However, Haley’s voice (and lines, for that matter) nailed the coffin shut on the character’s design, making him unintentionally funny and funny-looking. Kind of like your Mother. Oooh!

It would also be apparent that Krueger is a child molester this time around. This does, in fact, make the character more menacing. In doing so, it also makes the character much less likable. There needs to be some sort of balance – for example, Krueger in A Nightmare on Elm Street 3 is both menacing and often humorous. His makeup is spot-on. His lines are delivered with zest, and he’s just the right amount of evil. It’s a strange phenomenon. After all, evil is evil. But it would be foolish to deny that despite his deeds, there is something addictive about the character. Maybe we’re just all severely messed up. I’m not a psychologist. I don’t know.

The protagonists in the 2010 Elm Street also do not even come close to living up to Langenkamp and Depp. It’s an impossible task to begin with, but perhaps a bit more character development or personality or even a shred of lightheartedness could have helped. None of these characters are any good.

Samuel Bayer’s direction of the film appears overwhelmingly bland and drawn out. There are seemingly no defining characteristics to the film; not in the mood, not in the lighting, and not in the execution of the scares, either. I don’t doubt that this would be far less disappointing in a remake of a film with a lesser reputation; however, this is not the case. We are dealing with one of the most iconic horror franchises of all time.

I don’t think that anyone on the planet in 2017 is surprised to hear that the remake is terrible given its reputation. But there are many who probably do not know just how much this film ended up making at the box office. Set against a budget of $35 million, the A Nightmare on Elm Street remake would end up making $115.6 million at the box office. That makes this film the most successful in the entire franchise. Yes, it’s true. The remake made the most money out of any of them. Aggravating, isn’t it?

But maybe it’s not all that surprising. New Nightmare was released in 1994 and Freddy vs. Jason was released in 2003. Those are long gaps for Freddy to stay dead; between 1984 and 1991, there was a total of six films. The audience was hungry for more; it’s just a shame they were served lunchmeat.

Could anything good be gleaned from this film? In my opinion, no, not really. It’s not the most offensively bad film I’ve ever seen. It’s simply an unfortunate waste of time. Freddy Krueger returned as a lifeless, tired villain, riding on his past successes harder than ever. As of now, this is the last we’ve seen of Krueger, making fans all the more bitter towards the film.

Yet, maybe it’s for the best. Maybe the character of Freddy Krueger really only should be played by Englund. If he’s not willing to do it, it’s possible that the dream demon needs a rest of a few decades before he would be fit to tear at our dreams again. The A Nightmare on Elm Street franchise, much like Halloween and Friday the 13th, is powered by the strength of the main antagonist. Michael and Jason are hulking mutes; though each actor will have subtle (and not so subtle) differences, it’s a lot easier to replace the man behind the mask than it is for Krueger.

Freddy Krueger is iconic not just for his appearance but for his personality. Love it or hate it, the public’s adoration of Englund as the villain is what has fueled the Elm Street franchise for so long. If he has no plans to return, maybe the franchise is better to be left sleeping.

This concludes the franchise of A Nightmare on Elm Street. We will return in July with George A. Romero’s Night of the Living Dead series!