Freddy would have died after this film whether or not it was written into the story. 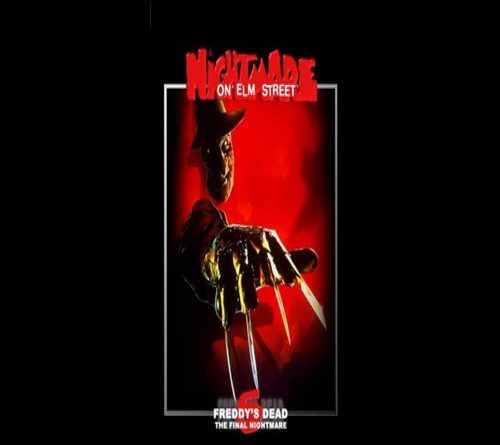 Even Freddy’s Dead: The Final Nightmare wasn’t intended to be the last in the Elm Street franchise, the title would have been astoundingly accurate. If the legacy of Freddy Krueger wasn’t dead before the sixth film, it sure was after. And though I hate to admit it, I’m glad the series took a nap before resuming.

Freddy’s Dead is not a good movie. It’s not even a laughably bad movie; it’s just a waste. The entire affair looks and feels sterile squeaky clean, devoid of any grit or angst. Though it makes a small – very small – attempt at incorporating the seriousness of childhood trauma, it succeeds only at making a mockery of it. It’s not particularly gory. There are close to no scares in the whole film. On top of it all, Krueger’s makeup looks like it was pulled off the rack of the closest Party City. How did this happen?

If I had to take an educated guess, it would be that the franchise was imploding on itself because of how Krueger was allowed to evolve. Over the course of the character’s evolution, I would actually argue that he devolved instead. Once a sadistic dream demon, he has been reduced to a smart-talking prankster that looks as if his face was made out of chewed bubblegum. His teeth are even clean in this film. That’s a big problem. A big one.

Though it may seem like a small issue, it’s anything but. Instead, it’s telling of how New Line wanted Freddy to behave. While he may have started as an ugly, nightmare-inducing creature, despicable and mean, the pressures of the moneymaking machine that was Elm Street forced the character to play the role of pop culture icon. He had to be the least amount of ugly possible while still retaining a semblance of how the character began. The whole idea of allowing him to speak allowed him to gradually become more and more accessible to the general public until he was able to be the villain in a film that, realistically, most of the family could go see together.

On top of this, New Line had the great idea to humanize Krueger and make us feel sympathy for him. Kids made fun of him in school. His father (played by Alive Cooper in a very unneeded cameo) abused him. Are we really supposed to care about this? It’s not as if he just went nuts for a little while and accidentally hurt a couple people. This maniac murdered countless children – on top of murdering his own wife in front of his daughter.

The story of Freddy’s Dead doesn’t present any new ideas, which is why I haven’t gone into any details. Yet another Elm Street kid has survived and Freddy intends to use him to come back to the real world – though none of Freddy’s old rules even apply. He seems to be able to do whatever he wants whenever he wants. Much like the problem in the second film, the basic mythology is muddled, therefore creating a character that just doesn’t make sense. The big “plot twist” of the film is that Freddy had a daughter. She is able to go into Freddy’s memories and find out about his past – in Freddy’s Dead, we get a glossed-over flashback of how Krueger (sort of) got his powers (I guess). It takes the ambiguity out of the character in the laziest way possible. Then his daughter kills him by bringing him into the real world and beating him up. Just like what Nancy tried to do in the original film.

Adding insult to injury, Freddy’s Dead feels very small. Gone are the surreal and grandiose set pieces we’ve seen in earlier sequels. The movie is brightly lit and sharp as a knife in its cartoony presentation. It can’t be said that it’s worth watching for the effects alone because those aren’t any good either.

It just really stinks, man. The whole movie is pretty lame. It’s a sad way to end a franchise that turned the horror genre upside down upon the release of the original film in 1984. I’m calling it now: This is the worst film in the franchise. Though I haven’t seen the remake (I’ve been saving it for this column), I really can’t see it being any worse than this one.

On a more positive note, the resurrection of Krueger we will see in Wes Craven’s New Nightmare is an excellent film. It’s dark, disturbing, and has a lot in common with Craven’s meta-fest that is Scream. Tune in next time for The Franchise Files for that film. We’ll have a lot more fun, I promise. Let’s just forget this installment ever happened, okay? No need to bring it up again. I’m perfectly fine with that.

Oh yeah, and if you ever decide to watch this film – though you shouldn’t – keep an eye out for Roseanne Barr. Great cameo. Best part about the movie? Probably. 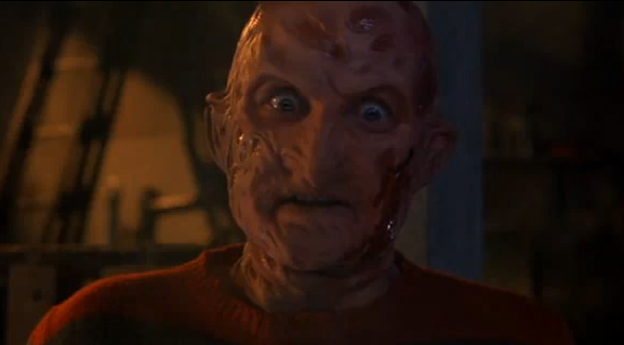