Rest in peace George A. Romero - your contributions to film were unmatched. 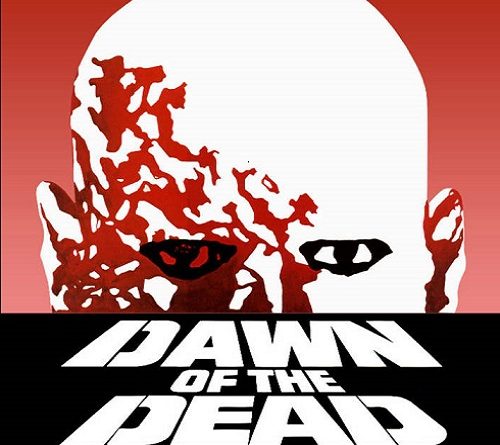 Sometime during the year of 1974, George Romero paid a visit to the Monroeville Mall in Pennsylvania, invited by a friend whose company took part in managing it. The building was full of shoppers. They seemed blissfully ignorant of anything that was going on in the world outside of the multitudes of stores and bargains. Romero saw this as the embodiment of consumerism – the walking dead, if you will, addicted to carts full of material objects and useless trinkets. It was a soulless place of endless bargains and plastic facades; it was the embodiment of the American dream.

And thus, Dawn of the Dead began to take shape.

Romero would find a partner in legendary Giallo director Dario Argento, a fan of Romero’s Night of the Living Dead. The idea for the story was simple: a group of people lock themselves away in a shopping mall, creating a fortress against the living dead outside. But there’s only one problem: they want in. The zombies don’t know why, but they desperately want to be back in the mall. Distant memories from a forgotten past urge them to make their way back into the shopping mall. An addiction so powerful it followed them into death.

Romero’s social criticism, as we learned from NotLD, appears at first to be outdated. Yet upon further inspection, these blatant themes are timeless. In the 1970s, shopping malls were a relatively new commodity – they had only been around for a few decades, but they were more popular than ever. Now, in 2017, the shopping mall in itself is an outdated piece of useless architecture. In its place are the internet and smartphones.

Do you really need to leave your house anymore? With the rise of Amazon and other online retailers, the whole concept of a physical store is becoming outdated. In today’s society, we can get anything we want from the internet. Shoes, clothes, entertainment, even food. But that’s not all.

Much like the zombies in Dawn of the Dead, we’ve begun to walk around the world aimlessly, our brains in a completely different realm than where our bodies are in reality. We hold out iPhones up to our faces, getting attention, information, friendship, even sex, from a tiny little screen in front of our faces as we ignore the world around us. It’s an addiction, whether you’re able to admit it or not. It’s become so much a part of our daily lives that many of us have trouble imagining a world in which we live without it.

One day, something will replace the iPhone. I don’t know what – I can’t predict the future – but there will always be something new that we humans are clamoring for. We’ll need a new addiction eventually and the thought of a smartphone will seem just as relevant as a typewriter does for us today. We are in an endless cycle of material addiction, always waiting for the next big thing to feed it.

Romero’s film is a bit more innocent. It’s the passage of time that has given it such a stronger meaning. There’s no way he could have predicted any of this iPhone nonsense back in 1978. Back then, it was simply a jab at the shopping malls of the day and the dangers of consumerism. Yet, in doing so, he has created a film that has transcended the issues of the late seventies and created something that may be an allegory for any form of soulless addiction.

But Dawn of the Dead, outside its social commentary, is also just a really damn good zombie movie. The level of blood and gore introduced in Dawn surpassed anything that Night could have ever dreamed of. Heads explode, screwdrivers are jammed into ears, limbs are torn, and bodies are ripped open and consumed right before our very eyes. Despite the presence of very fake blood, which Romero chose because it helped to give a more outlandish, comic book feel, the gore is still very much disgusting.

For this, we have an old friend to thank. If you’ve been following The Franchise Files, you’ll undoubtedly remember the name of a certain Tom Savini, who would go on to be one of the most influential special effects artists ever to live. Using the destruction that he saw while overseas in the Vietnam War, Savini was able to translate the real life horrors he witnessed there into something of fantasy in Dawn of the Dead. He also makes an appearance as one of the bikers who tries to take the mall for themselves.

Ken Foree, who plays the male lead in the film, would go on to become a cult horror icon (besides starring as the father figure in the Nickelodeon show Keenan and Kel). In stark contrast to Night, the ending of Dawn of the Dead ends on a triumphant note, ditching the bleak ending that was originally written. In the earliest concepts for the film, all of the heroes were to die – some by zombies, some by suicide, and one by a fatal helicopter blade accident. Yet Romero liked the characters he created so much that he just had to let some of them live. Thankfully, Foree’s character is one of them, though we will never see him in another movie in this franchise (besides a quick cameo).

Dawn of the Dead would go on to become one of the most influential of all time. It’s been parodied more times than anyone can count, and the techniques used have been borrowed time and time again. There’s a certain undeniable B-Movie charm to the film despite its legacy. There’s a bit of overacting and the score by Goblin (credited here by accident as The Goblins) is sometimes unintentionally hilarious. It’s extremely gory, but there’s a sense of black humor that runs rampant throughout the film. In short, it’s very much worth a rewatch if you haven’t seen it in a while; your memory may betray you in regards to this film, as the grim-faced zombies of modern day make it too easy to forget the heart that Romero was able to put into his earliest zombie flicks.

Unfortunately, George A. Romero passed away this month. His passing is a hard loss for the world of film and pop culture. Romero changed the way that movies were made; he changed the way that we looked at them, the way we experienced them. Throughout his 77 years of life, he had been described without exception as one of the friendliest, most intelligent people ever to work in the movie business. His physical presence may be gone, but his contributions to film will stay with us forever.