I’ve spent the past several days buried deep in “Mass Effect: Andromeda,” so let’s not talk about pew-pew guns for a bit. Swords are cool. They’re a staple...
by Former Writers March 24, 2017

I’ve spent the past several days buried deep in “Mass Effect: Andromeda,” so let’s not talk about pew-pew guns for a bit. Swords are cool. They’re a staple of fantasy stories and have been for years. But there’s also the trope of the ridiculously oversized sword: a blade so unwieldy that you can’t help but wonder how it doesn’t just snap a character’s back in two. There’s a bunch of these now, but I picked my five favorites. Here we go! 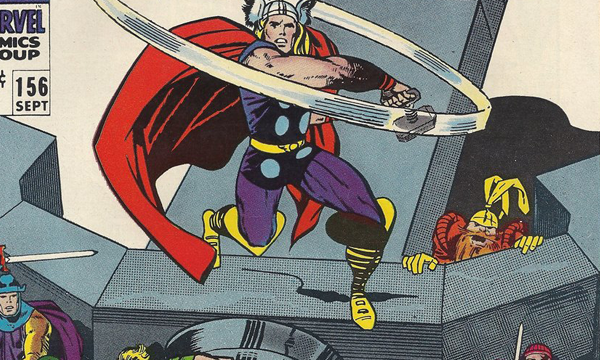 With the Odinsword and the Odinsleep, one wonders if the King of Asgard might be giving Batman a run for his money. First introduced in 1965, The Odinsword isn’t technically oversized – it’s just wielded by the massive demon, Surtur and later used by Odin while wearing the Destroyer armor, which allows him to grow to an enormous size. It earns a spot here because it’s size and sheer impracticality are notable, but it gets the last spot because technically it’s a giant sword for a giant warrior, not necessarily an oversized sword.

A legendary demon slaying sword, we’re talking about the “Aria of Sorrow” version here. Balmung is a pretty typical sword in gaming, and a blade with its name appears in several games. But when I found this sword in “Aria of Sorrow,” my mind was blown. The sword is so massive it isn’t so much swung as it is teleported into enemies. It’s bigger than player character Soma’s sprite! It’s not the strongest sword in the game by a long shot, but it got a lot of use in my playthrough, and it’s memorable design and utilization earns it a spot on this list. 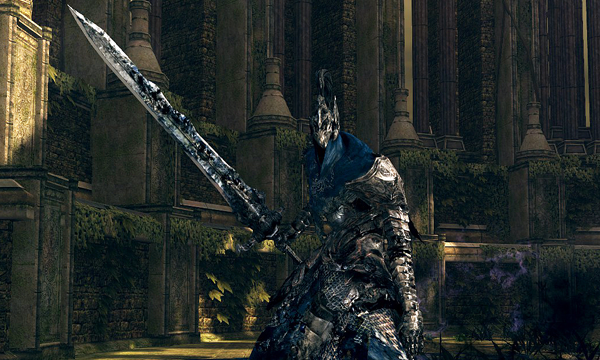 There are many well-known and legendary Dark Souls characters, and several with giant swords. But none are so effortlessly impressive and visually striking as Knight Artorias the Abysswalker. Artorias is only mentioned in item descriptions until players encounter him in the DLC content “Artorias of the Abyss,” a flashback that had players battling the proud Knight after he’d already been corrupted by the endless Abyss. Artorias is an absolute beast, wielding a massive greatsword and attacking with a visually engaging move set. It’s even more impressive when you realize he’s likely fighting you with his off hand, as he’s got a broken arm. Artorias’ unique greatsword is a favorite among players and carries on into “Dark Souls 3” as the primary weapon of the Abyss Watchers.

For many people, the original giant sword. I don’t even feel I need to go into too much detail on this one. Cloud’s Buster Sword (which I guess is really Zack’s Buster Sword) is never really given much detail in the game as to how it’s even capable of working. The sheer size and thickness of the sword seem like they’d snap Cloud in two. But the iconic imagery has been a popular one with fans for years. It’s a staple of both cosplay prop creators and metal workers, with YouTube endeavors like Man at Arms and Michael Cthulu making their own Buster Swords. It’s absolutely ridiculous, but that hasn’t kept it from being a pop culture staple for 20 years now. 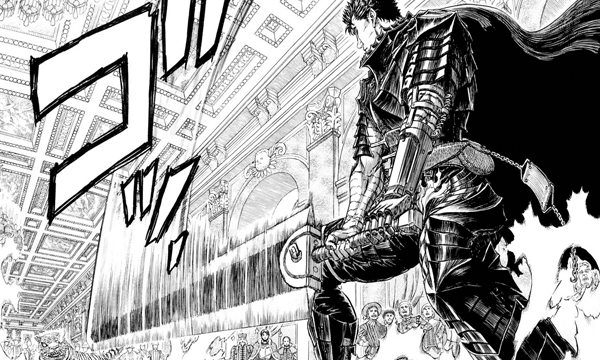 For me, no other giant sword is as impressive or as memorable. Described as more akin to a lump of raw iron than a sword, the Dragonslayer from Kento Miura’s long-running (and often delayed) “Berserk” is considered to be the first example of the ridiculously oversized sword trope. Initially conceived as a marketing ploy to draw in readers with Miura designed Berserk in 1988, the sword is a massive, impressive beast. “Much too large and heavy to be called a sword,” the dull edge is only capable of slicing enemies in half because of its wielder, Guts, and his insane strength. A bit more care is given to making it seem plausible: Guts is portrayed as inhumanly strong, and he’s shown fighting with a sword too large for him throughout his entire life. “Berserk” is known as much for it’s hiatuses as it is the rich, dark fantasy tale it weaves, but it’s still going strong some 28 years after it’s release. With new manga chapters coming, season 2 of a new anime and a recently released video game, fans have plenty of opportunities to witness the awesome power that is The Dragonslayer.