Five Life Model Decoy’s that Fooled Everyone Sometimes Even Themselves Marvel’s ‘Agents of S.H.I.E.L.D.’ found new life this season by splitting up the 22 episode season order into three...
by Former Writers March 30, 2017

Marvel’s ‘Agents of S.H.I.E.L.D.’ found new life this season by splitting up the 22 episode season order into three “pods” instead of telling one long story. The new format allowed stories time to reach a natural conclusion and no longer forced the series to live and die based on how it could connect to the latest Marvel film. The second pod, LMD just wrapped up and finally introduced the fabled Life Model Decoy into the Marvel Cinematic Universe. A staple since the swinging spy days of ‘60s Marvel, LMDs show up regularly to this day as both plot points and story backdoors. For those of you just joining us, here’s five notable Marvel LMDs you might have missed. 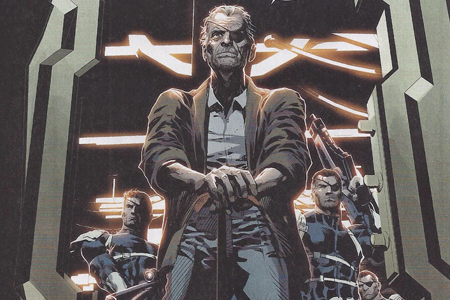 The original Nick Fury is why LMDs are so famous now, regularly using them as part of his on-going spy game. Fury relied so heavily on them that any appearance is up in the air as to whether it’s Fury or just an LMD. The most notable one to turn up was the mini-series “Original Sin,” where it was revealed that Fury had been in hiding on the moon for years, replaced on Earth with an LMD so advanced that it managed to fool even Captain America and Wolverine for an unknown number of years. There’s also Max Fury, an LMD that became self-aware and went rogue, serving as a member of Scorpio and leading an incarnation of The Masters of Evil. Fury’s been on the moon since “Original Sin,” becoming The Unseen as penance for killing The Watcher. Since then, another Fury LMD recently turned up during “Civil War II,” hunting Nick Fury Jr. 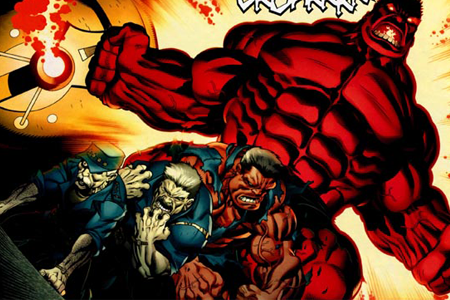 “Thunderbolt” Ross was the lifelong adversary of Bruce Banner, The Incredible Hulk. Despite Banner and Ross’ daughter, Betty being in love, the two chased each other in dogged pursuit as The Hulk tried to find peace. Ross eventually became The Red Hulk, but briefly used an LMD to fake his death and throw others off the trail. Ross hid out for years before being de-powered by Hulk’s Doc Green persona and coming out as having faked his death. Ross currently remains incarcerated as of “Civil War II,” and no indication has been made if the character will be returning. 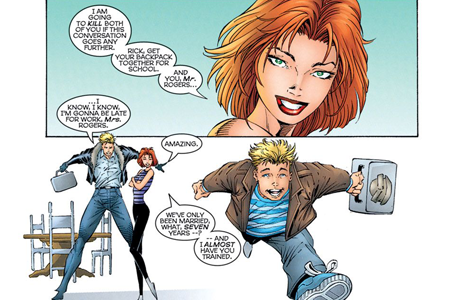 When Franklin Richards saved the non-mutant heroes of Earth by creating an alternate reality inside his blue ball, origins were drastically changed. Steve Rogers was no longer frozen in ice; that origin went to Thor, for some reason. Instead, Steve was brainwashed periodically and moved from city to city, as the Super Soldier serum that gave him his strength also granted him immortality. Two LMDs were programmed to believe they were Steve’s wife and kid, an illusion they kept up until Nick Fury turned up one day to restore Steve’s memories. This version of Cap’s backstory was immediately done away with when he came back to the Marvel Universe in Heroes Return. 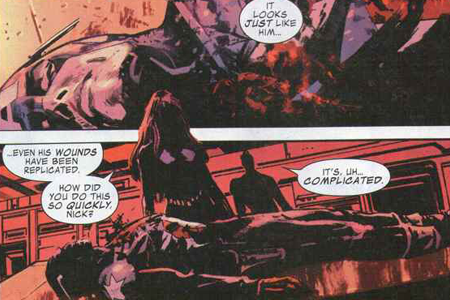 When Steve Rogers returned from being stranded in time, he found his former sidekick James Buchanan “Bucky” Barnes had picked up the shield as the new Captain America. Bucky’s run as Cap was sadly somewhat short lived, even though Rogers chose not to return to his star-spangled identity for a while. It was during the 2011 event “Fear Itself” that Bucky is mortally wounded, and a distraught Rogers finally reclaims his Captain America identity. However, Nick Fury saves Bucky by dosing him with the Infinity Formula, which restores his health. Bucky elects to remain underground and return to his Winter Soldier identity. An LMD of Bucky is buried at Arlington National Cemetery and, to date, the public still believes Barnes died as Captain America.

An original Howling Commando and confidante of Nick Fury, Timothy “Dum Dum” Dugan has been a member of S.H.I.E.L.D. in some form or another since the 50s. Numerous explanations were given over the year as to why Dugan was still around, but it was revealed in “Original Sin” that the original “Dum Dum” died in the 50s. Fury replaced him with an LMD who lasted into the 2010s because he didn’t want to lose his best friend and needed someone to act as his conscience. Broken by the revelation, Dugan pleads with Fury not to bring him back if they were really friends before taking his own life. Fury kept his promise, but Maria Hill found it necessary to revive the LMD Dugan program shortly afterward.