First Look: Ecco the Dolphin (Sega Genesis) Growing up, I played Super Nintendo and didn’t get much exposure to the Sega Genesis console. My family owned one, but I...
by Guest April 20, 2017 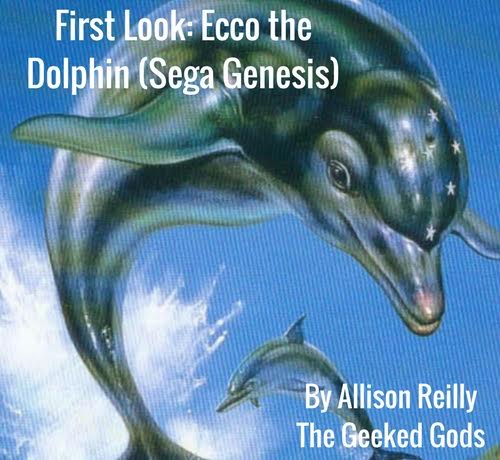 Growing up, I played Super Nintendo and didn’t get much exposure to the Sega Genesis console. My family owned one, but I don’t remember playing it much, although I do recall my brothers “powering it up” in Altered Beast. There are a ton of well-known, awesome games on a variety of old school consoles that I’ve never played. Ecco the Dolphin for the Sega Genesis was one of them and I decided to give it a try and add it to my video game canon.

I wanted to love this game. It’s about a dolphin. What’s not to love? I really gave this game the benefit of the doubt. Ultimately, I tried it three times, each time longer than the last. I wish I could say I beat the game, but I found Ecco the Dolphin way too frustrating to put in the effort.

This is Not a Game for the Tactile Learner 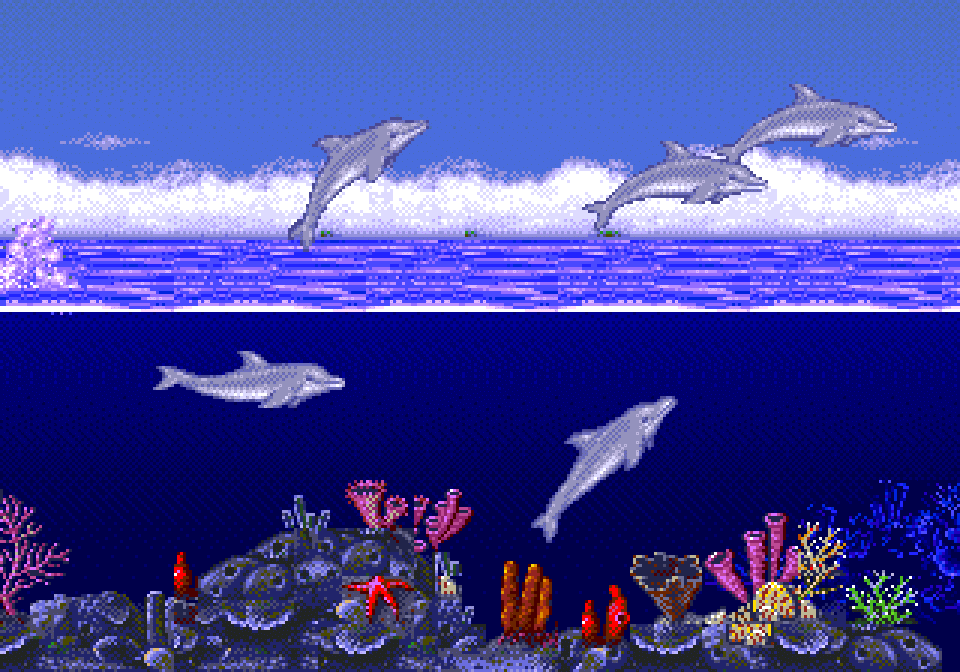 I purchased the game on Steam through one of the Sega Mega Drive and Genesis Classics bundles. So, it didn’t come with a game manual or a controls menu to explain how to play the game. For players who enjoy skipping tutorials and learning the controls as you go along, then Ecco the Dolphin is not the game for you.

The controls are incredibly complicated and not at all intuitive. The first time I played it through I couldn’t even get out of the tutorial. I had no idea what I was supposed to do. All I could figure out was I needed to clear rocks from a path in order to leave. Five minutes into the game and I already needed a guide.

To leave, the guide says I need to jump into the air to trigger a cut scene. How do you jump into the air? Well, there’s no jump button. You press B, which charges Ecco forward, to propel him into the air. It sounded simple enough, except that you can’t charge Ecco out of the water from the surface. He needs a “swimming” start, and he needs enough of start to jump high enough to trigger the cut scene. If your jump isn’t high enough then nothing happens.

It wasn’t until my third playthrough that I learned you can use the sonar to talk to the other dolphins! I learned this accidentally by pressing the wrong button. Since when did video game mechanics reflect how things actually worked in real life? Since 1992, apparently. Now, there’s a story and the other dolphins on screen are your friends. It’s not just a random whirlpool where you have to fix everything because you’re the only one left and you have nothing else to do.

And That’s Just the Tutorial 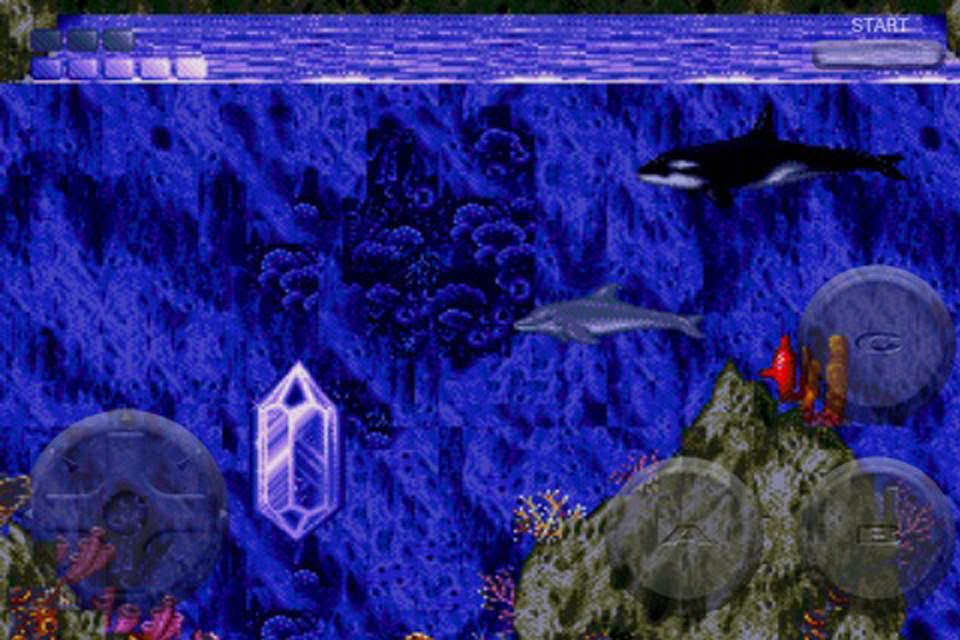 The level after the tutorial was simple enough once I got the controls. I still had hope. Perhaps Ecco the Dolphin was a game that really needed the manual, like how F-Zero’s manual provides the back story or how Metroid’s manual makes the ending reveal all the more surprising. Now that I understood the controls, I could have fun.

Nope. The second level, “The Undercaves,” was confusing and aggravating. First of all, the player runs into a line of pufferfish blocking the path. To clear the path, you’re supposed to charge Ecco forward into the pufferfish. There’s nothing to indicate Ecco can pop pufferfish, but somehow I was supposed to figure this out. Also, the charge is an attack! It’s not just a speed boost! On top of that, you take damage when you clear each pufferfish (or even sit too close to them)! It’s really stupid that the player is forced to take damage to progress into the level.

Second of all, this level is where I learn Ecco has an air meter and needs to go to the surface to breathe to refill the meter. Otherwise, Ecco dies. “The Undercaves” didn’t have any surface for Ecco from what I saw, so I kept dying and presuming I was poisoned by the pufferfish or something. Another example of a game mechanic defying video game logic and working exactly as it’s supposed to in the real world. The developers couldn’t have put in air bubbles instead?

Overall, I didn’t think Ecco the Dolphin was much fun, although I don’t have any other complaints about the game. My “First Look” wasn’t a very good one. Perhaps I’m too “new school” to fully enjoy a retro game like Ecco the Dolphin, a game from an era all the games were incredibly difficult and beating a game was always a major accomplishment. I understand Ecco the Dolphin has its fans, but I am not one of them.

Down the Rabbit Hole: Marijuana