Glenn Close and Michael Douglas star alongside each other in a film that is tense, thrilling, and overwhelmingly frightening for the implications contained within. 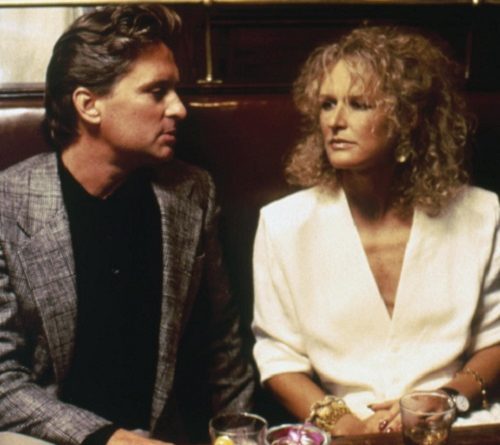 30 years ago, Michael Douglas starred alongside Glenn Close in a psychological thriller that really, really wants to get the point across that cheating on your wife is not only bad but extremely dangerous. Maybe even deadly. In Fatal Attraction, Douglas plays a lawyer who has an affair with an enticing, successful woman named Alex (Close) when his wife is away. Things quickly spiral out of control, and Dan (Michael Douglas) soon realizes that he is about to get much more than what he bargained for.

Close is terrifying in the film, and though the movie has been criticized for displaying sexism since its release, I would have to disagree. Throughout the film, many may see Glenn Close’s character as nothing more than a psychopathic stalker, but it would be entirely unfair to give Dan a free pass. He is not innocent in this film; it’d be easy to mistake the character for a man who simply makes a poor decision, but that’s ignoring some key factors.

First of all, Dan cheats on his wife, Beth (Anne Archer). That is a fact – and it’s more than just an innocent mistake. Adultery is serious. It’s wrong, and Dan knows it. Still, he does it anyway – and as Alex points out, he does so without any regard for her feelings. He must see her as just a slut, or a piece of meat to use for his own desires. It is true that Glenn Close gives a powerful, frenetic performance as Alex, and it is also true that she goes entirely over the line more than once. Calling his office, his home, dowsing his car in acid, slitting her own wrists, and boiling a little rabbit…Alex is guilty of all of these things plus more. She’s mentally unstable. She needs some serious help, but instead of owning up to his mistake and realizing that something is really off with this woman, Dan’s one concern is making sure his wife doesn’t find out about the affair.

With this logic, it actually makes Dan more of the “bad guy” in Fatal Attraction. Alex can’t seem to help spiraling into madness and obsession, as mental illnesses are serious diseases and must be treated as such. It’s easy to point fingers and call the crazy woman the villain, but the fact of the matter is that both of them are guilty in their own ways.

At the end of the film, Alex’s character is shot and killed by Dan’s wife after she enters their home with a knife. Alex is killed, Dan and his wife hug, and the camera zooms in on a portrait of Dan, his wife, and his daughter as the credits begin to roll. The good guy seems to get away and the psycho stalker is killed. Or is it that simple?

I don’t think so. I don’t think it’s that simple at all. In Fatal Attraction, there is no happy ending. Though it’s not explicitly stated, you have to think about the events that just transpired. Beth finds out that her husband has been unfaithful to her. She finds their daughter’s rabbit effectively stewed. She goes through a crisis in which she cannot find her daughter due to the fact that Alex takes her for a couple of hours, and on top of all of that, she is forced to shoot another woman and end her life. 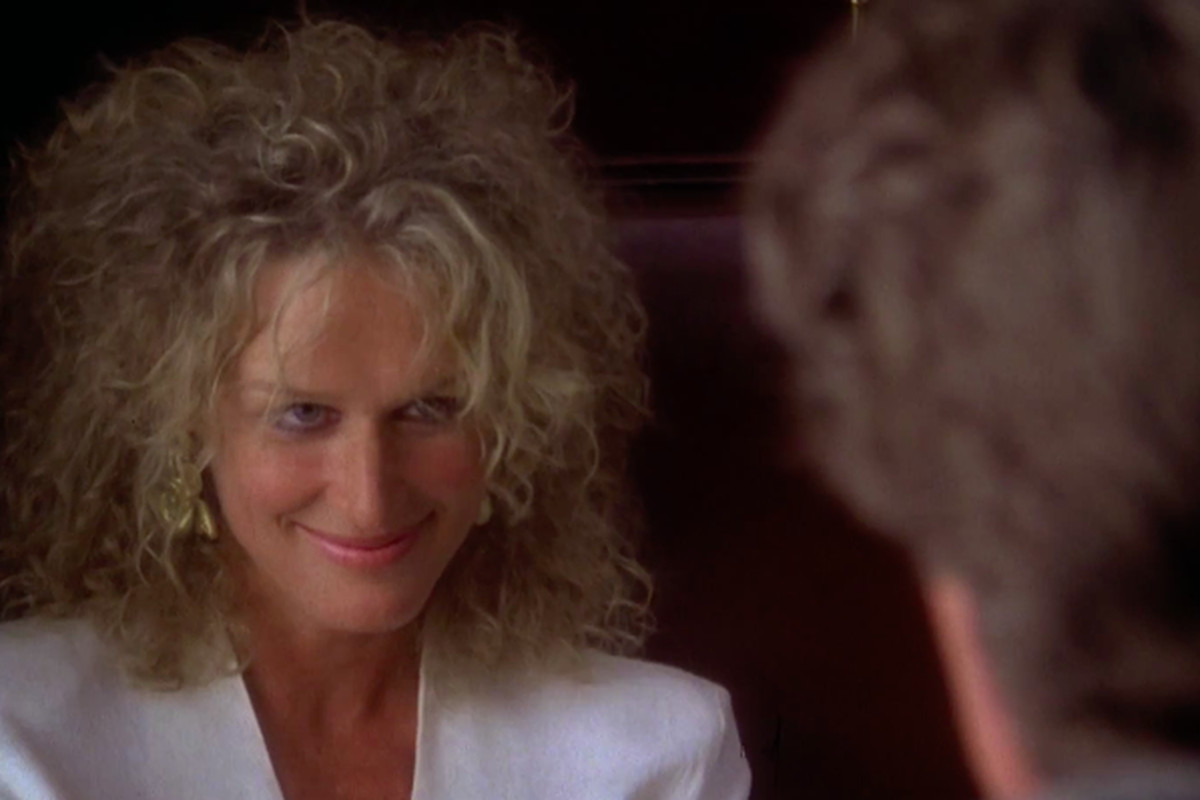 The real victim here is Beth, and to an extent, Beth and Dan’s daughter, and both Dan and Alex are the true villains. The movie is not saying that infidelity is bad because a crazy curly haired woman will come and try to kill you. I think that its actually saying that infidelity has disastrous consequences for every person involved, whether they were a part of the act or not. And at the end of the day, its extremely selfish, and people are going to get hurt, whether it is emotionally or physically.

With all of this said, Fatal Attraction is an extremely well-made film, not only for its message. It’s downright thrilling and overwhelmingly tense. Glenn Close is at the top of her game here as well as Michael Douglas. This is the reason it has been able to endure for so long while so many other films have tried to copy the ideas put forth in the movie. You may be able to play crazy, but can you play Glenn Close crazy?

Probably not. Plus, you really can’t beat the ’80s haircuts. It just can’t be done.