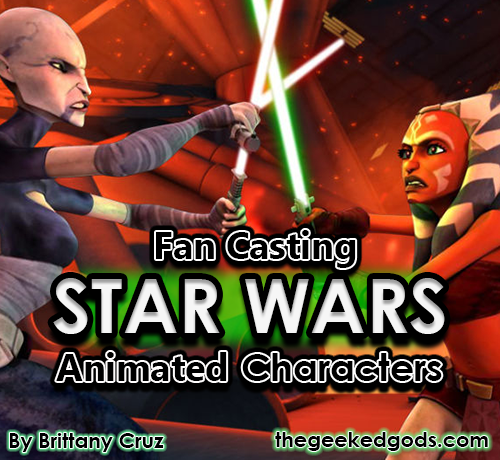 Acclaimed for their contributions in expanding the franchise with new adventures and epic character arcs, “Star Wars: The Clone Wars” and “Star Wars Rebels” make up the canonical animated series of a galaxy far, far away along with “Forces of Destiny.” In the past, the connection between the main trilogies and animated series has mostly been one-sided, with the movies doing little to acknowledge their animated counterparts.

That all changed with “Rogue One: A Star Wars Story,” as it marked the first time an original animated character got incorporated into the films. Saw Gerrera first appeared in “The Clone Wars” series and made his movie-screen debut as Jyn Erso’s estranged guardian in “Rogue One,” where the character was portrayed by Forest Whitaker. Introducing Saw Gerrera bridges the gap between the movies and cartoons, opening a whole new world of possibilities that could potentially mean seeing more animated characters get the live-action treatment.

Naturally, we here at The Geeked Gods have taken matters into our own hands as wannabe casting directors and painstakingly picked which actors could bring some of these “Star Wars” characters to life on the big screen. 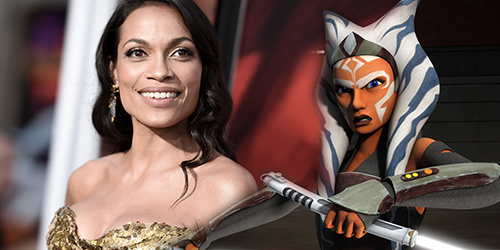 Once a Padawan to Anakin Skywalker, Ahsoka Tano left the Jedi Order before her master’s fall to the Dark Side and the subsequent purge of the Jedi following Order 66. As one of the most popular “Star Wars” characters, it is only a matter of time before Lucasfilm decides to give Ahsoka the live-action upgrade, and Rosario Dawson is the fan-favorite pick to make it happen. The internet blew up with excitement when Dawson responded to a fan on Twitter that she would be interested in playing Ahsoka in a movie. Well-known for her role as Claire Temple in Marvel’s Netflix TV shows, Dawson is a solid choice to play an older, more mature Ahsoka who still deals high levels of sass when the occasion warrants it. 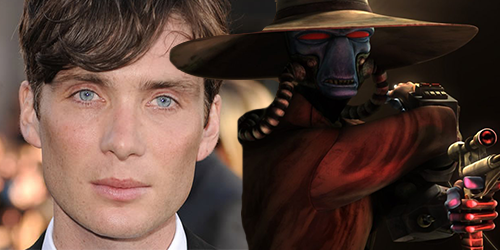 A smug bounty hunter with a finely tuned skill set like Cad Bane would need to be played by someone who could pull off the character’s witty charm and confidence. Who better to cast than Cillian Murphy, a man who has walked the streets of Gotham in Christopher Nolan’s Dark Knight trilogy and played a 1920s Birmingham gang leader in “Peaky Blinders.” Paint him the right shade of blue and put Cad Bane’s signature cowboy-esque hat on him, and Murphy would blend right into the “Star Wars” black market of work-for-hire smugglers and alien gangsters. 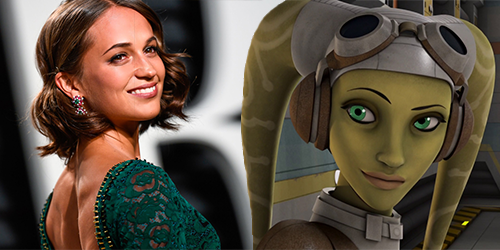 The leader of a small rebel squadron and pilot of the Ghost, Hera has a good tactical eye and, most importantly, a heart of gold. She grew up witnessing the mayhem of the Clone Wars and sought to take after her father as a resistance fighter, leaving her home on Ryloth to join the Rebellion and make a change in the galaxy. Academy Award-winning actress Alicia Vikander’s diverse filmography is exactly the kind of depth a character like Hera would require, including her portrayal of an emotionally torn and supporting partner in “Danish Girl” to her upcoming action-hero role as Lara Croft in the “Tomb Raider” reboot. 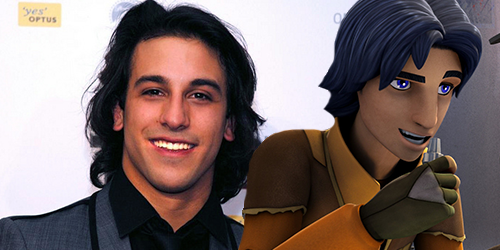 With the help of some blue contact lenses, Deniz Akdeniz is the spitting image of an adult Ezra Bridger. He already sports a thick head of hair that mirrors the design of the short-tempered Padawan’s younger self. It is not just the similarities in looks that makes him an obvious choice for the role but his aptitude for playing street-smart conmen with a gift for causing trouble. In “Once Upon a Time,” Akdeniz portrays a smooth-talking Aladdin whose sarcasm often invites more trouble than he would care to admit. Sounds a lot like a certain Jedi-in-training, wouldn’t you say? 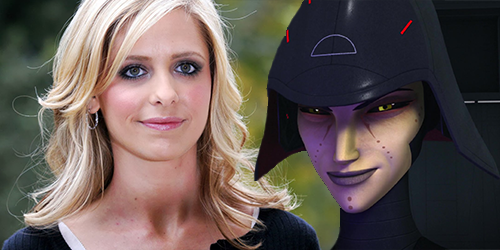 Sarah Michelle Gellar, aka Buffy the Vampire Slayer, as a cocky Dark Sider with a retractable face helmet? Yes, please! Gellar voiced the Seventh Sister on “Star Wars Rebels” as one of the Inquisitors in charge of killing all the remaining Jedi. It would be cruel to cast anyone else in this role when Gellar is more than capable of giving fans the badass villainess they deserve. If she can hunt vampires and monsters, hunting down Jedi should not be too much of a stretch. Honestly, who wouldn’t want to see her wielding a rotating double-bladed lightsaber in place of her usual wooden stake? 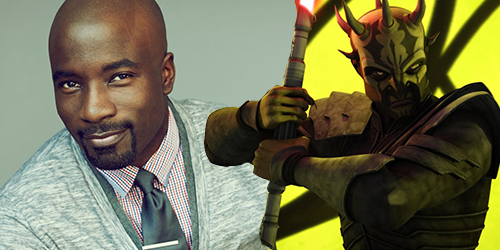 Savage Opress is essentially a yellow-toned, more muscular version of his brother, Darth Maul. A character with raw power like Savage Opress needs to be portrayed by an actor with a large stature and unmatchable intimidation factor. A true force of nature, nothing says brute strength like the Power Man himself, Mike Colter, who plays Marvel’s unbreakable superhero in the “Luke Cage” Netflix series. Switch out the crime-fighting for the Dark Side, and it is a match made in nerd heaven. 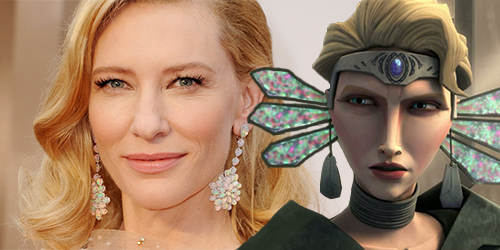 Boasting an impressive career that spans more than 30 years and consists of films like “The Curious Case of Benjamin Button” and “The Aviator,” Cate Blanchett is a class act who could embody Duchess Satine Kryze’s regal presence. Those with a keen eye might notice some similarities between Blanchett and the Mandalorian ruler, and that is no coincidence. Blanchett’s portrayal of Queen Elizabeth I in the 1998 film “Elizabeth” was one of the inspirations behind Satine’s character and how voice actress Anna Graves approached the role. Considering Blanchett’s significant influence on the character and her knack for playing royalty, casting her as Satine is a no-brainer. 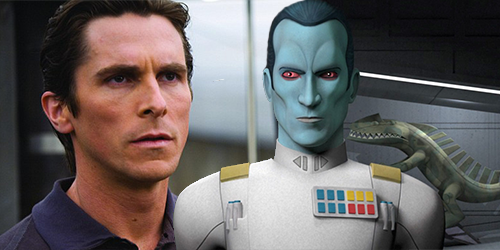 Grand Admiral Thrawn is another popular blue-skinned antagonist with soulless red eyes. He was reintegrated into “Star Wars” canon after appearing in “Star Wars Rebels” Season 3 as a strategical genius for the Empire. Thrawn’s expressionless features and reserved countenance would require a subtle performance, something Christian Bale could deliver in spades. His work on “American Psycho” as the morally inept yuppie Patrick Bateman is a good example of the emotional extremes Bale is capable of exhibiting, including Thrawn’s callous demeanor. 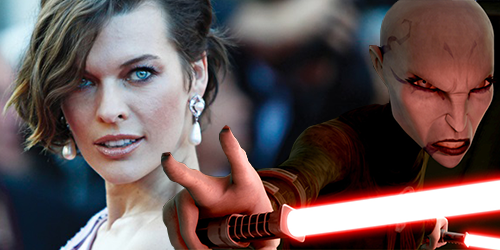 Milla Jovovich is no stranger to sci-fi films as the face of the apocalyptic-horror franchise “Resident Evil.” A space adventure like “Star Wars” would be a walk in the park compared to the zombies and genetically mutated monsters she is used to fighting. With a shaved head and a couple of red-bladed lightsabers in hand, Jovovich would have no problem channeling the Dark Side as Asajj Ventress. As someone who has lived many lives ⸺ slave, orphan, Padawan, assassin, bounty hunter ⸺ Ventress’ complicated past led her down a path of anger and vengeance that Jovovich could get audiences to embrace. 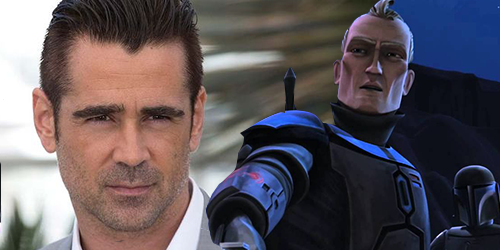 Pre Vizsla has an impressive resume as the former leader of Death Watch during the Clone Wars, wielder of the Darksaber and negotiator of a short-lived partnership with the Separatists. Colin Farrell would do well with an ambitious character like Pre Vizsla, who envisioned a glorious return to Mandalore’s warrior days. Farrell’s recent role as Percival Graves in “Fantastic Beasts and Where to Find Them” saw him taking advantage of people’s trust for personal gain, which is not all that different from Pre Vizsla’s betrayal of Duchess Satine Kryze. Call it blind intuition, but something tells us Farrell would excel in handling an ancient lightsaber while facing off against an Ewan McGregor-era Obi-Wan Kenobi.

Which animated “Star Wars” characters would you like to see in live-action? Who would you fan cast? Tell us in the comments!