Why “The Exorcist” Is the Scariest Movie Ever! by Mandi Nowitz   “The Exorcist” is by far the scariest horror film, possibly film in general, to ever grace the...
by Former Writers January 27, 2017 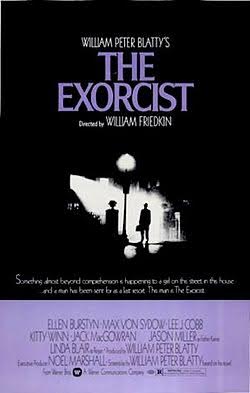 “The Exorcist” is by far the scariest horror film, possibly film in general, to ever grace the big screen. Sure, “The Texas Chain Saw Massacre” could easily send chills down one’s spine; much like TCM, “The Exorcist” was based on the story of the 1949 exorcism of Roland Doe which was made into a book. From that book came the inspiration for the film where a twelve-year-old Regan, daughter of a celebrity, becomes possessed by the devil after some Ouija board fun. Throughout the film, the possessed goes on to murder her babysitter, make her head spin, projectile vomit green all over everyone in her vicinity, walk backwards down the stairs, and do the most controversial of acts: Regan masturbates with a crucifix while screaming about Jesus having sex with her. Several versions have been released as over time, from the 1973 original release, the popularity grew thus allowing the studio to keep remastering the movie, which was the first horror film to receive an Oscar nomination for Best Picture. In total, “The Exorcist” was nominated for ten Academy Awards, winning two and grossing over $441 million dollars worldwide, making it one of the highest-grossing films in history.

The following year, “The Texas Chain Saw Massacre” would grace screens but for the time being, everyone was frightened by Linda Blair’s portrayal of Regan and how realistic everything looked. Even after all the tricks were revealed in behind-the-scenes interviews, the green vomit never looked like pea soup. In 1999, Entertainment Weekly named “The Exorcist” the scariest film of all time and in 2010, it received the same title from movies.com. Stanley Kauffmann of The New Republic had this to say, after seeing the film for the first time: “This is the scariest film I’ve seen in years—the only scary film I’ve seen in years … If you want to be shaken—and I found out, while the picture was going, that that’s what I wanted—then The Exorcist will scare the… (shit) out of you.” Roger Ebert was quick to give the film four out of four stars, saying: ”I am not sure exactly what reasons people will have for seeing this movie; surely enjoyment won’t be one, because what we get here aren’t the delicious chills of a Vincent Price thriller, but raw and painful experience. Are people so numb they need movies of this intensity in order to feel anything at all?” Ebert was a huge fan of Ellen Burstyn, who played Blair’s mother as well as the special effects that played throughout the film, which made it very easy to act as the actors were constantly being thrown about. 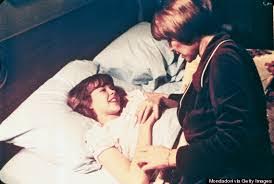 I was about twenty when I saw “The Exorcist” for the first time; I was in my horror film phase where I had to see every film, old and new and by that time, this particular film had just turned thirty. I had learned all of the trivia about the film, the temperature in Regan’s bedroom, where she was secluded, reaching freezing temps so that actual smoke could come out of the actors mouths and the whole pea soup projectile vomit trick. I also knew that it was so intolerable at points that moviegoers had been passing out in theaters but I felt I was more than ready for it. I was not! As the ending credits rolled, the sky turned ominous, maybe it already was and as I went to leave, I got so scared that I ran back into my house. I called my mom and told her I was not going to class because I was having a panic attack. Why? Because, in my mind, I felt that if a good kid like Regan could randomly become possessed, why would I be exempt? I immediately believed that the devil could take over my body and make me start doing ridiculously awful things to people so I stayed in the house for two days. 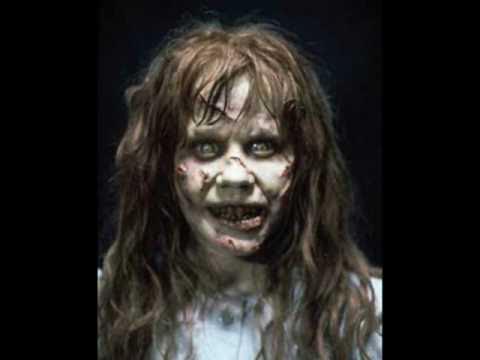 I still have trouble watching the film, all these years later, because there are so many stories of exorcisms being performed around the world and if this was a screenplay based on real events, that makes it even scarier. Any movie that will make it so that you are terrified out of your mind to leave you house, even when your know all the tricks and secrets, is without a doubt, the absolute scariest movie of all time!

The This Aint Right Movie Podcast-Batman and Robin