Enter Sandman, How A Goth Changed Comics by Sarah Vale It’s cool to be a nerd. Marvel is pretty much synonymous with box office success and there’s nothing obscure... 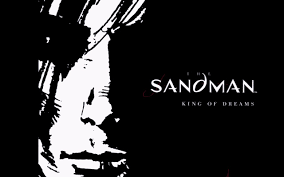 It’s cool to be a nerd. Marvel is pretty much synonymous with box office success and there’s nothing obscure about saying you read graphic novels anymore. Neil Gaiman’s Sandman: Overtures is one of the most famous and influential comics every published. But back in 1989 the comic book industry looked very different. It was an era weren’t considered serious literature and certainly not worthy of the college level classes some universities currently offer. Gaiman himself has pointed out that he never expected the comic to run beyond the first year because it wasn’t like anything else on the shelves. So what happened in the 80’s that paved the way for what would become one of the most iconic comics of all time?

The 80’s were the first decade when American’s started to consider comic books as having literary value and that’s due mainly to Art Spiegelman’s groundbreaking title Maus. The Comics Code of the 1950’s had all but decimated the comic book industry leaving only Marvel and DC left standing and even they were only really publishing super hero titles. By the 80’s the comics code had all but been forgotten but that didn’t mean there was any diversity on the shelves. When Maus hit the stands in 1980 the two book series was the first of it’s kind telling the story of Spiegleman’s father’s experience as a Jew in Nazi German and Auschwitz. It’s a harrowing tale brought vividly to life through Spiegleman’s symbolic art wherein Jews are portrayed as mice to the Nazi Cats. It would go on to win a Pulitzer Prize and was the first comic to be considered worthy of Academic attention. 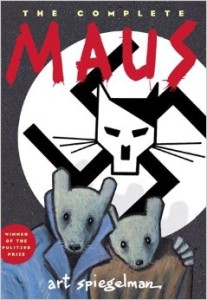 What stopped Maus from becoming flash in the pan of our cultural minds  and changed the thought that comics are for kids is the genius that Dark Knight Returns the ultra-violent series from Frank Miller showed. The Dark Knight Returns was the first comic to move Batman back into his earlier gritty violence. Miller pushed the line not only on violence in general but on the consequences of that violence to heroes. Miller wrestled the character of Batman out of Adam West’s campy hands and returned him to the violent crime fighter status he’d once had. Alan Moore the beardy man from Northampton continued to twist the knife in the literary hero side with Watchmen a limited series where he set out to deconstruct the modern view of super heroes and in doing so completely changed the landscape of what was possible in the industry. When Batman returned to his gritty roots it paved the way for comics to tackle adult themes and led to Neil Gaiman’s Sandman 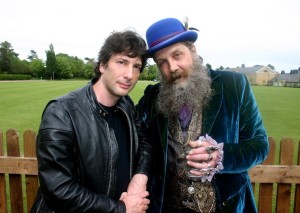 Spiegelman, Miller and Moore probably didn’t set out to change the way we think and talk about comics but that’s exactly what happened. People began to see comics as a medium where serious adult stories could be told and lucky for us that’s about the time editor Karen Berger met a young British bloke named Neil Gaiman. He’d had a short run writing Black Orchid for DC before he was offered a list of old IP that DC was thinking of reusing. What he chose was a forgotten character who was often run as a detective called The Sandman, Berger gave it to him with one stipulation, he had to make it his. 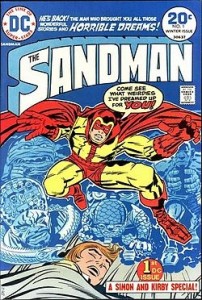 With Sandman Gaiman helped usher in a new era in what was possible in comic books. No longer were comics confined to just superheroes, without Morpheus it’s hard to say wither current popular series like Saga, Sex Criminals or the Lumber Janes would be on the shelves as none of them fit the super hero mold either. Aside from the literary uniqueness of Sandman Gaiman managed to pull of one other thing that had never been done before. He was able to end the comic when he wanted to. Generally comic book characters are owned by the publishing house not their artistic creator. This is how we can keep having a thousand iterations of Batman and technically DC controls the rights to Morpheus as well. But in interviews the plucky little Brit started mentioning how he’d really like the Sandman run to end with him. He wanted to end the series his way and eventually DC realized that was a good idea too. Who knows if Sandman Overtures will really be the last we hear of Morpheus and his Endless siblings. One thing we can probably be sure of it will only happen with Gaiman behind the pen. 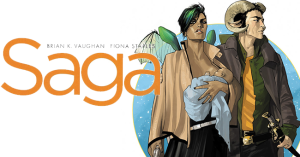