Elsewhere #1 Review-Oh where, oh where has Amelia Earhart gone

Recently Amelia Earhart was in the News recently where someone supposedly found photos that Ms. Earhart survived after her supposed disappearance and was in the Marshall Islands. It’s still...
by Ashish August 5, 2017 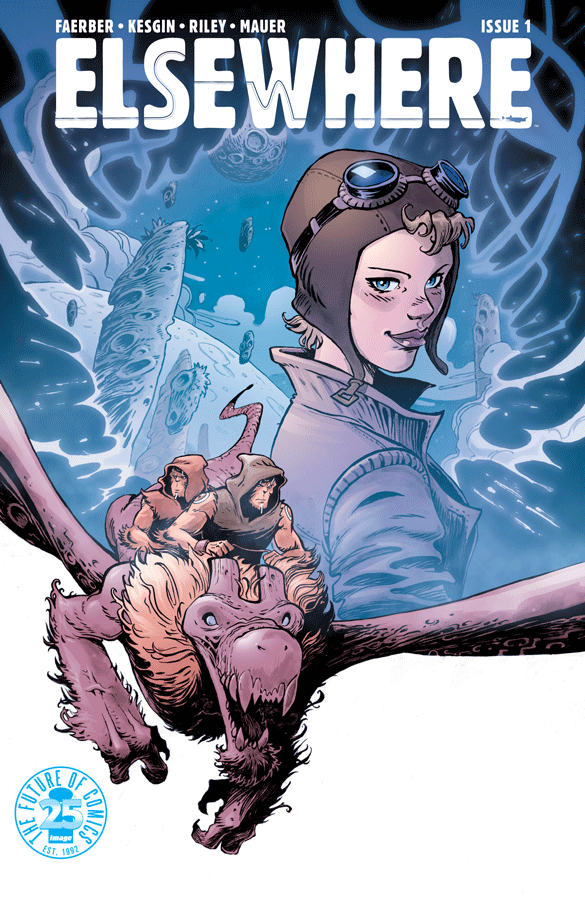 Recently Amelia Earhart was in the News recently where someone supposedly found photos that Ms. Earhart survived after her supposed disappearance and was in the Marshall Islands. It’s still being verified, but it’s fascinating that almost 80’s years after Amelia Earhart and Fred Noonan’s disappearance people are still fascinated with finding the truth.

Elsewhere is a comic series that postulates what happened to Amelia Earhart and her Navigator Fred Noonan after they disappeared during their transatlantic flight? 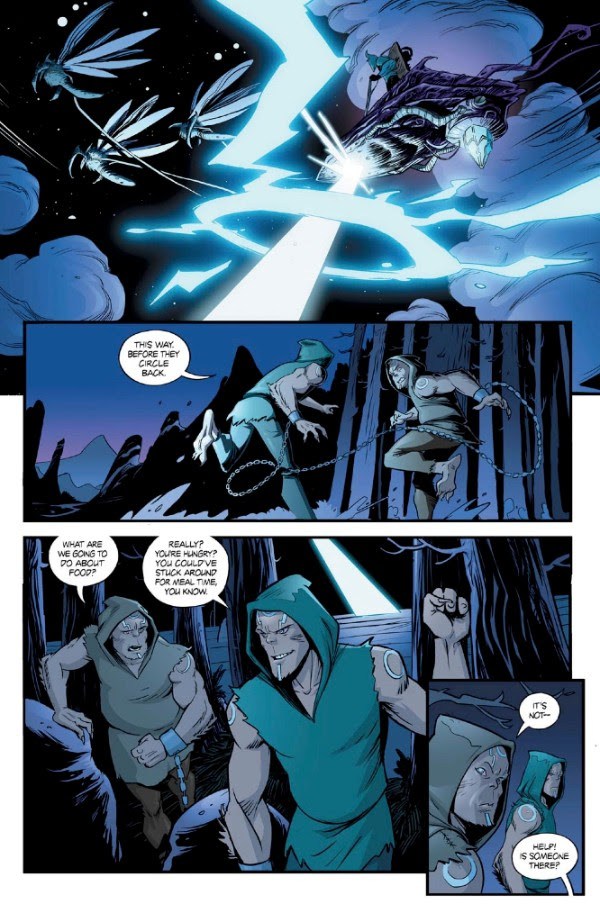 In Elsewhere #1 we meet two strange beings in a strange world seemingly on the run from guards. The two people are trying to evade their captors when they come upon a woman trapped in a tree. The woman’s parachute gets caught in the tree. The two beings are not sure what she is and are afraid of being captured by her screams help her out of the tree. We soon find out that the Woman in the Tree is Amelia Earhart 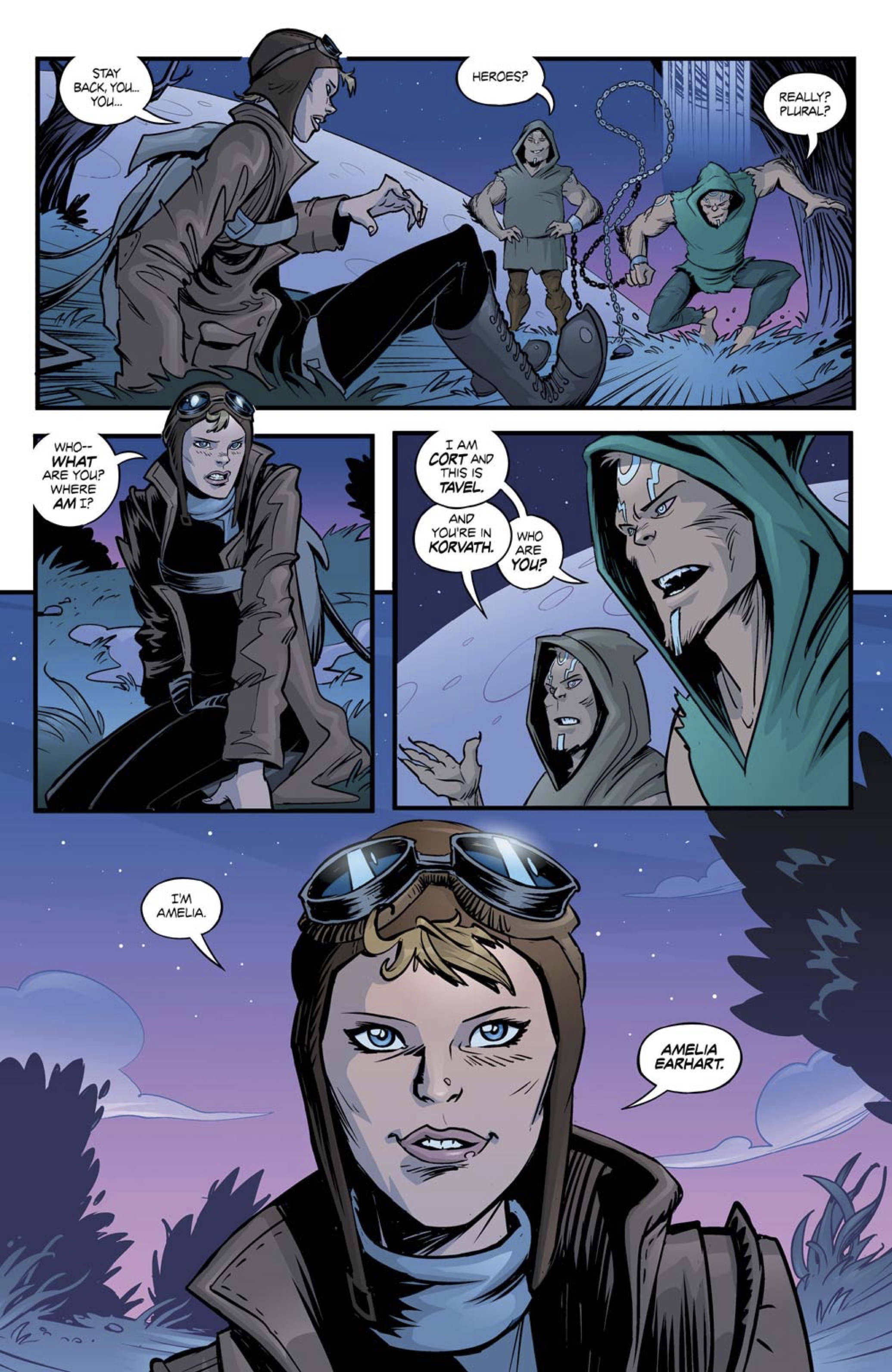 The Duo introduce themselves as Cort and Tavel and there in their home land of Korvath. Suffice it to say Amelia is not in Kansas anymore. After getting her bearings, Amelia starts searching for her navigator Fred Noonan who parachuted out of the plane and seems to be missing.  People are still searching for them. The Duo tells Amelia about Lord Kragen, the evil despot of Korvath and how they’re on the run. While on the run the trio finds Steeds flying beats who Amelia seems to be able to control. The Duo then asks Amelia what a plane is and that someone in Lord Kragen’s fortress is talking about planes. Amelia asks the Duo to help her free Fred from the Fortress; the plan sees Amelia get captured. To find out what happens to Amelia and Fred pick up Elsewhere#1 on August 2nd. 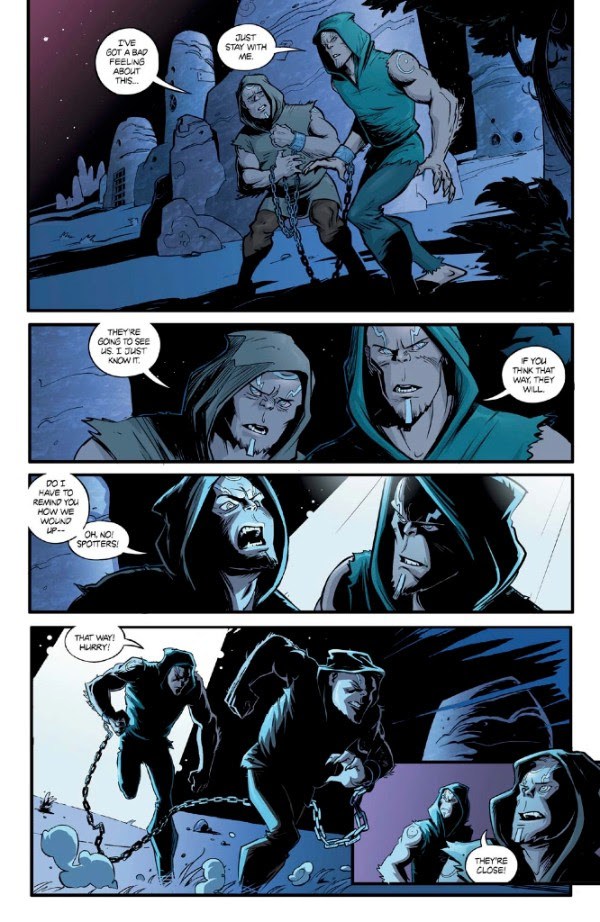 Elsewhere is a fantastic tale well-written story, every turn of the page was riveting. The issue hit a chord with me as I was captivated by the Duo and Amelia’s adventure beginning.  The end of the issue was a complete surprise and left me wanting more. The World seems vast and will be a treat to see the world expand and if Amelia joins the rebels in the fight against Lord Kragen.

The art designs, characters and the World of Korvath by Sumeyye Kesgin are beautifully well designed and allow the reader to be swept into the fantasy world. The Characters designs especially the facial features are phenomenal.  Paired with the Colors of Ron Riley the art brings to life a world can get lost in which is perfect for a fantasy adventure series.

The Series is great escapism, ideal for people who love Amelia Earhart or fantasy adventure readers; it’s the perfect blend of history and fantasy. Issue 1 builds plenty of intrigue, and suspense lets hope the series maintains the story. Count this author in for the Adventures of Amelia Earhart in the mysterious world of Korvath.