by Rachel Bellwoar @Ziggystarlog If the Harry Potter and Lord of the Rings movies have occasionally gotten flack for being unfaithful, that’s nothing to the venom readers have voiced...
by Rachel Bellwoar May 26, 2017 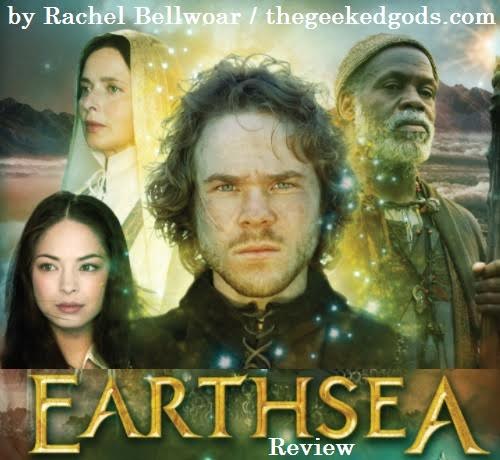 If the Harry Potter and Lord of the Rings movies have occasionally gotten flack for being unfaithful, that’s nothing to the venom readers have voiced for the Sci Fi miniseries, Earthsea, on IMDB. Based on Ursula K. Le Guin’s Earthsea books, the term ‘loosely adapted’ would be challenged by those who find the series unrecognizable as the text. I’ve never read the books but, whether the miniseries is worthy of the title, there’s a lot to enjoy in these two episodes, starting with a cast of fantasy veterans. 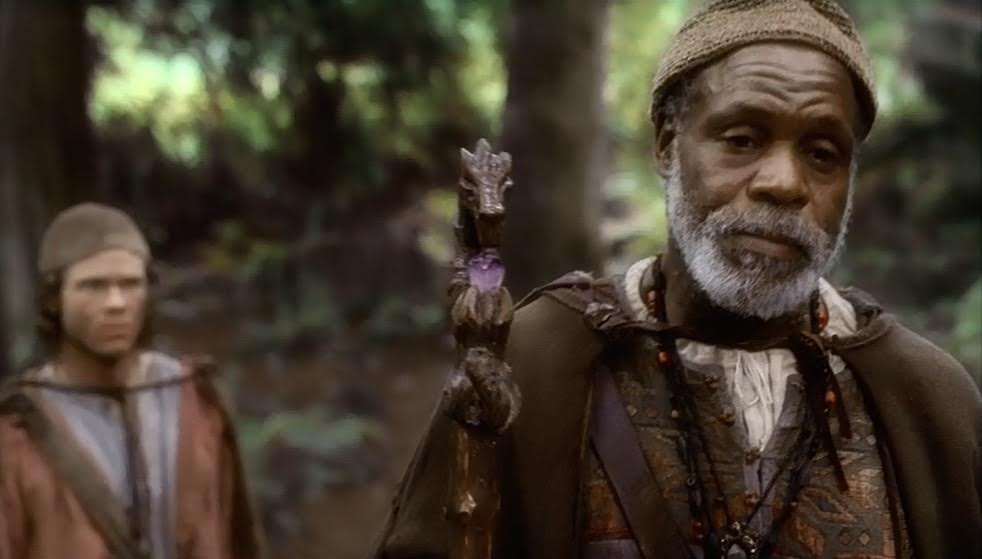 Shawn Ashmore (The Following) is Ged, a young man who resents the idea of becoming a blacksmith, like his father, and is plagued by visions. Using a spell picked up from a kindly, old woman (Betty Phillips), Ged is able to save his town from Kargide invaders and catch the attention of a powerful wizard named Ogion (Danny Glover, Lethal Weapon). Ogion offers to help Ged reach his potential in the ways of magic, but the road Ogion leads is long, and Ged, by admission, is impatient.

Sharing in that impatience, Tygath (Sebastian Roché, The Originals), king of the Kargides, believes he’ll become immortal if he frees the Nameless Ones from the Temple of Atuan. The priestesses, led by Isabella Rossellini (Blue Velvet), keep the door shut with their faith, but a prophecy tells of a wizard who will bring peace to the islands of Earthsea. Tygath doesn’t want this prophecy to pass and has been invading islands for news of the wizard’s identity. Caring little about formalities, Tygath isn’t power-mad but wants his immortality at any cost, a single focus that helps him stand out from the kings who get carried away with greed.

Earthsea is a composite of fairy tales and fantasy stories past. There’s the power given to names in Rumpelstiltskin. A being that won’t stop following its creator from Frankenstein. The wizard school from take-your-pick.  Every time the story seems to be heading in a clear direction it changes course, using familiar templates but taking them to new conclusions, like Ged’s ex putting the kibosh on a Hunger Games love triangle before it can get started. She may be unceremoniously dropped from the story, but she’s not going to sit around while Ged discovers his feelings for the girl from his visions (Kristin Kreuk, Smallville).

The special effects aren’t anything that will convince you they’re real. Landscapes and buildings look fake, as do fireballs. Instead of trying to fight its budget, to make bigger (but worse) looking fights, Earthsea works with the money available, to turn mist into a cheap solution. It’s not fancy, but it’s a nice change to have a story go quaint, instead of big. When one of the villains hovers in wearing a cape, it’s tempting to think “Not again,” but his make-up and facial GGI turn out to be nightmarish. 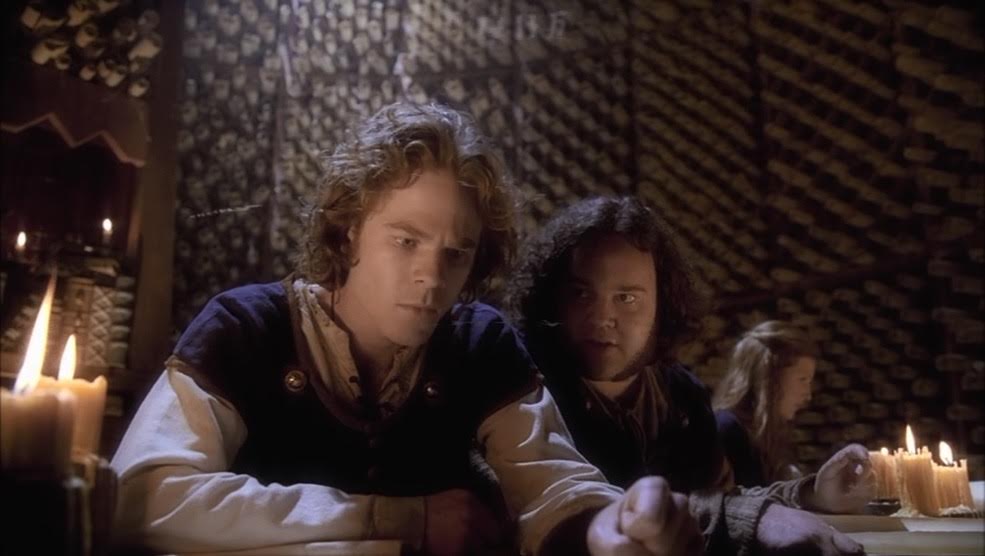 Earthsea isn’t without its flaws. Whether you realize Le Guin wrote her characters to be racially diverse, it’s not ok that hiring Danny Glover is the extent of the series’ diversity. Finding other POC characters is a struggle. Ged’s best friend, Vetch (Chris Gauthier, Eureka), is teased for bringing up food and that’s a tried and done characterization in every genre.

And then there’s the problematic scene particular to Earthsea: a character being turned into the “village fool” as an amusing, “fitting” punishment. It’s a scene that’s somehow not meant to incur the fury it does, for its implications about developmental disabilities. It’s the stick in the mud that forces you to think twice about recommending Earthsea, because there’s a lot the series does right in knowing what kind of budget it’s under, and telling a fun story anyway. There are dragons telling riddles, Vetch telling Ged his real name (and Earthsea makes this trust special – you don’t see Vetch reveal his name to anyone), and a headmaster (Alan Scarfe) who makes the coolest entrances. Instead of deciding on a single identity, Earthsea is a buffet, that doesn’t take itself too seriously. There’s something for everybody. Earthsea‘s flaws need to be recognized, so that future fantasies can avoid them, but discounting the series entirely isn’t the answer.