It’s only a Dream isn’t it-Archer Dreamland Season 8 After Season 7 of Archer had ended, I wondered if that was it for our favorite secret agent/dick I mean...
by Ashish April 7, 2017 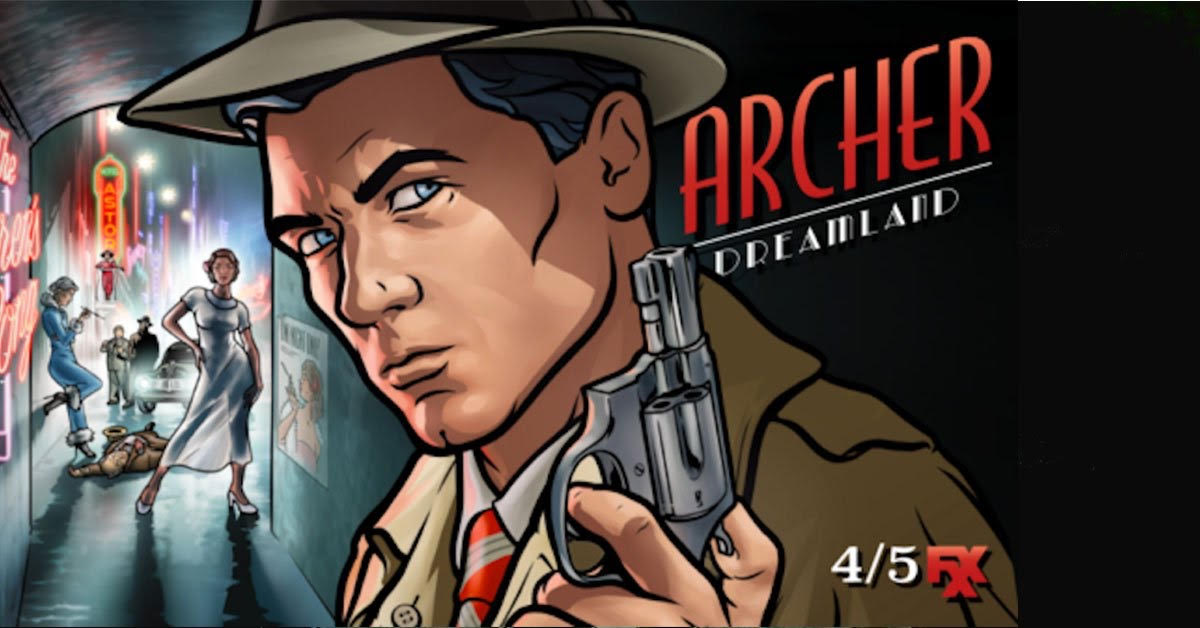 After Season 7 of Archer had ended, I wondered if that was it for our favorite secret agent/dick I mean Private Investigator Sterling Archer. If you don’t remember how Season 7 ended, Sterling was gut shot face down in the Pool of Veronica Deane….and that is where season 8 begins not really.

Spoilers Ahead….. Seriously Spoilers…. Fine, see if I care…… 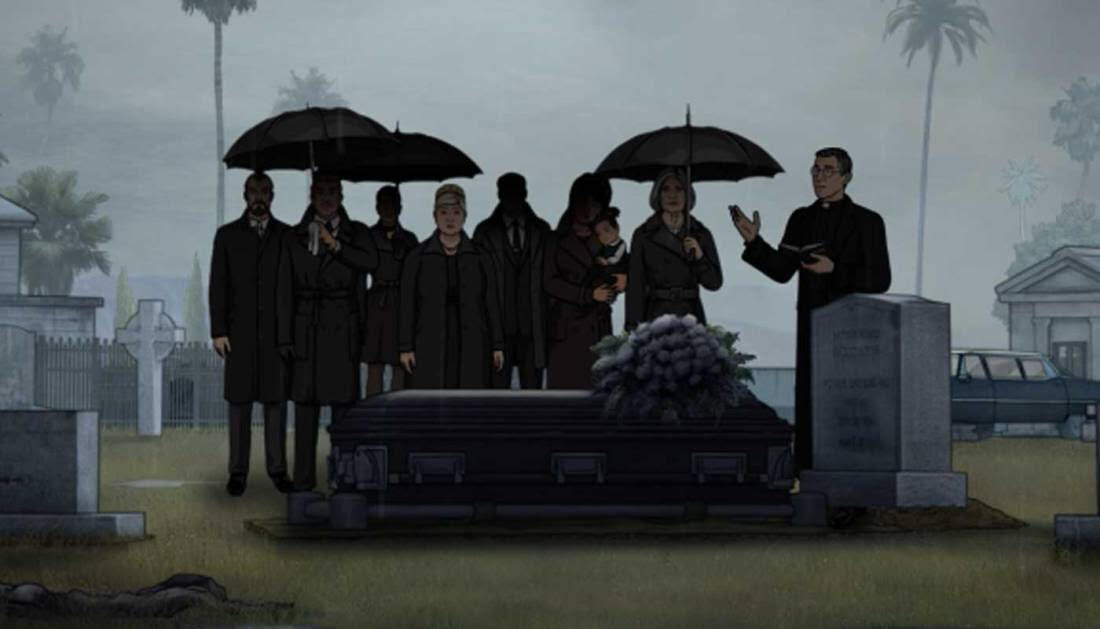 Season 8 begins with a funeral we are led to believe that the Funeral is for our beloved Sterling Archer, but it’s a red herring cue an M. Night Shamalamadingdong twist-Not really but somewhat. It turns out it’s a funeral for the beloved Woodhouse… (Unfortunately, the voice actor George Coe passed away during Season 5 and had been seen sporadically since). We find out Archer has been in a Coma since the end of Season 7 which starts Archer Dreamland….. 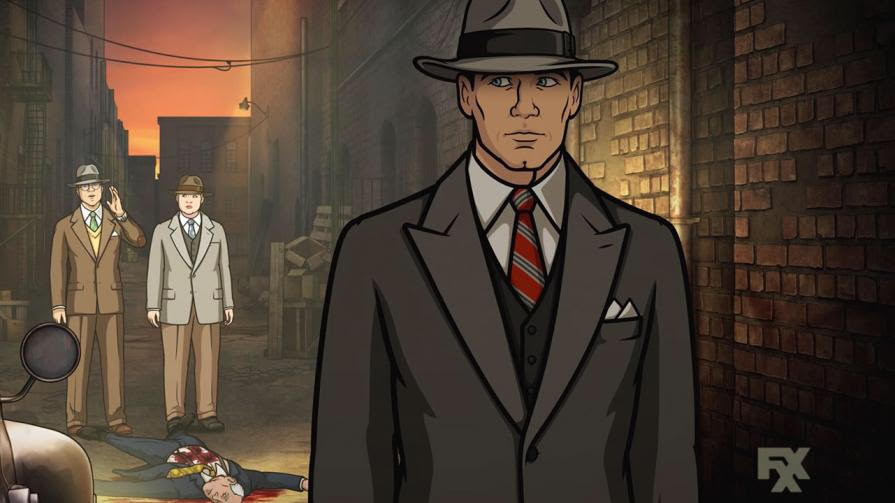 Dreamland starts off with Archer as a PI in the 40’s finding out that his partner Woodhouse has been killed gun downed. Woodhouse, the well-known drug addict, the police (Pam and Cyril) think its a Drug deal went wrong. Archer not satisfied decided to investigate Woodhouse’s untimely demise and thus starts the new season of Archer. 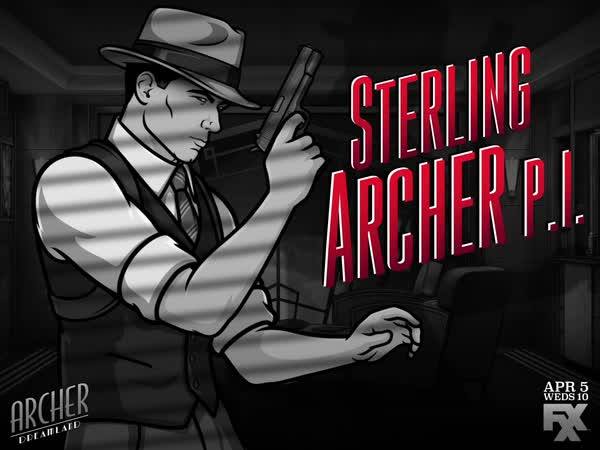 Archer has never been afraid to reinvent or change things up.  (Remember Archer Vice, Archer PI). This makes it one of the best funniest shows on TV and one of the reasons its so successful. Besides the change to the 40’s Archer has moved from FX to FXX. Also, it has been renewed for two more seasons Archer ends after Season 10 more on that later let’s not get ahead of ourselves dicks.

So this season looks to be a 40’s crime noir dream. Since this season of Archer is taking place in Archer’s head, the regular cast are in different roles for the 40’s. Mallory is a mobster known as Mother, Krieger works as a bartender for Mallory, Ray works as a conductor in a Jazz band, and Lana is a sultry, voluptuous Jazz Singer. My favorites Cyril Figgis and Pam are cops, Pam maybe a Man which makes for some hilarious name-calling.

Archer’s coma also allows for some old favorite characters to reappear, Len Trexler is back.  The last time we saw Len Trexler he had Archers Russian brain control chip installed in his head.  It seems that Len Trexler is a rival mob boss to Mallory aka Mother and has an associate. Barry is still a dick which makes him impressive, and his interactions with Archer often leave one person injured. 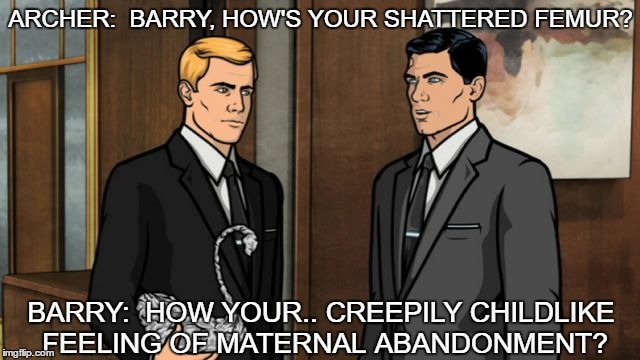 One aspect of Archer Dreamland is that the coma dream allows for characters that haven’t been around in a while to appear. There are two characters I want to see make an appearance in Season 8.  Here’s a hint this guy’s last name might be the same as a muppet….. He was a magnet for bullets no matter where he was…. I am hoping we see Brett Bunson 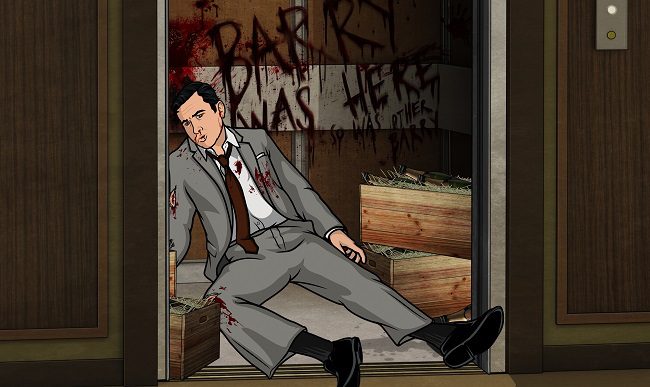 Also, hope we see Bilbo again if you recall he died after Mallory slapped the shit out of him….. 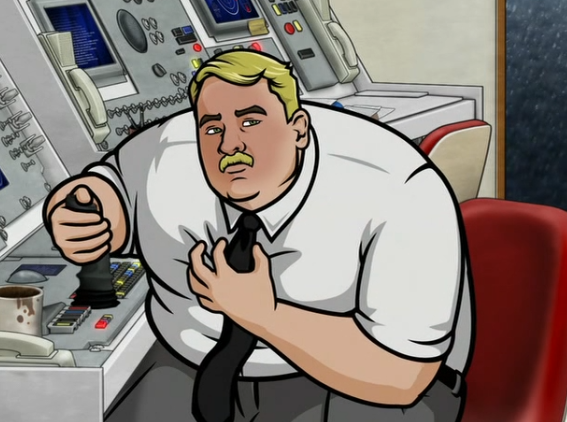 Overall it was a hilarious well-written episode going between crime drama noir and the comedy that makes Archer so great. The foundation of Archer is the excellent writing as much as Archer reinvents itself what makes it great are the jokes and great writing that keep people coming back for eight seasons. People love these characters, and the writing never disappoints. This episode shows that we are in for an enjoyable crime noir murder mystery for this season. The animation is top notch, 1940’s Los Angeles never looked so good. Check out Archer Wednesday 10 PM FXX.  My only gripe is that this episode might mean the end of Egg’s Woodhouse. 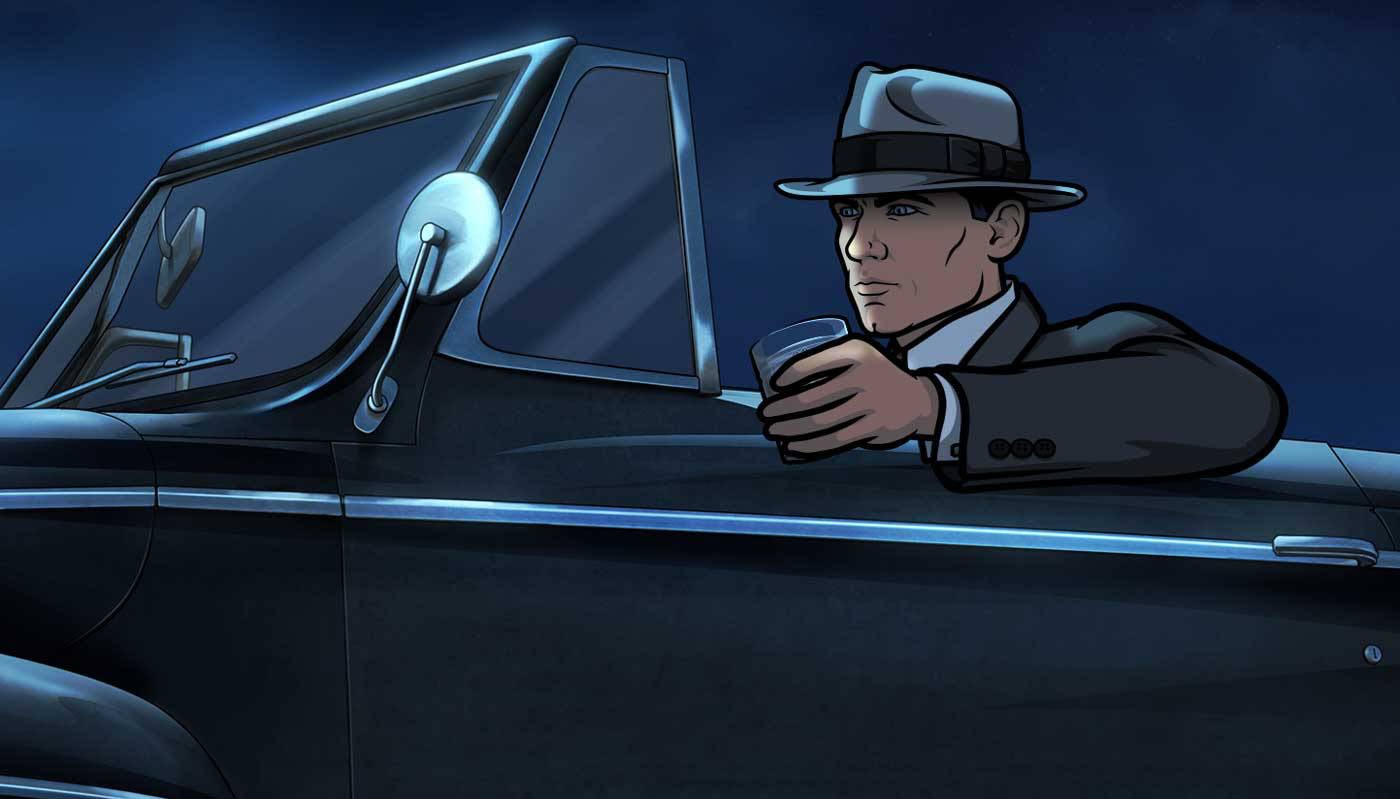