It feels like Peter Capaldi left before we had a chance to know him as The Twelfth Doctor, and so I’m not even a little bit ashamed to say...
by Former Writers July 4, 2017

It feels like Peter Capaldi left before we had a chance to know him as The Twelfth Doctor, and so I’m not even a little bit ashamed to say that I’m sad to see him go. The 59-year-old actor took over the role from Matt Smith in 2013’s Christmas Special “The Night of the Doctor,” and has been a tour de force for three seasons. Despite some initial concerns about his first season, which suffered considerably as it spent a lot of time focused on what made The Doctor who he was, Capaldi has managed to win over fans. Personally, Capaldi’s Doctor may be my favorite of the current season, and he’s exactly what I’d been looking for following Smith: an older, darker Doctor with a more serious bent, though still a bit crazed at times. The more mature tones of the story served the series excellently. I feel in particular that Series 9, comprised almost entirely of multi-part stories and serving as the farewell season for long-time companion Clara Oswald, may be the best season to date of the Doctor Who revival which started in 2005.

But damn, did Series 10 give it a run for its money. The final to feature Capaldi in the title role, Series 10 built up the tension with a series of done-in-one stories and ramped up the action into a series of multi-part episodes. The series focused on mystery and intrigue as The Doctor traveled with new companion Bill Potts, while seemingly abandoning a mysterious promise to keep watch over a vault on Earth. The stories were richly realized, as the new companion Bill proved to be less easily impressed with The Doctor’s vague demeanor than previous ones have been.

Coming off the theater stage for her first major role, Pearl Mackie might be the grandest revolution of this season. Mackie’s Bill is instantly likable. Bill isn’t portrayed as instantly awestruck or fawning over the revelations of The Doctor and his time traveling misadventures. Bill is down to Earth, realistic, and takes things as they’re presented, not being overwhelmed. It’s with this that she receives the most bittersweet ending of any recent companion; not really dead, not really alive, Bill’s conclusion makes one wonder if The Doctor will ever find out what happened to her (as of this writing, Pearl Mackie is not confirmed to return for Series 11, and the series is expected to start fresh). 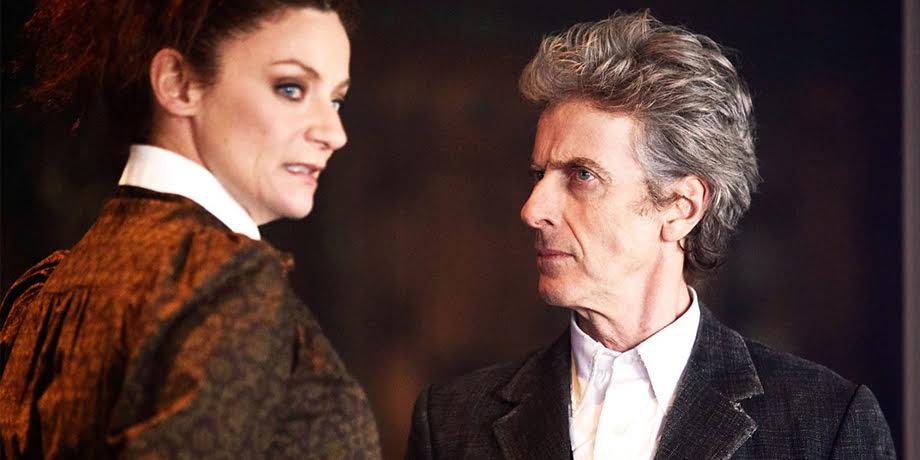 A central element of Series 10, The Doctor’s redemption of Missy, capitalized on the historically strenuous Doctor/Master relationship to great effect.

For his final season, Peter Capaldi pulls out all the stops. After spending the bulk of Series 9 suffering a crisis of person and evaluating who and what he was, Series 10’s Doctor is considerably more together. Spending his days as a university professor, The Doctor has been on Earth for some time when the season opens, remaining place as part of an agreement to save his friend and fellow Time Lord, Missy. It doesn’t quell his wandering spirit though, and he sets out on some of his most iconic adventures. The Doctor here is a man who seems to know he’s facing the end of his life as the last of his kind, desperate to save Missy to prove that he’s not beyond hope.

Even though it was sadly ruined by early trailers, the return of John Simm’s Master had fans excited.

The season is all about change, about accepting your past but fighting to change your future. From the monks overtaking Earth to the return of John Simm (a very welcome return and a true treat of an appearance, despite having its surprise spoiled by the trailer for the season), Series 10 serves as an excellent farewell season, though a bittersweet one. Peter Capaldi feels like he was just getting started, thanks to a long-running series of breaks between seasons. The series ends on a down note, as The Doctor finds himself face to face with someone from his past as he fights to resist his own regeneration. We still don’t know as of this writing who the new Doctor will be, but fans will almost certainly be flocking to their TV’s for the traditional Christmas special for the identity of the new Doctor