Dishonored 2 Review By Richard Lynch 2012’s Dishonored was a wonderfully crafted first-person stealth action game with a supernatural twist; it’s sequel expertly expands on every aspect of its...
by Richard Lynch November 25, 2016 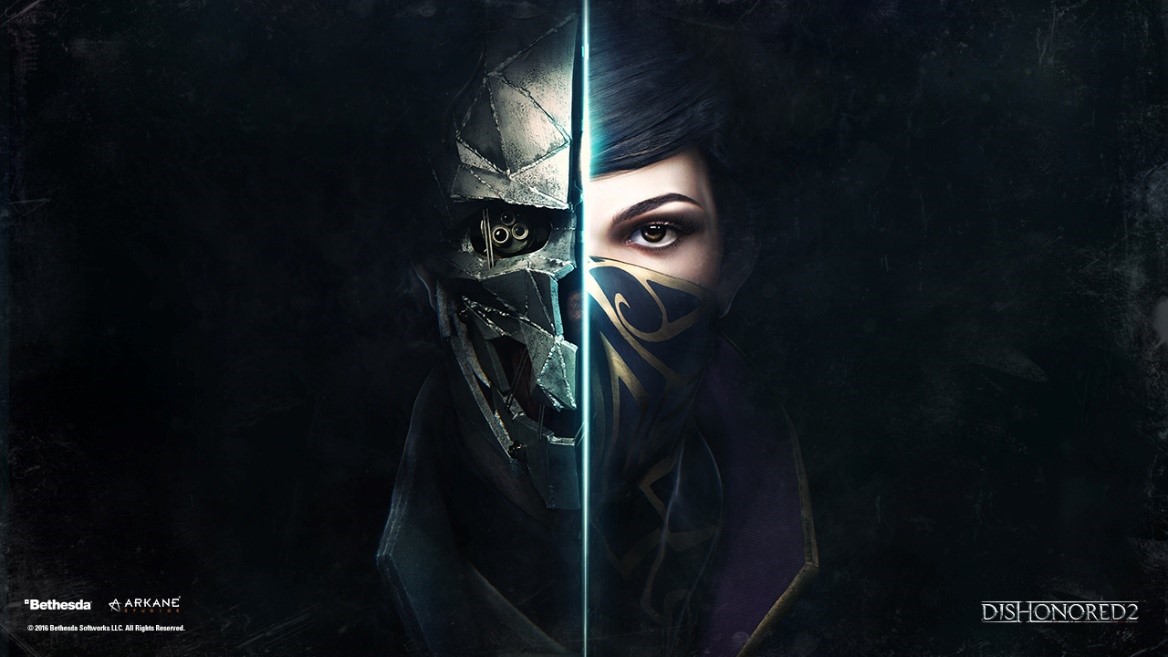 2012’s Dishonored was a wonderfully crafted first-person stealth action game with a supernatural twist; it’s sequel expertly expands on every aspect of its predecessor to bring us one of the most impressive stealth games in years. It iterates on all the original’s strengths and improves on its weaknesses to offer one of this year’s most enthralling experiences.

Dishonored 2 takes place after the murder of the Empress in the first game, Dunwall has mostly recovered from the ruinous rat plague and the treachery of the Lord Regent. Empress Emily Kaldwin, now a fully grown adult, and her father returning royal protector Corvo, run the empire while the mysterious Crown Killer murders their enemies. Naturally, things go wrong when the Duke of Serkonos along with the sorceress Delilah arrive in Dunwall to frames Corvo and Emily for the killings and seize the throne, at this point players are given a choice to play as Emily or Corvo as they try to clear their name. The world of Dishonored is a rich one with strange stories and odd characters hidden around every corner, one of the best aspects of Dishonored 2 is learning more about this fascinating world, and it certainly delivers. The main story plays out roughly the same regardless of whom you choose to play as it’s a simple tale of revenge. The meat of the story is hidden throughout every environment in every note, painting, and conversation; no game does environmental storytelling quite a swell as Dishonored 2. Player characters are now voiced which may take some getting used to; I would often enjoy hearing Emily ponder what here role as Empress has done to effect the poor citizens of her Empire, only to find it terribly distracting when she starts saying what I need to do next out loud. Overall the performances for both Emily and Corvo are well done, worthwhile additions to the series. 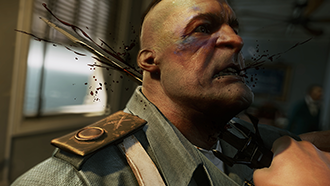 Systems based gameplay that allows players to chain together stealth, supernatural powers and a selection of deadly gadgets returns in glorious fashion. Controls are virtually unchanged with only the addition of a few more non-lethal combat options and some much-needed refinements. Corvo’s powers all return, but each now features a branching upgrade tree with some new abilities mixed in. Blink is as useful as ever for teleporting through a room full of guards, but a lethal approach is just as viable thanks to an expanded arsenal of deadly gadgets like incendiary darts and stun grenades (all of which feature expanded upgrade trees.) Players who choose Emily will be in a for an entirely different gameplay experience thanks in part to her unique set of powers. Far reach replaces blink as a less stealth but more versatile mode of transportation, while new abilities like domino allow you to chain together enemies so that one sleep dart can be used to knock out an entire room. Regardless of who you choose to play as it’s nearly impossible to upgrade every power at once guaranteeing tons of room for experimentation and replayability. 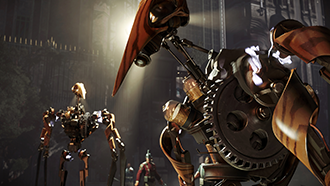 Excellent level design is on display for all of Dishonored 12-hour campaign. The streets of Karnaca are packed with life as dock workers go about their business and ordinary citizens do their best to avoid the gaze of the cities’ grand guard. The city has a beautiful, Mediterranean inspired look which is made better thanks to the series trademark art style.  Impressively levels are also designed to accompany any playstyle you could imagine. Most buildings can be entered and explored leading to the discovery of runes, bone charms and more. There is a level of verticality not found in the original game. Perhaps most impressive, is the unique environmentally twist that makes every area feel distinct and memorable, I won’t spoil anything here, but I can say that fans of missions like Lady Boyles Last Party, in the original game are in for a treat.

Dishonored 2 does what many of the best sequels have done in the past. It recognizes what made the original unique and improves upon every aspect. Fans of Dishonored 1 are bound to love this sequel while newcomers to the series are in for a unique and wild ride.

Note: I have heard stories of severe performance problems across all platforms, most seriously on PC. I have not personally experienced any major issues. Bethesda has said a patch is incoming but it has not arrived as of this review. 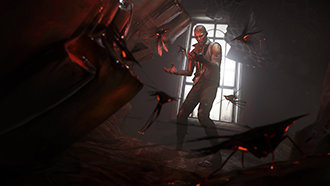 Review – Rockstars #1 Puts the Occult Back into Rock