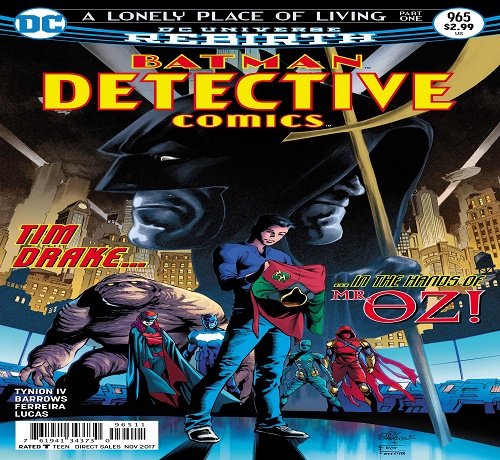 James Tynion IV’s run on Detective Comics began with a big fake out that saw Tim Drake sacrifice his life to save the rest of his team from the Colonists’ Bat-Drones. Tim seemed to disintegrate in a flash of light and flame before the very eyes of his teammates. It was a shocking way to open the series for Tynion IV, whose favorite comic book character just happens to be the very hero he killed off. But, if you’ve been reading comics long enough, you know that no character can ever stay dead for long. That’s why the latest arc, “A Lonely Place of Living,” (a nod to the classic “A Lonely Place of Dying” arc that introduced Tim Drake in 1989) reintroduces Red Robin to the pages of Detective Comics. 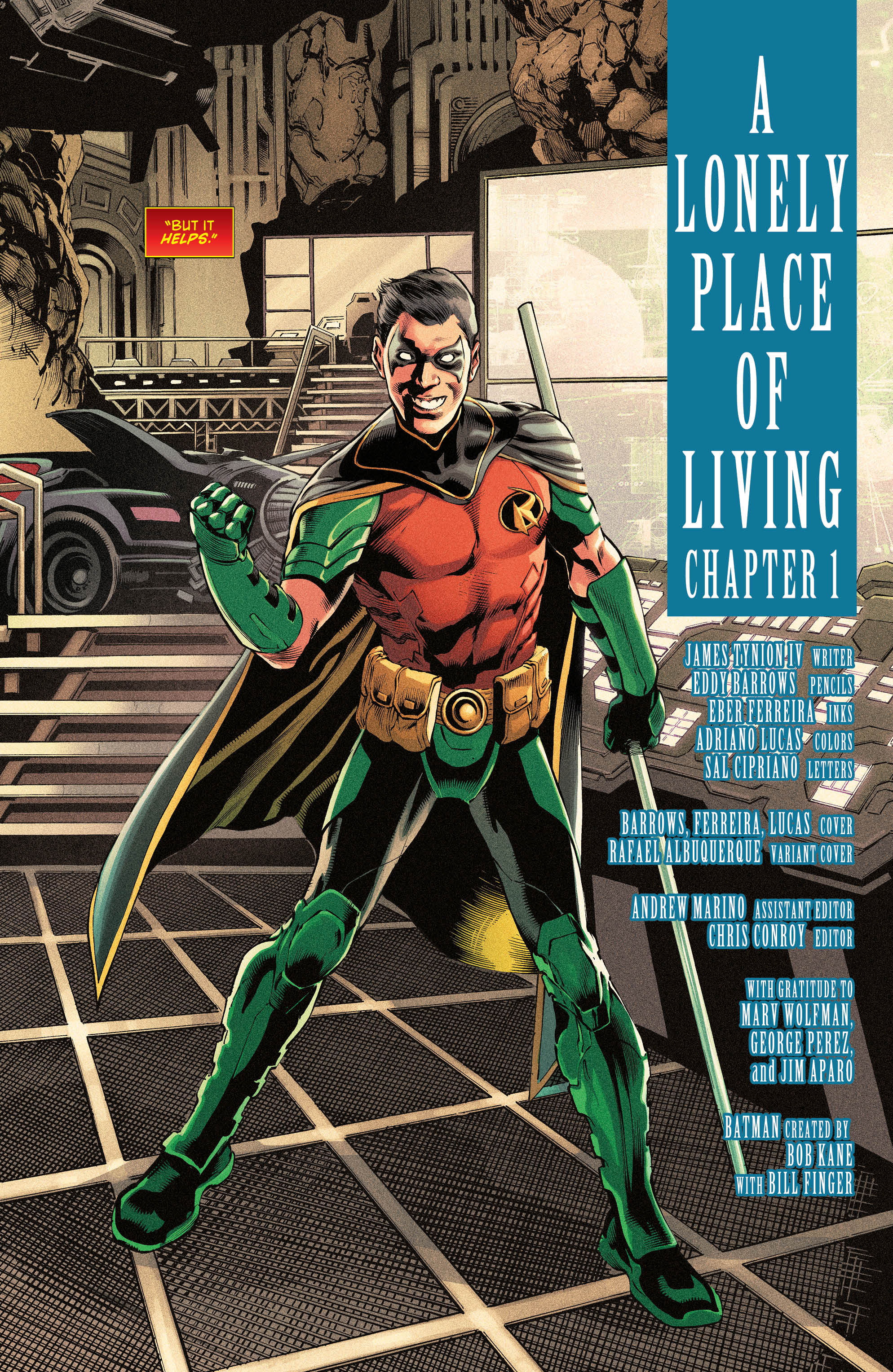 We’ve known this for a little while: Tim never died in that Bat-Drone attack and was instead transported to a sort of cosmological prison by the mysterious Mr. Oz, whose identity has remained unknown since DC relaunched its entire line in 2016. He’s been one of the many villains lurking in the shadows of the multiverse, waiting to unleash whatever his evil plan may be. (Actually, have you noticed just how many evil threats have been waiting in the shadows since the beginning of Rebirth? There’s Dr. Manhattan, the Dark Multiverse, Mr. Oz, and the Three Jokers mystery still waiting to be told! I’m probably forgetting one or two other bad guys…) 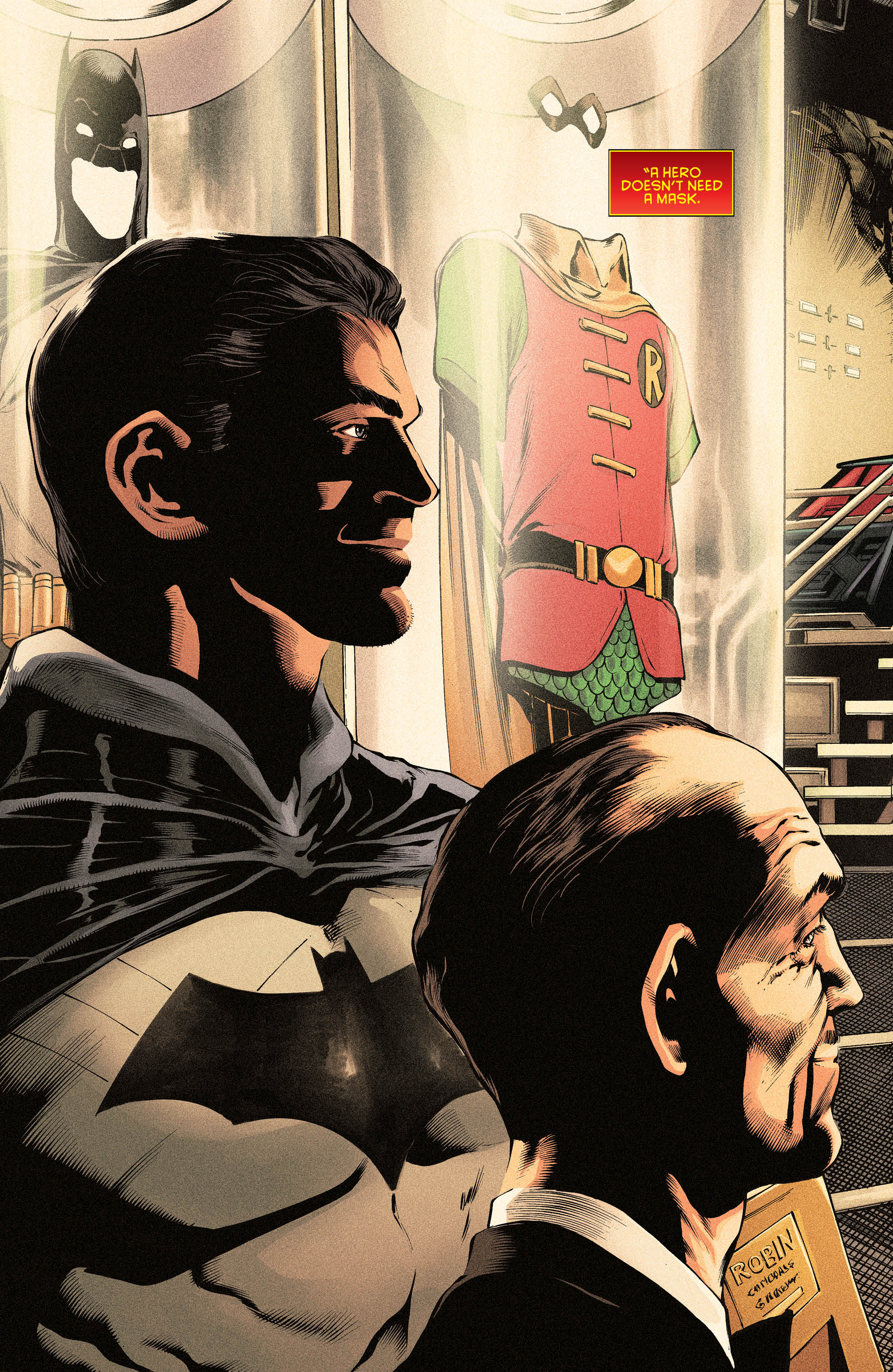 Most of the issue is a conversation between Tim and Mr. Oz, who is interested in learning about the young hero’s past, particularly why he decided to become Robin. Tynion IV retreads bits and pieces of “A Lonely Place of Dying,” and doesn’t delve into much present action. Instead, he’s interested in retracing his favorite character’s steps, reminding us why Tim decided to become Robin in the first place and why he remains so iconic to the people who grew up reading comics in the ‘90s. It’s a nice little love letter to Tim that benefits from Eddy Barrows, Eber Ferreira, and Adriano Lucas’ collaboration on art.

There are a few reveals in this issue that I won’t spoil. One is sort of expected, but the other one will definitely hit readers as a shock. I loved the final section of this issue so much. It definitely brings the biggest shock to Tim, who spends most of the issue being pretty sure of himself, only to be completely disarmed by the final few panels. It’s good storytelling.

My only qualm with this issue, and the start of this arc, is that it brings back a really tired villain that shows up way too often in DC’s lineup. This particular time, Detective Comics doesn’t really justify the villain’s arrival, leaving it on a bit of a cliffhanger. With a book so full of big reveals, this final one falls just a bit flat. Still, it’s nowhere near a deal breaker, as #965 kicks off yet another exciting arc for Tynion IV’s Detective Comics.