Detective Comics #959 Review By John Saavedra   The second part of “Intelligence” is a slow burn with quite a bit of exposition. There are multiple stories being told...
by Guest June 28, 2017 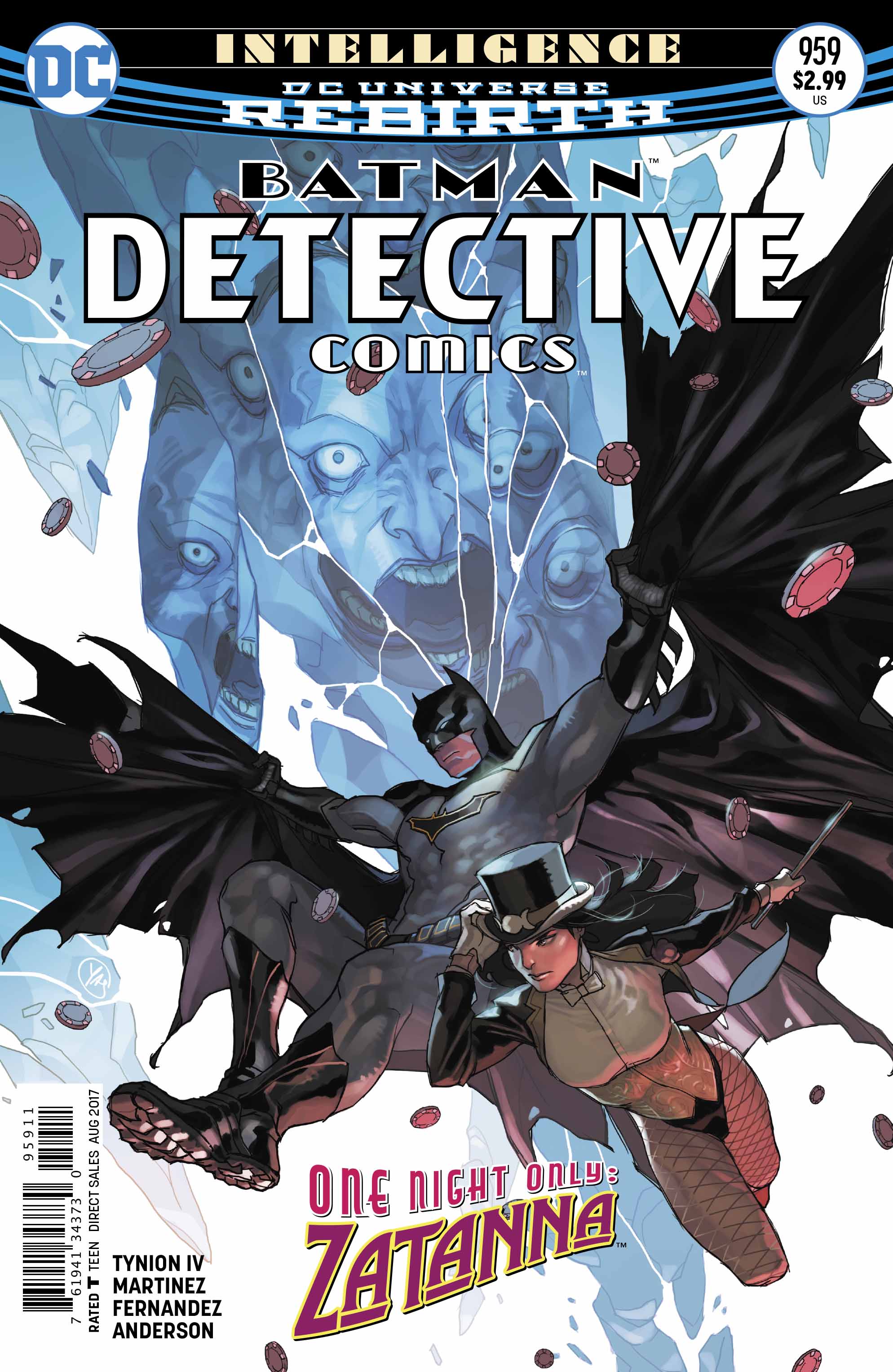 The second part of “Intelligence” is a slow burn with quite a bit of exposition. There are multiple stories being told in this issue, and I get the sense that they’ll all come together eventually. The main focus in #959 is the ongoing upheaval with the Order of St. Dumas, whose members are being killed off by an assassin named Ascalon. The reason Jean-Paul Valley’s holy order is being attacked is unclear, and this issue doesn’t really give us any answers.

James Tynion IV is still setting things up. He really enjoys creating conspiracies and slowly peeling away at them, and here he sets up some intriguing threads that might pay off in a big way. The most interesting piece of the puzzle is Batman’s ongoing investigation of the Button, the Watchmen relic he discovered more than a year ago in the Batcave. After the events of “The Button” crossover, the World’s Greatest Detective has more questions than ever. Not only is the source of the Button still a mystery (we all know it has something to do with Doctor Manhattan), but now Bruce has met his father in an alternate reality where Thomas Wayne became Batman after the death of his wife and son. 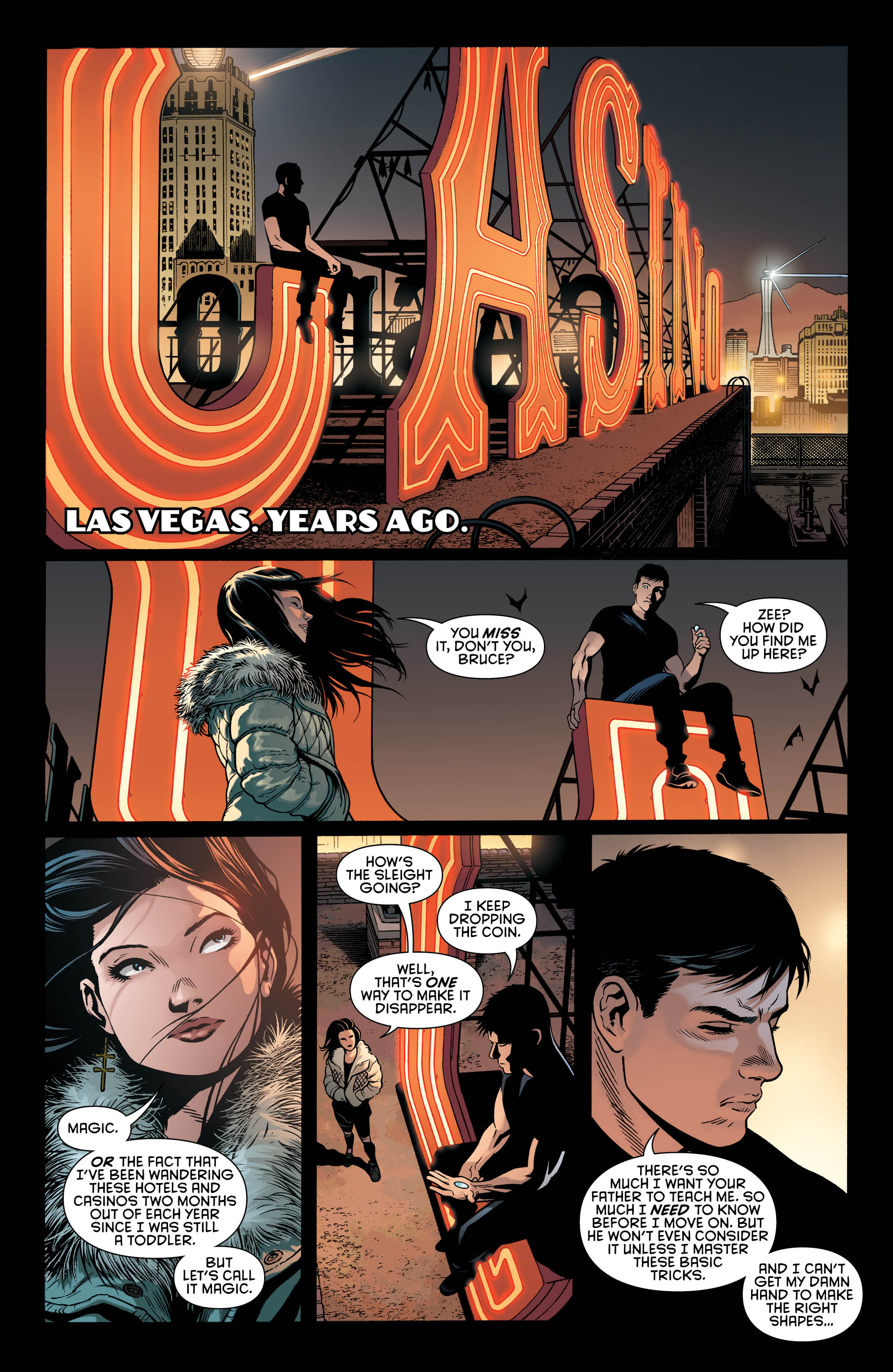 Thomas’ final message to Bruce, “Don’t be Batman,” is proving to be a bit life changing for the Dark Knight. He’s proposed to Selina — a move that seems very unlike him — and now he’s seeking Zatanna’s help to uncover the mysteries of the Button. Batman thinks she might have some magical means for discovering the source of the relic, but we don’t get to see what those are.

Batman and Zatanna have always had a complicated relationship, from childhood friends to antagonizing each other, and Tynion does a great job of delivering that complexity as if he’s been writing these two characters for years. There’s an especially interesting metaphor about a magic trick that works as an analog for their friendship. Bruce can never quite figure out how to do it. 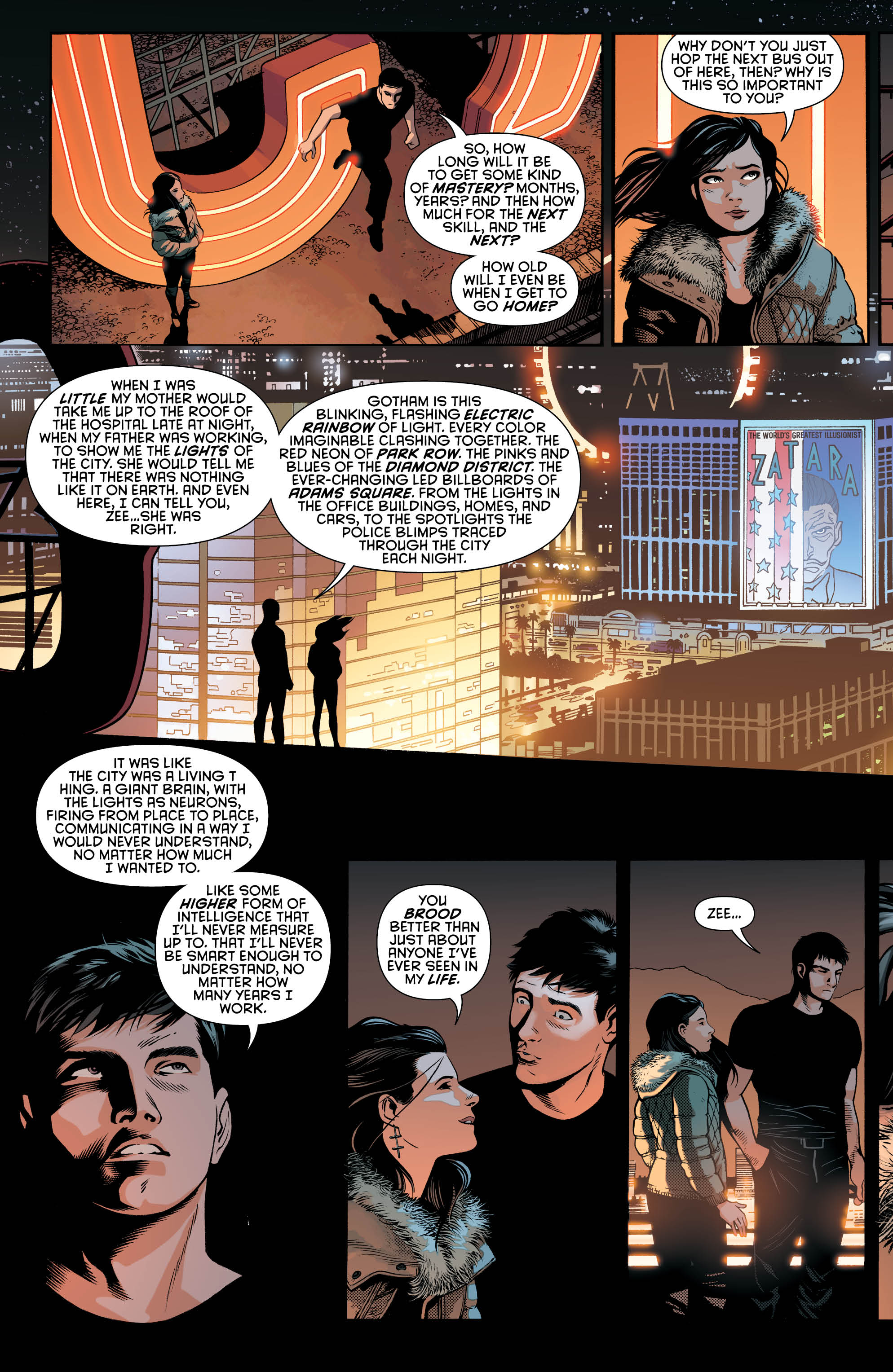 Alvaro Martinez draws much of the story in two-page spreads, and many of them pack a visual punch. My favorite is a scene in Luke Fox’s lab, where we get a glimpse at all of the new tech he’s working on. Luke also has a new helper who I won’t spoil here, but I was super excited to see a certain someone from Scott Snyder and Greg Capullo’s Batman run show up in this book. 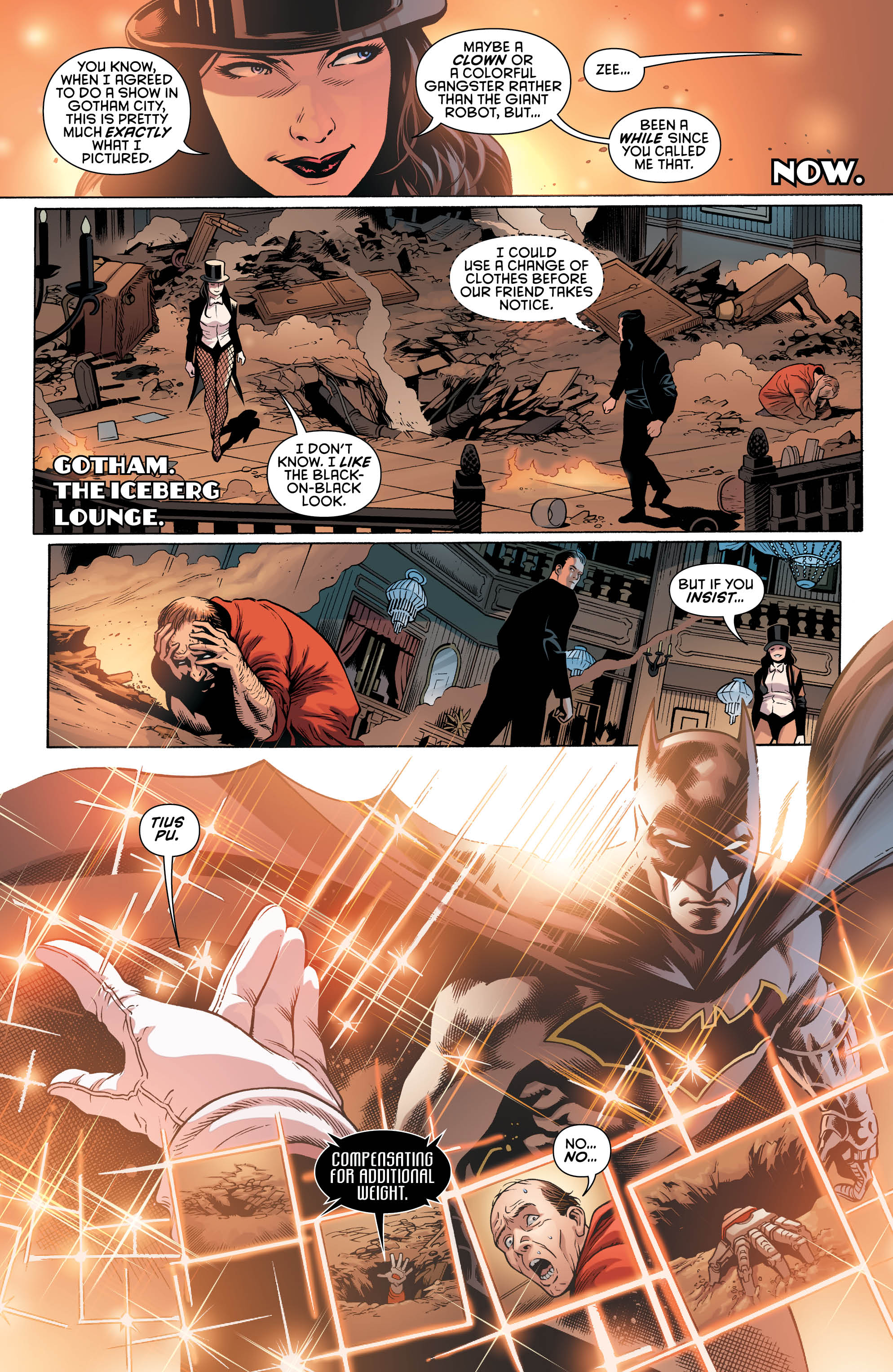 Again, I’m still not sure where any of this is going. There are hints that perhaps the status quo of the team might change again, as one of the characters faces quite a bit of inner turmoil, and Batman’s obsession with the Button might end up keeping him busy elsewhere. It looks like it’s going to be up to Batwoman, Batwing, Clayface, Orphan, and Azrael to stop Ascalon, but that might not be the end of it. Tynion teases that there’s something much more ominous waiting in the shadows. I smell a conspiracy. 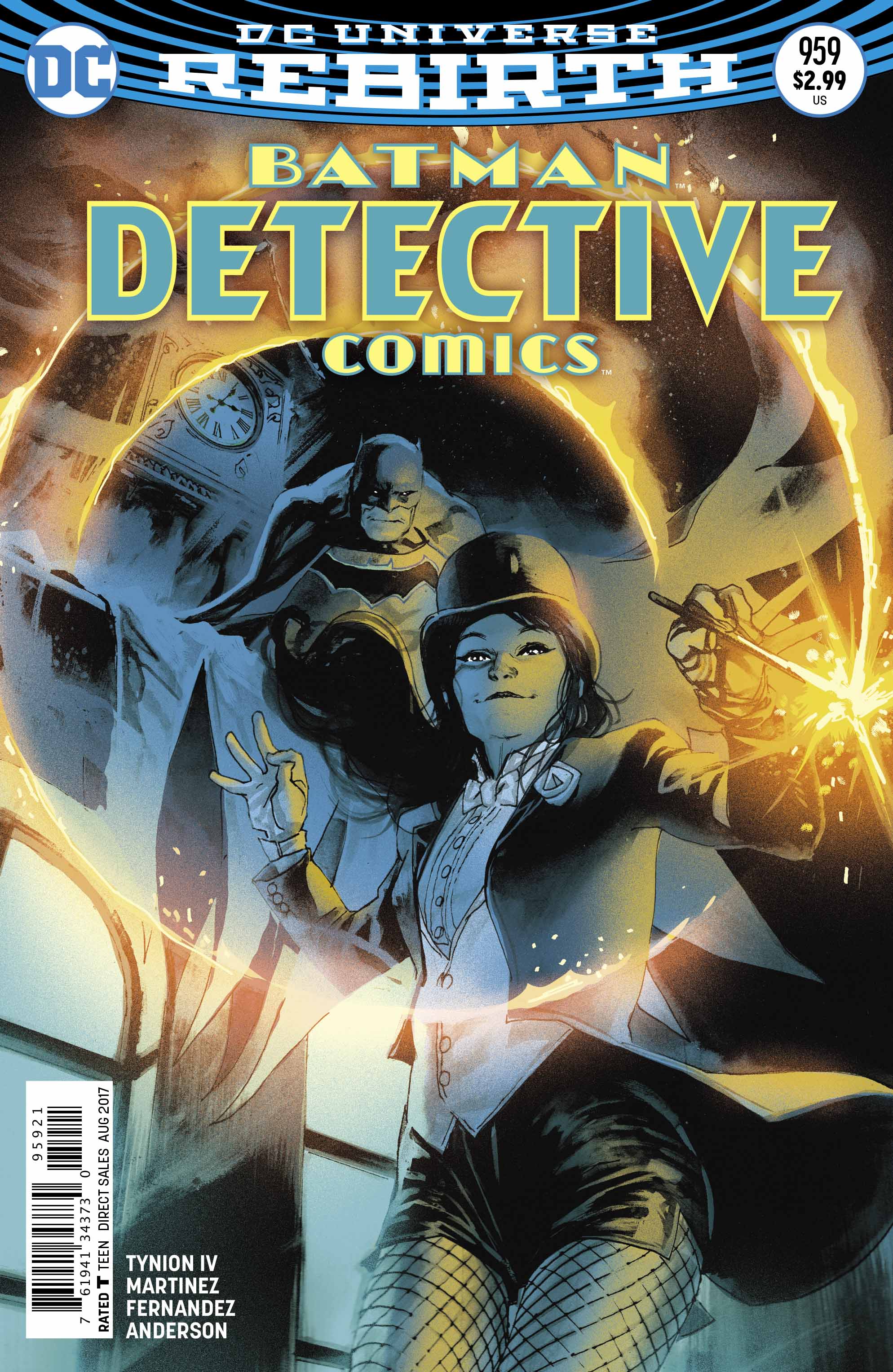