An In-Depth look at The Texas Chain Saw Massacre 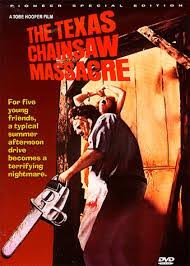 The original “The Texas Chain Saw Massacre” has become a horror cult classic, grossing over 30 million dollars worldwide, something so unexpected for a beyond low budget film made by newbie film students. It is raw, chilling, gripping, disgusting, and fantastic but some of the actors did not even think that a film such as this would even see the light of day. Paul Partain, who played wheelchair-bound, whiny, pessimistic Franklin in TTCM, revealed in the documentary “Texas Chain Saw Massacre: The Shocking Truth” thought the movie would drift off into the sunset. No wonder he played pessimistic so well as he, along with everyone else who worked on the film, really never thought it would amount to much. But when you watch the documentary as well as read “Chain Saw Confidential,” written by Gunnar Hansen aka Leatherface, it is clear that writers/producers Tobe Hooper and Kim Henkel were truly onto something amazing.

What has always made this film so epically amazing for me is the lack of special effects, mainly because they could not afford them but it was also the early seventies where CGI was not as prevalent. Watch the remake from 2003, and you will see that the movie thrives off of blood, gore, and special effects, though I am quite positive that it was not an easy shoot for anyone with it being such a physically demanding film, both times around. Take into account finances for a quick second: the original film had a base budget of $60,000 while the remake’s budget was close to ten million dollars. That is a huge fiscal difference and I believe that the lack of funding for the first go-round is the sole reason why Richard Zeglin of “Time” said in 1999 that the original “set a new standard for slasher films.”

First exposed to “The Texas Chain Saw Massacre” in 2003, the same year the remake was released, I was scared out of my mind. Every time I saw a van or a truck pass me on the road, I was convinced that it was Leatherface and his family coming to skin me alive. It was the dedication of the actors through the screen; it was as all the trauma and fear was happening to them and affected me. Behind the scenes, the actors were suffering as much as their characters and that was what made the movie so powerful

Yes, “The Texas Chain Saw Massacre” was loosely based on the tales of cannibal Ed Gein, an almost Norman Bates type serial killer. As a toddler, Tobe Hooper’s relatives would tell the story of Gein, who would go dig up fresh graves skin them, eat the flesh, wear the faces, and make creations out of the bones. Hooper claims in the documentary that his family would repeatedly tell this particular story because they could see it would get a rise out of the toddler. As an adult filmmaker, he chose to use this haunting tale and turn it into, what would become “The Texas Chain Saw Massacre.”

If you love the movie, you may not know that filming this was a true labor of love, for everyone involved. There was not a person who was a part of the filmmaking process who did not bust their butt’s day in and day out, twenty-seven-hour shoots, blood, guts and beyond. So, here are ten things about the “The Texas Chain Saw Massacre” that you may or may not know, from the cast and crew themselves. 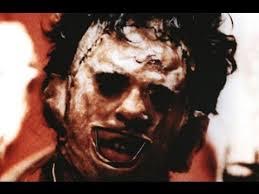 1)       Ridley Scott has cited this film as his inspiration for the 1979 classic “Alien,” which went on to gross over 200 million dollars at the box office.

2)       The film went over budget and ultimately, the final funds came from the mob. Because of this, any points that the cast was given towards the film after release became null n void when the mob allegedly went broke. One cast member recalled getting a royalty check that was only for $47, despite the box office success that the film was having.

3)       Both Paul Partain (Franklin) and Gunnar Hansen (Leatherface) stayed in character the whole time that they filmed. Partain claims that he was scared that if he broke character, he would never be able to get back in and his fellow cast mates, especially Marilyn Burns who played his sister Sally, said working with him was so easy because he was always in character. However, she did also say that he is a genuinely nice guy when he is not playing Franklin. But, Hansen was in a similar position with the character of Leatherface and that brings us to…

4)       Most of the cast did not see Hansen in his Leatherface mask until it was time to film. Allen Danziger, who played the role of Jerry blindfolded himself and was led into the room where his character would meet his demise. The moment the blindfold was removed, he saw Hansen and screamed out of terror. Could have been an amazing shot had he not scared himself half to death.

5)       Many of the bones that you see in the home, especially at the dinner table, are real animal bones. Robert Burns, Set Designer, learned taxidermy at home and was fortunate enough that staff make-up artist, Dorothy Pearl worked at a veterinarian’s office. Through her, he was able to collect animal remains as well as travel around Texas for dead farm animal remains. So what you see is really what you get with this one.

6)       The film was so low-budget that Hansen had just one outfit as Leatherface, which could not be cleaned for fear that it, would be lost or lose its color. He was the most foul-smelling of the entire cast as he had to be extremely physical in the 100 degree Texas heat while being surrounded by rotting corpses.

7)       The original titles that Hooper floated around were “Headcheese” and “Leatherface” but when he mentioned “The Texas Chain Saw Massacre” to a friend, he got such a reaction of disgust and distaste that he knew it was the perfect title.

8)       During the scene where Franklin is being killed via chainsaw by Leatherface, the blood being spurted out was spit out by whoever was on the set at the time. Marilyn Burns, Dorothy Pearl, Partain; would fill their mouths with a red syrup and spit and spray for hours until the scene was wrapped. If that is not a sign of how broke yet dedicated they were, I do not know what is.

9)       Marilyn Burns (Sally) had a real reaction in the final scene when she is laughing and seemingly going crazy as a truck is driving her away. She had thought that she had wrapped and was done with her white pants, having her blonde hair stained pink and her skin being bruised but then she got a call that they did not get what they needed. Burns returned to the set and put back on her bloodied clothes and says that she was 100% having this crazed reaction.

10)     The meat hook scene is one of the most iconic of the movie it was Dorothy Pearl who helped create the image. Teri McMinn’s costume as Pam was so skimpy, they had to find a way to get her up on the meat hook safely yet keep the illusion that she was really being hung. So many sanitary napkins and pantyhose were used around her body so Teri was able to hang there, looking like she had a meat hook through her.

So there you have it; the truth behind one of the best horror films of all time and despite the financial problems and horrid physical demands, it has lived on for over forty years and continues to grab the attention of new and younger viewers. See y’all in Texas! 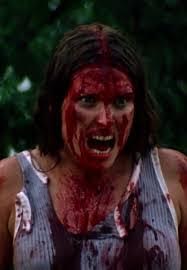