Dealing with Deckbuilding By: Lane Martin Everyone has one common game mechanic that they don’t particularly like. Some people hate bluffing games, while others dislike heavily strategic area control...
by Former Writers April 12, 2017 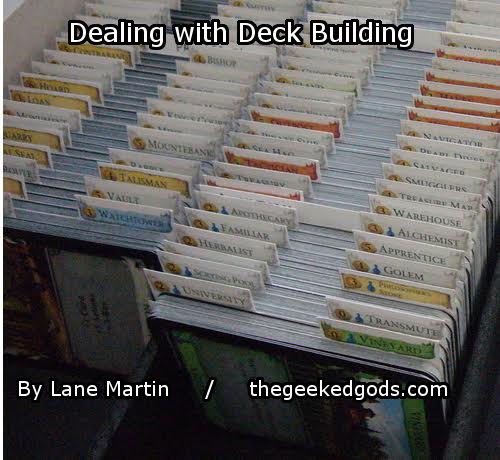 Everyone has one common game mechanic that they don’t particularly like. Some people hate bluffing games, while others dislike heavily strategic area control games. Personally, I am not very keen on deck building games. I don’t mean games that require players to preconstruct a deck prior to a game like Magic the Gathering or Doomtown, but rather games that revolve around the idea of constructing a deck and using that deck to keep improving upon it. However, this is a fairly common mechanic and I have several deck building fans within my game group, so I have learned to appreciate them when done well.

Dominion is a staple of the genre and there is really no way around it. When it comes to deck building, Dominion perfected the base formula with elegance and ingenuity. Like other deck builders, you’ll start with some basic cards, nothing too fancy, some money and some victory points, just enough to get started. You’ll draw you had, hopefully, be able to afford something interesting from the market that was randomly generated at the beginning of the game. You’ll put your buy and your hand into your discard pile and do it all again on your next turn. 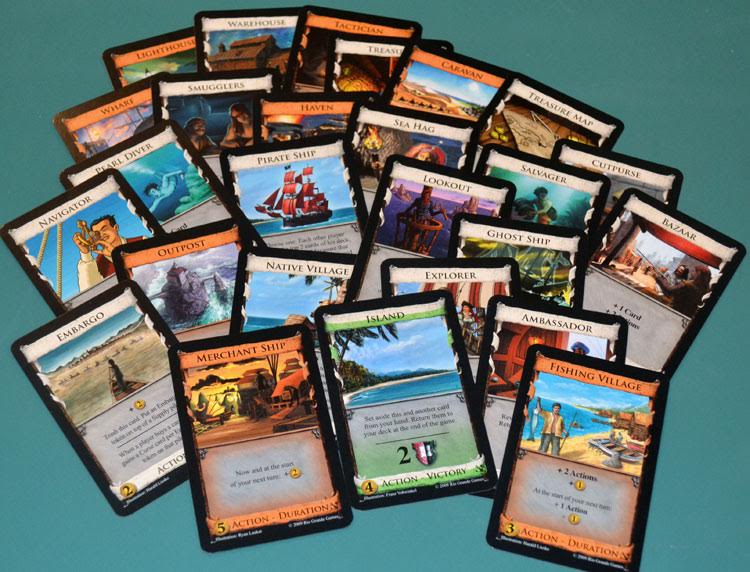 The sheer variety of cards possible is what makes Dominion interesting

Throughout the game your goal is to accumulate useful cards and victory points while getting rid of useless cards to pare down your deck. I’ve had good games of Dominion, notably I remember one game where I was able to cycle through my entire deck on my turn. Finding the deck size sweet spot can be exciting, but it takes significant planning and strategy. Numerous expansions help build the game further, add interesting new game mechanics with each new set. Dominion is a fine game to learn the basics, but there is still a lot of stuff out there.

One thing that that always felt off about these games for me is that every game is extremely free form. With only the overarching goal of accruing victory points, early game can leave nearer players without a clear plan in mind. That’s where games like Ascension and Thunderstone shine. These games use similar mechanics but see the players purchasing adventurers and weaponry from the market to deal with the onslaught of monsters. Thunderstone even offers and experience system, allowing you to level up certain cards into stronger versions of themselves. The more immediate goals of these games tend to speed up the game leading to fewer befuddled players and more risk taking. 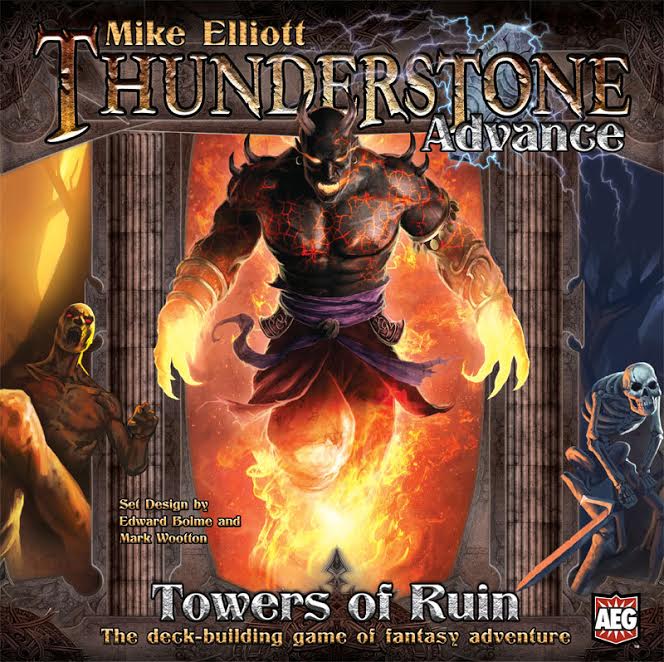 Now, I can certainly understand not being sold on these games. All the planning and strategy comes off as stuffy and might just not be the fun experience you are looking for in your weekly game night. Worry not, as there are several lighter experiences to be had here as well. Quarriors changes the formula by using pools of dice in a bag rather than a deck of cards. The gameplay here is fast and certainly less serious than those above. 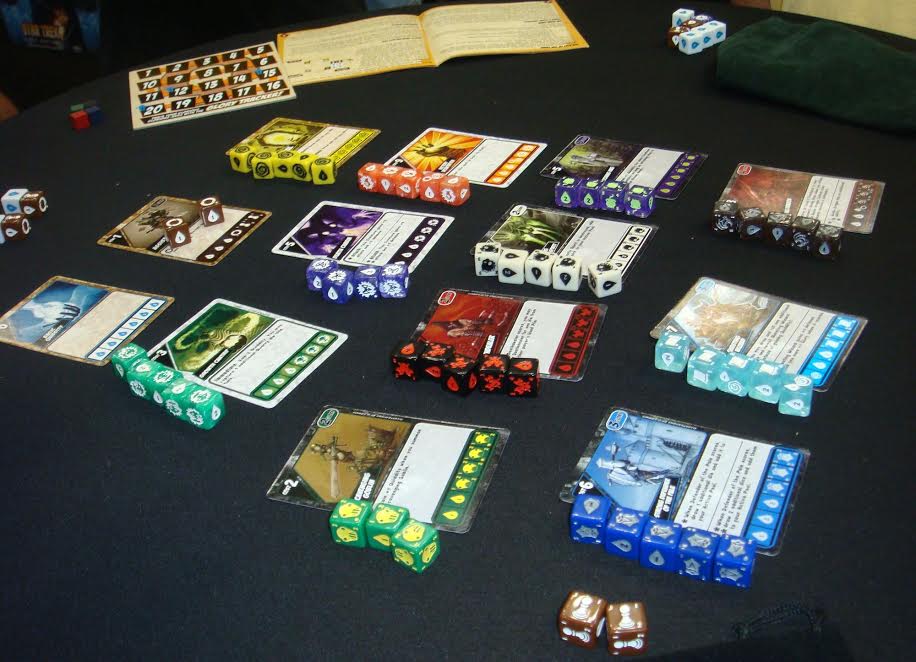 I am terrible at rolling dice, but still enjoy Quarriors