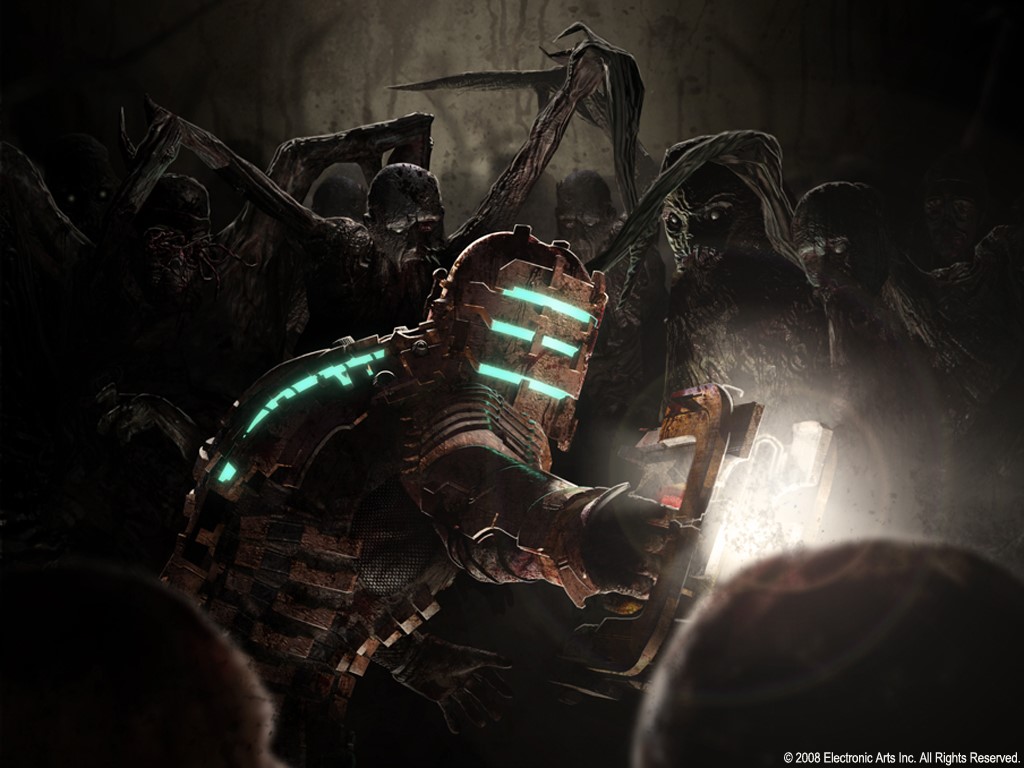 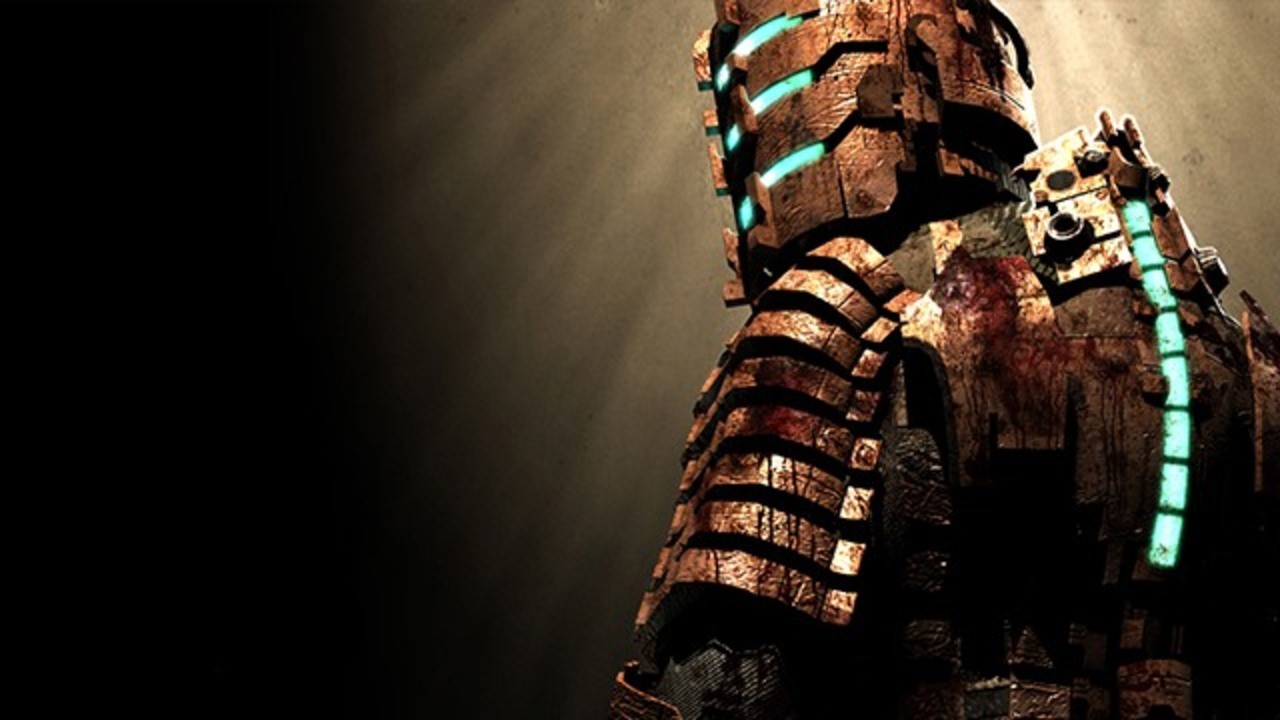 “In space, no one can hear you scream.”

But in my house, my girlfriend can. Multiple times in the middle of the night as I almost pissed myself from playing a video game. I’m 25-years-old by the way, hi, nice to meet you.

Though the Dead Space series is on its third game, I’ve never had a chance to pick any of the titles up and play them yet. They’ve been highly recommended for some time now, but none have come into my possession – that is, until Xbox Live’s Games with Gold program offered the first installment as a backwards-compatible title for the Xbox One for free. If there’s one thing I’ve learned from the past eleven hours spent playing Dead Space, it’s that I was missing out big time.

The story of the game is simple enough, but incredibly effective at that – in 2,508, you play as a man named Isaac Clarke. Clarke an engineer who travels with the rest of his crew to embark on a repair mission for the gigantic mining ship the USG Ishimura. As soon as Isaac’s crew arrives on the space vessel, it’s apparent that something is seriously wrong. A horde of alien lifeforms called Necromorphs have taken over the ship, causing a terrifying bloodbath – women, children and all. Isaac and the remaining crew of his ship is now pit in a fight for their very survival, deep in space.

Released in 2008 by EA Redwood Shores (which is now Visceral Games), the game’s graphics hold up surprisingly well even eight years later, successfully creating a completely desperate and haunting atmosphere right from the very beginning of the game. This is a game that relies heavily on its tense feel, so much of it is cloaked in shadow and darkness; though it would make it easier to simply turn up the brightness so you’d be able to see everything that lurks in the blackest reaches of the ship, you’d be doing yourself a disservice. Dead Space is downright terrifying, and much of that comes from the game keeping on your toes by having Necromorphs jump out from nothingness and scare the living hell out of you. It’s a formula that’s tried and true – a loud noise and some grisly imagery to give you a good jump and adrenaline rush when you least expect it. The game is exciting and insanely addicting through and through, much of which has to do with the scare factor.

It’s also deeply immersive, giving you no HUD, but still coming up with clever ways to let you know the status of your character. You see everything in third person over Isaac’s shoulder, and everything you need to know can be accessed from this angle. When you raise any of your guns (which are actually mostly just mining tools, modded by nodes that you find along your journey to become more deadly or have a bigger capacity for ammunition) the ammo count is shown in a little popup screen right above it, which serves as a practical way of Isaac being able to gauge his own ammunition in real time. His health is displayed in a bar on his spine; when it’s full, it’s a full, green gauge, and as it gets lower it goes from yellow to red, as Isaac also breathes heavily to indicate the fact that he needs a medical pack.

Even the cutscenes are done in real time for the most part. Each holotape or transmission that Isaac receives is shown through his own transmitter – once again, causing you to see things the way that Isaac would be seeing them. It’s a great way to keep you feeling claustrophobic, like you’re really in this situation…something I wouldn’t want even in my worst nightmares. 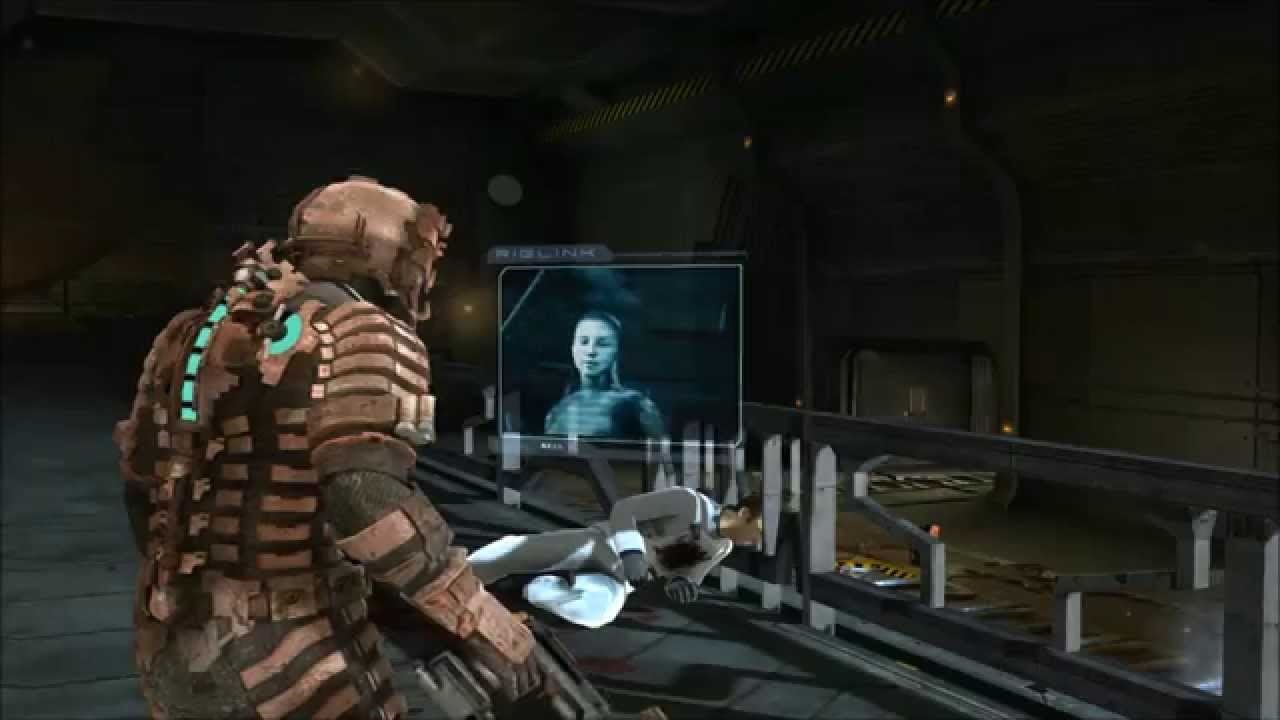 Because although most of the scares come from adrenaline-fueling instances of these aliens jumping out at you while being accompanied by a loud musical cue, everything about their design is downright nightmarish. Taking much influence from The Thing (1982), these lifeforms take over the bodies of anything they inhabit and become one in a grisly and gruesome manner. Watching them reanimate a dead corpse is one of the more intense things that I’ve ever seen on the Xbox 360, and it’s definitely enough to keep you up at night. The realization that some of these monsters were actually twisted and mutated babies was just…well, it was an insane moment. Indescribable, almost, but I’ll try. Something like:

One of the most interesting aspects of gameplay in Dead Space is that shooting these monsters in the head basically does nothing. The only way to really kill these things quickly is by dismembering their limbs so that they can’t come any closer to you and do damage. It’ll turn you into a sharpshooter very quickly, as rest assured, you do not want these aliens touching you. Also adding to the scare factor is the fact that it’s hard to tell when they’re finally dead for real. Isaac has a stomp function, which I used on just about every enemy 47 times after I thought I killed them just to make sure they weren’t coming back. 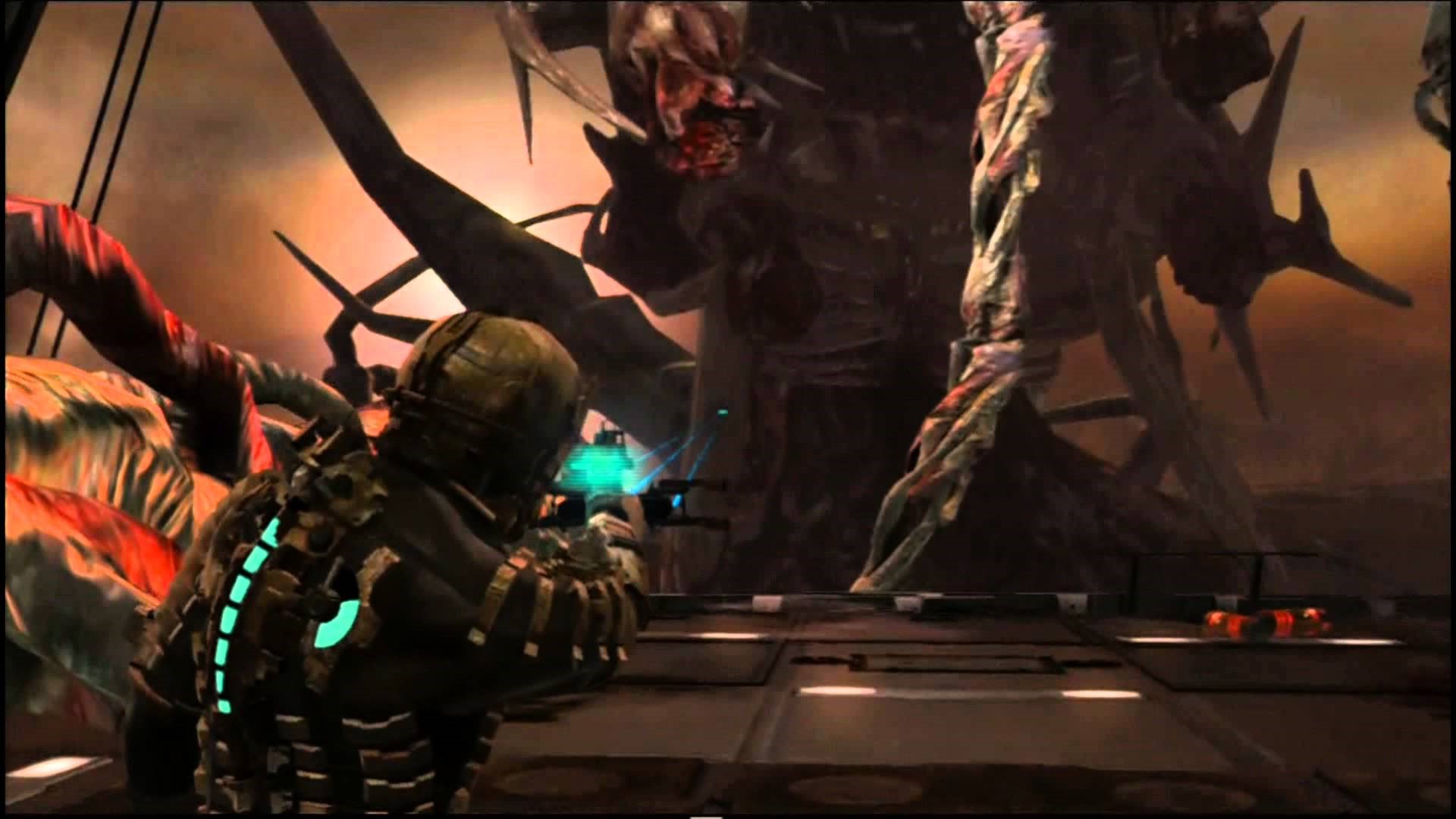 There are two other functions that Isaac can use to help dispense his enemies, and here is where the game really starts to differ from most others in the survival horror genre. There is a kinesis and stasis module built into Isaac’s RIG, which is his suit. Kinesis can be used to pick up and actually throw things – including severed body parts – and stasis can be used to slow things down to give the player an edge on the battlefield. Dead Space has a real knack for taking things that are conventional to the genre, such as limited ammunition and creepy atmosphere, and adding various and interesting ways to make it completely unique; a game that stands on its own, above and beyond the rest. Whether this means floating around in zero gravity, or even an asteroid blasting minigame that you have to play through, the game must be commended for trying new things as to keep it fresh throughout.

Perhaps the most astounding aspect of the game is the sound design. The echoes of the ship, the subtle noises of a woman weeping in the background, or the absolute silence of when you have to go outside the ship and enter deep space. Coupled with the fact that Isaac is silent (outside of a few grunts and yells here and there), the sound gives the player a feeling of bleak hopelessness yet morbid beauty that few other games in this genre are able to achieve.

Once you play the game to its stunning and grandiose conclusion, you have the option of going back and doing a second run with all of your gear and upgrades intact. It’s basically a surefire way of getting you to play it more than once, because after all, who doesn’t love maxing out a character’s abilities? For completists, this is a dream come true. However, you cannot up the difficulty if you want to keep all of your goodies, which may be the one slight issue I have with the game. But really, that’s such a small complaint that it’s basically nonexistent. It’s more of me just trying to nitpick and try to write objectively about a game that may be the pinnacle of its genre.

Dead Space is a masterpiece. For fans of science fiction and horror alike, and even for fans who just want to play a game that’s extremely well done, Dead Space is a must-play. It’s space terror done right.