DC House of Horror #1 Review By John Saavedra   DC is celebrating Halloween in a big way this year, with a collection of horror tales featuring all of...
by John Saavedra October 25, 2017 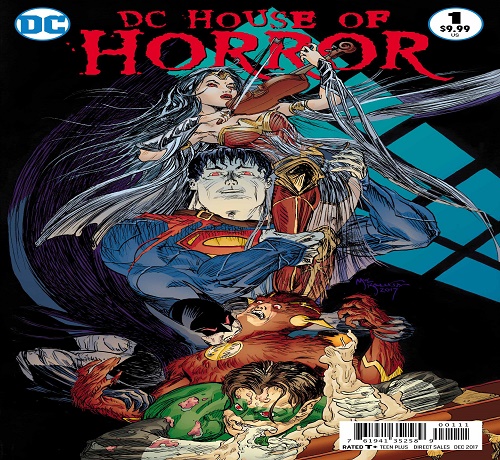 DC is celebrating Halloween in a big way this year, with a collection of horror tales featuring all of its biggest heroes — only these are twisted versions of the characters. In “Bump in the Night,” the Man of Steel crash lands in Kansas to terrorize Pa and Ma Kent. “Blackest Day” gives readers the end of the world through the eyes of Green Lantern. Then there’s “Man’s World,” which stars a young girl possessed by the vengeful spirit of Wonder Woman. That last one is probably my favorite story of all. 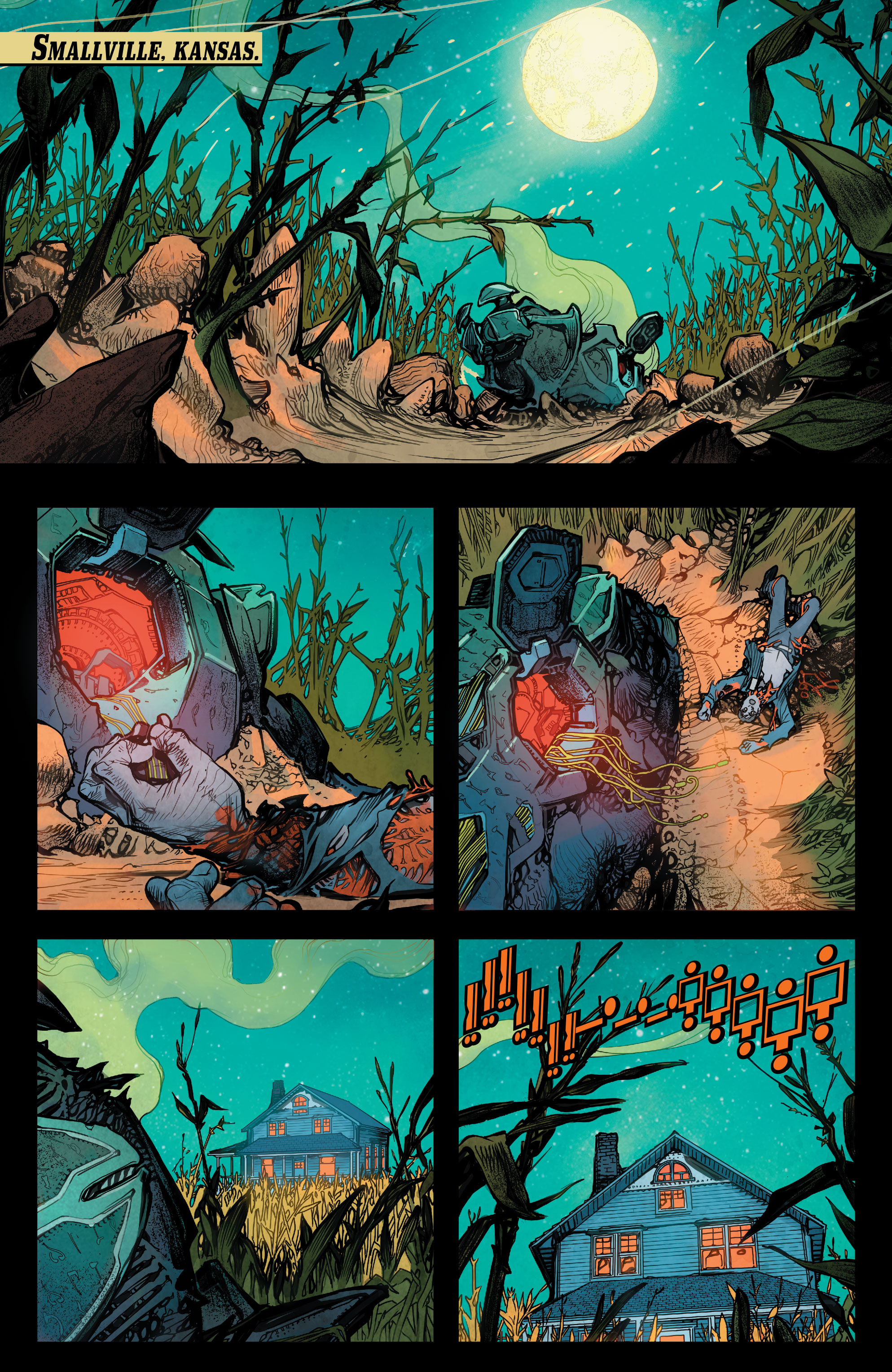 One thing all of the stories have in common, other than being plotted by the legendary Keith Giffen, is that they’re all pretty brutal. They’re certainly more violent and gory than what DC usually puts out on a weekly basis (unless you’re only reading the Metal event books, which are pretty gruesome). In fact, some stories, such as the aforementioned “Bump in the Night,” felt like a little too much. It’s probably that I don’t have the stomach for over-the-top violence, but there’s something pretty perverse about watching a young Kal-El torture and kill the Kents. It’s just not right. 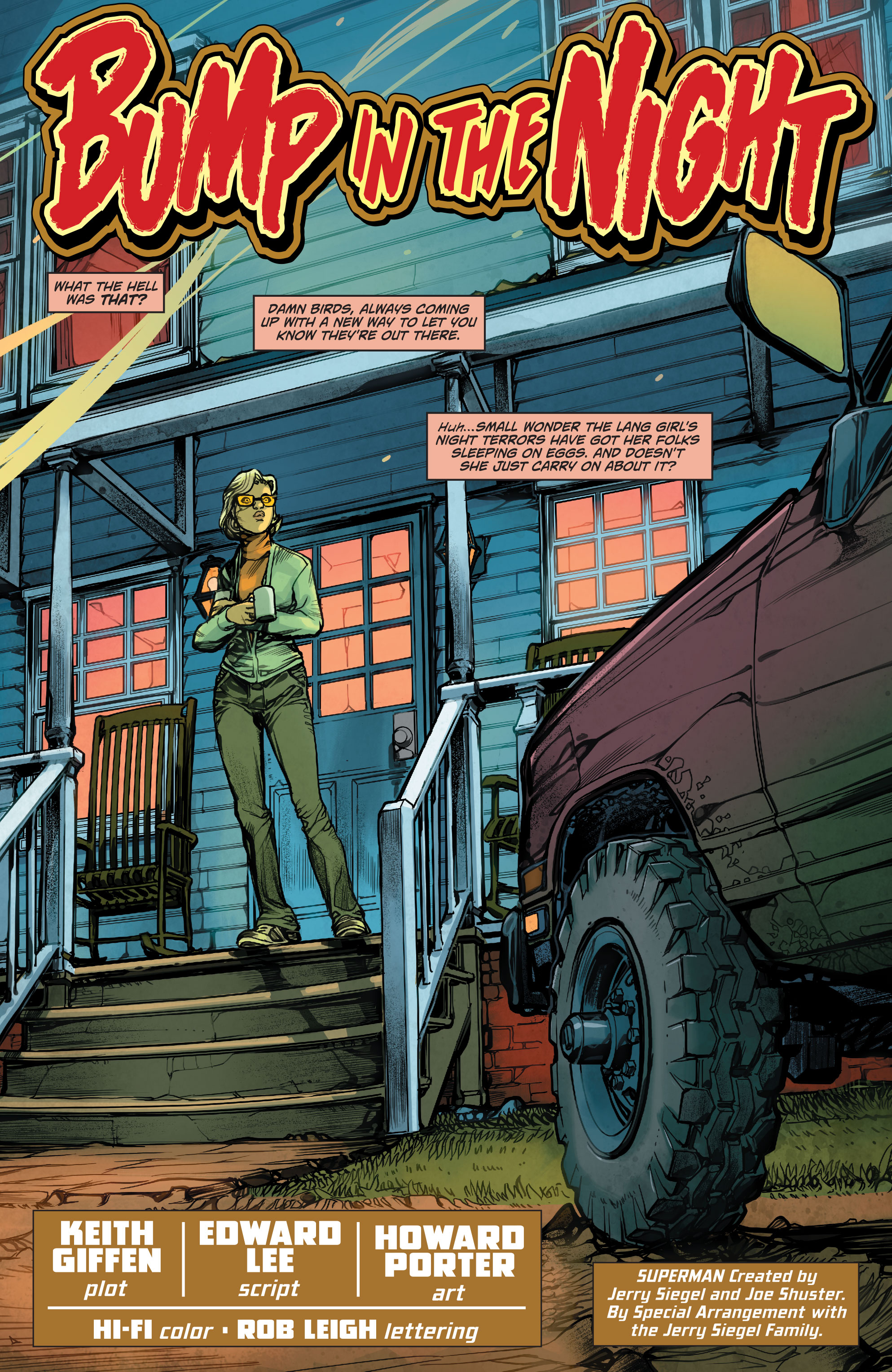 But anyway, I enjoyed most of the other stories. “Man’s World” is beautifully drawn by Wonder Woman artist Bilquis Evely. Because of the horror twist, the art in this story really feels like a callback to the horror comics of old, especially DC’s very own House of Secrets and House of Mystery anthology series, which you’ll definitely miss after reading this tale of spirits and murder. Mat Lopes’ colors complement Evely’s pencils perfectly, too. 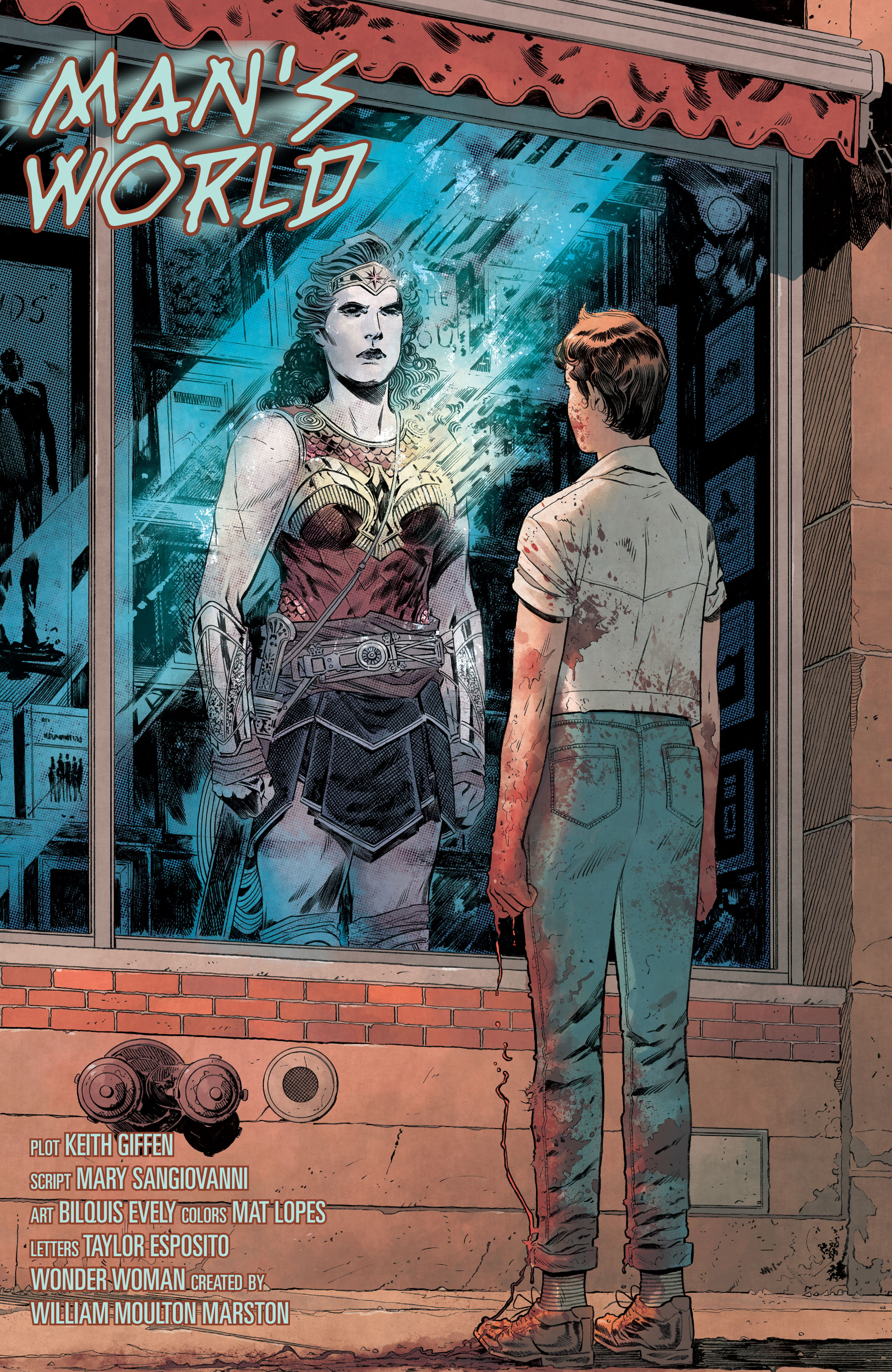 “Unmasked” is another highlight from the special. In this story, Gotham City is under attack by a giant kaiju, and all of its citizens, including District Attorney Harvey Dent, are forced to seek shelter inside of an arena. Little do the Gothamites know that there’s a serial killer locked inside with them. The reveal isn’t so surprising, but the murderer’s preferred method of killing is truly shocking. This story also can’t help but go a little too far. 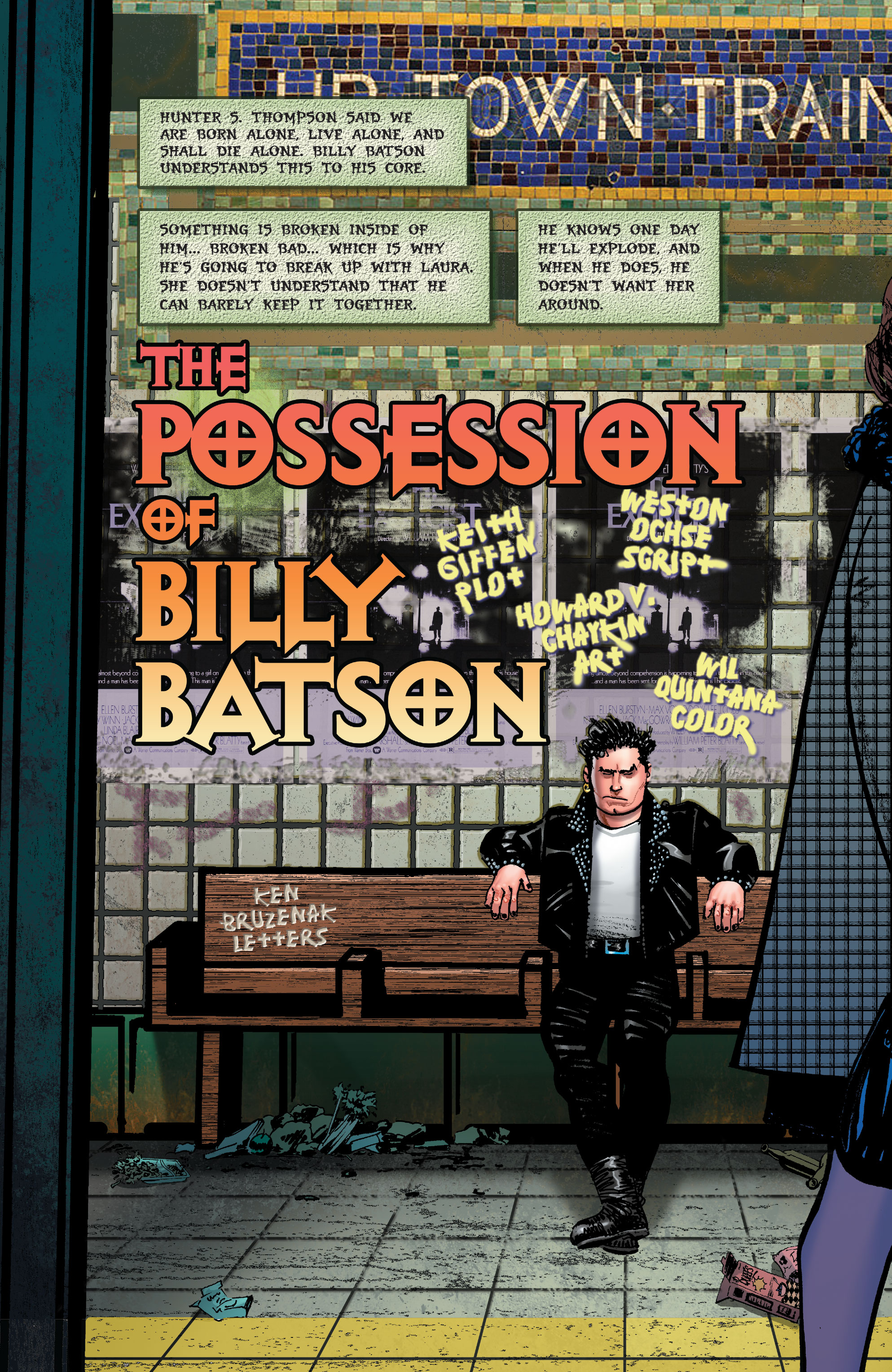 Then there’s the Batman story, “Last Laugh,” by Nick Cutter and Rags Morales. It’s a tale of madness, as Bruce struggles with two sides of his identity. Is Batman real or just a figment of his imagination, a coping mechanism created by young Bruce to deal with the murder of his parents? It’s a tale we’ve certainly read before, but there’s a little twist thrown in at the end that makes this a particularly sweet Halloween treat. And yes, Batman’s old pal, the Joker, shows up for a quick scare. 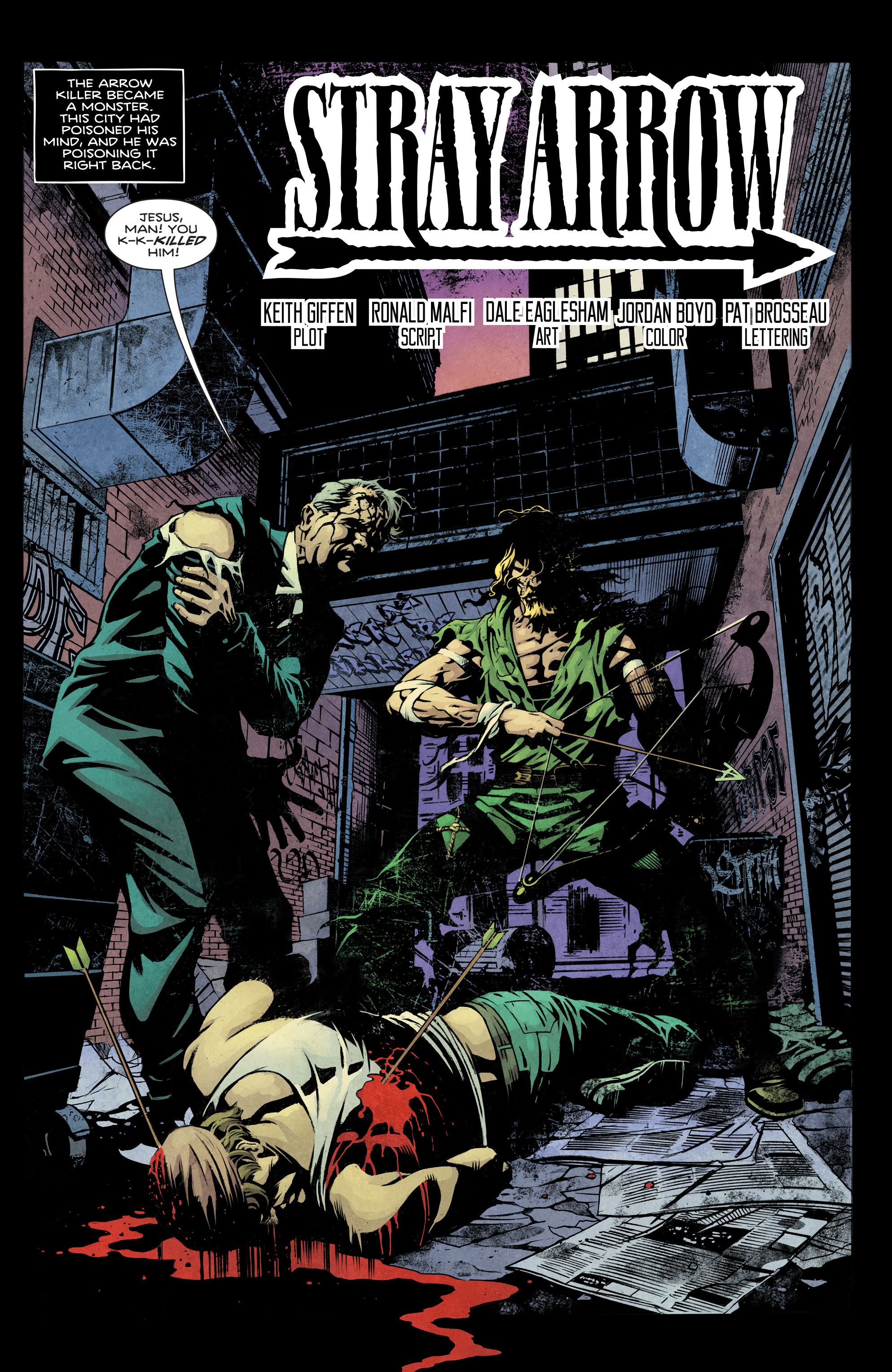 “Blackest Day” is a zombie apocalypse fantasy within the DC Universe. Green Lantern is the only member of the Justice League left standing, after the rest of the heroes become victims of a virus that turns them into flesh-eating monsters. Suddenly, the Flash is chewing on Batman’s intestines and Green Lantern is missing his ring finger (and his ring for that matter). It’s DC via The Walking Dead and a really enjoyable little tale. 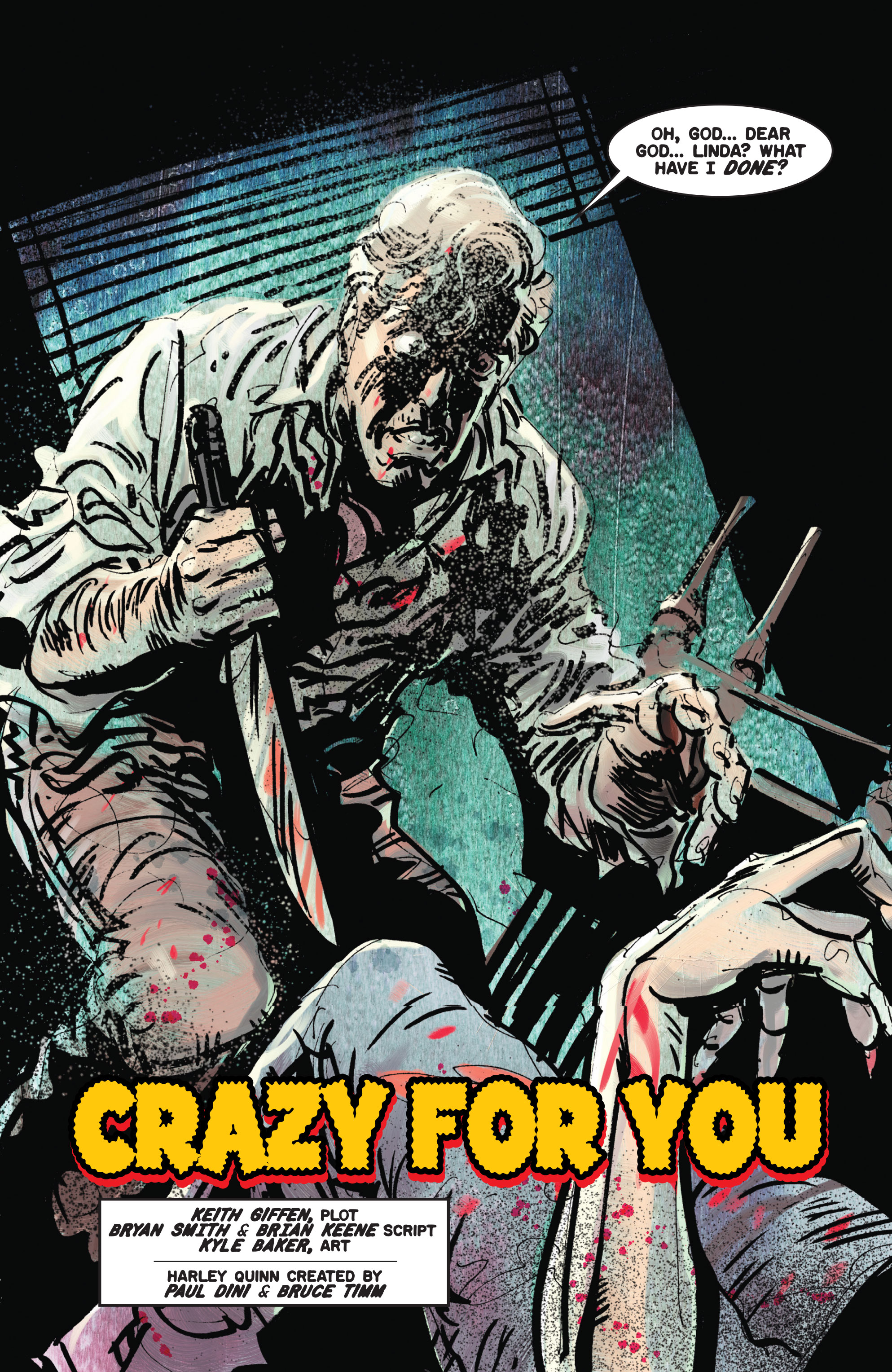 If you’re a big horror fan, you’ll find something to like in DC House of Horror. I can’t say that all the stories were for me, especially the ones that dealt in really violent versions of the heroes, but there’s definitely something spooky about watching Superman, Batman, and their friends turn into what we always feared they might become: monsters. 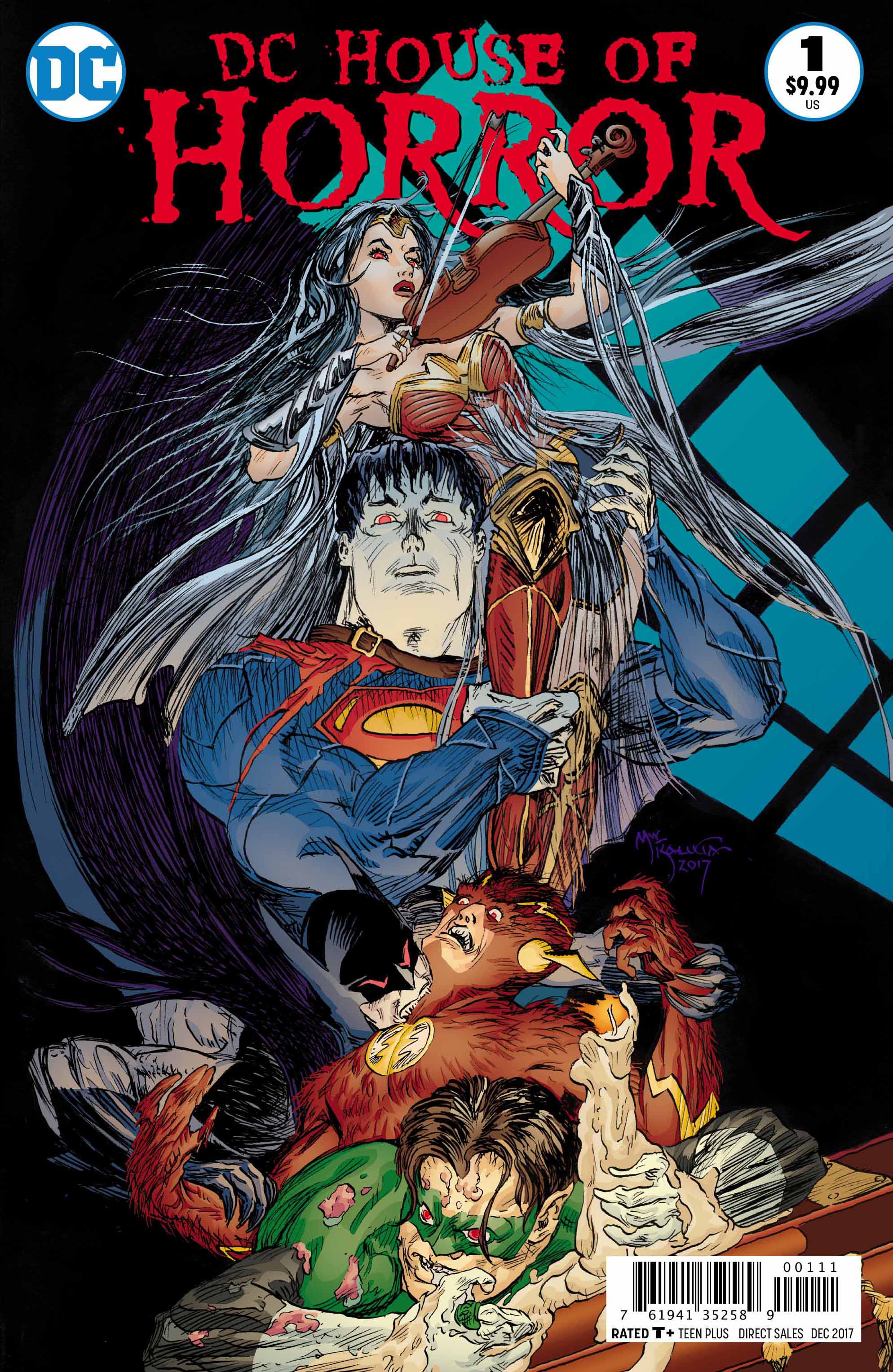 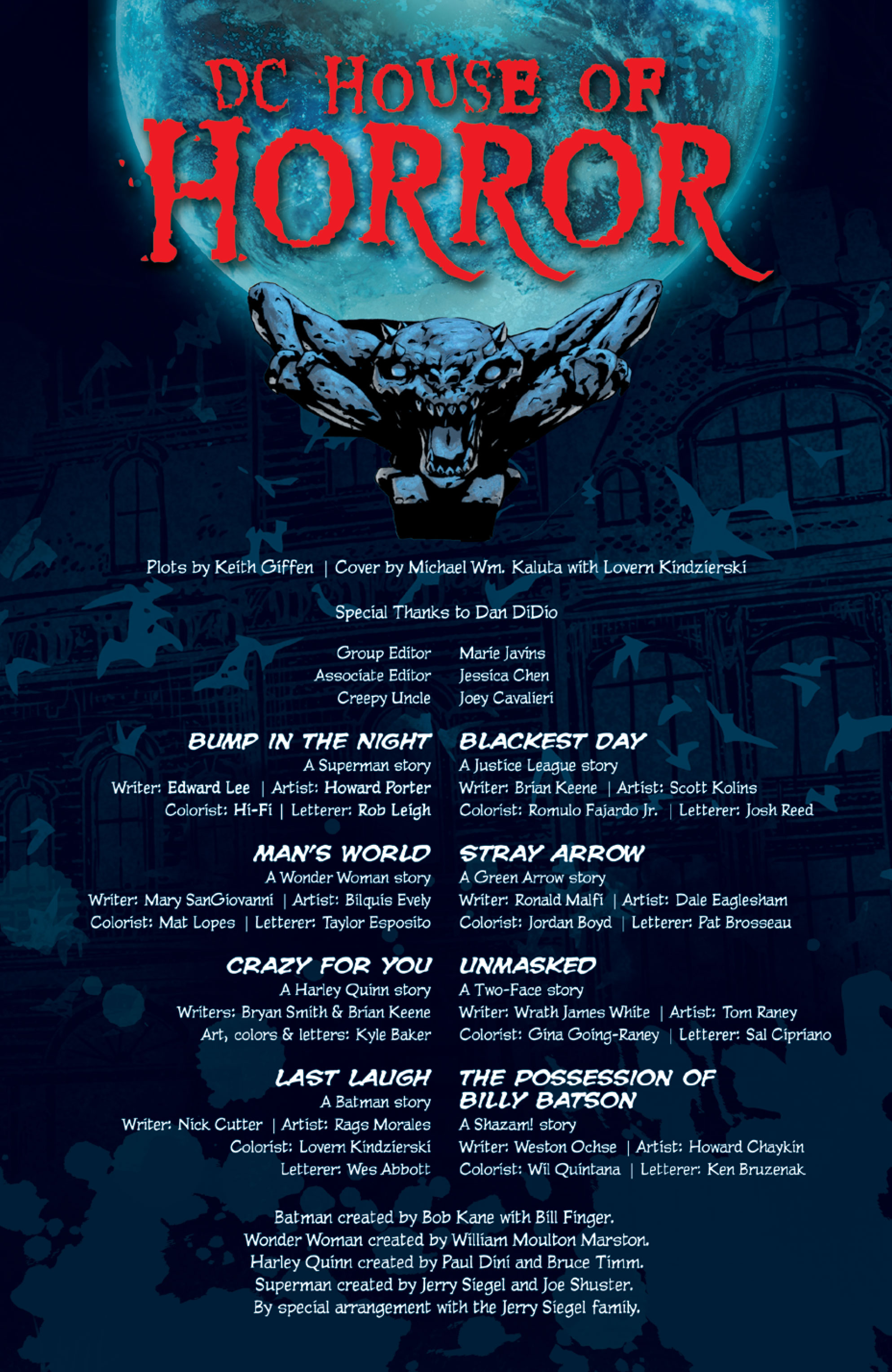