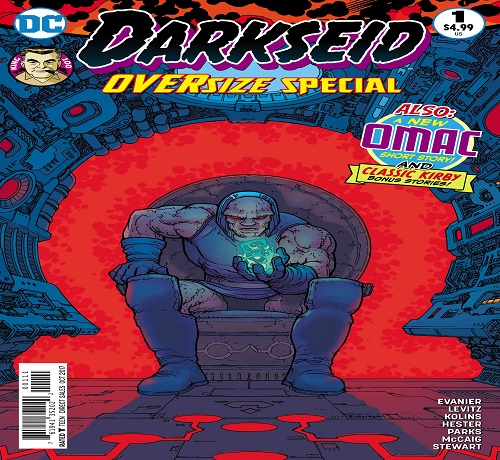 The final tribute to the legendary Jack Kirby, Darkseid Oversized Special #1, turns out to be a great sci-fi tale about tyranny and resistance penned by Mark Evanier and drawn by Scott Kolins. The main story, “The Resistance,” tells the story of a small group of freedom fighters who are fighting to rid Apokolips of the evil Darkseid, the merciless villain of Kirby’s Fourth World stories. 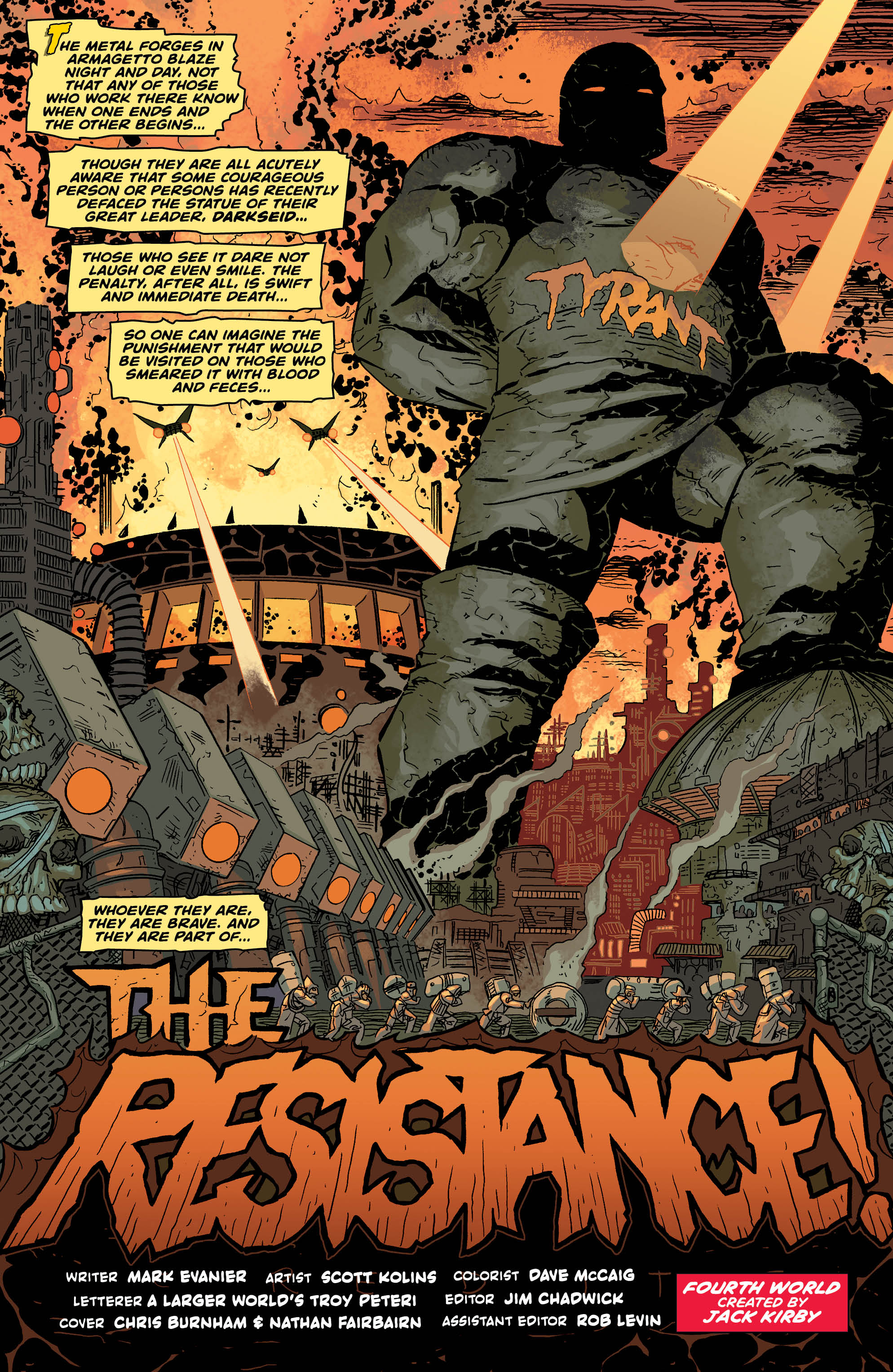 Unlike some of the other Kirby tribute issues, the titular character isn’t really at the center of the story. Instead, “The Resistance” is more about what Darkseid represents than his actual presence, which is sparse throughout the story. To freedom fighter Mikayla, Darkseid represents a thinly-veiled attempt to rule through fear. Mikayla and her companions want to show that Darkseid is as afraid of losing control of Apokolips as his subjects are of him. If all of the slaves and impoverished people of Armagetto were to stand up in revolt against the tyrant, Darkseid’s rule might be irrevocably shaken. 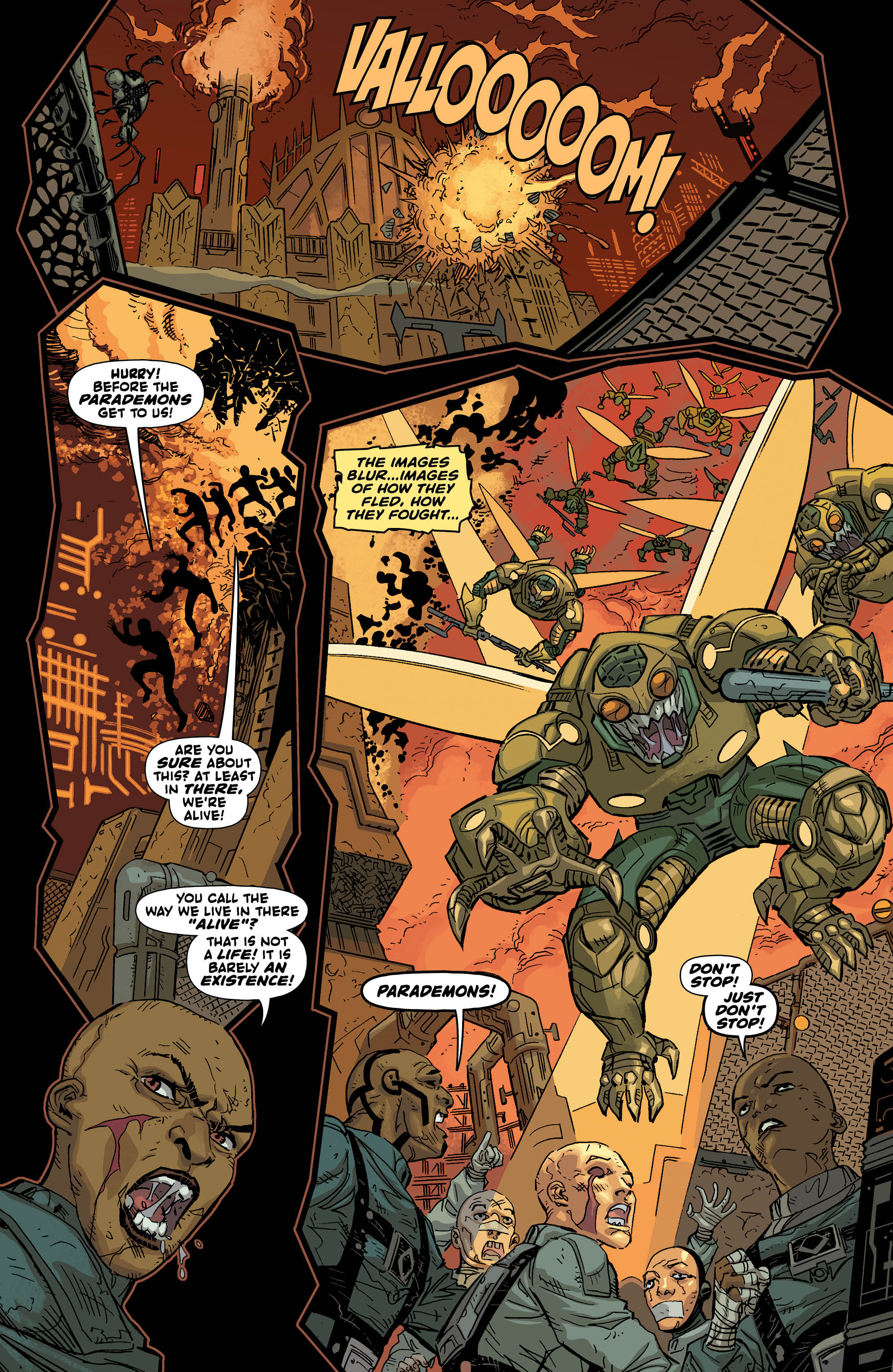 Of course, that’s easier said than done. There’s never really a point in which Mikayla and her comrades are winning. The odds are incredibly stacked against them and there’s a sense from the beginning of the story that sparking a rebellion on Apokolips is more of a suicide mission than a noble cause. But someone has to try, as Mikayla puts it.

The most captivating bit of “The Resistance” is the way Kolins nails the look and feel of Apokolips with his pencils. Armagetto is like a fiery no man’s land full of depictions of suffering. There’s not really an inch of this story that doesn’t portray some kind of suffering. From wide shots of the surface of Apokolips, which is full of slaves and corpses, to the giant Darkseid himself, Kolins overwhelms the reader with his pencils, gets us as close to the hellscape as possible. It’s really no surprise that Darkseid is the darkest Kirby tribute of them all, but some panels will still leave you speechless. I certainly wouldn’t mind a Fourth World book — or one specifically starring the Lord of Apokolips himself, as he quells the rebellion forming on his planet — drawn by Kolins down the line.

With Tom King and Mitch Gerads’ Mister Miracle bringing renewed interested to the Fourth World universe full of New Gods and Apokoliptians, there might perhaps be space for some more books taking place in Kirby’s original DC cosmology. Certainly, King and Gerads have already proven that these characters can still connect with contemporary readers. If there’s something that all of these tribute issues have hopefully proved, it’s that there’s still interest in these bigger DC sci-fi tales. With initiatives like Dark Matter and Young Animal reintroducing old favorites to the DC line-up, it may be time to bring back all of Kirby’s greatest creations in earnest. 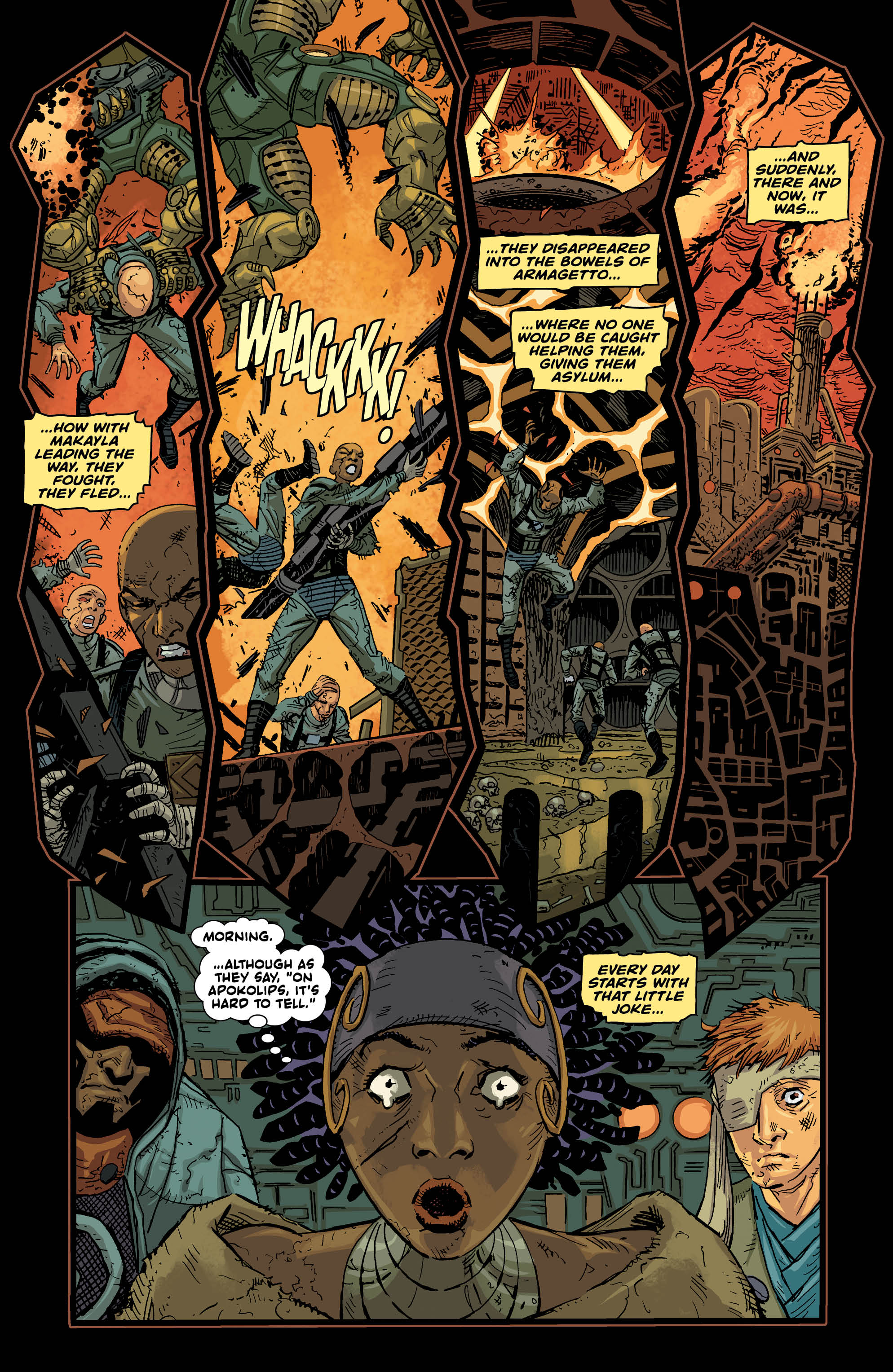 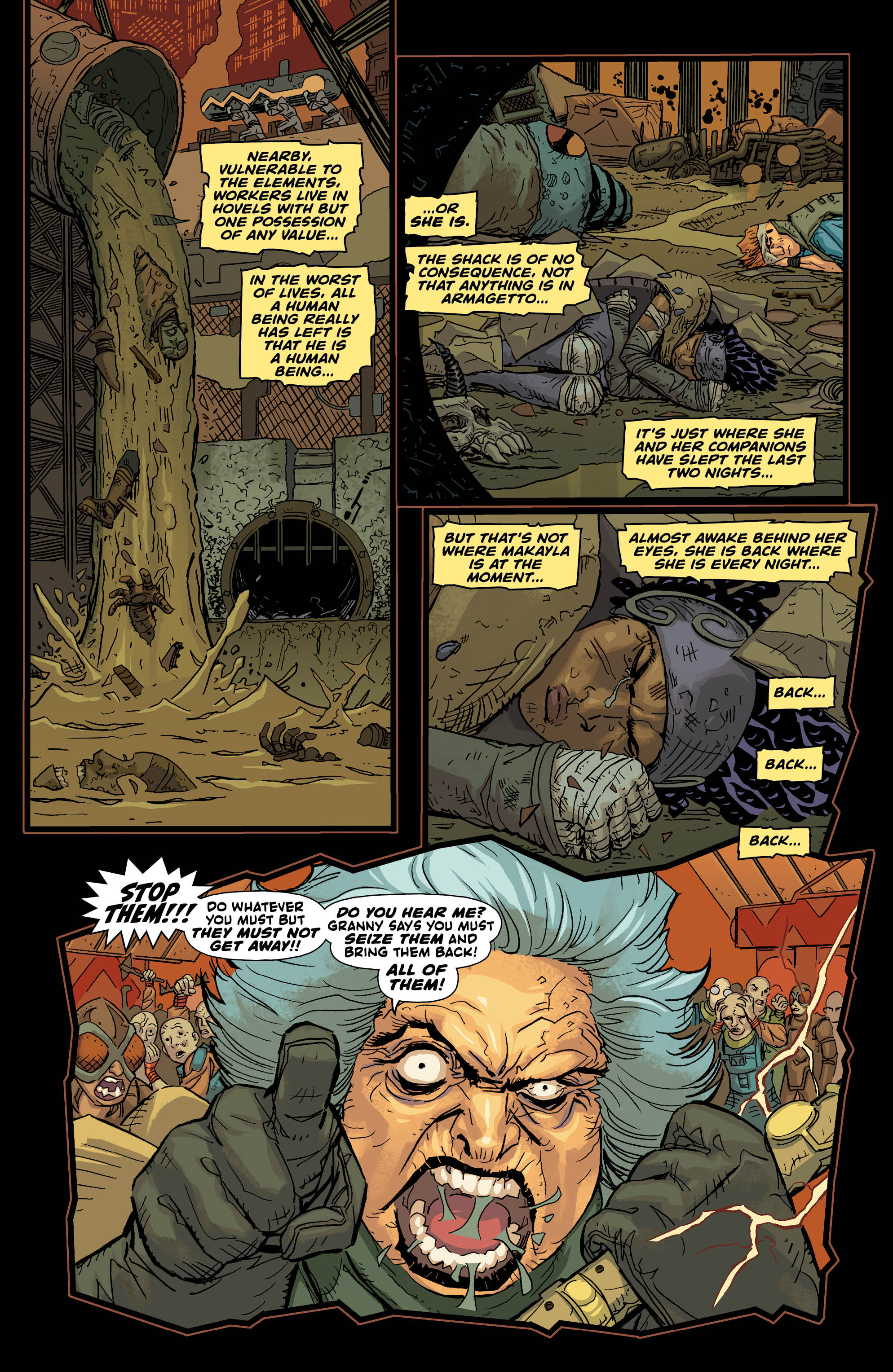 Until that time, I’m just glad we got a whole month to enjoy these beautiful homages to the king of comics. With movies like Thor: Ragnarok and Justice League headed our way, we’ve certainly not seen the last of Kirby’s influence.