All I have to say is "wow". Well, I actually have a lot more to say, but you get what I mean. 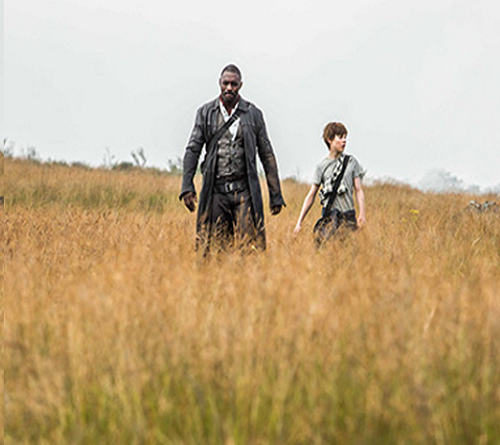 A lot of Stephen King film adaptations are pretty bad, and you know what? That’s fine. Many that miss the mark were based on pulpy short stories, and have to find clumsy ways to take a great idea and make it into a watchable movie. Many of these are silly, gory fun, despite the absence of any substance.

But we’re not talking about just another Stephen King short. We’re talking about The Dark Tower here, a sprawling, fantastic epic, told through thousands upon thousands of pages and dreamt up with such talent that it borders on the obscene. The Dark Tower is distinctive, imaginative, and completely off the wall in the best of ways; King’s beloved (and lengthy) odyssey was never afraid to push boundaries or shock the reader. Throughout his series, a reader is apt to feel pain; one will encounter astonishing feats and malevolent entities. The author coaxes just about every emotion possible out of his audience and is justified in doing so.

The film adaptation of The Dark Tower does none of this. It’s a sterile, boring, derivative waste of an incredible story. And this is coming from someone who openly admits to enjoying the most recent Mummy film!

What makes the film even worse is the presence of Idris Elba, who actually seems like a perfect fit for the character. After all, if you can’t get Clint Eastwood for Roland Deschain, you may as well not even try to get a lookalike – and an actor as powerful as Elba seems as capable as any way to play the Gunslinger. Yet he is the only one in the entire film who has any sense of believability, and even that tends to crack at times as he appears disillusioned with the stale dialog and overall direction of what’s going on around him; there were a number of times where I felt like I could hear the actor thinking “Can we please get this nightmare over with, already?”

It’s incredibly disappointing to see such a talented actor seem so defeated. His comradery with Jake Chambers (Tom Taylor) feels absolutely forced, but I’m not going to blame Taylor for that. I’m going to have to instead point a finger at director Nikolaj Arcel. Taylor is not the weak link in the film – every supporting character is, and when things like that happen, it’s hard to imagine that the entire cast is incapable of acting.

The story is condensed into a mere hour and a half, which is barely enough time to tell a story that depends on its deep character work. The effects look shoddy, and the entire film has the stylings up a higher-end SyFy Original. Idris Elba manages to kick some ass, sure, but by the time he does, it’s much too late, and by this time McConaughey’s monotone has caused so many unintentional laughs that it’s not even worth the CGI bloodshed.

But what really, really makes me aggravated is the ending. It’s one of those films where the climax happens and everyone just goes home. The end, goodbye, the movie’s over. I actually could not believe my eyes as the credits started to roll – how could that have actually been the ending? Arcel seemed to say, “Okay, story’s done, I don’t know what to do at this point so let’s just end the movie with characters eating hotdogs. No one will notice. The audience is stupid, remember?”

It could have been done. The Dark Tower could have been great. It just wasn’t. This is what happens when people without a passion for the core story get involved with something very near to people’s hearts. It’s insulting, it’s frustrating, and worse, it’s just clearly a lazy attempt to make a quick buck off of an inventive series that enriched so many people’s lives for so long.

The Dark Tower has done Stephen King an incredible injustice. I hope there will not be a sequel, but I won’t be surprised if there is. Maybe someone who actually respects the story should try another crack at it in a few years. Now don’t talk to me for a little bit; I’ve got to go and reread The Gunslinger and forget this disaster ever happened.