Dark Nights: Metal #2 Review By John Saavedra   Batman is at his very best when he’s outsmarting everyone else, whether it be his rogues gallery, a cosmic threat,...
by John Saavedra September 13, 2017 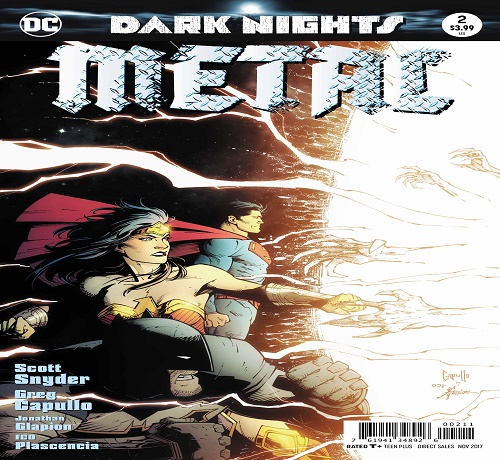 Batman is at his very best when he’s outsmarting everyone else, whether it be his rogues gallery, a cosmic threat, or his Justice League friends. Scott Snyder always writes Batman like he’s the smartest man in the room, and that’s on display again in Dark Nights: Metal #2. Batman has stolen the most dangerous weapon in the universe and it’s up to Superman, Wonder Woman, Green Lantern, Cyborg, and Aquaman to catch him before it’s too late. Of course, it’d be easier to catch pretty much anyone else on the planet. 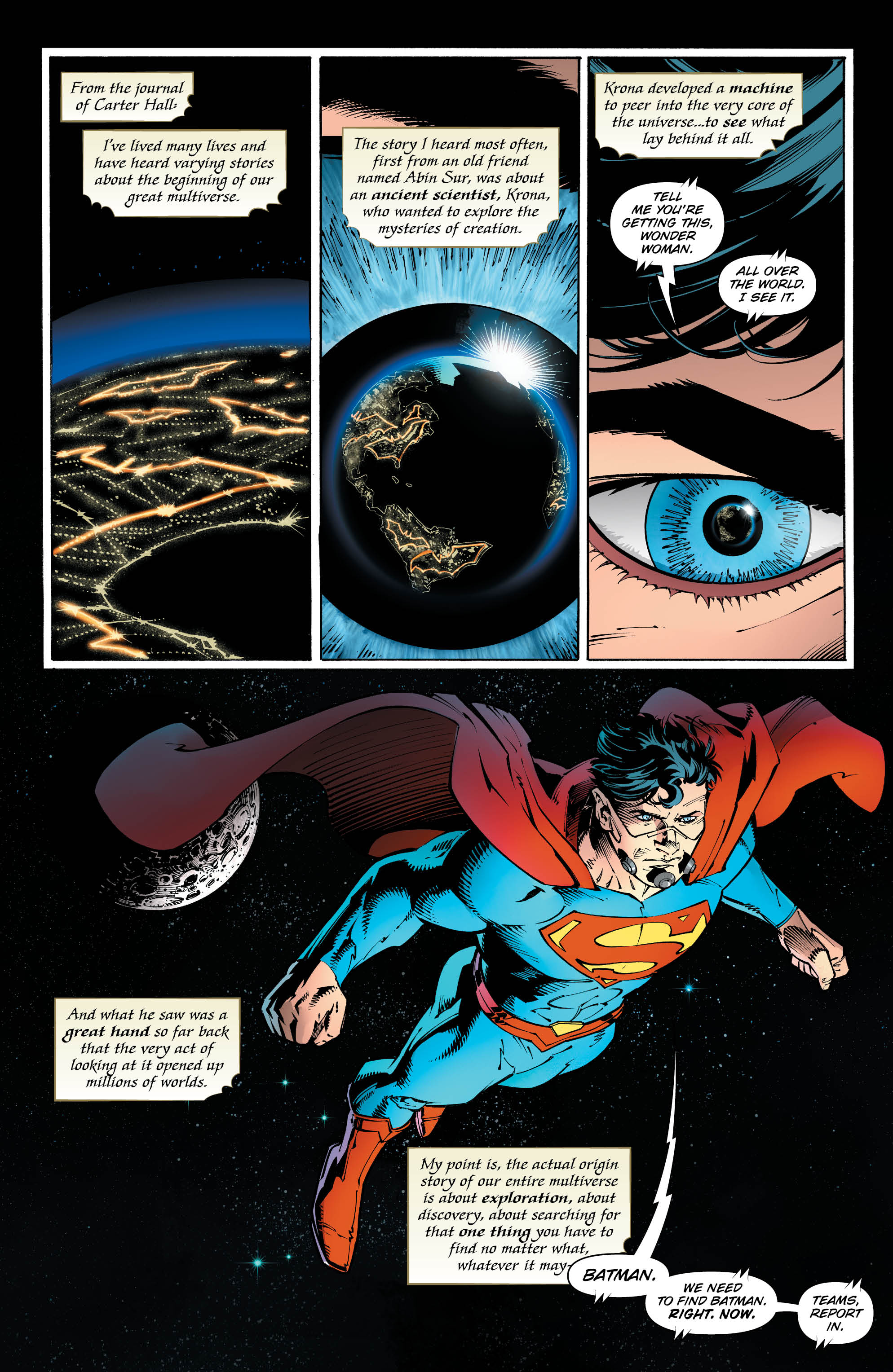 The opening pages of the issue are particularly fun, as the Justice League spreads out to find their comrade, who believes that he has to solve the mysteries of the Dark Multiverse on his own. Batman thinks this is his cross to bear because an evil entity from his past is at the center of the new evil that threatens to engulf Gotham City and the entire planet. 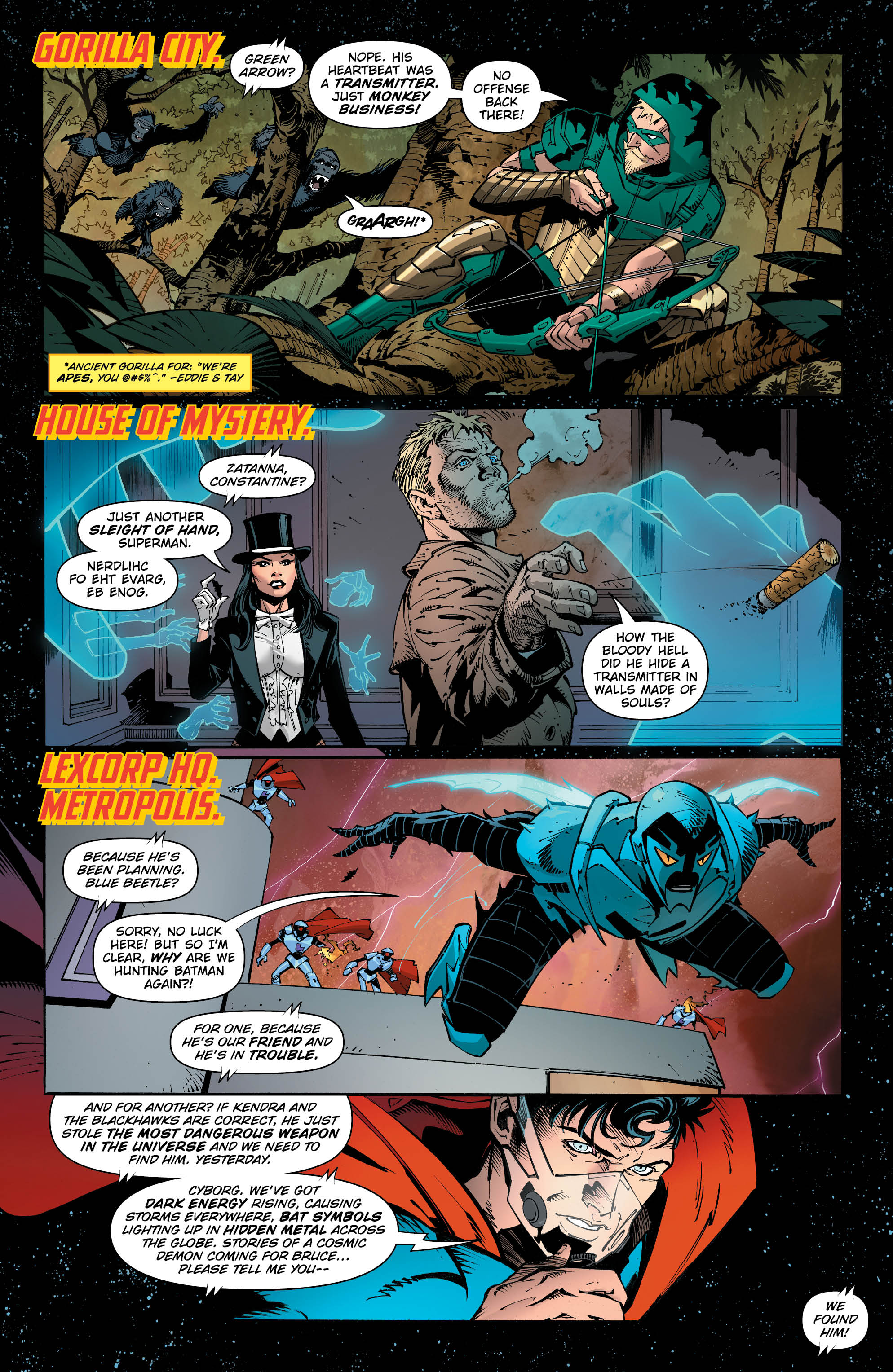 I really like the callbacks to past runs of Batman so far. There are bits that go all the way back to Peter Milligan’s “Dark Knight, Dark City” storyline from 1990 and to Grant Morrison’s seven-year run on the character in the 2000s. Snyder, being a lifelong fan of the Dark Knight, has certainly done his homework and spins a complicated web about Batman’s past as well as what could very well be his fate. Dark Nights: Metal certainly feels like the conclusion to things Milligan first suggested more than two decades ago. (In fact, if you want some suggested reading, go check out the Dark Knight, Dark City trade before you begin Dark Nights: Metal. If you’re feeling really ambitious, give Morrison’s bonkers run a try, especially The Return of Bruce Wayne limited series.) 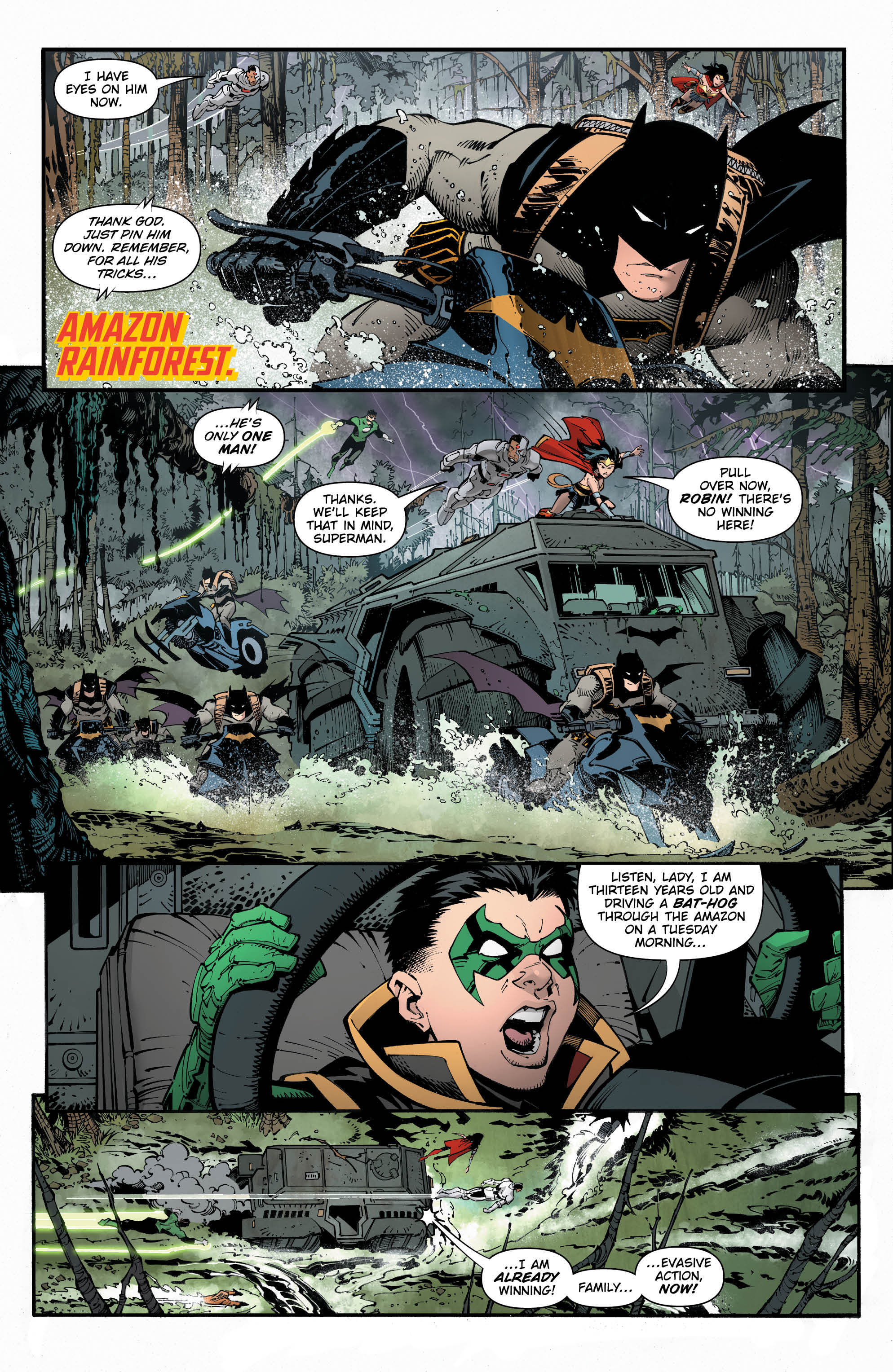 Bringing Snyder and Greg Capullo together in 2011 was a genius move by DC, and that partnership totally continues to pay off in 2017, as Dark Nights unleashes some of their best work yet. At this point, Snyder and Capullo are one person. There process has always been a bit more collaborative than simply “I write, you draw.” Of course, you can see where each creator’s sensibilities take over — Snyder with his elaborate set pieces meant to stump Batman, who always finds a way out, and Capullo with artistic flourishes that at once seem at home in Batman: The Animated Series and at other times go full horror. 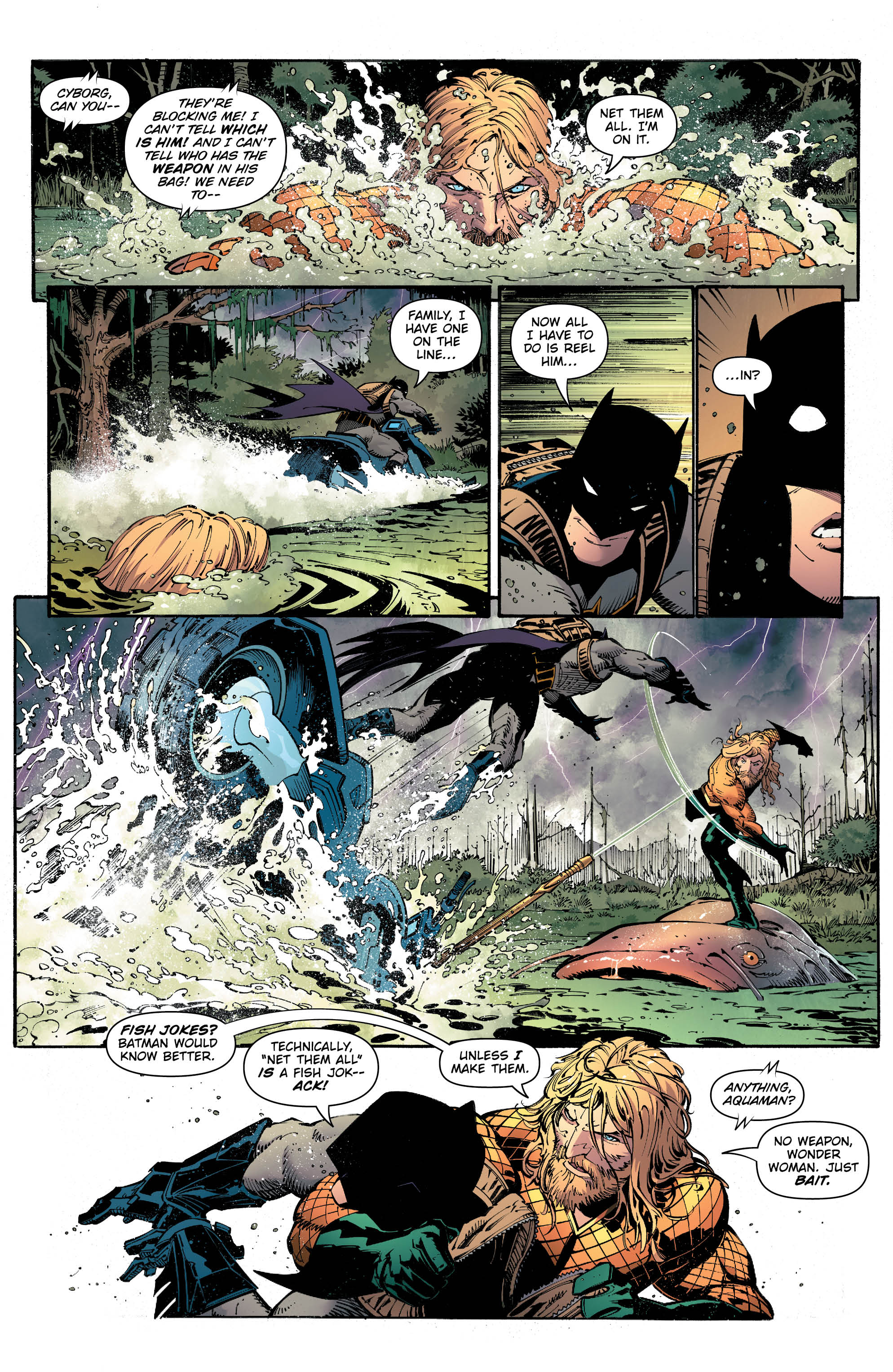 As Capullo once told me during an interview at New York Comic Con, he loves drawing monsters, whether it be a faceless Joker or a giant kaiju Bloom. In issue two of Dark Nights, he gets to do some of his best monster work yet. It’s not really a spoiler to say that this event will introduce alternate nightmare versions of Batman, including the Batman Who Laughs, who is modeled after the Joker and is absolutely terrifying. We get our first glimpse of these Bat-monsters in this issue and the reveal is totally worth it and unexpected. Still, I wish DC hadn’t already shown the character designs on the internet. I shudder at the thought of how scary the Batman Who Laughs would have been had I not known he was coming or what he looked like. 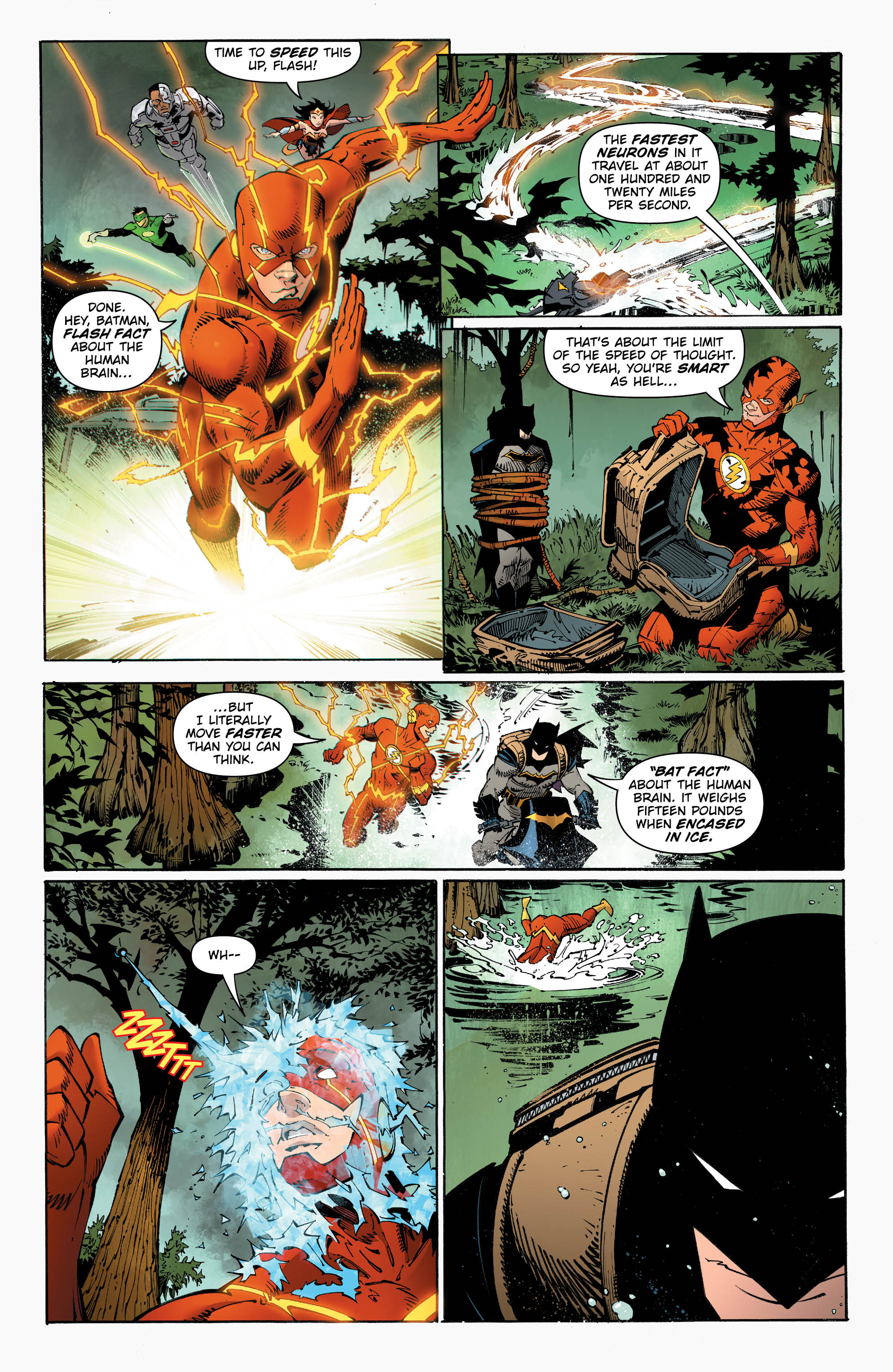 Dark Nights: Metal #2 is another great effort from Snyder, Capullo et al. This is turning out to be a daring event series that has already introduced plenty of new elements to the DC Universe while still having time to flesh out what’s come before. If that’s not the spirit of Rebirth, I don’t know what is. 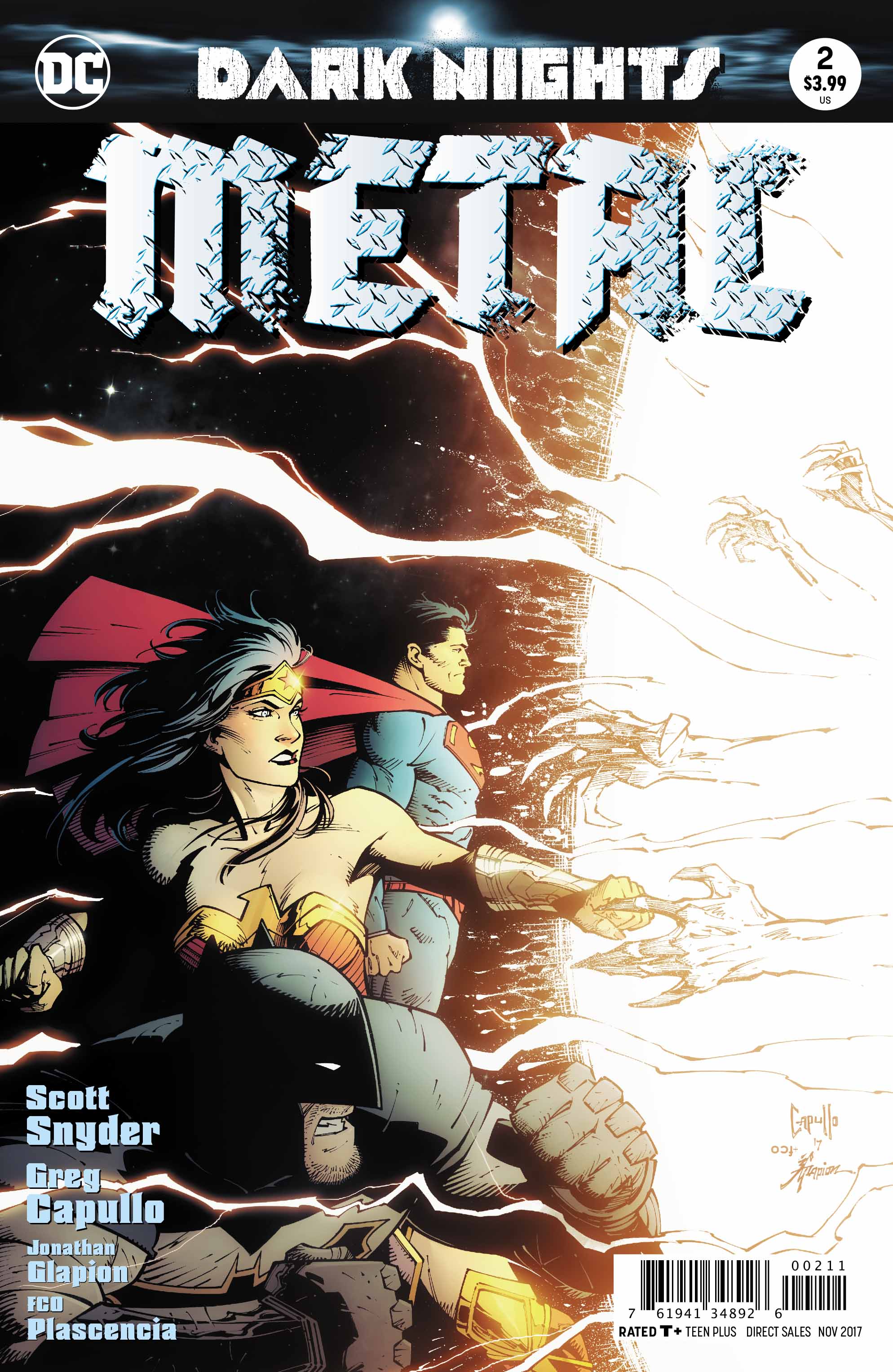 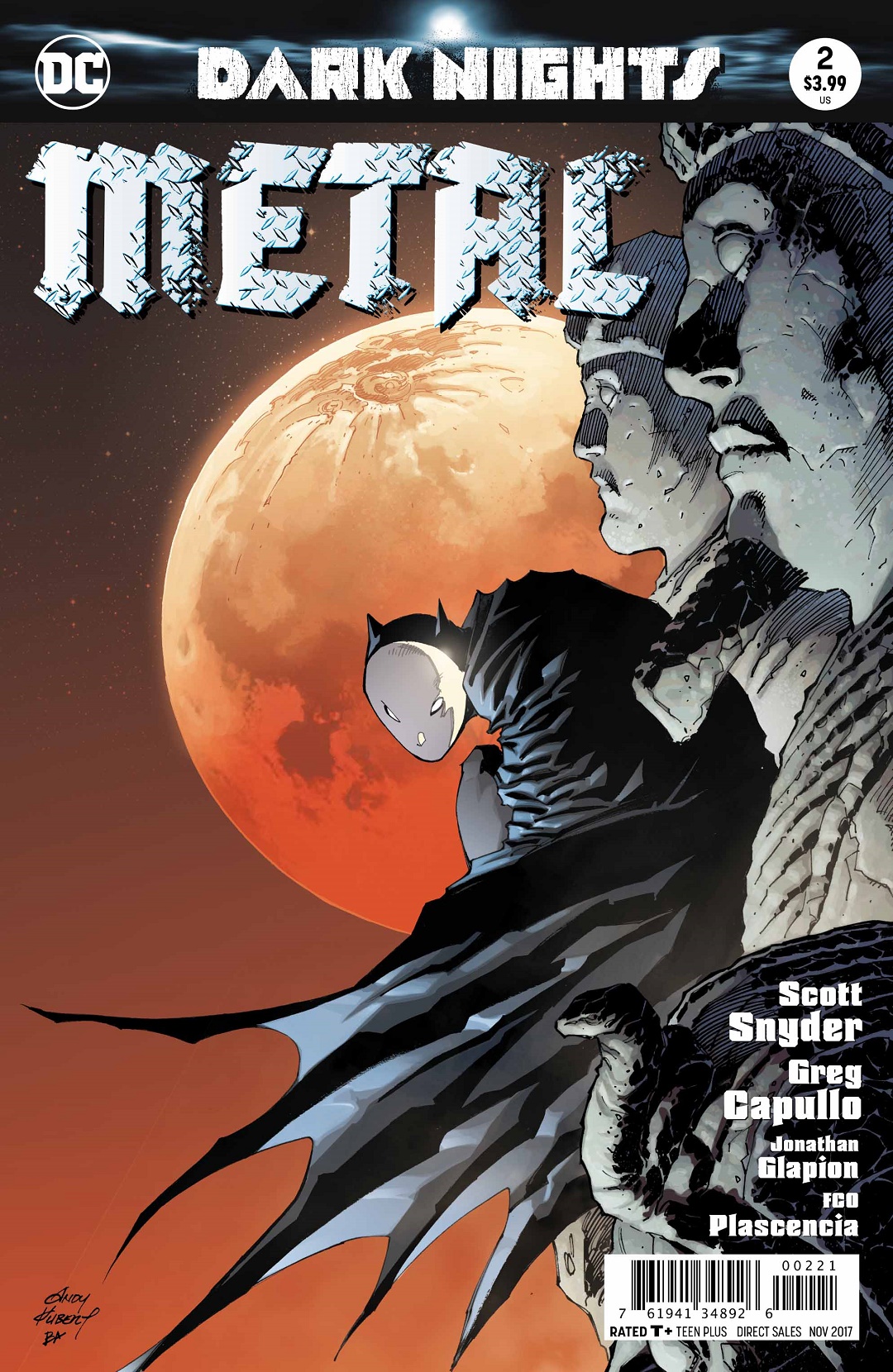