Dark Days: The Forge #1 Review By John Saavedra @johnsjr9   Scott Snyder’s “Batman” is regarded by many as one of the greatest runs in the Dark Knight’s history. Full...
by Guest June 14, 2017

Scott Snyder’s “Batman” is regarded by many as one of the greatest runs in the Dark Knight’s history. Full of over-the-top action, poetic storytelling, and a message of hope, his “Batman” offered something just a bit different from the usual gritty, post-Frank Miller takes on the character. The Batman of the New 52 was an inspiration to the people of Gotham, not a threat. You could even argue that for the five years the New 52 existed, Batman fulfilled Superman’s traditional role as hope and savior, while the Man of Steel went through a few questionable “dark” years.

After almost a decade of writing Batman stories – Snyder made his Gotham debut with an excellent run on “Detective Comics” – his days of writing the character are almost up. That’s according to Snyder, who said in an interview with Newsarama recently that the culminating arc of “All-Star Batman,” which he’s working on with the brilliant Sean Gordon Murphy and is due out later this Fall, will be his last Batman story. 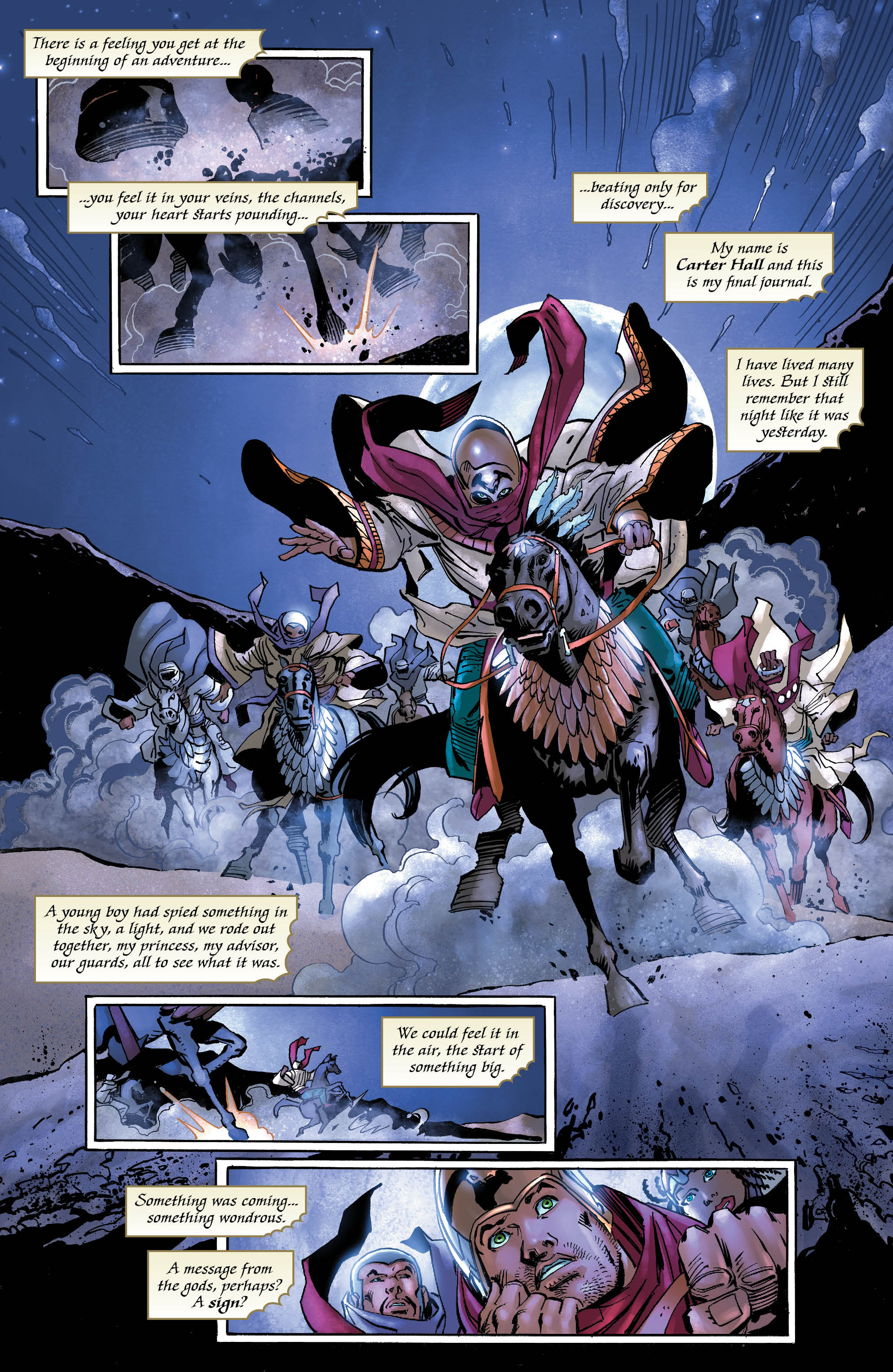 “Dark Days: The Forge” #1 is the beginning of the end. Snyder’s never been shy about swinging for the fences, so it’s no surprise that his Batman stories were part of a master plan to introduce an entirely new DC multivese, one made up of dark matter, new threats, and the most rock n roll version of the Justice League ever put on the page. “Dark Days” opens the gates to the Dark Multiverse. 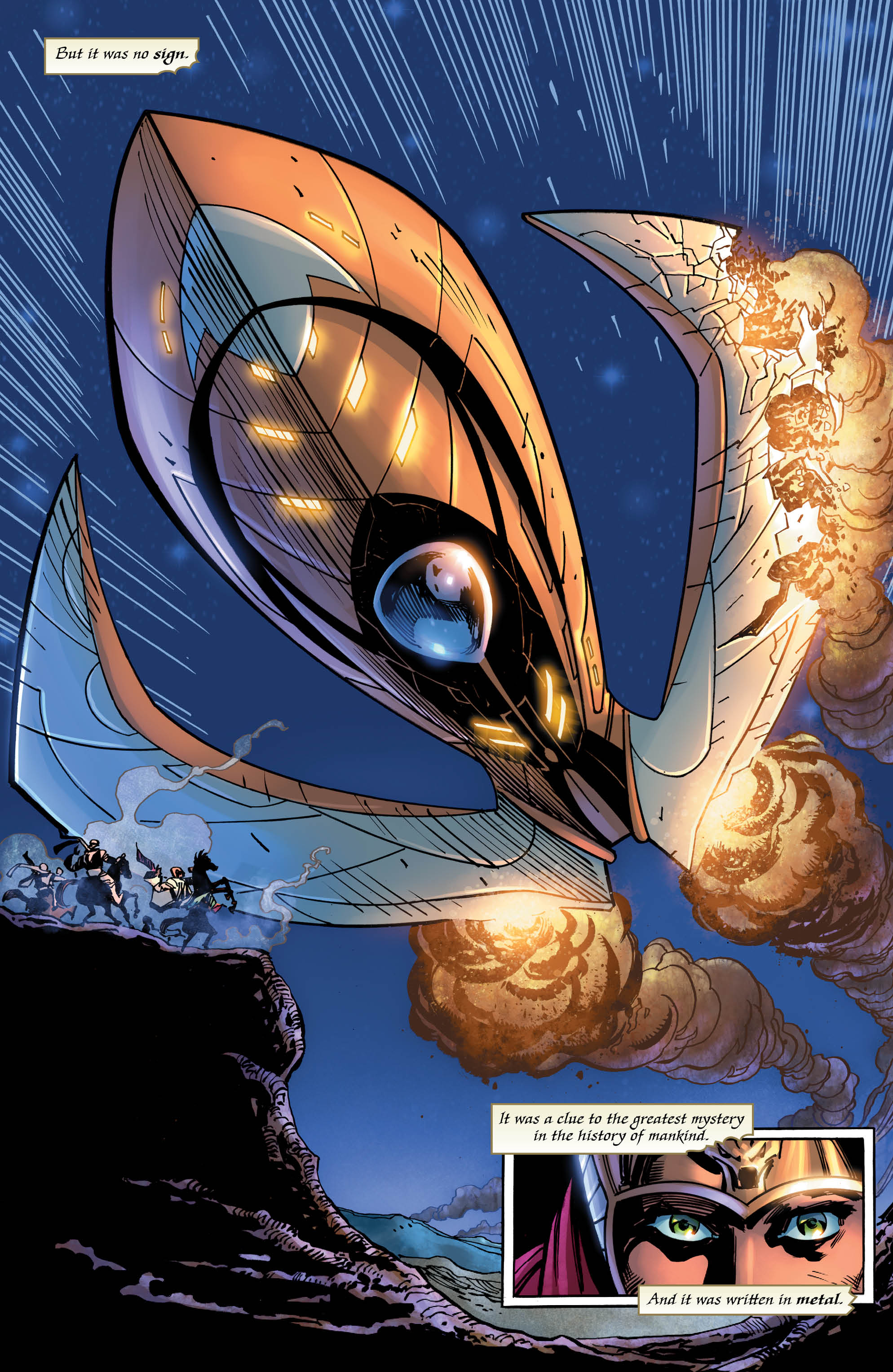 While Snyder is the architect of the multiverse-spanning story in “Dark Days,” James Tynion IV is on scripting duties this time around. But you can barely tell the difference. Tynion introduces a captivating mystery with lots of moving pieces and characters and doesn’t miss a beat as he jumps from one part of the story to the next. Brief moments of exposition give way to more pieces of the puzzle. 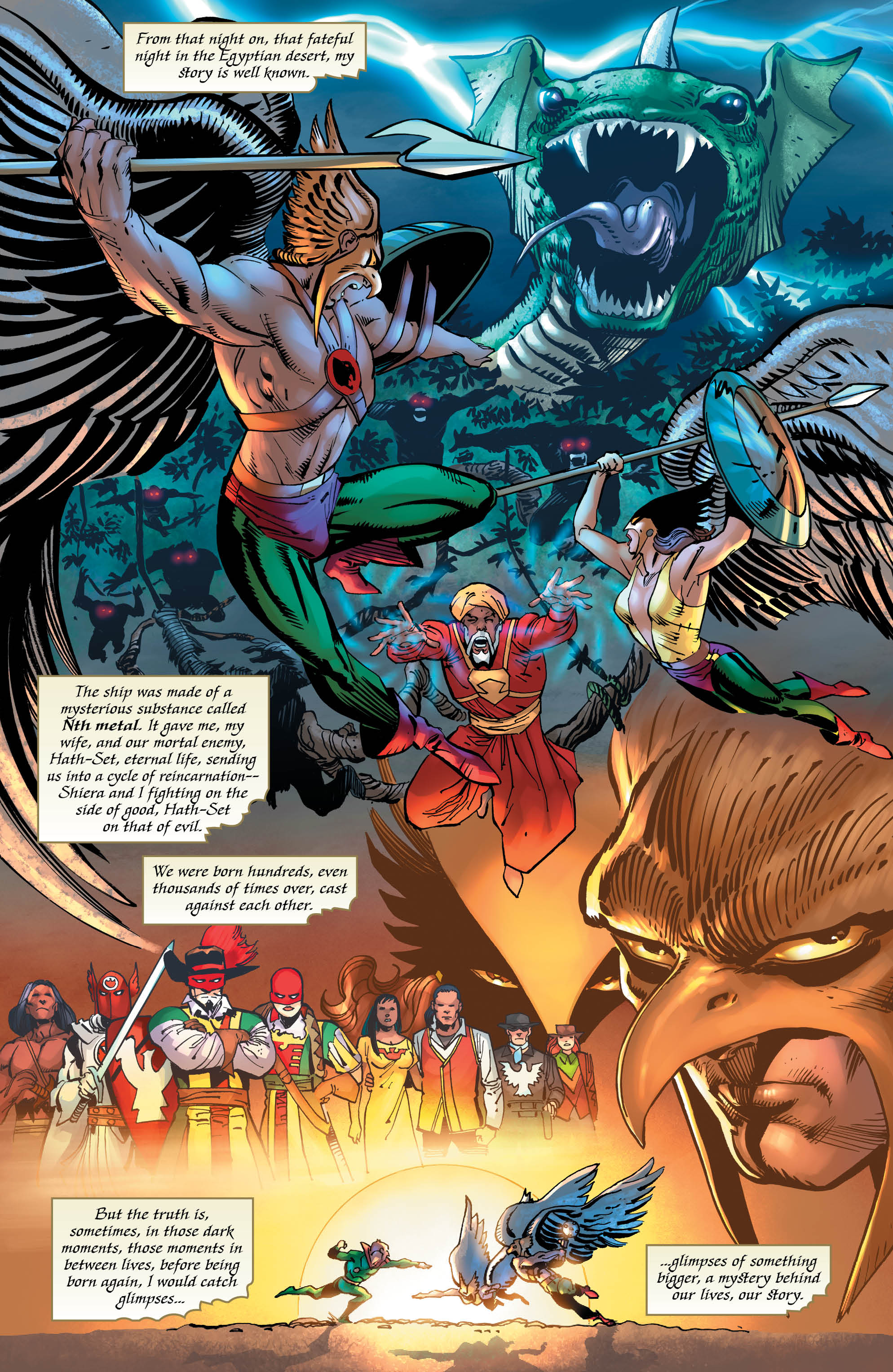 Tynion has his work cut out for him setting up Batman’s greatest mystery, which involves the origin of Nth metal, the element that gives Hawkman his powers. It turns out that Batman’s been investigating Nth metal for years, after traces of it are found during several of his cases, and he’s using Carter Hall’s old journal to chase after the answers. 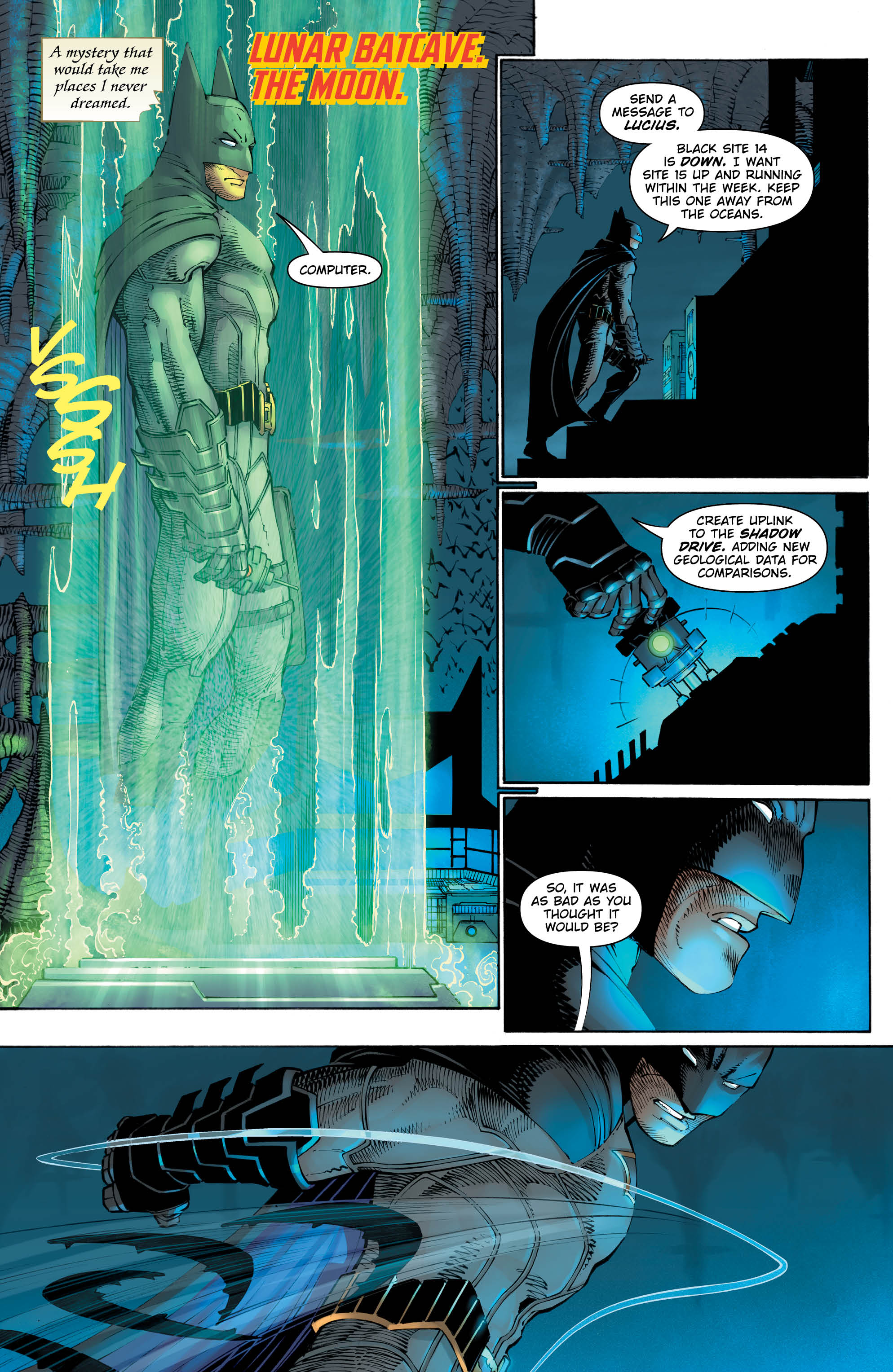 While there’s a lot going on, “Dark Days” is surprisingly accessible. In the past, DC’s had a pretty hard time delivering entertaining event books that cater to both hardcore fans and newer readers. (2015’s muddled “Convergence” event comes to mind as a particularly painful example.) But “Dark Days” doesn’t forget that it’s the start of Rebirth’s first major event. New readers should have no problem jumping in. That said, knowledge of Snyder’s “Batman” stories will certainly enhance your enjoyment of this book.

The tone in “Dark Days” varies a bit, from adventure to sci-fi to horror, which isn’t all that surprising since there are multiple characters following different threads of the mystery. One section of the book is surprisingly spooky in a way only Snyder can set up and Tynion hits all of the right notes in his writing. 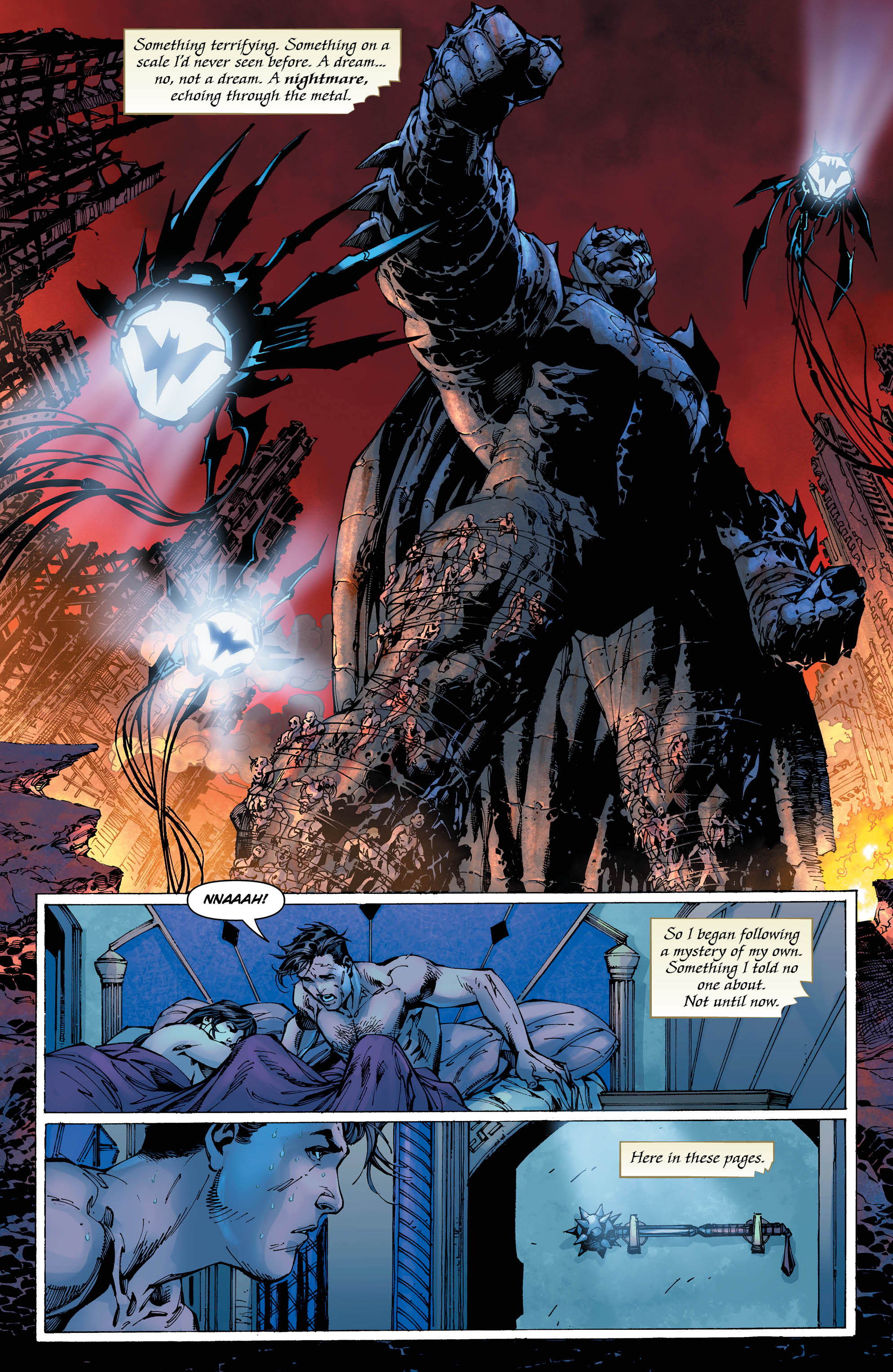 The art is a bit less consistent. “Dark Days” is drawn by three different artists – Jim Lee, John Romita Jr., and Andy Kubert – and each takes a different part of the story. While some parts flow seamlessly from artist to artist, some jumps are a bit less successful, and the visual inconsistencies bring down the experience somewhat. That said, all of the artists shine in their own respective sections. These are three legends and their pencils do not disappoint. 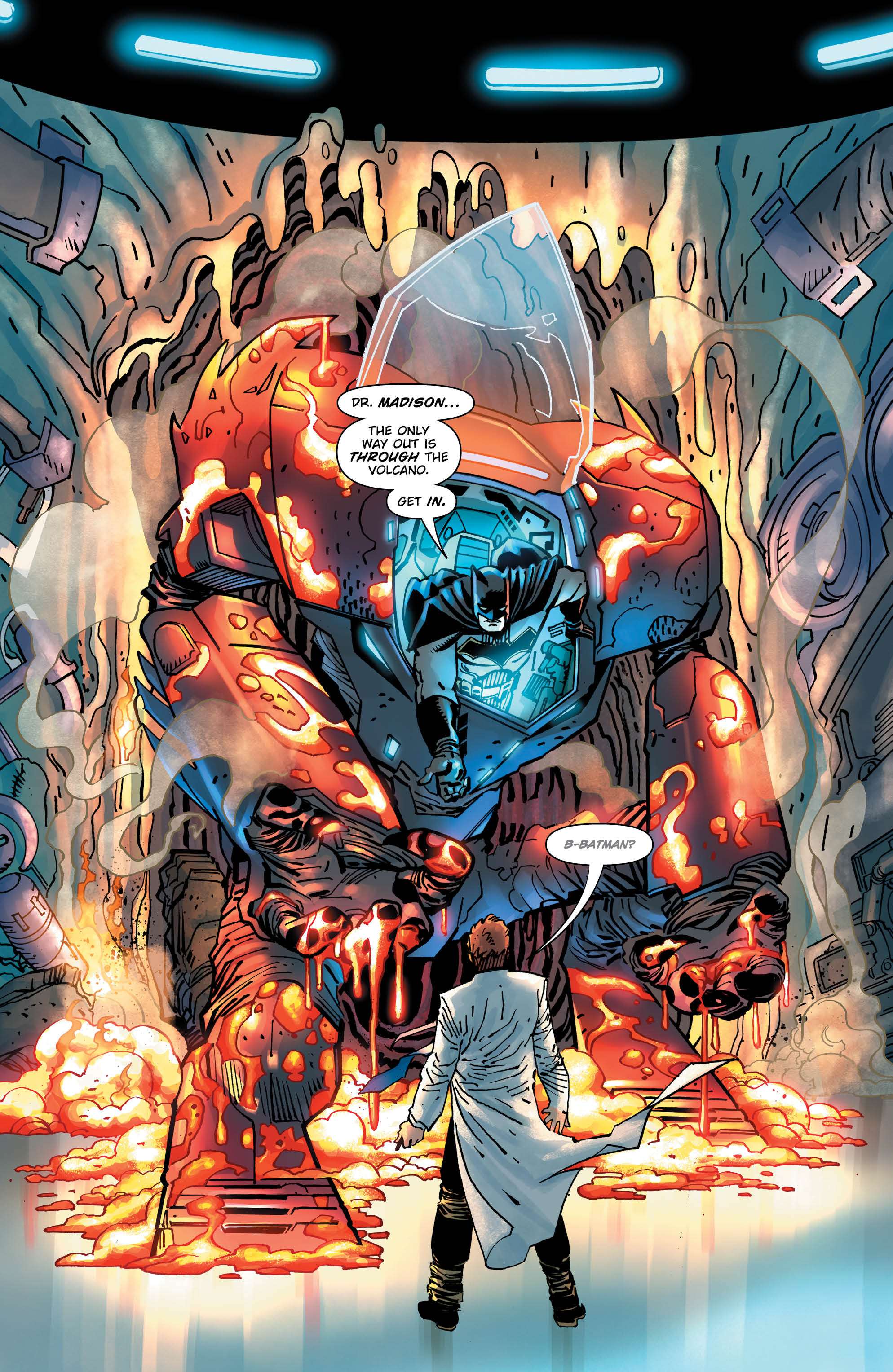 Jim Lee’s pages are particularly inspired. His excellent cover is recreated within the book, and it’s immediately shocking and gruesome. Yes, those are human bodies tied to that Batman statue.

A lot has to be said about the book’s colors, too. Alex Sinclair and Jeremiah Skipper do a great job of bringing the book to life, playing with light and darkness. The Fortress of Solitude is dressed in an almost blinding shade of blue while the Batcave is drenched in oppressive blacks. Overall, the book is quite nice to look at.

By the end of “Dark Days,” we’re left with more questions than answers. Despite the fact that the story moves along quite quickly, we’re only given a glimpse of where the mystery might lead. Still, this prelude to “Dark Nights: Metal,” the miniseries that Snyder’s work has been leading up to all along, does a great job of setting up this new multiverse and the darkness that lies in wait.