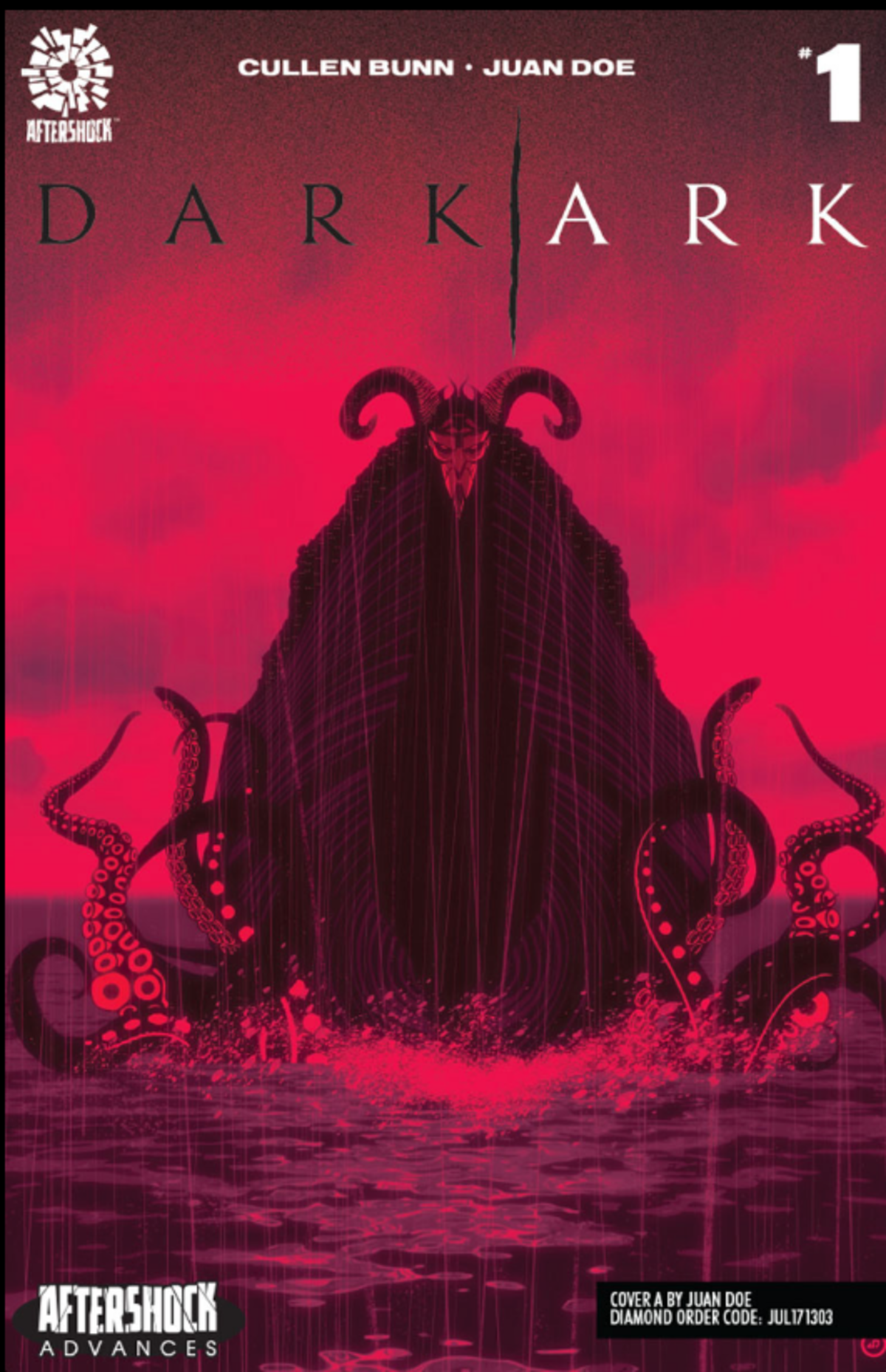 We all know the story of Noah and the Ark 40 days and 40 nights Noah and animals two by two entered an ark while the work was flooded and destroyed. In Dark Ark, we see that there is another ark filled with creatures that go bump in the night. This ark is full of creatures and mystical beings from the Un-natural world trying to survive in the flooded world. The man in charge of the ark is named Shrae who is tasked with keeping these monsters and magical beings alive as well as making sure that the creatures don’t attach the “other” ark. 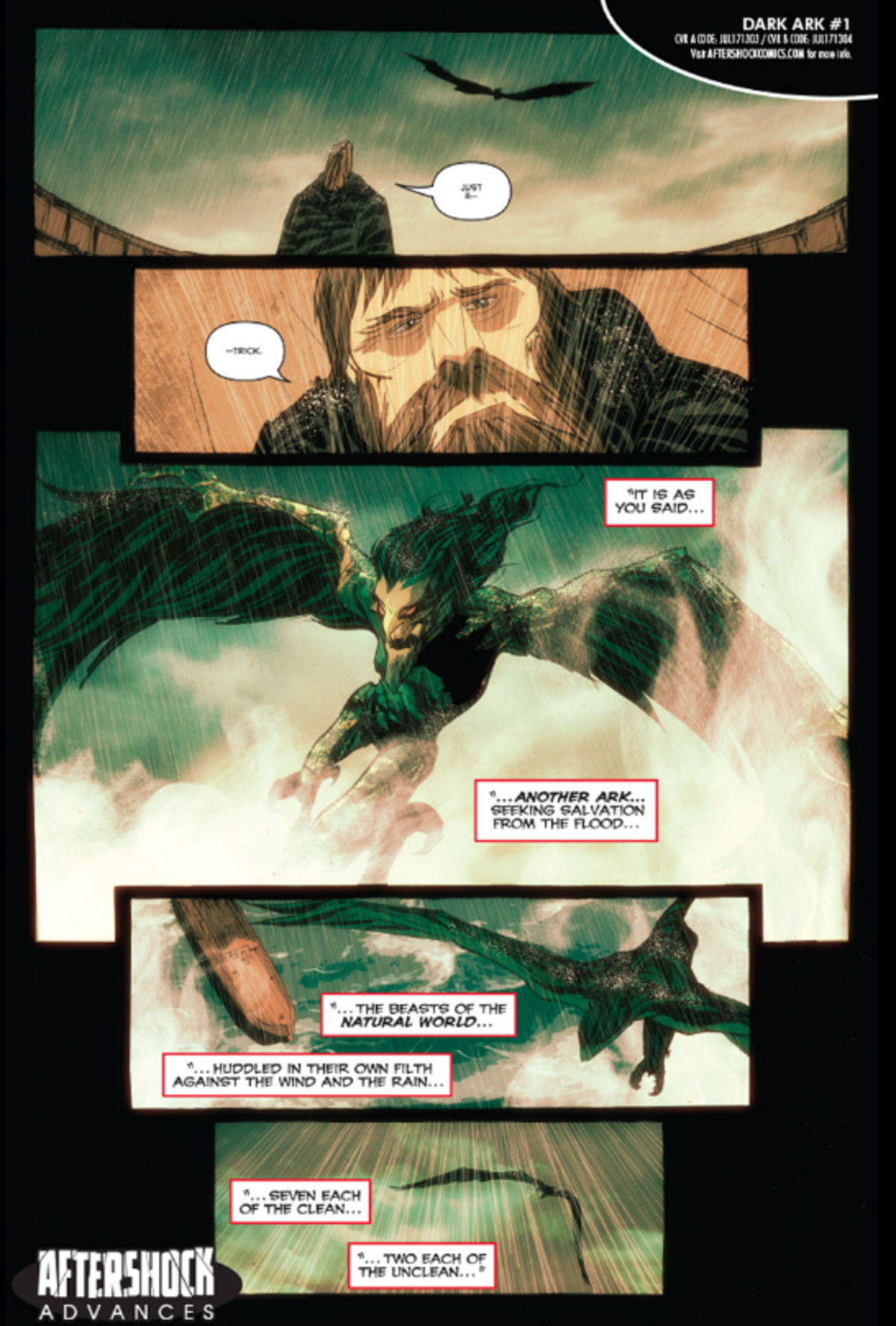 Through the issue we see the beasts interacting with one another hungry we meet Shrae’s daughter Khalee who is tending to people who are to be sacrificed. While she is tending to the sacrifices, she chases away a beast named Kruul who seems to be obsessed with one of the sacrificial people named Janris.  The beasts are getting angry and hungry it seems there are tensions which could explode as the journey continues.  Shrae has done terrible things him being captain of the ark of the underworld will allow his penance for the deeds he has done.  We can see that the tension may boil over will it be Shraes family or the beasts that betray him. 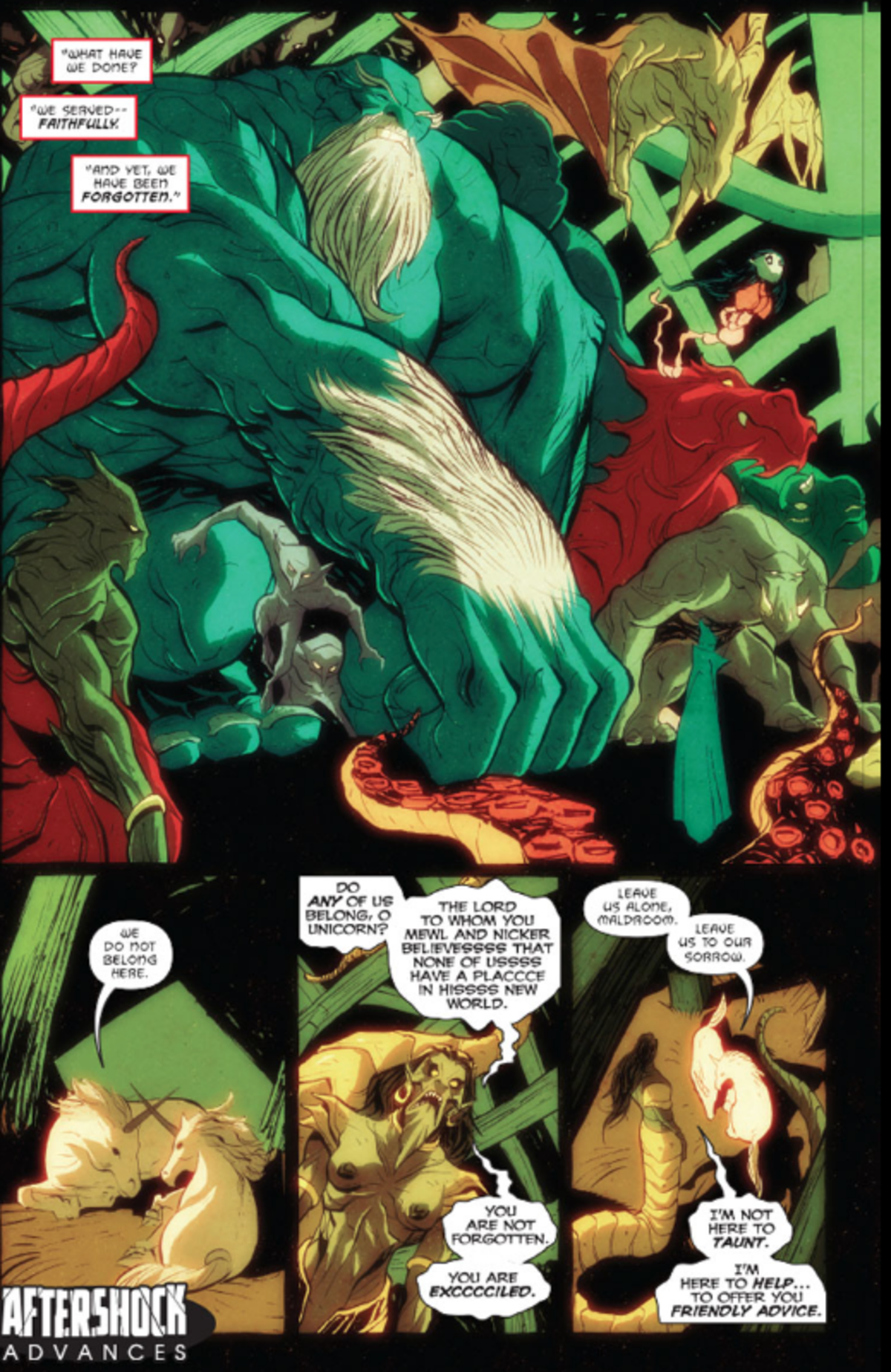 Another fantastic new series from AfterShock comics starts with Dark Ark. Dark Ark #1 gives all the elements of a great series, excellent plot great pacing and filled with tension that at any moment will boil over and destroy this ark and possibly the “other” ark.  Dark Ark is Cullen Bunn at his finest giving us another take on a story that we all know flipping it with scary creatures and even scarier humans. The Issue left me question who are the monsters Shrae’s family or the monsters in the hull of the ship. Dark Arks is another example of why Cullen Bunn is one of the premiere horror comic writers.  The Art of Juan Doe art makes these monsters are scary and mystical looking at the same time, not an easy task just look at the unicorns in the issue. The Colorist on the issue deserves a raise love the color palette and color selection even though the Ark is at sea and outside can be devoid of colors inside the ark is a plethora of colors. Another great new series from AfterShock to add to your pull list trust me you’ll thank me later. FOC was Monday but they’re still might be time to squeeze in an order. 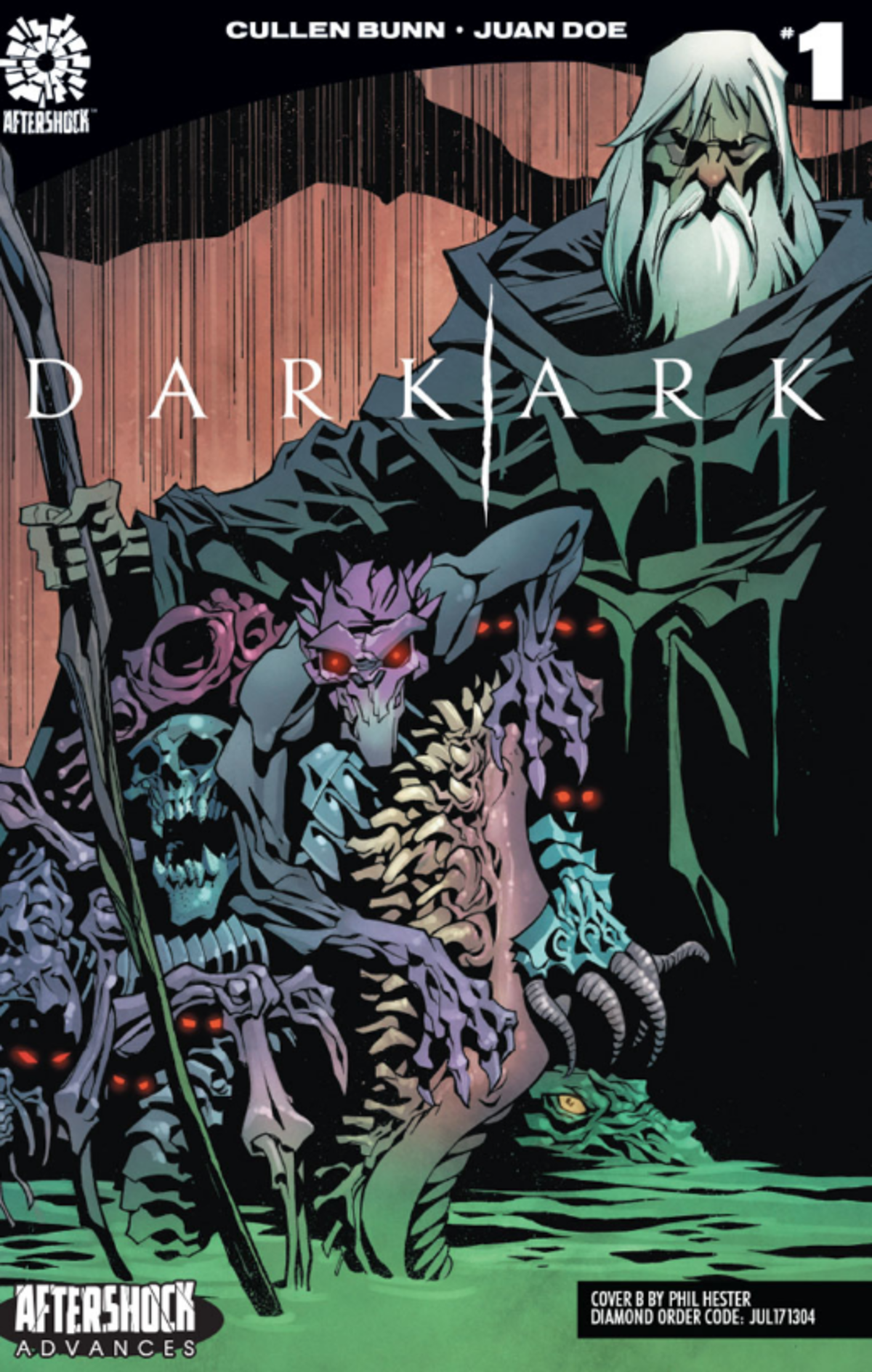